What on Earth is This Lens?! The 18mm That Looks Like a Lens Cap

Quirky lenses are commonplace on crowdfunding websites like Kickstarter, but they don't all get funded and they aren't all quite this quirky. This lens did get funded and is now in the hands of backers.One such backer is Christopher Frost, a photographer and YouTuber who has been following the progress of this campaign for a while.

I've been on a bit of a lens rampage so far this decade, with an article about a 160-year-old Petzval lens and an article about the merits of vintage lenses, and that's only this week. Well, now I'm fascinated by one of the bizarrest lenses I've ever seen. The Funleader 18mm f/8 is for both full frame and APS-C crop bodies, has no controls on it, and looks like a lens cap. As Frost says in the video, full frame bodies will suffer from heavy vignetting.

The lens is cheap and inflexible, but the payoff is in its light and flat build. It was always going to be niche, but I'm not entirely sure who that niche is. Frost suggests lomographers which is certainly true, but I can't help but think the real market for this oddball is in inconspicuous street photography.

What do you think of the Funleader (who gave the nod on that ridiculous name?!) 18mm f/8?

Me. I'm the niche. When I'm out on the streets, I like being as low profile as possible and an 18mm sounds awesome. Unfortunately, I still shoot Canon DSLR.

If you're walking around with a dedicated camera in hand, you're not going to be "low profile" these days no matter how hard you try. If you want to be low profile, get used to shooting with your phone (you'll probably get higher quality images than you will with this lens anyway) because nobody thinks anything of that at this point.

I shoot with my phone all the time (Pixel 3 is awesome) but with my 40mm pancake on my 5D, the reaction is significantly less than when I have any of my larger lenses on the camera. It's not about hiding that I'm a photographer, it's just about drawing less attention.

Big fan of Christopher Frost, super comprehensive reviews. I won't drop money on a lens until I've seen his take on it.

Just use this instead of a lens cap and always be ready shoot in a clutch.

I have watched quite a few of Christopher Frost's videos and I think this particular lens may have won the award for worst quality imagery. I was thinking at first maybe a lens like this would be good for real estate video tours, but man the image quality is downright horrible at f/8. Stopping down will make it nearly impossible to use in most lowlight situations.

You CAN'T stop it down, its a fixed focus, fixed aperture. I mean yeah image quality isn't great, but what do you expect given the price point. I think its a fun little lens, but its far from something any pro should consider making money with.

So it's a digital pinhole camera then.

I has a nice form factor, but for the price, someone starting out in photography and wanting a wide angle field of view that doesn't also need to make phone calls can enjoy it.

The kind of product you buy like... Oh, it's better than a cap, and it's cheap, why not.
But using it, you regret each picture to not have put a real lens...
Just an expensive cap with very very little use.

Just goes to show that there is nothing new under the sun, this is basically a cheap copy of the Olympus Body Cap Lens, albeit at a slightly different aperture.
I bought the Olympus version back in 2013 to put on my very tired and battered Olympus EP1, precisely to be used as a pocket able street camera I can take anywhere, a function at which it excels.
When I can be bothered to dig out a hard drive I will post a sample or two, I have a couple to be going on with though not the best adverts for what it can do, the first is just a straight snapshot in Paris, I like classic cars, the second in Russian with the camera set to grainy black and white.

Edited to add that when I say cheap, that is probably a misnomer as the Olympus 9mm retails at £69, which is obviously far cheaper than this...doh 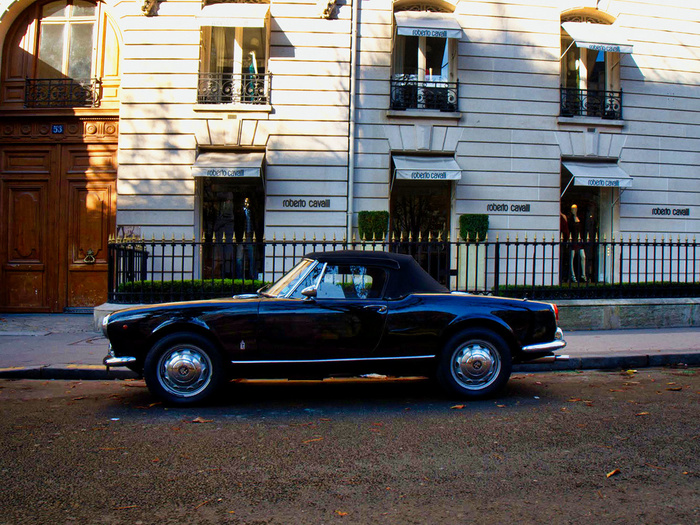 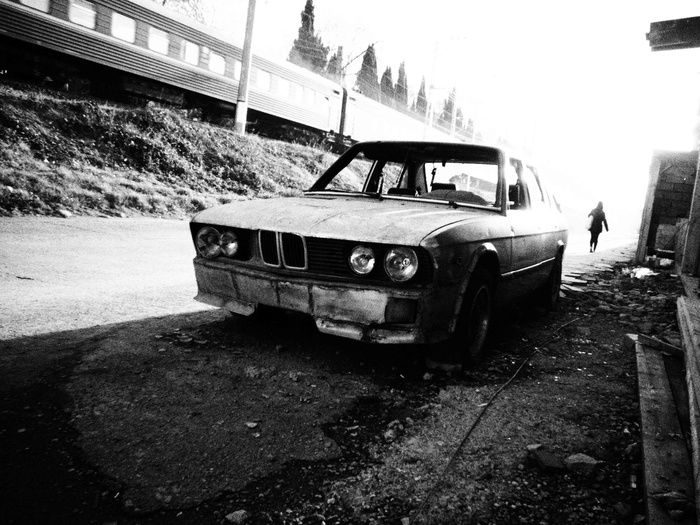