Why You Need (And Don’t Need) Insta360’s Modular Camera

Insta360 is looking to change how we view action cameras, but can they compete?

I’ve spent some time with the Insta360 ONE R, and I don’t hesitate to say it’s one of the best action cameras you can buy right now. With recent upgrades, it’s gotten better too. Can Insta360 compete against DJI and GoPro? Why would you buy a modular camera?

There’s a reason Insta360 has gone modular. A 360 camera is a lot more fun to play around with, but a fixed lens module means serious business. You just can’t beat the 4K or 5.3K outputs from their single-lens mods. The same applies to GoPro’s ecosystem too.

If you need resolution and want your video files ready instantly, then a fixed lens is the way to go. The 360 video market isn’t exclusive to VR headsets and proprietary tech though. Insta360 makes a great case that, using your smartphone, 360 footage isn’t just for professionals.

Insta360 wants to compete with GoPro’s saturated color. So, in post, you can enable an AI-powered “Color Plus.” I’ve had some mixed results with this. Basically, if you’re surrounded by good lighting and bright colors, then this will work nicely.

Most of the time, I think it looks great. However, it’s annoying that Color Plus is applied in post, meaning your phone/desktop will need to spend more time processing the footage. If control over color is important to you, then it's safe to say Insta360 is taking that seriously.

GoPro has Hypersmooth, DJI has Rocksteady, and Insta360 has FlowState. In this test, I’m running with gusto and giving each camera a hard time. It’s also not overly bright outside, not even an hour after sunrise. I didn’t use any rigs; this is just the camera in my hand.

For vlogging, cycling, driving, and anything not overly strenuous, all of these cameras will do fine. If you’re only going to be running, then the winner is GoPro’s MAX I’d say.

Keep in mind that GoPro and DJI’s stabilization is burned into the footage. This is quicker, but doesn’t leave any control. Insta360’s footage requires it to be rendered out in-app. With a new update, their 4K mod can record and mostly stabilize straight in the camera. So, in a sense, the 4K fixed lens mod is closer to a regular action camera. Unfortunately, the larger 1-inch sensor mod doesn’t have this feature, yet.

No action camera works great in low light; that’s a simple fact. In my eyes, these four are all pretty similar. While GoPro and DJI manage to control the noise in-camera, Insta360 leaves it up to the app. It yields decent results, but it takes a lot longer to process. The 1-inch mod performs the best, despite its f/3.2 aperture. So, if low light is something you'll always need, then Insta360's 1-inch mod is probably your best bet. Nonetheless, you're probably better off picking up Sony's new Sony ZV-1 if you need a tiny camera that will perform at night.

The HDR mode on the ONE R is intended for still scenes. I wanted to see how far I could push it, shooting in a dark studio with very bright lights. Aside from the flaring, I think it did a great job here. I know Insta360 isn’t marketing this feature for normal use, but it likely gives the ONE R a larger dynamic range than any competition. That is when it’s exposed correctly. So again, this is a feature that professionals will probably pay attention to more than the average consumer.

Should you get the 360+4K bundle? Or the 1-inch sensor mod? These are questions that will depend on your need, but here’s a brief test indoors. In my opinion, the 360+4K mod will be great for most. Take the 360 mod out during the day, the 4K mod out at night. If you need the ONE R for more serious productions, then the 5.3K 1-inch sensor will give you the bandwidth you need. Here’s a decent comparison between the 1-inch mod and GoPro’s HERO8.

The 1-inch sensor has an equivalent focal length of 14.4mm, while the 4K mod is slightly tighter at 16.4mm. I found that there was a noticeable difference when shooting. The former allows for a lot more room in post, having more resolution,and a wider shot.

Everything comes together in the app, and I’ve had a great experience so far. I won’t get into the nitty-gritty. Just know that it works well and inspires creativity. A few interesting notes are:

I was able to record myself (attempting to) snowboard and easily process and upload my footage to Instagram right after. So, I think it’s safe to say that most people won’t find the workflow too stressful.

The Insta360 ONE R does too much. Literally, look at their home page for this camera. It's voice-activated, works with AirPods, has built-in motion tracking, and that's not half of it. It's like a James Bond gadget. So, in a sense, if you're looking for a simple action camera experience, the ONE R isn't it.

What action camera you buy will probably boil down to how you’ll use it. If you only need a regular single-lens action camera, then the GoPro HERO8 is a tried and true option, maybe the DJI OSMO Action. However, if you think you’ll want a 360 camera, then the ONE R is the option I’d recommend. Insta360’s value proposition is that you’ll get two cameras for the price of one. You’re buying it for the 360 camera, and getting a 4K action camera tossed in. It’s a great deal!

Why would I recommend a GoPro or DJI then? Well, if you don’t need a 360 image, then you might as well ditch Insta360’s app workflow and save some money.

Unless you’re using the 4K mod, you’ll still need to drag the files through the Insta360 ONE R app. Without the app, the files don’t have stabilization and look like the GoPro HERO4. Insta360 uses the metadata and app to make the footage better, and in turn, this makes the camera small and modular.

This makes sense for 360 footage, as you’ll want to reframe the shot and export anyway. It took me a couple of evenings to get the review footage ready for editing. In saying that, I’ve found it quick and easy to throw up a shot or two on my Instagram story. For quick content like that, the ONE R fits the bill.

To reiterate, the 4K mod can record a regular old MP4, with some basic (not FlowState) stabilization burned in. If you want your camera to “just work,” then the option is there. If you want more, then you’ll need to enable H.265 recording. 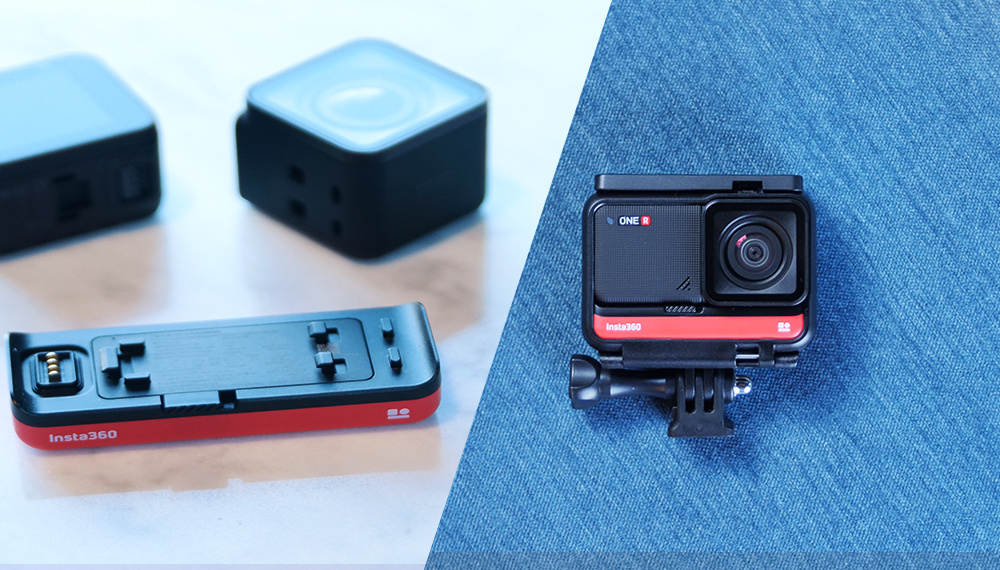 Insta360 has been able to shake things up in the past, and they’ve done it again with the ONE R. It turns heads, and it’s extremely versatile. In fact, it’s so versatile that I don’t think it’s meant for everybody. There’s a sense of excitement that the ONE R comes with, and I can only hope this spurs more competition in the action camera space.

There’s so much to this camera that I’m not going to hit on everything. If there are any unanswered questions, feel free to ask in the comments. 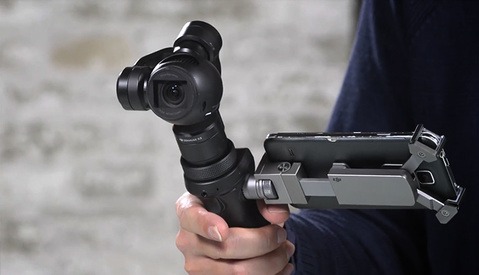 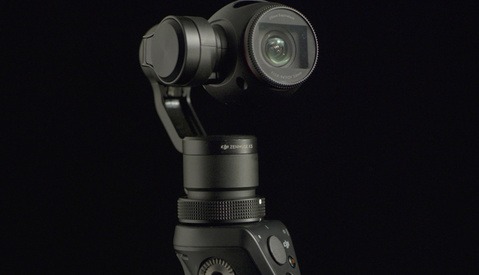 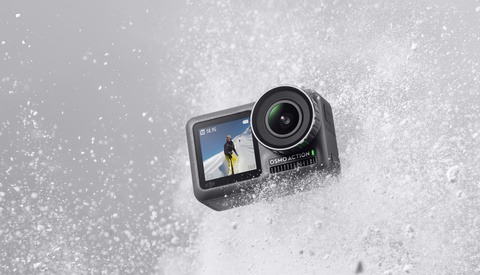