Photographer Prepared For Years To Grab This Epic Supermoon Photo, Which Has Since Caught NASA's Attention

Earlier this week, the largest moon of almost 70 years could be seen around the world. This "supermoon," as it is being hailed, occurred after it appeared 222,000 miles from Earth — to put it into perspective, that's some 30,000 miles closer than the most distant point it ever pops up. According to NASA, that caused it to appear 14% bigger and 30% brighter than what we’re used to. Naturally, photographers everywhere were out in full force trying to grab the best photo. But one image in particular is garnering attention after making NASA’s Astronomy Picture of the Day.

Kris Smith, who took the image, had been preparing to take a shot like this for a number of years. Using an 11-inch telescope attached to a Canon 5D Mark III, he set up base at a local high school ready to snap. He’d been using website Calsky.com in order to monitor his chances of photographing objects in space.

[One] week before the ISS (International Space Station) crossing I received an email alert and approximate path. The path was only about two miles from my house. As the day grew closer I picked a location, the local high school, and [set up] my telescope on the practice field.

His image even managed to capture the ISS zooming in front of the supermoon.

What do you make of his efforts? Was it worth the several-year wait?

That's no Space Station, it's a squadron of Tie Fighters

My first thoughts as well

Nice, but we've seen similar shots a gazillion times, and plain shots of the moon a trillion times.

To be frank, I prefer the other famous moonshot, the one with the people observing the full moon

Yeah, I saw about a million shots of the moon this week, and the only ones I bothered to actually look at has something else in the frame to give it context and a sense of scale.

Wasn't aware we had 8 of isis.

A jaded audience here, I see...

I don't think it's the most beautiful shot of the supermoon, but it's a good one. And I think it was worth the time to prepare it just for the satisfaction of finally taking it. I can imagine his excitement as the space station started moving between his camera and the moon and he thought: "It's working, I'm not missing it!"

That's actually a pretty cool shot considering the amount of images of the moon posted online. I feel the best shots of the moon needed something around it to give it context to make it stand out from the crowd ....here is my modest and not amazing effort. 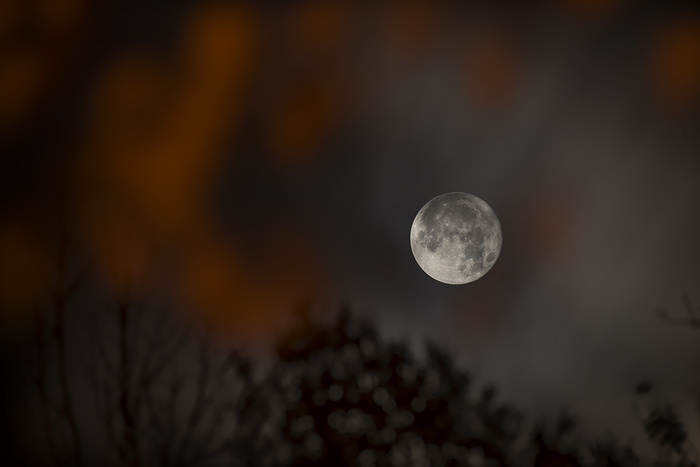 Thank goodness there was a gigantic red arrow pointing to the space station! otherwise, i might not have seen it ;)

It is almost always worth while taking the trouble to plan and set up for a photo. This one is an outstanding example of what that can mean. Some comments say it is 'boring' and that there are other 'better shots of the moon' - none of them, however, showing the space station tracking across the face of the moon.