The red ball used in cricket test matches is difficult to see when it's dark, even under lights. As such, cricket umpires often employ light meters not unlike those used by photographers to determine if the amount of available light is suitable for play. However, one cricket reporter tried to pass off something a bit strange as a light meter: the calculator app on his iPhone.

While talking about a match between South Africa and New Zealand that was apparently dealing with dark conditions, this cricket reporter held up a "light meter" to give his own measurement. There was only one problem: the light meter was the stock calculator app on his iPhone.

Sure enough, the reporter then doubled down, turning to "measure" the light from the other direction and obtaining (unsurprisingly) the same reading. People who watched the match have commented that it was no joke, as the studio commentator later called the reporter out for the ruse, but either way, it's a bizarre and hilarious attempt at bamboozling the audience, who might not know what the photographic device is otherwise. On a related note, you can also use the iOS light meter to help balance your checkbook should you need to do so. 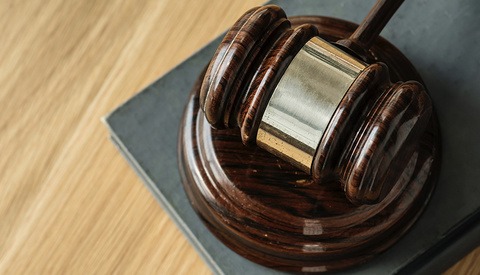 Legal / October 25, 2018
Samsung Sues Their Own Ambassador for $1.6 Million for Using an iPhone 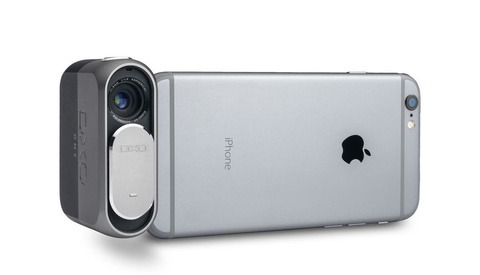 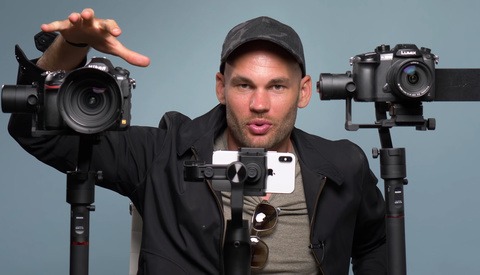 "it's just not cricket" Cricket lovers will be familiar with that lament.

The enthusiasts of cricket, if someone is behaving outside the normal accepted etiquette or rules, will say "It's just not cricket!" A good example would be years ago when Australian cricket captain Greg Chappell ordered his younger brother in a cricket test match to bowl the last ball "underarm".Normally the ball is "bowled" (pitched would be the baseball equivalent)with an overarm action.The batting team needed a "six" (where hitting he ball over the top of the boundary brings up six runs) off the last ball to win the match. Bowling the ball underarm along the ground where the ball does not bounce ,means you cannot hit it in the air and over the boundary. Bowling underarm which goes back to the early days of cricket,over a hundred years ago, is still within the rules, but this was deemed very unfair and not good sportsmanship. While this incident happened many years ago the people involved still have to live with it.Another example which is deemed not cricket is where a fast bowler will bowl too many short pitched deliveries(bouncers) aimed at the batsman's head.They are allowed at most 2 of these deliveries an "over".(6 balls in an over). In general in Australian culture , and other cultures where cricket is played, the term "it's just not cricket" applies to lots of things that are deemed unfair or are false or outside the rules. Hence this reporter is behaving badly and "it's just not cricket!" Often in cricket matches the umpires use a light meter to determine if it is light enough to safely play the game. Cricket is now being played a lot under lights these days so a light meter is not always required. Players will leave the field if the light is not good but may return if the light improves. It is all in the interest of safety.We had a sad incident a couple of years ago where a top Australian player was struck on the back of his neck while batting and died. I played a lot of cricket myself when younger as a fast bowler. I hope that is useful Alex. Ps. If he was intentionally joking as claimed I like it.

That's super helpful! Thank you for the explanation. I've definitely said "that's not baseball" to plays that were sidestepping the rules. I'm still trying to learn cricket, though. As for him intentionally doing it, that article seemed to interpret it that way, but it didn't really provide any evidence I could see, and comments from a few people who watched the entire broadcast said he wasn't. Either way, it made me laugh!

I am glad that's helpful Alex. For the un-initiated cricket is a bit baffling.I have included a link to my blog about cricket on the famous Adelaide Oval.I love photographing cricket, as an amateur, and have thousands of images I have taken over the years. cheers.

That's awesome! Thank you. I've been involved with baseball my entire life, and yet I am awful at understanding cricket!! Your explanations are super helpful.

If you think Cricket is hard to understand. Farnarkling is much more convoluted

Haha! Probably could've gotten away with it too if he just inverted the screen colors.

Yes, in an article dated the 19th March! Sorry Alex but this is an old one.

Yes, I know! Still worth a laugh!

Hi, I am from New Zealand and I can provide you with some context, both as a photographer and as a cricket enthusiast. Firstly, the "reporter" is actually a commentator for the TV company that televise cricket in NZ (Sky Sport). Is name is Craig Cumming and he had a short and somewhat unspectacular career in the NZ cricket team (the BLACKCAPS) before becoming a commentator for Sky Sport. The segment was very much a tongue in cheek joke on two main levels. 1// Wellington, where this game was played, is notorious for very strong winds and inclement weather, hence why Craig was dressed like he was preparing to hike up Mt Everest (it gets really cold down there with the wind, considering cricket is a summer sport). With the poor weather comes clouds and rain leading to... 2// Cricket, requires a certain level of light in order for players to be able to play. When things get gloomy the umpires will put out their light meter and conduct a reading. But here's the kicker (and the point of Craig's skit), the umpires don't/can't/won't share the light meter readings with the viewers/fans. If it is deemed too dark, the batsmen will be offered the opportunity to leave the field of play without having to go back on and resume the game until the light level is back to an appropriate level (whatever level the umpires have determined). If this is near the end of the day it usually means an early finish (good for players, not good for fans/viewers), but they then try and start early the next day.

Also, this particular ground in Wellington, the Basin Reserve, doesn't have any floodlights.

Happy to answer any questions!

Ahhh, it's great to understand what was really going on here. Thank you, Bruce!