Advice From the Best Cinematographers of 2018

The Hollywood Reporter recently sat down to discuss the art of cinematography with some of the best directors of photography in the business.

It's January in Los Angeles which means two things. One, the weather is, well, exactly the same as it would be in June. This is Los Angeles, after all. And, two, it's award season. The time of year when half the city wakes us unreasonably early to find out who has secured Academy Award nominations and who they can call to try and get in touch with that person.

Every January, The Hollywood Reporter sits down with a host of awards season hopefuls in different disciplines to discuss their approach to their craft. This year brings not one, but two conversations with some of the best cinematographers working today.

For filmmakers out there, each 15 minute conversation is a wealth of knowledge and a bit of trivia. For instance, I had no idea that James Laxton, the cinematographer of Barry Jenkins' James Balwin adaptation "If Beale Street Could Talk" as well as the Academy Award winning "Moonlight" is also the son of Aggie Guerard Rodgers. Rodgers was a costume designer on films like "Return of the Jedi," "Beetlejuice," and The Color Purple."

She also was costume designer on "Fruitvale Station" which was shot by fellow roundtable participant Rachel Morrison, who last year became the first female to be nominated for an Oscar for cinematography for her work "Mudbound," and returns for a chance at the podium this year for the Ryan Coogler directed "Black Panther."

Quick note on Coogler, Morrison lets slip during the interview that the director prefers the 30mm lens the majority of the time. As lens choice is an essential tool in filmmaking, it would be interested to go back and rewatch "Black Panther," "Creed," or "Fruitvale Station" and wonder how that choice effects the mood of his images.

Very few Oscar nominees this year will have a more pronounced mood than "Cold War," lensed by the Polish-born Lukasz Zal. Following up on the equally beautiful, "Ida," Lukasz discusses his choice to shoot both and black and white as well as a 4:3 aspect ratio, explaining that the taller frame allows him to show off the characters surroundings in a different way. These surroundings help tell the story and add texture to the film.

In the second piece, Linus Sandgren ("First Man"), Chayse Irvin ("BlacKkKlansman"), and Matthew Libatique ("A Star Is Born") sit down to discuss their collaborations with directors as well as their opinion on directors such as Alfonso Cuaron who have taken to shooting their films themselves.

Important themes is the second section are the value of diverse voices in the filmmaking process and the importance of listening. I like how Libatique puts it best, asserting that the camera is a "shared object" between director and cinematographer. I think that's an apt way of describing the process of creating a moving image in a room full of talented collaborators.

Have a peek at the videos and let the words of wisdom help you to become a better filmmaker. Maybe when next January rolls around, it will be you sitting at the roundtable discussing your own work.

Posted In:
Interview
Opinion
Videography
via:
The Hollywood Reporter
2 Comments 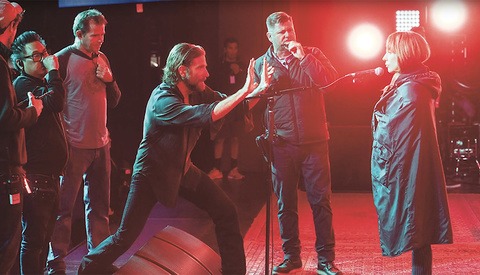 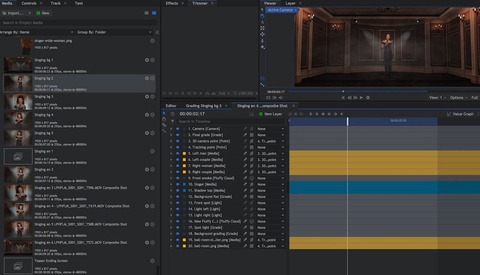 Introduction to Video A Photographer's Guide to Filmmaking
With Lee Morris and Patrick Hall
$199.99
Log in or register to post comments
2 Comments

thanks Christopher... how's the Canon C series working out?

Good. I just shot a big campaign on it last week. I split time between that and my Fuji XT-3 (for the gimbal shots). But used the C200 as A camera as well as to grab interview footage for the client. Hooked up that Teradek video link so that I could have a remote video village going also. Worked out well.