Morgan Maassen is a blossoming surf photographer with many notable photography achievements under his belt at the ripe and youthful age of 24 years old. Already nailing covers for some of the industry's most recognizable magazines, Maassen has made a name for himself and his unique photographic style in the surfing world. Maassen's work often borders the line between an ethereal, dreamlike universe and a sharp contrasted reality of life on the water. Fstoppers had an opportunity to sit down with Maassen and ask him a few questions about how he got to where he is, what inspires him, and how he approaches underwater photography on a daily basis.

Maassen grew up surfing in Santa Barbara, California. Drawn to the ocean, he began incorporating his love for film and photography into the water. Following a school film project, titled "The Stoke of Surfing," he was officially hooked on chasing the visual documentation of surfing. From an early age he was greatly attracted to the ocean. Son of a sea urchin diver, he was born into the water; It was only a matter of time before his art and passion followed suit. Today, Maassen continues to build industry accolades, from recently nailing the cover of Outside Magazine to having his images featured as desktop backgrounds for Yosemite, Apple's newest OS. His work is both beautiful and intriguing as he embodies why many of us where drawn to photography and film to begin with. 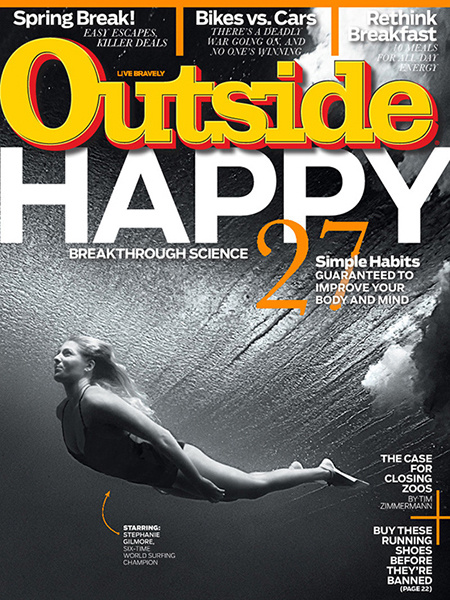 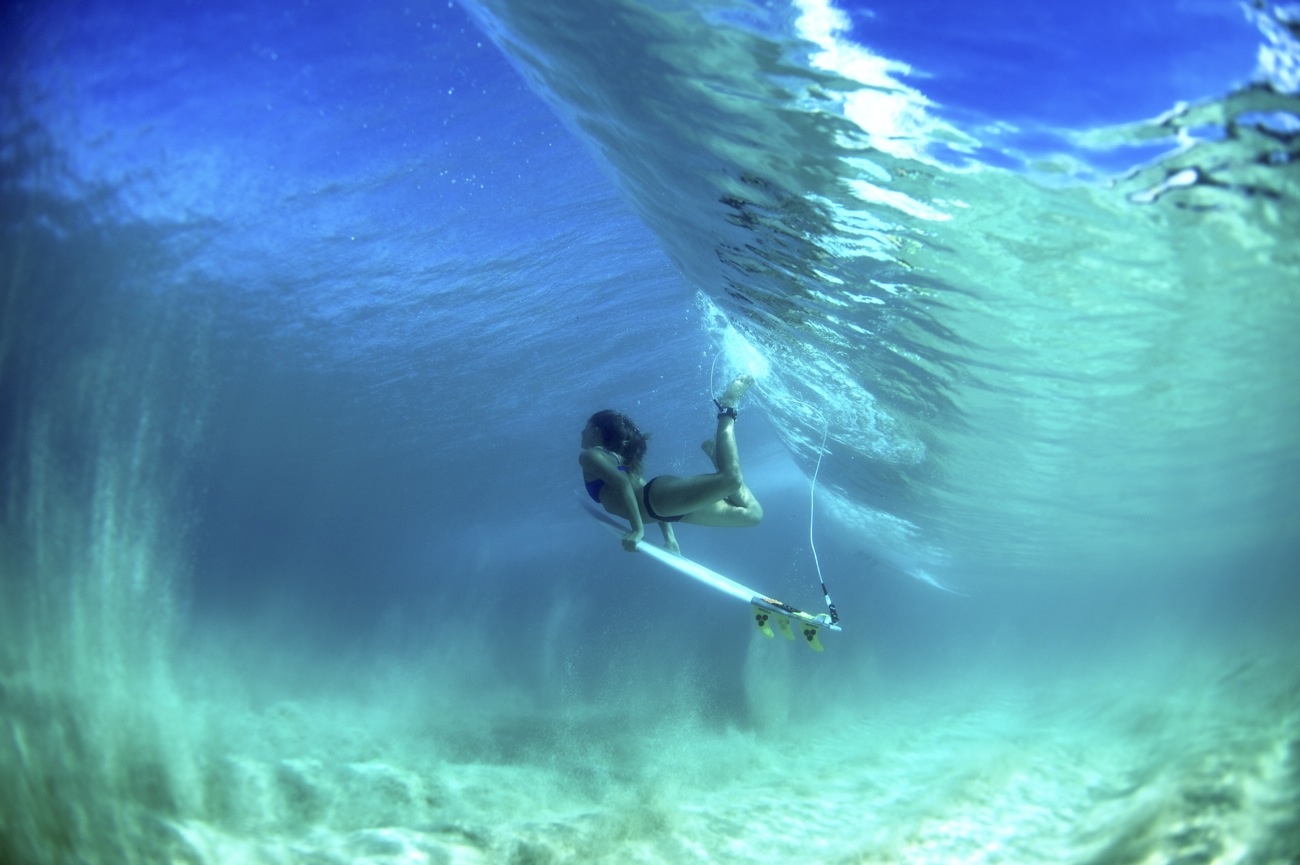 Inspiration is huge for art and photography. Having a strong family or friend network that pushes our passion and allows for the creative mind to grow is key. Maassen talks about the inspiration found in his parents and his friends beginning from a very young age. "My parents worked tirelessly to make sure we got great educations," Maassen says. "Our family holidays were steeped in adventure, culture, and the arts, which continuously inspires me to this day." Maassen found art advice, inspiration, and direction from a deep network of colleagues and friends who had a shared passion for photography and filmmaking. "My best friends in my teenage years, Brandon Smith, Trevor Gordon, and Tosh Clements all influenced me immensely in various ways. Brandon and Trevor are incredible surfers and were the catalyst for all of our adventures, while Tosh explored photography in his own manner and opened my eyes to a lot of new things." Maasen continues, "Shawn Stussy is a close friend. [He] gave me immense guidance through art, design, and style. Will Adler is one of my best friends and has inspired me from day one with his genius... he is unquestionably my favorite photographer, and an incredible artist."

Maassen is relatively young for a having accomplished so much in his work. He is 24 years old, but has a self-proclaimed strong work ethic instilled within him and in practice since he was 12. Like many from today's generation, Maassen learned a lot from the internet. These days if you have an interest in something, you can figure a lot out through Google and hands-on practice combined with a tenacity for success. "Working tirelessly on my website, blog, and social media presence is what got the ball rolling for jobs and opportunities," Maassen says. 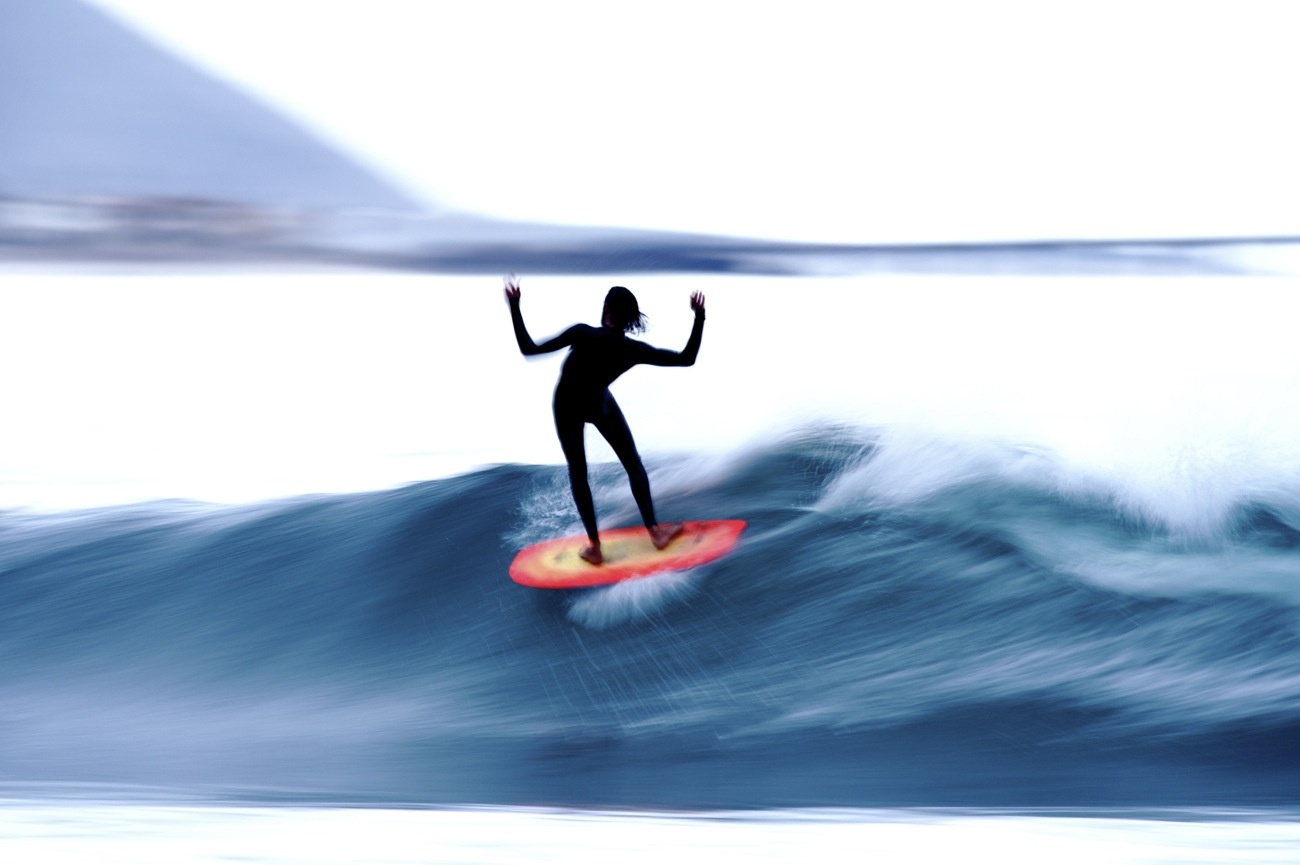 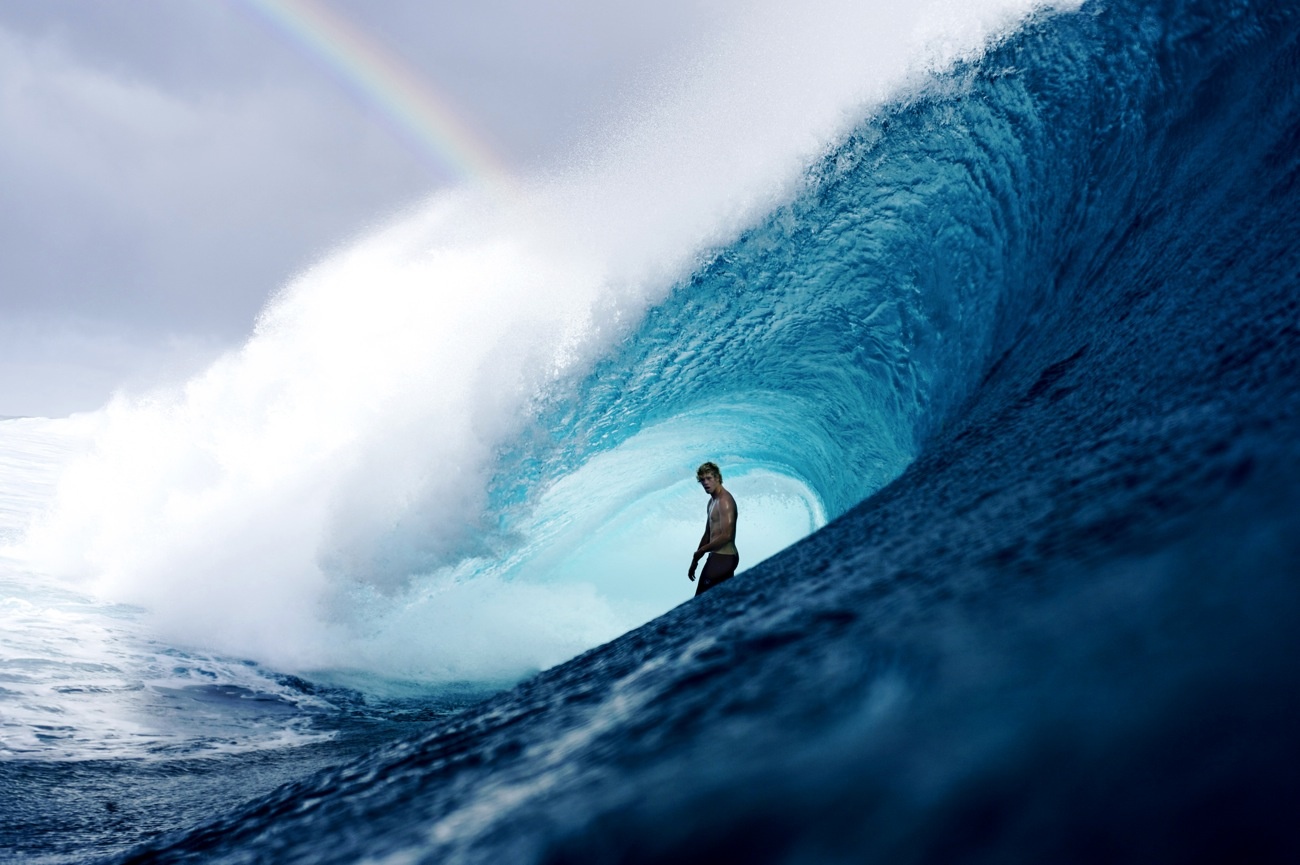 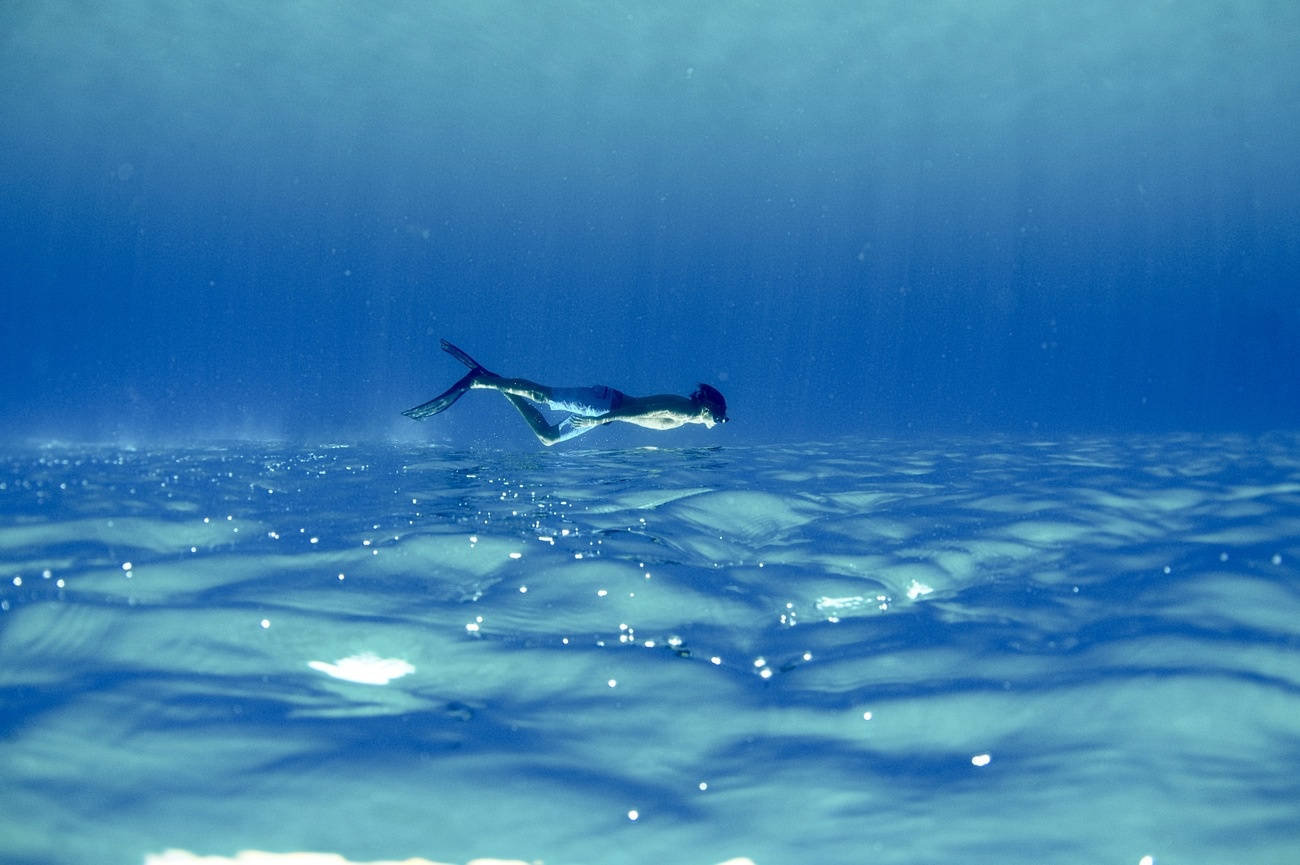 Maassen is a dedicated surf photographer. He grew up surfing and always had a passion for the ocean. Taught by his father at the age of 7, the love for the water and fruits of the ocean became fuel for his art and work ethic. "I would spend any free moment I could surfing, which only strengthened my fascination with the ocean and desire to document my passion," he says. "Surf photography is symbiotic with travel, which seriously excited me as much as the subject matter." Maassen has traveled the world for work. From magazine assignment to personal exploration, he has sought out some remote corners of the ocean, laden with picturesque surf breaks. "Of all the places I've visited, the one I reflect on the most would be North Western Australia, camping under the stars in the Kimberly mountain range. It's surreal to realize I was truly on the opposite side of the globe from my home and family, and even a day's worth of travel away from the nearest cell-service. The beauty of the earth there, the crazy fauna and flora, it was like a dream." 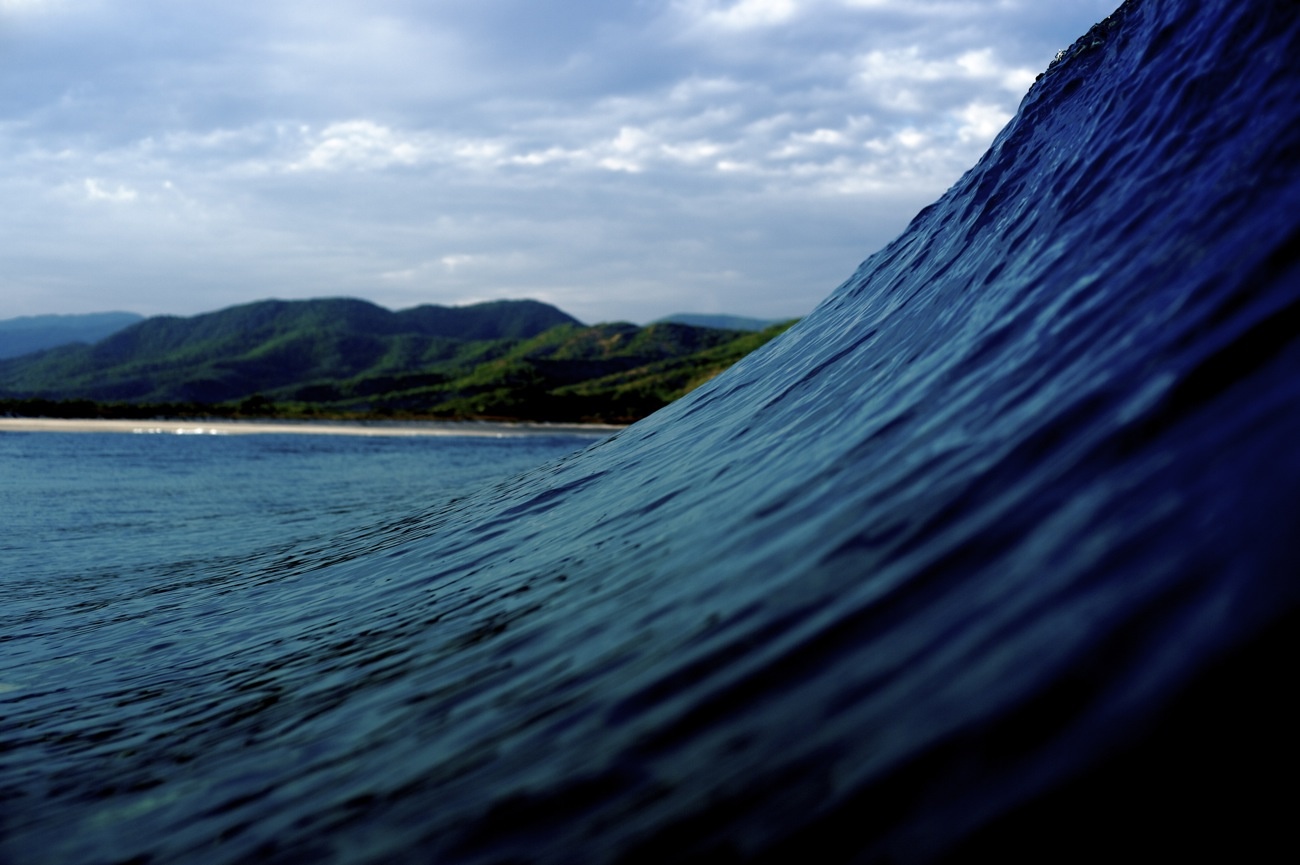 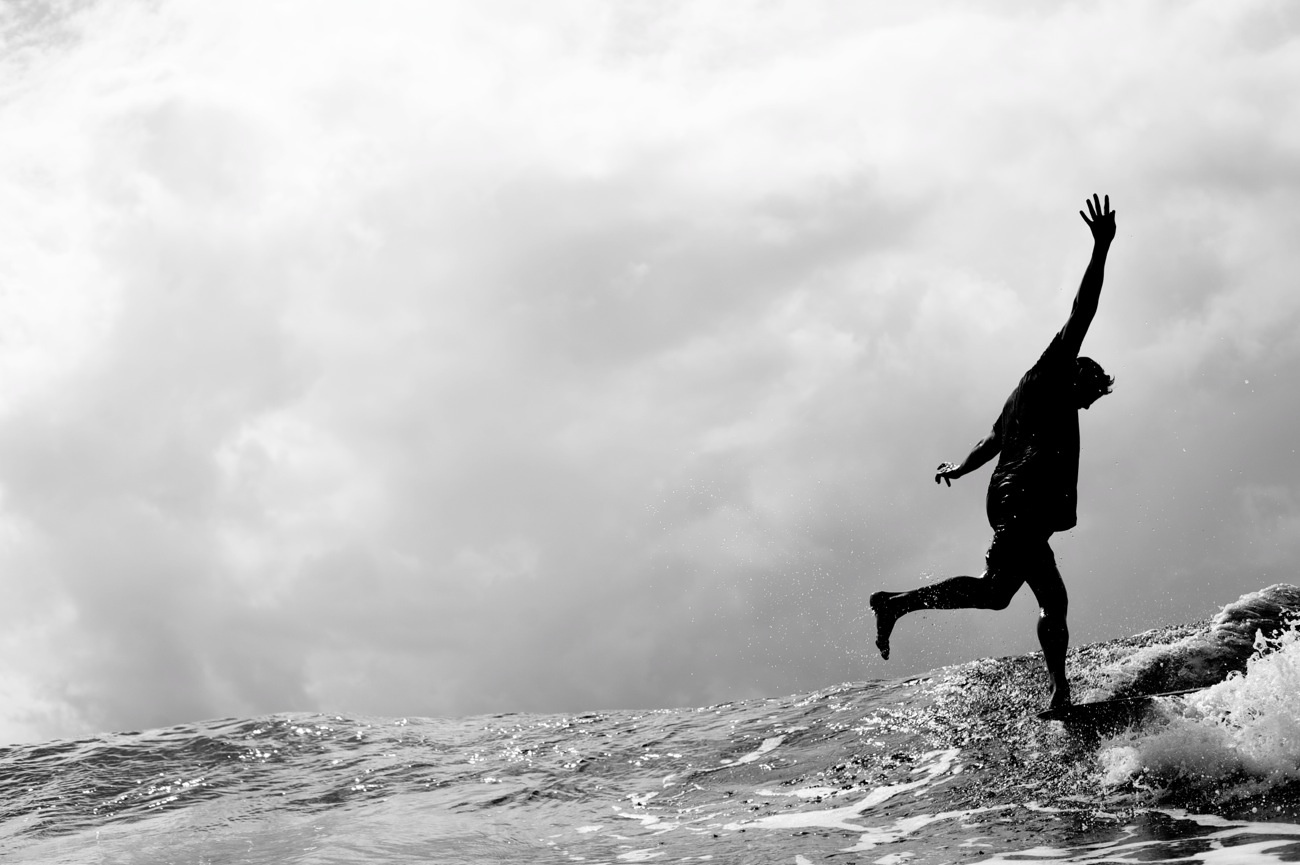 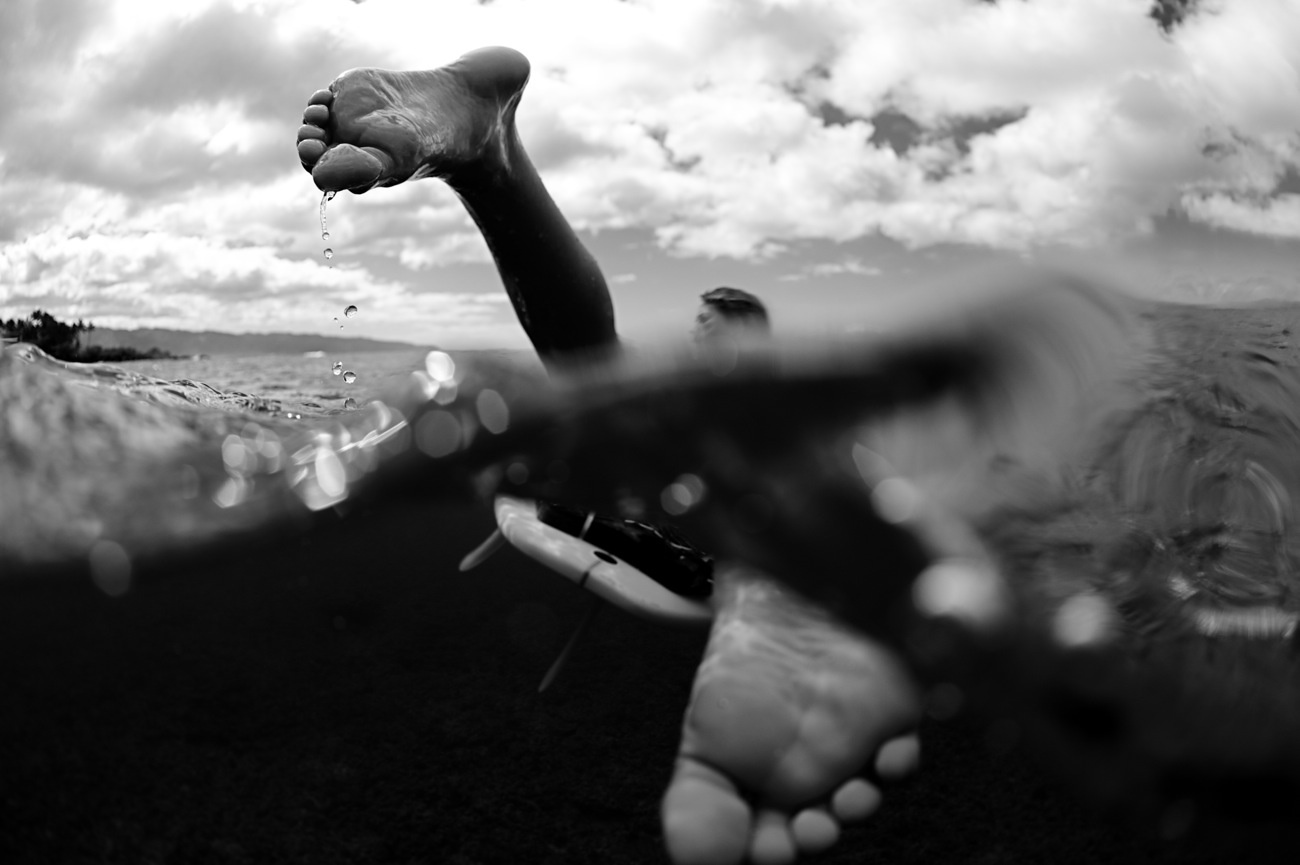 Surf photography is inherently tricky: dealing with the elements as well as fighting against currents and location to create a one-of-a-kind photograph is extraordinarily difficult. Many times, a session swimming in the ocean can result in some sore legs, a few encounters with the reef, and not a single sound photograph to show for it. Like many surf photographers, Maassen has his own techniques for nailing his shots. "I keep things pretty simple in my water housing. I always [use] auto-focus so I can shoot at higher apertures in lower light (if/when needed), whereas a lot of water housing shooters set their focus to infinity, manually." Preferential to say the least, figuring out the best method for focus hinges greatly on experience and learning from mistakes. "[A] massive memory card and full battery are essential; Sometimes a one hour swim can turn into five hours, one thousand photos and some video too! Keeping water off the port is as simple and disgusting as licking a clear film of spit over it, and dunking it several times. I [normally] keep the ISO low and shoot at high shutter speeds, unless I'm shooting for that morning/evening motion blur effect. I love [shallow] depth-of-field, and usually favor my 35mm and 50mm f/1.4 lenses."

Many times it comes down to being in the right place at the right time. Large volumes of water swirling around, fighting currents, and being exposed to wildlife is just part of the territory. "I try to be as calm as possible, and exert as little energy as possible. I like to drift in my ideal position, and be ready to move at a moments notice. It's like walking a tight rope," Maassen says. His experience as a surfer gives him the necessary cues to get into the right place. Wave knowledge and understanding of the sport are incredibly important to predict how the ocean will react at a moment's notice. "There are so many wrong places to be, and one simple, minute right place. But being able to get out of that place to avoid danger like a rogue wave, sharks, currents: that requires you to swim like hell!" 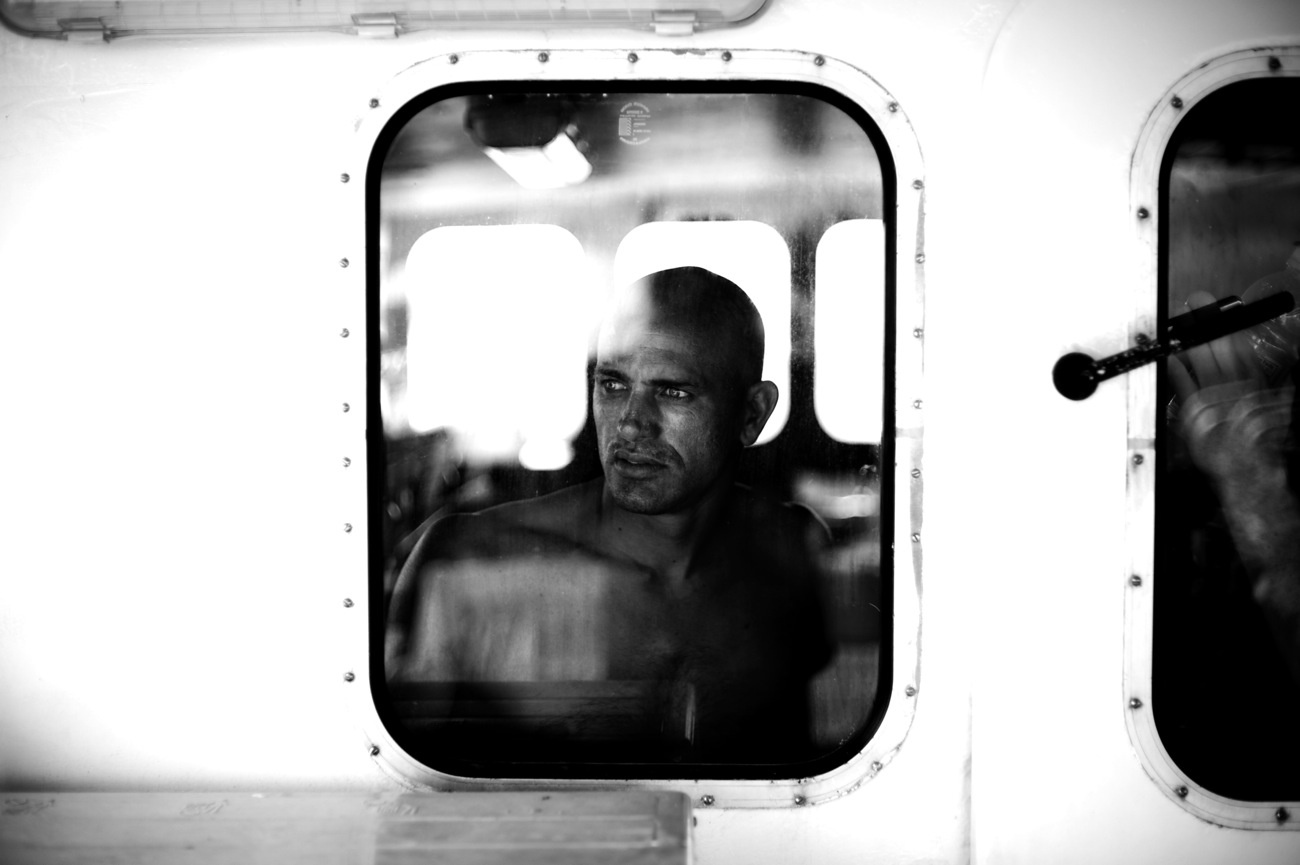 Maassen's work continues to impress and take the industry by storm. Great artistic talent in film and photography combined with an abnormally strong work ethic allows Maassen to literally be everywhere at once. Maassen's style incorporates the bright natural colors of a tropical environment. Sometimes finding details in the darks, he uses silhouettes and high contrast to create a unique vision of the world around him. Expect to see more of this young talent as he spreads his wings more and more in the world of water-oriented documentary photography. 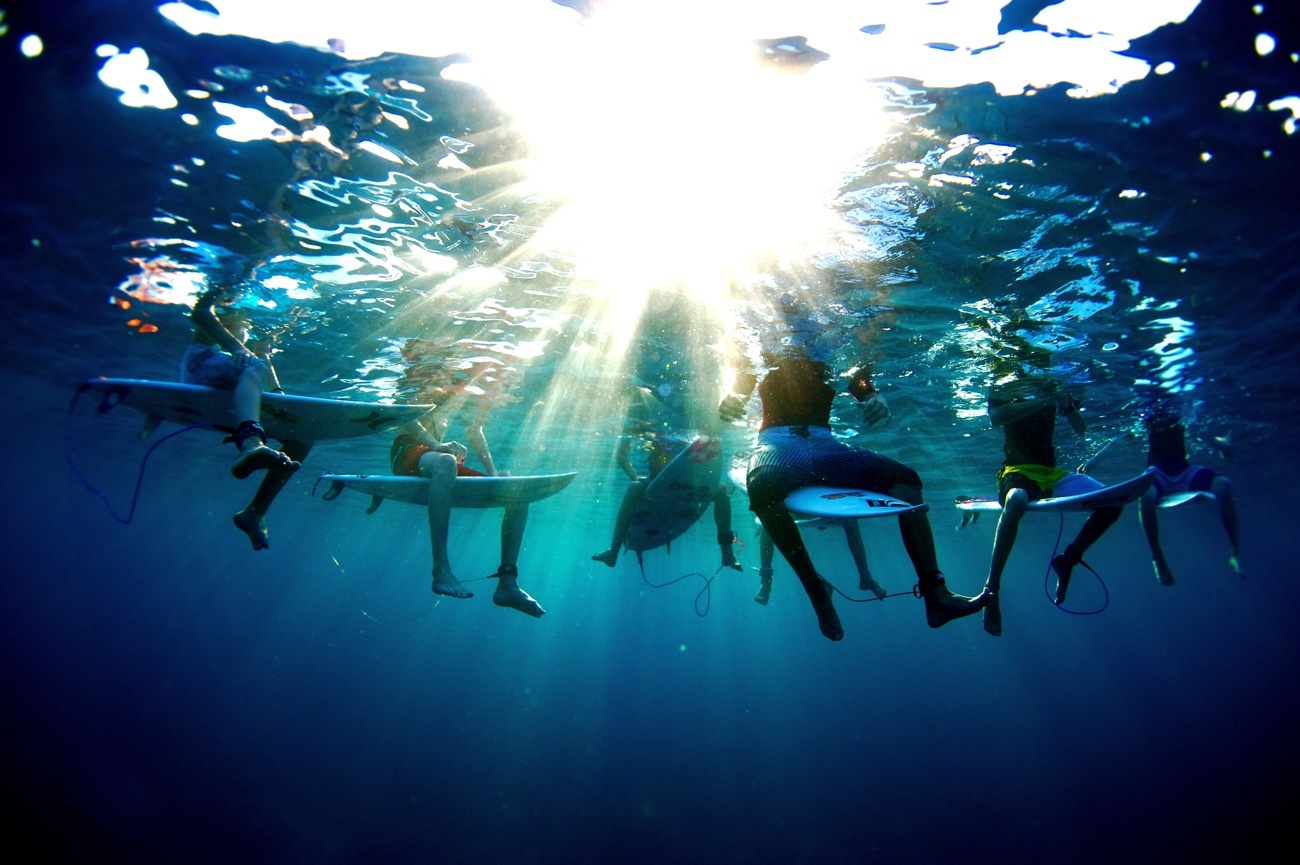 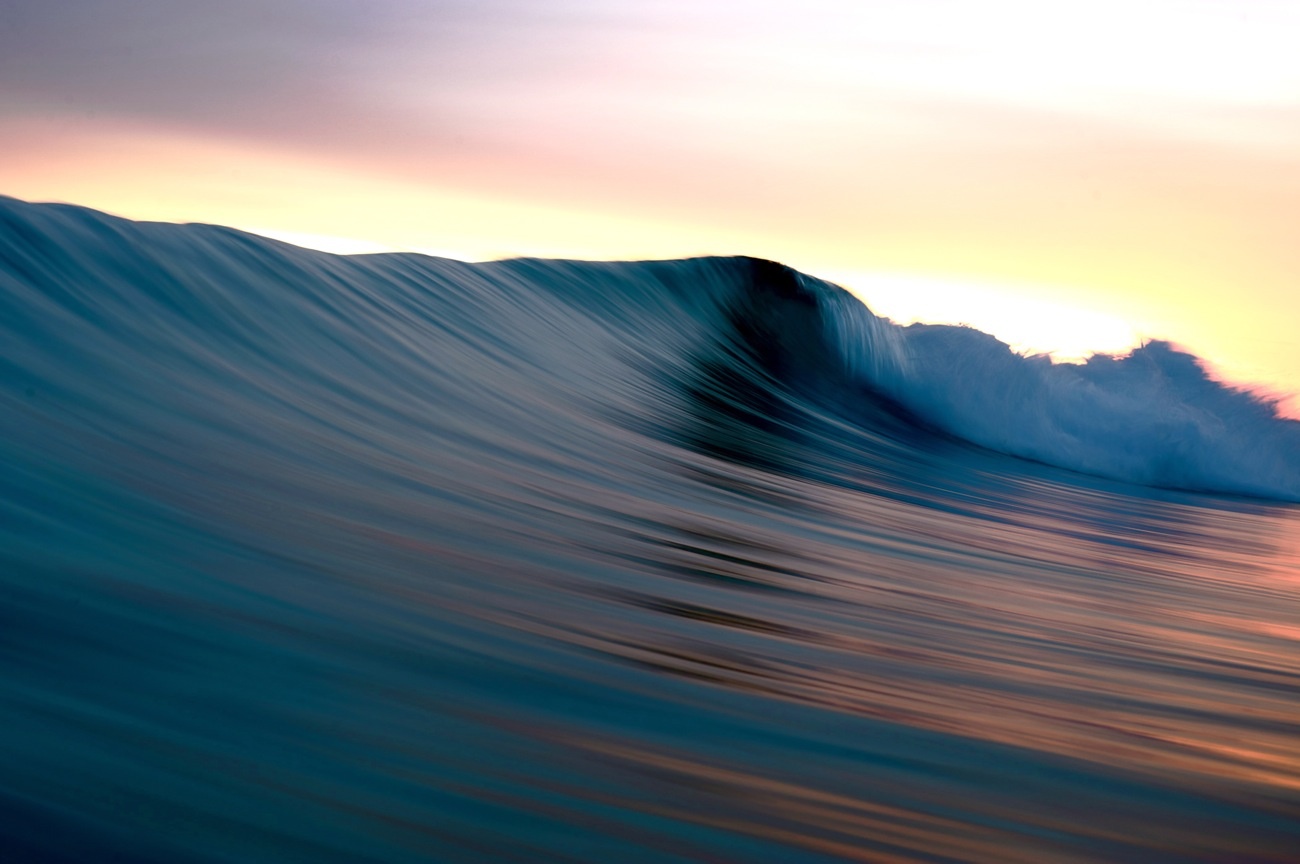 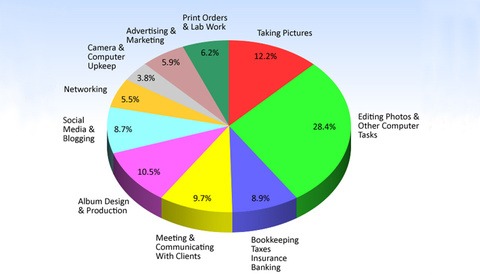 Opinion / February 4, 2013
How to Manage Your Administrative Tasks as a Photographer

awesome shots!! i want an underwater housing for my camera for a trip to mexico soon!

How embarrassed I am to admit I've been bored with the recent photography I've consumed (I'M the one at fault)... but these pulled me right back in like a rip tide.

The last photo is a background found in OS X btw. Baller. Morgan's work is amazing. Follow him on IG for daily goodness.

you are correct... I mention that in the article.