The Guilty: Making Movies With Intention in the Time of COVID

Intention in filmmaking has the potential to elevate movies. As a photographer, watching a movie with thoughtful cinematography is my favorite way to pass a Friday night. Maz Makhani’s work on The Guilty, starring Jake Gyllenhaal and directed by Antoine Fuqua, is an example of realizing this potential.

The Guilty is a remake of the 2018 Danish film, Den Skyldige (The Guilty). Briefly, the film focuses on Gyllenhaal’s character, Joe Baylor, an L.A. Cop who has been pulled from the streets and posted as a 911 dispatcher for some unknown reason. Baylor receives a call that pulls him into an investigation that he directs from his 911 call center. Certainly, Gyllenhaal’s acting is the linchpin to the increasing boil of the movie. Makhani’s work with Fuqua lifts the film beyond the intense character study into something quite beautiful.

Fuqua was forced to direct the film from a remote location due to a COVID scare just before production started. Fuqua directed the film by talking to Makhani and Gyllenhaal by phone. I typically ask cinematographers what their collaborative process looks like. While I thought remote collaboration might be challenging, it was not a significant obstacle for Makhani and Fuqua. Because Makhani and Fuqua have worked together on a few projects (Ice, The Equalizer 2), Makhani explained that they’ve had a chance to find a common aesthetic. While working on a project, both Makhani and Fuqua will often have the same emotional response to a particular composition, camera movement, or light. Together, they work to create a world that retains its gritty realism but has a sense of underlying beauty.

How to Make a Great Film: Cultivation and Intention

Instead, I asked Makhani to explain how he believes great films are made. Makhani explained that he believes films are a process of exploration and discovery. Very much like the trope that artists birth their work, Makhani told me that each film is crafted through an organic process where the cast and crew work to help the basic bare-boned story grow or evolve into a movie. For Makhani, the best filmmakers can feel a story’s potential and then go on to make the technical decisions to cultivate it. 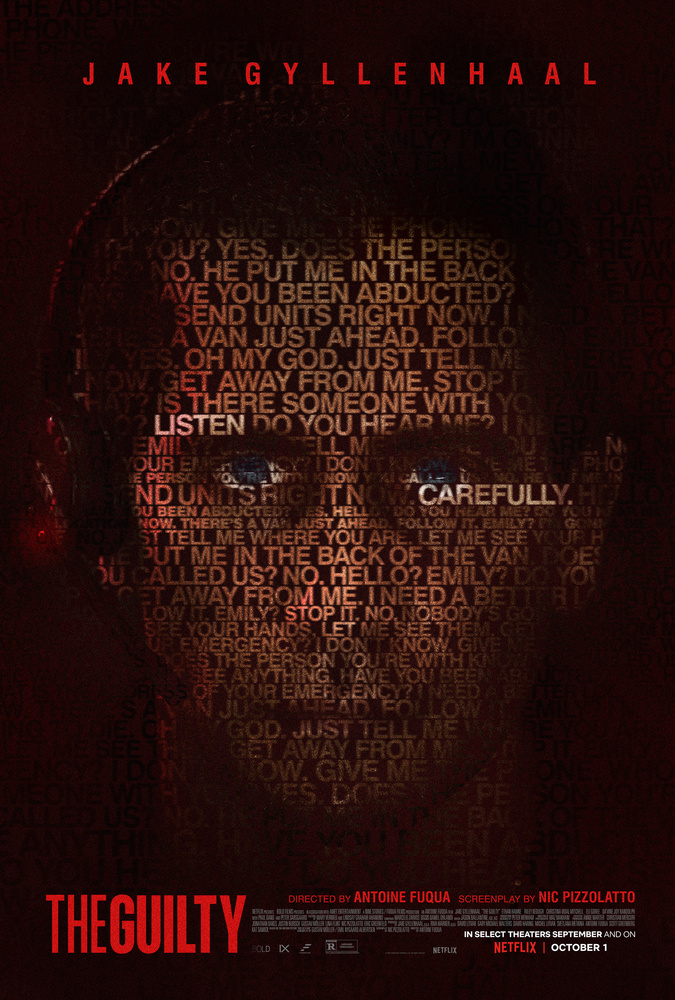 Despite the use of remote directing, Fuqua and Makhani were able to finish shooting the film in just 11 days. Makhani explained that they had three cameras setup for each shot, including a 600mm anamorphic lens. This allowed Makhani to shoot establishing shots, medium shots, as well as the close-ups that are used so well to ratchet up tension all at once. Jumping into super-close-ups to focus our attention works well to amplify the intensity of Baylor’s world. Likewise, partly due to COVID restrictions, partly due to Makhani’s choice of long lenses, there are times when Baylor is framed in what seems to be an empty room. At times, action and people swirl around him; at others, he seems alone. Shooting this way helps the audience to see that Baylor really is alone in dealing with both the immediate action of the story as well as the isolating him to deal with his own journey all alone.

Beyond Gyllenhaal’s constant menacing boil, Makhani’s lighting is the key to understanding the story. Without giving anything away, Gyllenhaal’s Baylor moves through a few stages of self-examination or self-discovery. At each stage, Makhani dims the lighting around him to reflect Baylor’s journey further and further into himself. Like Dante’s Inferno, Baylor travels deeper and deeper into a metaphorical hell before arriving at a moment of true understanding. Makhani seems to be growing shadows around Baylor as he descends. By the end of the film, once Baylor reaches the end of his journey, we find ourselves in a brightly lit white room, clinging to the last of the shadows. Here, for Makahni, Baylor isn’t hiding anymore; he’s come face-to-face with his demons. Throughout the film, Makhani’s lighting acts as a guide for us to see just how far Baylor has strayed from the straight and narrow until he finally finds his moment of catharsis.

Fuqua’s 911 call center is punctuated with bright red goal lights that flash on when an operator connects to a caller. Despite the cool tones used to light the rooms, Makhani uses this glow, as well as the red pinpoint glow of Baylor’s earpiece to bathe Baylor in an urgent glow. Again, as Baylor moves deeper into his journey, the red lights become more intense, to the point that they are the main source of light as Baylor reaches his final moment of reckoning.

Movies can be great for a lot of reasons. Story is clearly an important aspect. Acting is critical; bad acting can foul the most interesting directing and cinematography. However, it’s movies that manage to use intention in acting, directing, set-design, and cinematography that really set themselves apart. In this case, Makhani’s use of lighting and lens choice really do amplify the already intense story of The Guilty.

All images provided by Netflix. 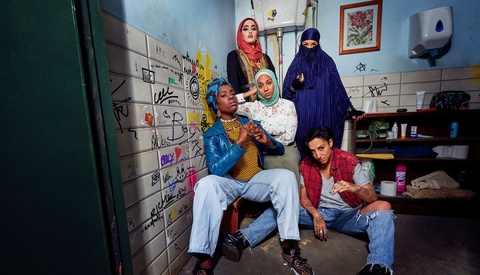 Interview / October 14, 2021
We Are Lady Parts: A New Way to Tell Stories About Bands 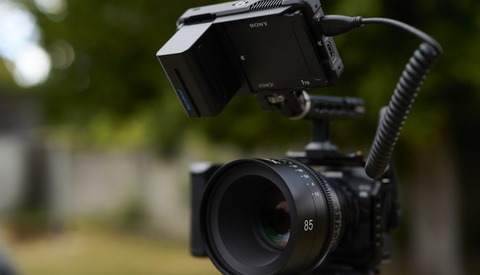