How Keeping a Diary Can Make You a Better Photographer

One of the best tools you can use to progress as a photographer is one that anyone can obtain without a single dollar being spent.

My shoot wrapped early today. For a good reason. Not because it went badly. It was just one of those rare moments when my dog got to spend a few fewer hours alone than he thought he would when I left the house early in the morning and put down his food and water.

Now, a normal person might consider this gift of free time to be a perfect opportunity to see a movie or catch up on social media. And perhaps those activities would have been just as rewarding. But, being a workaholic in both the best and the worst senses of the word, I opted instead to return to my office to finish a task I’d spent the previous evening putting into motion.

What was the task? Was it something exciting, like planning a big shoot? No. Was it something super glamorous, like arranging my portfolio or lining up tearsheets for a promotional package? Well, no, not that either. Instead, the task at hand was decidedly more mundane.

As someone who is both a photographer and a cinematographer, I have to be equally adept at lighting my scenes with both flash and continuous light sources. As a still photographer, I’ve always prided myself on getting the final look of my images in camera whenever possible. Sure, you can do wonders in Photoshop. But, if you work in advertising as I do, where you are constantly surrounded by an entire team of client executives literally judging every image you shoot the instant you press the shutter, the idea of depending on post-production to achieve your special “look” is not advantageous. In fact, most times, you will shoot straight to a client’s hard drive, so waiting for post to “finish” an image may be downright impractical.

This goes double for cinematography. Sure, you can do amazing things in a color grade to bring an image to life. But, if you are trying to achieve a specific look that will survive post-production and come out on the other end, at all resembling what you had in mind, it behooves you to get the original image as close to finished as possible before the matter is taken out of your hands. 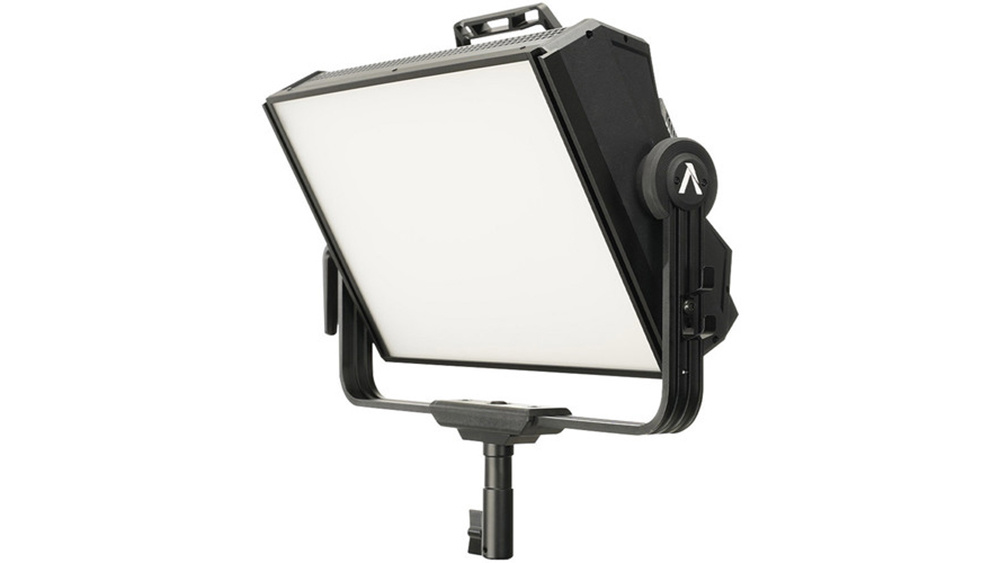 It is for this reason that I spend a rather inordinate amount of my free time doing camera and lighting tests. I want to know exactly what every feature and menu item in my gear does prior to getting on set so that I know what and what not to try long before I am ever under the client’s judgemental gaze. In the case of yesterday, I was putting my Aputure Nova P300c RGBWW LED panels through a battery of tests. For those who don’t know, they are continuous RGB panel lights that most closely resemble something like an Arri Skypanel but with a lighter price tag. They can range from standard daylight and tungsten color temperatures to everything in between. So, you can either shoot “normal,” or you can go full Euphoria and put bold colors into every inch of your scene. They even have effects templates, such as police lights or firelight, which you can flip on with the press of a few buttons. I’ve put more than one of those to use since I’ve had them. But, for less dramatic shifts in saturation, you also have the option of using more traditional gel effects that have been commonplace on movie sets for over a century. Things like just adding ¼ CTB to cool off a scene. Or adding a hint of magenta or green to correct for a light that doesn’t have quite the right tint.

The list of gels one might apply to a light source is endless. And this point was further driven home to me yesterday when I set about creating my visual reference manual for every built-in gel included in the P300c’s firmware. Thankfully, because the light has the gel effects built-in, it’s a fairly painless process to change from one to another. No more getting up and mounting a physical gel in front of your light. Now, just a simple twist of the dial will get the job done. And my goal was to create a reference frame for the effect that every single option available to me would have so that the next time I was on set, selecting the perfect gel for the moment would be far more efficient. 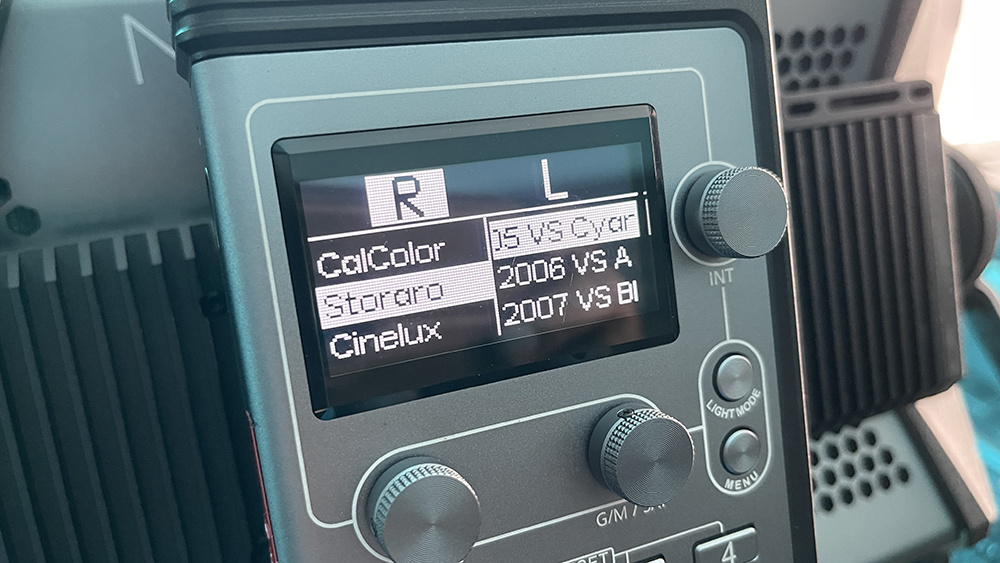 I’m one of those people who still remember going to the barber as a kid and seeing those posters on the wall with a photograph of the various popular hairstyles the barber could provide. Did I want a fade, a high fade, a flat top, a part on the right, a part on the left? Those aging posters on the wall had clearly seen better days after what seemed like decades affixed to my barber’s faux wood walls. But being able to simply point to my desired hairstyle, rather than having to describe what I wanted, made my life as a kid worried about his junior high school reputation that much easier.

This inclination to want to just point at what I want has continued into my creative career. Art may not be quite as simple as choosing which side of your hair should be parted, but the ease of communication is just as relevant. Especially when the person I’m communicating with is myself. I can decide in preproduction what type of look I’m going for, then pair that with specific visual references so I know not only that I want to add blue to the scene, but I know exactly which blue I want to add to a scene. Sure, that might get changed on the day. But, by planning it out going in, it increases the efficiency of the set.

Likewise, having these references also gives you something tangible to share with your client when discussing the look you intend to achieve. You can try to explain that you’re going to make it blue, but not too blue, kind of green, but not really green, kind of reddish green hybrid that has hints of magenta. Or, you can pull up a reference image on your tablet and point to it. One of those things is much easier than the other.

The first person I saw do this was legendary celebrity portrait photographer Frank Ockenfels. I was taking a workshop he was giving on lighting and, at some point, he pulled out a well-worn self-bound book that was oddly reminiscent of my sister’s diary growing up that I was, and still am to this day, forbidden from peeking inside. While my sister’s diary is most likely an unending litany of complaints about her prying brother, Frank’s diary contained page after handwritten page, illustrated with both drawings and old Polaroid prints stapled between the pages, that documented the lighting setups of some of his most famous images. Setting aside the value of these original physical books in the fine art world, the practical value was enormous. Frank could recreate every one of his most iconic images down to the letter simply by looking at the diagrams scribbled within the diary’s margins. Frank being Frank, an artist at heart, he might just as easily improve on the original and choose not to follow the notes at all. But, he could if he wanted to. As time went on, I came to learn that this was something many professional photographers and cinematographers do, so I quickly instated this as part of my normal practice at the completion of every shoot. 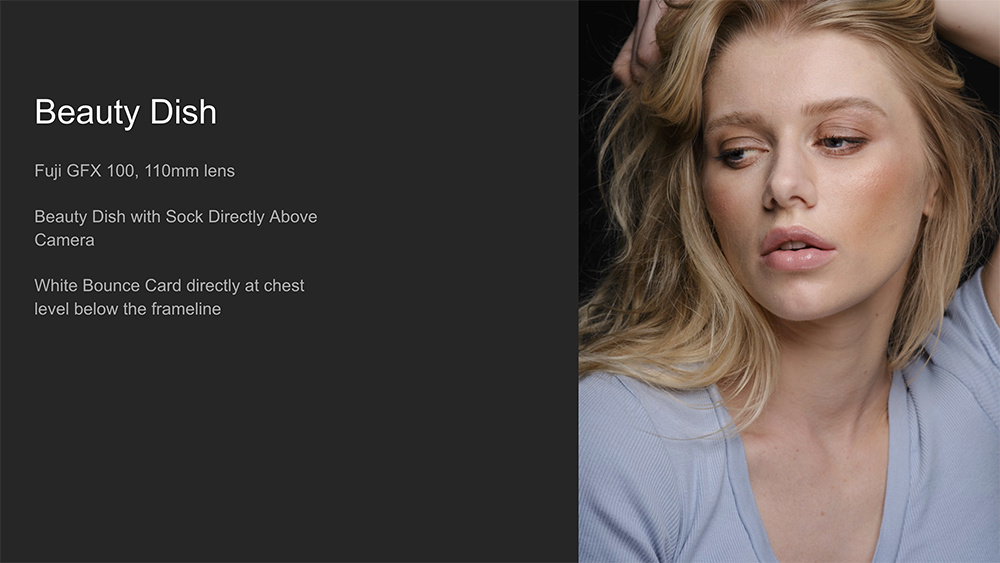 Other than their tax returns, the main difference between a professional photographer and someone who just has a knack for photography is repeatability. Someone with a knack for photography but without a comprehensive grasp of what they are doing to get those exact results can get you a great shot if all the elements line up perfectly. But a professional photographer knows exactly how to recreate that shot even when the elements don’t always fall into place.

Sometimes, that’s literally recreating a shot. Say, for example, you are shooting a film and you don’t find out until the film is in the editing room three months later that the lead actress had a gigantic fly on her forehead in the climactic scene. Well, clearly you’ll need to reshoot the scene. But that was three months ago. The reshoot needs to match the original shoot. But how are you going to remember where you put the lights three months ago?

Or, maybe you don’t have to literally recreate the same shot, but you need to recreate the same feel. Three months ago, you instinctively pulled out that bluish green gel to give your shadows a very specific tint. But a quarter of a year later, you have absolutely no idea which one it was.

As I sat down in front of my camera yesterday, repeatedly taking selfie after selfie with one gel after another, I was not only creating a physical reference sheet that I could consult in planning future jobs. I was also burning into my brain, which gels I preferred over others. I now have the reference images in my diary for reference. But, the act of practicing with each, one after another, gives me a certain level of sense memory that I can recall even without referring to the images themselves at all.

Being a better artist isn’t a question of how much money you can spend on the latest and greatest gear. It’s about figuring out how to get the most out of the equipment you already have as well as maximizing your own creativity. Taking deliberate steps to document that creativity makes it easier to plan, easier to communicate, and easier to recall the tools necessary to create your next masterpiece. All three will help you step up your game, run a more efficient set, and have much happier customers.

So, next time you’ve done something you’re especially proud of, or want to make sure to never repeat, take a moment to write it down. That knowledge might just come in handy and take your next image to an even higher level. 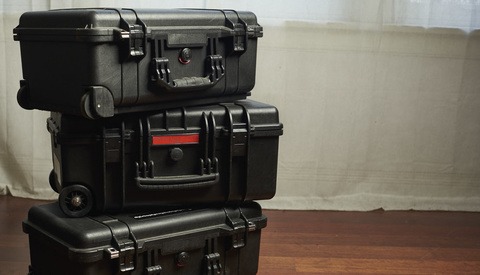 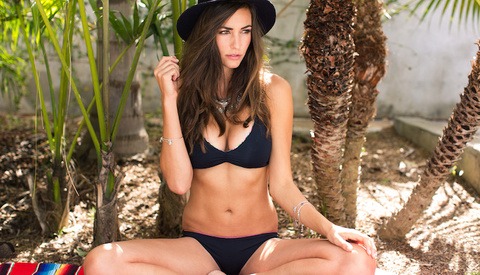 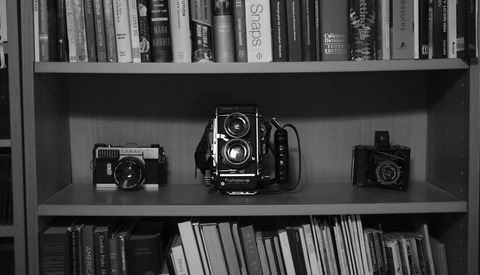 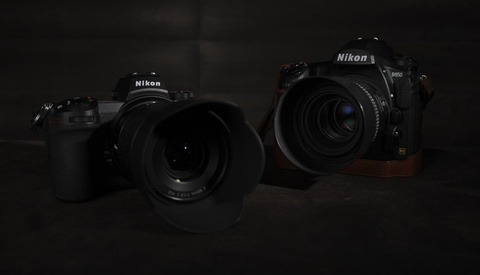 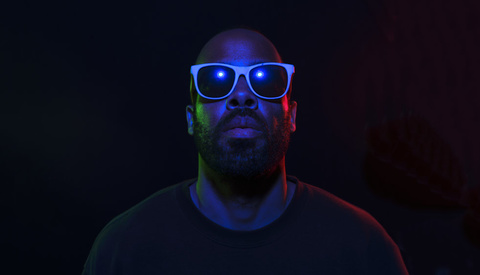