Use Toys to Push Your Creative Photo Editing

As a photojournalist, I often have subconscious blocks against excessive editing that seep even into other genres of photography. That’s why I often try my hand at toy photography when I want to flex my editing muscles.

Toys are literally designed for fun, whether that’s playing with them or photographing them, and so that helps me break free of the limits of photojournalism because they’re not really there to start with. Just check out this guy here who makes art out of LEGO figurines.

Like the LEGO photographer above says, toys are very cooperative subjects. They’re always there, they don’t move, and generally do what they’re told. That allows for the creative flexibility to try out different lighting setups, camera settings, or lenses. The photo of the famed Enterprise NX-01 from the unfortunately short-lived Star Trek: Enterprise television series started life as a garden-variety Eaglemoss model that looked like this:

Obviously, as a model, it doesn’t do much in the way of lighting up, and it’s clearly set up on a stand. The fact that it doesn’t move though allowed me to focus-stack many photos so that it’s sharp front to back, and then, when I realized that the stand was visible near one of the nacelles, I was able to go back and re-photograph that area with the stand removed. Add a glow to the nacelles and deflector dish plus a night sky photo I had taken a few years earlier, and I have a decently convincing photo of this iconic ship that maybe doesn’t look like a toy on a passing glance. I’d never added these effects in journalism, but it’s fun to cut loose once in a while.

Focus stacking is key to a lot of this photography involving toys. While something like a Nikon D850 can make the photo-taking process that a bit easier with automation, the real magic comes in the software, and for that, I find that Affinity Photo easily beats Adobe Photoshop when it comes to that chore.

A Fun Way To Get the Kids Involved

I have two kids that I’ve been dying to get involved in my photography projects. While day-to-day shooting is not really their thing, when you offer to make art of their toys, then they’re all in. I’ve often turned their toys into passion projects for myself so that I can make them some creative gifts.

I end up shooting most of their toys with the Canon EF 100mm f/2.8L Macro IS USM lens hooked up via Canon Control Ring Mount Adapter EF-EOS R to an EOS R. That said, most macro lenses will work, but I strongly recommend at least that tool to get up close and personal with your subjects. It can make an ordinary dinosaur action figure look like something very menacing if that’s what you’re going for:

And yes, I had some fun with toning and bi-color filters. I was also able to let the kids experiment with a lot of different types of lighting using a Yongnuo YN360 II LED Light Wand that allowed for lots of color and intensity options.

Have you made some impressive art from ordinary toys? Share your photos and thoughts in the comments below.

It's good to see that there's someone else out here who's as big a trekor as I am!

That was a good Star Trek series!
On the topic of toys, I am planning to sell my drone and was planning to practice photo-stacking on the photos of the drone for when I put it on sale.
More fun, I have a model of a Veritech Fighter from Robotech sitting in a box somewhere and I think you just inspired me to build it and use it for some fun photos.

I can understand the fascination (and satisfaction of practice) with setting up elaborate scenes of toys as a way to explore narrative, satire, nostalgia.

Anyone who is familiar with 3D rendering can easily produce photo-realistic renders of simple static objects that will produce similar results.

The reason I mention this in relation to this article, is that the first subject matter early 3D enthusiasts explored was space craft, including every model from Star Wars, Star Trek, Babylon 5, Space 1999, etc. In fact it is possible the very plastic models one may collect and consider photographing, were fabricated from 3D software, which can produce infinite photo realistic views of that object.

Rephotographing a plastic model produced from a 3D model, and reducing it back into a single frame, seems inane.

Triggered easily? if you call this worthy writing about imaging toys, thank Allah you did not study medicine.

Do go away you sad troll.

Miserable adolescents like you should keep your mouth shut when adults are present.

After that utter nonsense you have posted above, you have zero case to label anyone as anything. The best thing you can do is hit the log out button and leave it logged out.

Great idea! I've been doing this kind of this for years. It proves to be great practice for lighting AND retouching. 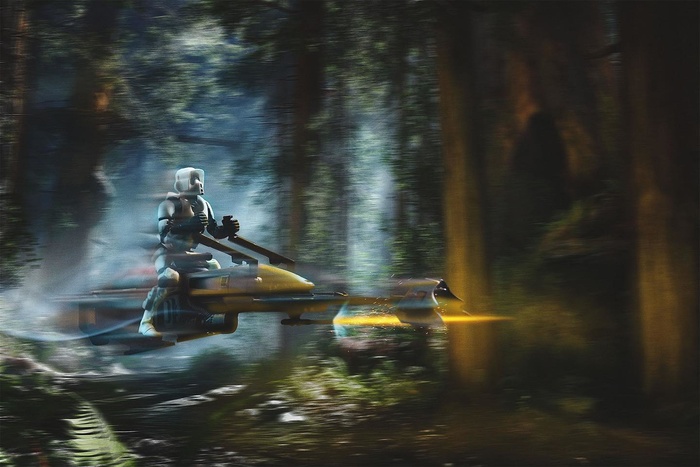 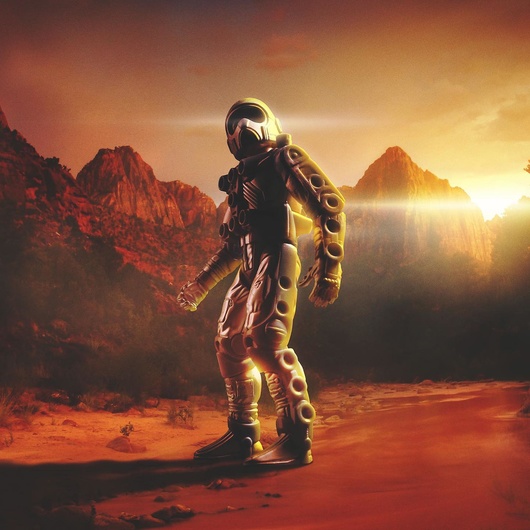 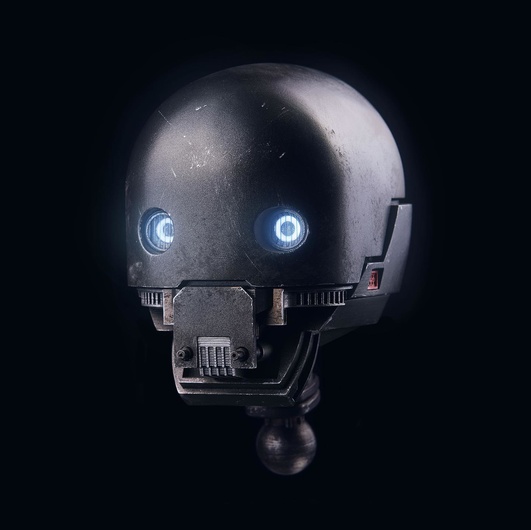 This is great! Thank you for sharing.