One of the best contests each year is the National Geographic Photography Contest. They always receive so many photographic entries that are simply amazing shot from locations all over the world. I picked out a few of my favorites to share here along with the links to go see more.

Photographers of all skill levels participate in the National Geographic Photo Contest each year submitting over 15,000 photos across three different categories, Nature, People and Places. The photographs are judged on creativity and photographic quality by a panel of experts. There is one first place winner in each category and a grand prize winner as well. You can go see all the entries right now on the National Geographic Photo Contest Website. 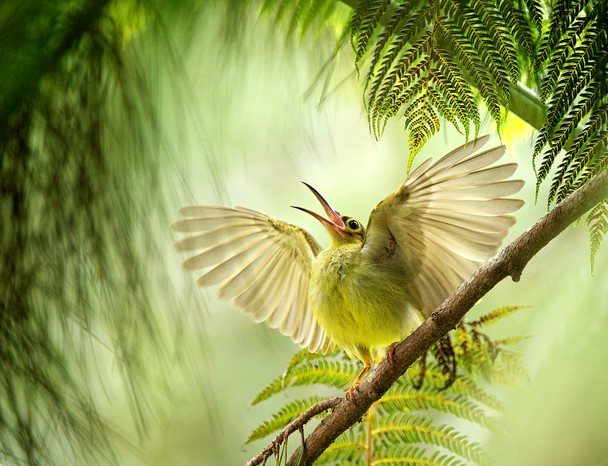 Photo and caption by Bjorn Olesen - It had been an unusually quiet morning in the montane pine and fern forest close to the Borneo Highland Resort in Sarawak, Malaysia. I was about to pack my bags I hear this juvenile Spectacled Spiderhunter (Arachnothera flavigaster) calling chi-chit chi-chit trying to attract the attention of its parents above while flapping its wings. But the parents ignored it, and the it flew away - and I did not see it again. 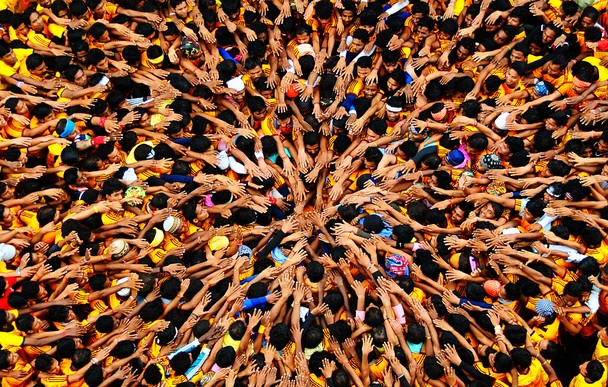 Photo and caption by Money Sharma - Govinda players gather together under Dahi Handi to making a human pyramid to catch and then break an earthen pot high in the air with the help of a rope, in order to win the set prizes. -- Janmashtami and Dahi Haandi was celebrated in Mumbai. Govindas (young men) form a human pyramid to reach the dahi handi and try to break it in a bid to win prizes. 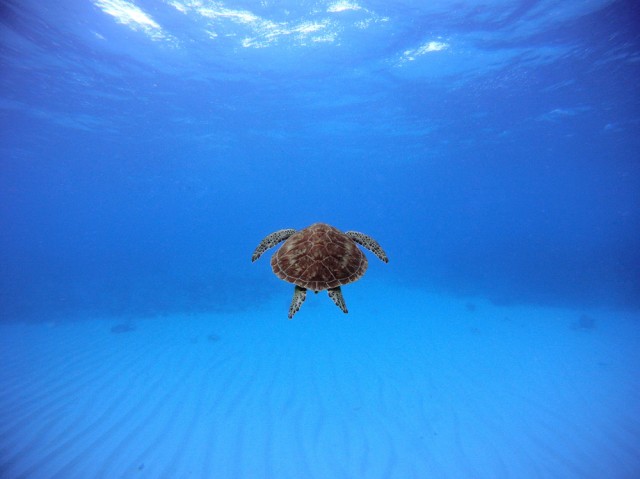 Photo and caption by John Peterson - After observing this turtle, I swam with him for a few minutes. 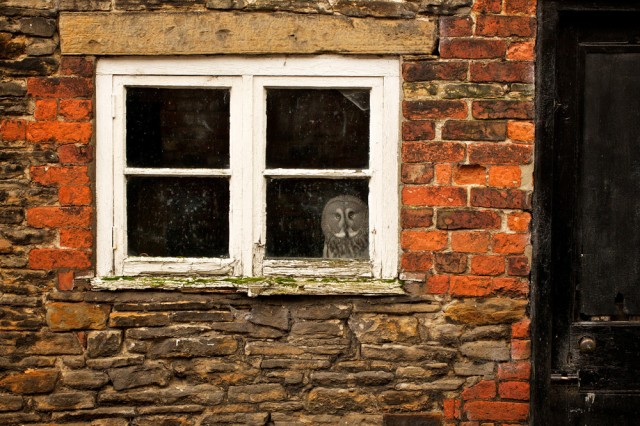 Photo and caption by Mark Bridger -  This is Gandalf the Great Grey Owl and he gets scared flying out in the open so his owners have built his aviary inside a brick shed. He now loves spending his days watching the world go by out of his window. 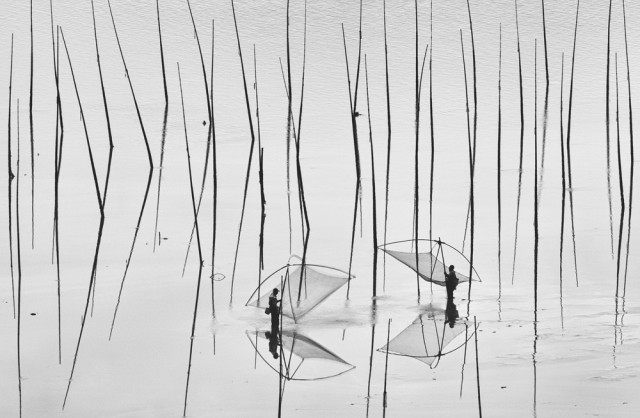 Photo and caption by Peng Jiang - The shoal is one of the most fascinating places in Xiapu, China. Fishermen farm fish, shrimp, and oysters and plant seaweed along this coast area. 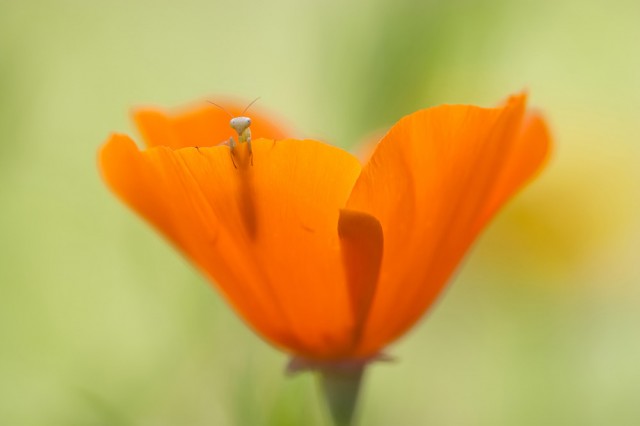 Photo and caption by Fabien BRAVIN - A tiny mantis larva in an american poppy flower. 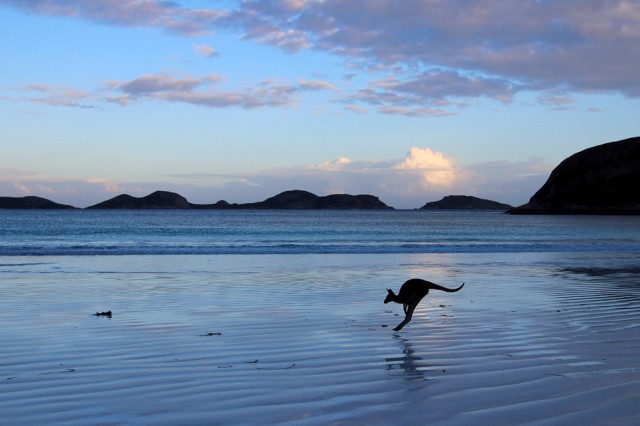 Photo and caption by Mandy Wilson - Beautiful Lucky Bay in Esperance, Western Australia is home to many kangaroos. Not only is the turquoise water and white sand a sight to see but at sunset the kangaroos bounce their way across the sand looking for dinner. 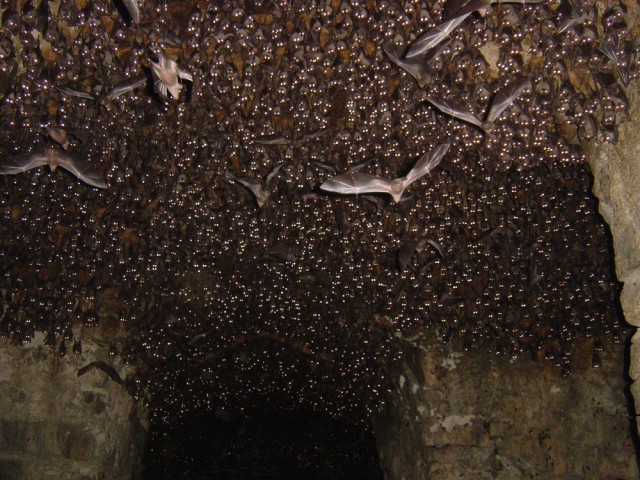 Photo and caption by Bill Thoet - This is the third shot with a flash, waking all of the bats up and having them all stare at the camera. 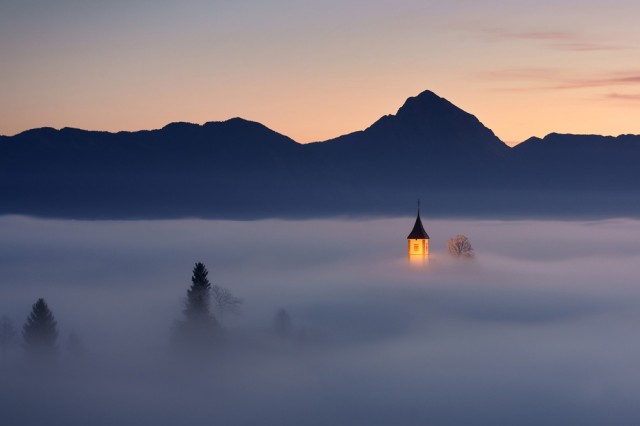 Photo and caption by Janez Tolar - Jamnik, small village in Slovenia. One morning in in autumn, fog was just in the right height at the right time. The atmosphere was heavenly, unforgettable. 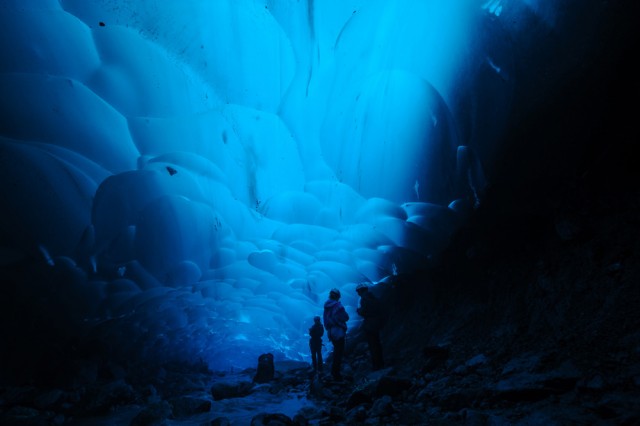 Photo and caption by Mark Meyer - Hikers under the Mendenhall Glacier near Juneau, Alaska. When conditions are right, streams melt holes into the glacier. At times they are large and stable enough for exploration. The ice filters out most colors of light except for the blue wavelengths leaving a stunning blue glowing from the ice above. 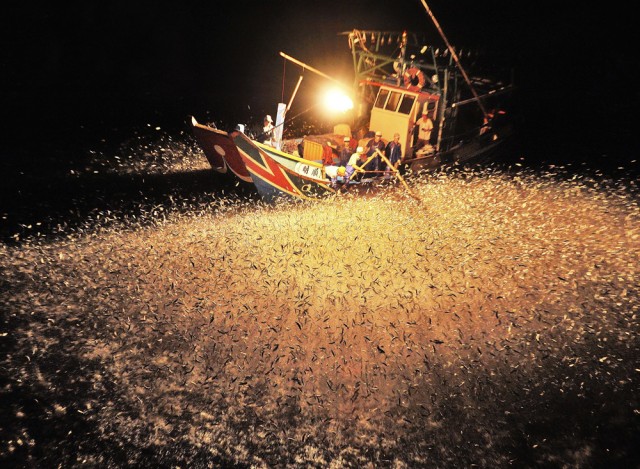 Photo and caption by Chang Ming Chih - The fishers catched fish in the night. They use the fire that made fish close the boat and got them. 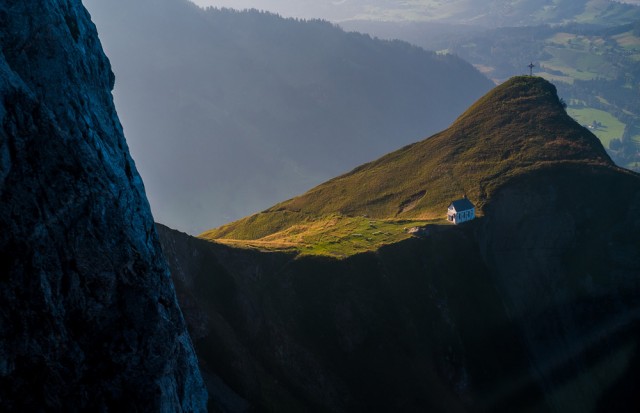 Photo and caption by Agne Subelyte - I took this picture while I was in an aerial cableway going down from the Mt Pilatus in Central Switzerland. It was the end of a nice day spent hiking, including a stop by the beautiful little white chapel on Klimsenhorn on the way to the top.

[Via This is Colossal]

Whoa the one with the fishing boat! See now THESE are extra-ordinary shots...

What is this for English: 'They use the fire that made fish close the boat and got them.'?

Poor grammar is one thing, but this just does not make any sense.

The world is full of people that don't speak English. Tell you what, you take that sentence and write it out in Chinese. Don't use any service to translate it for you, that's cheating. I want to see how well you do...

Yeah Jacques I read that and was a bit confused but since the photographer made the caption I did not want to change it. But I would have to agree with Sebastian on this one, I think it was just a faulty translation.

Trevor, please proofread your posts.  Catched isn't a word: it's "caught."  And "They use the fire that made fish close the boat and got them," makes no sense.