Old and nervous people, rejoice! Apple’s scientists are at it again, and this time, they’re busy making camera phone pictures less blurry! Apple has filed for a new U.S. patent about a method to “capture and store images continuously from a device’s camera before a user presses the shutter button," and then automatically select the best image.

This means, your device will take pictures before you press the shutter. That’s right folks… psychic phones. Then, based upon factors such as exposure time, image contrast, focus, dynamic range, etc., the opinionated phone selects the best image of the set.

To be fair, similar technology already exists in the Blackberry 10. All this and the device is basically just shooting burst. Except now, it will make the decisions for you.

There is also the greater point. Is the line between video and still cameras noticeably beginning to fade? What do you think? 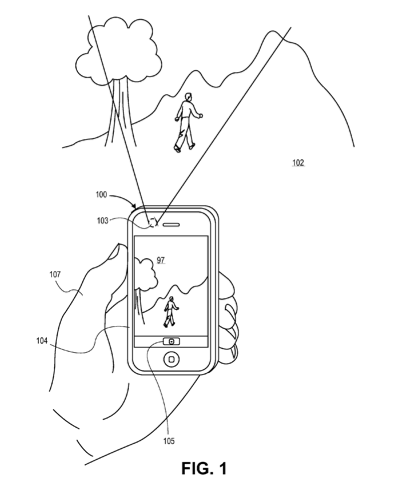 Ericsson did this years ago with their camera phones. It would save something like 3 photos ahead of pressing shutter, and maybe 5 after - then you could choose which one to keep.

Nikon had this feature in their point and shoots ages ago as well. It was called BSS (best shot selector).

Nothing new! Nikon has it in the Coolpix Series

He didn't say it was new technology, he says apple is implementing it.

He said apple has filed for a U.S. Patent, you don't (theoretically) get patents for unoriginal technology.

Well, regardless, they did file the patent, so it must have something new to offer compared to past technologies.

The way I see it, the patent was filed for this technology to be used in smartphones. It could be a carbon copy of what Nikon uses, but since it's never been implemented in a smartphone before (which may be arguable) , it seems to be fair game.

Will it know what to focus on? I was stopped at a red light and saw this license plate that I had to photograph. I figure that the driver in front of me was named Jenny because her plate was 8675309.

Trying to focus and frame the plate with my smartphone was difficult as the phone wouldn't lock onto the focus. I wish I had my SLR with me that day.

It will probably just center point focus until you changed it. Just as if you opened the app and took a photo quickly.

I think a difference with the patent (guessing) would be that the device choose which frame is the sharpest (least amount of blur) and picks it without showing you the rest of the frames. Kinda like a fake "VR".