How Did A $33 Million Video Studio Go Unused For 10 Years?

Stories like this make me shake my head. A public school in Detroit had a couple professional video studios built, about 10 years ago, outfitted with high-end cameras, switchers, lighting grids, and more. However, it seems that they forgot to build a curriculum to teach students how to use it. In this local news report, reporters and commnity members are again asking questions as to why no students have been allowed to use it, ever.

Having come up in a public education system, like many other American students, I think it's (unfortunately) easy to see how something like this was able to happen, but it blows me away that the studio went basically unused for so long.

All of the red tape and bureaucratic nonsense that can get in the way, along with funding, has seemingly manifested in the negligence of these video facilities. The fact that a school in the public system (potentially) had these studios at their disposal is nothing short of awesome– I paid thousands of dollars to go to a broadcasting school that had video studios (right around the time this one was being built!) and I appreciated all of the training and experience I got on that equipment. It's a huge missed opportunity for the students, as well as the school, to have done great things.

After 10 years, the equipment that was once cutting-edge is of course going to be dated. That's par for the course when it comes to educational facilities and technology, but for a while it would have been current tech, and it wouldn't need to be calibrated and set up now.

According to the report, now that this story has gotten out and people are asking questions, things are starting to get done and at least one of the two studios is nearly operational. 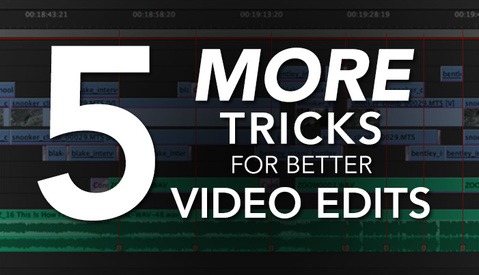 Portraits / July 14, 2012
Abandoned Photographs Found in the Streets of Detroit

One word: Detroit. It's amazing that is was built there in the first place there. Such an unfortunate situation in that city. I really hope things turn around for them soon.

While some of the gear may be dated, the bulk of the setup is still useable, especially in light of modern-day DSLR shooting. The spaces at least can probably be put to direct use as-is.

I am sort of disagree here with that one. That studio set up was made for live production with multiple camera switching. For that use a DSLR is a paper weight. As much as I like DSLR for video they fall way short of most video production especially general commercial work mainly because of audio quality.You still can do more with video cameras.

I dunno, that greenscreen room looks perfectly useable to me. Same goes for all the lighting. Easily usable. Also, with something like a $500 Blackmagic Hyperdeck recorder, I'll bet any of those old HD cameras can be fed directly into an SSD via SDI. It doesn't take much, really.

10 years in technology, these things are now as good as paperweight.

the lights, sets, and all the grip/ a good portion of the audio gear would still be highly usable

The equipment is not that outdated. It is in like new condition. It worked 10y ago and it can work now.
A public highschool could give great introduction to the craft for those who will want to continue their education in the field.

33 million dollars was insane to spend on that project. it should have been built for about a tenth of that cost. What they built was an aircraft carrier when they needed a tugboat.

To modernize the control room you would need to spend about 30-40 thousand on a couple of tricksters and control boards, with back up drives.

One major issue has to be cost to maintain that set up. Camera wise you are looking at least 20 thousand for 6 used studio cameras.

Hint hint: In government bureaucracy the school probably didn't make a single purchase for that studio. They contracted an outside company that did, and probably pocketed half that money. And the world goes round and round.

If I was to wager a guess the person who started the project had grand dreams then left before it was in operation. The school district then was lost as what to do with this massive asset.

I seen this happen on a smaller scale. A friend ran a high school photo program it had a high end studio, digital DSLR, 4x5 cameras, Medium Format cameras, B&W darkroom, color darkroom and the latest Macs with the adobe suite in a computer.

As soon my friend retired the strip the computer lab converted the Darkrooms to classrooms and through most of the photo equipment into storage.

One the person with the vision is gone schools have poor back up plans.

For teachers at that school its probably an alien spaceship classroom.

Geez, NO EXCUSES, I've setup and trained church organizations to shoot on this level of complexity every weekend. There are people IN these neighborhoods that can volunteer their time to SOLVE this problem. Problem is, no one actually gives a shit. For it to end up on this page 10 years down the road just shows how little of a shit has and will be given.

Isn't this pretty much the story of any government-run enterprise?

And when i thought this kind of lunacy happened only in my country. And believe me, i live in the european country with the most useless grid of speedways, not because they are bad but because they lead nowhere hahaha. About the 10year studio, well, for educational purposes and not commercial ones, like todays high end HD video and stuff, this would make a great classroom.
Hell, we run TV channels around here with less than that and older stuff. (Portugal)
The main tv channels use high end stuff, but the regional ones, oh my!