It’s that age-old tale: photographer shoots wedding, photographer goes sightseeing in the mountains the following day, photographer loses SD card case. An appeal has now been launched to recover the SD case, after a newlywed couple were left without any images from their big day.

As per Contact7, photographer Lenzi Holmes was tasked with the responsibility of shooting her best friend’s wedding in Berthoud, Colorado, last Friday. Holmes placed all of the SD cards she used to shoot the wedding into a specific carrying case.

Holmes spent the next day sightseeing in the mountains, stopping at various places, including Target, McDonalds, and local parks.

It was upon arriving at Denver International Airport, where she was to fly home to Texas, that she made the grim discovery that the carry case was missing.

Holmes has since turned to her Facebook page and the local media for help in recovering the images. In an additional post, she criticized the Hilton hotel in which she stayed, claiming they weren’t very helpful. She says the hotel refused her entry to the room as new guests were already inside.

Bride Kacie was quoted by the news channel as saying: 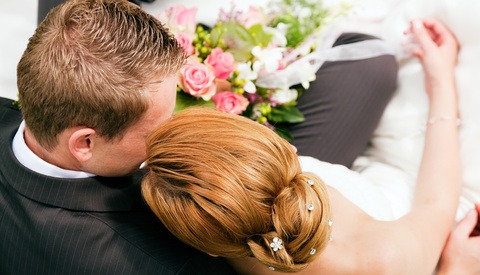 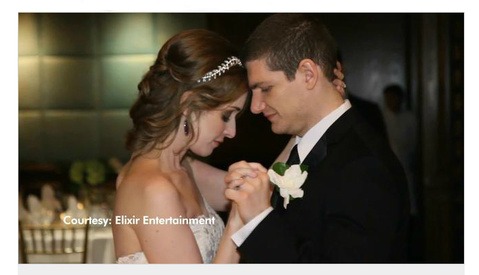 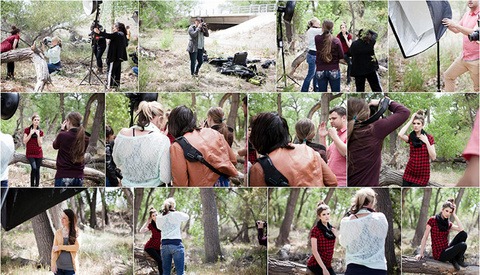 Doesn't back up irreplaceable photos for over a day, blames hotel for not invading the privacy of guests. Ok.

Alex, more basic than that is to make sure you have everything before you leave!!! I carry my cards in a Pelican case and I always make sure I have it before I leave the location or venue.

That's basically the worst possible course of action that a paid professional could have taken, but yeah... Ouch... It really bugs me when this type of stuff happens, because I try so hard to avoid it myself, and yet I know that the more I rant about the subject, the more I might be jinxing myself to have a horrible loss someday...

But yeah, when I travel for weddings, 1.) I shoot with dual card slots, and immediately at the end of the day I give my 2nd memory card (set) to my 2nd photographer, which they keep in their own card wallet which is stored on their person at all times, plus, 2.) I immediately backup the primary memory card to both a laptop and an external hard drive; the laptop which is usually left out in the open in the hotel room as a quick theft "decoy", and the external hard drive gets put in the room safe, if they have one, or gets hidden under all my dirty clothes in my suitcase. Lastly, 3.) if I'm feeling particularly OCD (call it depressingly pessimistic?) I might even put all the photos on a 3rd SD card and mail that SD card to myself before hopping on the airplane home, you know, just in case the whole plane goes down in a firey explosion and all four copies of the photos are destroyed. ;-)

Words escape me, all the polite and sympathetic ones anyway.
What a muppet.

The first thing you do, before you go hiking, is dump your photos.

I read her facebook page and this is why you hire a professional and not your "best friend" to shoot one of the most precious moments of your life. It's also why I don't have my hobby mechanic friend fix my brakes.

"I do not travel with an external because I have broken one and lost everything and I was on high alert for this box." -

This is as silly as saying you had a flat tire on the highway and your spare was damaged so from then on you didn't travel with a spare tire.

When it comes to backing up 2 is one and one is none. On very important jobs I shoot dual slot on A9 and then transfer images to laptop periodically. The images are then cloned to two external SSD using Chronosync. Cheap peace of mind.

Takes minutes to backup. I also do not delete the images from the cards as an additional backup. I store one copy in a nearby offsite location and then head straight home to copy the drives to my home system. I do not stop for gas or dinner or stop for a hike through the mountains as people's cars have been broken into.

After everything is copied and verified I do not wipe the cards until the next day. I upload the session selects to cloud account.

"I have had one wedding corrode on a disk but I have NEVER lost a box. In my heart stuff is not adding up and hoping with reward it shows up. " -

if your name is not Gherry Ghionis you are liable to have cards fail and loose images at least once in 25000 weddings. This is why dual slots are very important even if you are shooting jpeg to secondary slot.

Tbh brake jobs are pretty easy, I've done it myself. We're going to replace my transmission next weekend ourselves at my bf's brothers house. I'd trust your friend w oil and brakes but probably not valve timing lol.

Wow I wonder why she didn't secure those cards or back them up to the clouds or something. I've learned a hard lesson myself about digital photography. I hope she can recover those cards and remain friends with her friend if she doesn't. GOOD LUCK

I am not trying to blame the photographer but how in the hell do you do all of those things after a wedding without backing up the images first?? That just blows my mind. I always freak out until I can back up my images and I have dual card slot and still manage to freak myself out until I can back up my images in several locations and then she is upset about the hotel? Seriously? Are you kidding me? I am sorry but this is just bad on the photographers part and she needs to take responsibility for herself. Huge mistake that could have been avoided.

Feel bad for her, BUT, after every shoot commercial or wedding.
-I shoot dual card slots, backup to my MacBook Pro laptop, carbon copy cloner my system, transfer my "jobs folder" to an external ssd, copy jobs folder on that external ssd to a clone jobs folder onto my MacBook Air (I have clone jobs folders on each laptop), backup to an external desktop drive (when I'm not traveling), and finally, I use Time Machine on both laptops. Yeah I know, overkill. The only backup I don't have is a second car.