Photojournalist Takes You on POV Ride as He Documents Immigration Protests

Some days, the world doesn't seem like it's spinning in the right direction. When people in free nations are clashing over equality, civil rights, and access to equal standing under the law, things can seem confusing. At times like these, journalists are crucial in keeping a light shining upon the powers that be and the movements in the streets.

One such photojournalist is Australian Photographer Dillon Mak, who once again puts viewers in his shoes to see what it's like to cover protests and counter-protests surrounding the Reclaim Australia movement. This is the second time Mak has set up a first-person look at being in the middle of the raucous events surrounding those for and against this embattled movement.

"What the 'Party for Freedom' was hoping to do on the 10-year anniversary of the Cronulla Riots was quite awful, that is celebrating the race riots that most Australians felt embarrassed by and would like to forget," said Mak. "The irony of the anti-racist counter-protesters that showed up was that they brought mob violence to the 10-year anniversary in Cronulla that had originally been carried out by racists at the original Cronulla Riots 10 years ago."

The issue of Muslim immigration in Australia has been a hot-button issue all year and has given Aussies a lot to read about and to watch.  Groups have clashed in the streets on several occasions, including when Mak first set up his first-person journalism video rig.

"I think it’s quite important for photographers/photojournalists and videographers to cover events like this. I find it deeply important for Australia’s history to be recorded from a view that’s as unbiased as possible," said Mak. "Of course, every person that was documenting that event has their personal bias, but their portrayal of the event would be far more accurate than what either of the groups on that day would’ve portrayed."

These days and for all the days yet to come, photojournalists like Mak will play a critical role in keeping communities engaged and informed. The free flow of information is critical to democracy. To ignore the importance of contributions like this one is to misunderstand the very fabric of what creates a free society. Plus, it's hard not to be engrossed by Mak's earnest depiction of what is happening in his community. 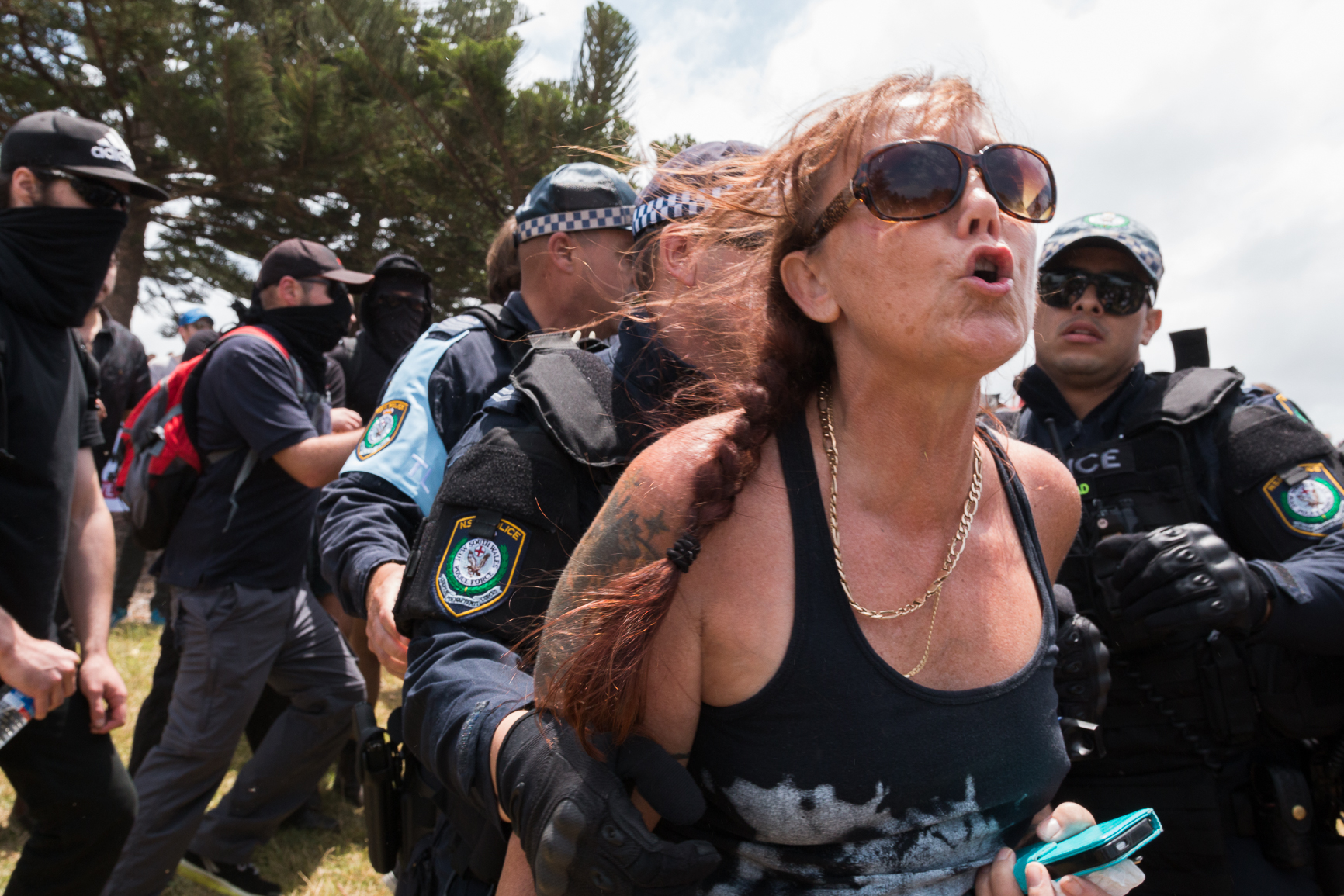 ooo nice ...exposure taken from the hand ... i did not see this technique for a while... nicely done.

I'm also covering the rise of the far right in australia. my on going series can be viewed at: http://www.jamesrossphoto.com/2471462-left-vs-right