Platon & Putin: The Story Behind the Image

In 2007, world-famous portrait photographer, Platon shot what he later described as one of the scariest assignments of his life. He was to photograph Time Magazine's person of the year: Russian president, Vladimir Putin. Recently, CNN shared the story behind the image in a rare interview with the photographer.

In the video Platon describes arriving at a veritable fortress, being lead by armed guards to a solitary room filled with bodyguards and advisors in which he was to photograph the president. Having done his research, Platon knew that the president was a self-professed Beatles fan. So in order to diffuse the situation, to put the president at ease, Platon asked Putin about the Beatles, his favorite song (Yesterday).

What I'm striving for is to humanize the power system, to ask a very important question: who are you, who are you really?

This interesting peek into the Platon's Time person of the year with Vladimir Putin is a friendly reminder that even the toughest situations can be turned around. What's the worst conditions you've had to shoot in? 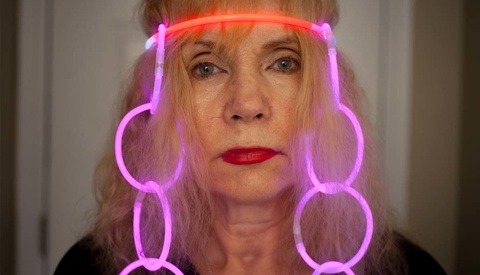 Yesterday is also my favorite Beatles song. So Putin and I have something in common.

I really love the photos, I love the story Platon is telling, and I really love how Putin dares to speak the truth about the US government. Lot a love right there.

Iconic photo, and an excellent talk by Platon.

I just sighed when he said he was a storyteller, no you are a photographer.

One cannot be both?

In fact, they are not mutually exclusive. Photographs tell a story.

It just sounds really wanky and that you are above other people imo.

It can be overused or misused, but the appellation is correct. By choosing what to include and what to exclude, how to light or whether to light, to use a flattering angle or an unflattering one, a wide angle or a tele, all those choices tell a story in the final product. Like Eddie Adams said about his most famous photo, photographs lie all the time. And a lie is a kind of story.

Such a great shot! It's been a favorite for a long time.

Also, this was definitely not shot last year!
This was for Person of the year 2007.

Totally right, Kristain. I was under the impression that this shoot was for the 2013 Intl. person of the year but this is from '07. Thanks!

You can hear more from Platon, as well as Schoeller and Greenberg in this 2008 interview for NPR's On The Media: http://www.onthemedia.org/story/131226-snap-judgments/transcript/

I don't know if it's the same person, but some guy won portrait of the year (with a portrait of putin) and they did a voice interview of him telling the story by going to their headquarters and so on. It's really interesting if somebody finds it.