You guessed it right: it's a problem you can't fix in post, and most of us may never notice it until we get to the color grading phase. If your camera costs less than $10,000, you'd better be aware that it has probably got the blues.

The problem occurs when you shoot in low-light situations, and there are lots of prominent bright blue areas in the frame. The sensors on most consumer and prosumer cameras seem to have a very peculiar sensitivity towards blue in that situation. Is it related to the fact the blue channel has most of the noise in the footage? I don't know. The author of the video doesn't know either, but notes that this occurs when using a non-raw file encoding, such as ProRes, AVCHD, and the like. He demonstrates the problem in the Sony a7S. A possible solution is to change the color temperature until the clipping is gone and then alter the color temperature back in post.

I tested this myself with a sub-$10,000 Canon cinema camera, and indeed, the problem existed in the blue channel. I tried a similar situation with red and orange objects, but they didn't clip as quickly as the blue channel did. Changing the color temperature seems to really prevent the problem from happening.

Have you tried this on more expensive cinema cameras? Please, tell us in the comments. 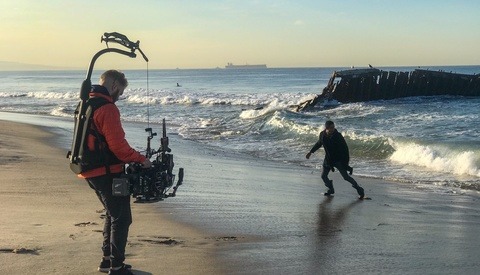 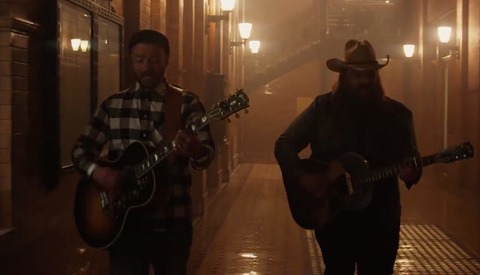 I've noticed that with reds, but never with blues.

It happens when you have a low-light situation and a bright blue spot. You can change your color temperature and see that the bluer you make that spot (by changing the white balance) the faster the blue channel spikes. If you try that with a red object (like a tungsten light) there is a spike, but not that big as with the blue colored objects.

It seems like you're comparing a blue LED light to a tungsten light. LED lights in general (if not mixed properly) will hit saturation much more easily (especially in places like clubs, bars, band performances, etc. because they are lighting for the human eye and usually just crank a channel up). If you use a red LED light, you'll notice pretty much the same thing, though white balance affects red and blue channels differently.

However, aside from all of that, blue channel clipping is a known Achilles' heel for Sony cameras - I don't think it is specifically in the sensor architecture, but rather somewhere in the imaging pipeline (simply because I do not see it as much on other manufacturers' cameras which also use Sony sensors, e.g. Panasonic).

Every sensor will have different chromaticity spaces, however, so of course sensor design is also a huge part of it.

I tested with a tungsten lamp by shifting the color temperature so it looks cool to the camera. The result was the same as with LEDs in terms of quick blue peaks.

This is common with cameras (especially Sony's) particularly when mixed with LED lighting. It's mostly a saturation issue. Some cameras are more prone (Sony) to it than others (Alexa, which is very resistant to chroma clipping even in the blue channel).

You can work around it / try to mitigate it by adding some red or green light in there to reduce saturation, if you're able to control the light, and also record using the widest possible gamut.

And yes, white balance very much affects this. It's even possible to blow a color channel shooting RAW stills if you (or the camera) inputs the wrong white balance (but this is incredibly incredibly rare). Most people don't shoot RAW video though, so proper WB is even more critical.

Anyway, this is why vector-scopes are important if you have access to them. What looks ok to the human eye can really be unnecessarily over-saturated and the camera's sensor isn't capable of such intense shades. But, I realize if you are unable to control the lighting (maybe you are filming a band or some such), then this would be frustrating. You can always ask if they can add in some magenta or green if you're in such a situation.

Edit: also note that this is not specific to cheaper or lower budget cameras. It can happen with ANY camera, regardless of price. It's simply that some sensors (Alexa's for example) are quite resistant (but NOT impervious) to chroma clipping. More expensive cameras also tend to have wider gamut recording options, better codecs, or even RAW. However, even with these benefits, if you totally clip a channel, you've clipped a channel and there isn't any information - not even RAW will help with that.

Blackmagic Cameras do excellently with chroma clipping, and they're all sub-10k.

Nice, thanks for that information. This is why I asked for other insight, because this is what the author of the video said: it's on the sub-10K cameras. It's good to know that and I'm thankful for your detailed comment. I'm sure readers will appreciate it.

Yeah, I mean technically it's more apparent and/or frequently occurring in cheaper cameras, but that's less a result of their price and more a result of what they are capable of doing (which is typically based on the price).

So it's not untrue, but didn't want anyone to think that an expensive camera was impervious to it.

Easiest solution for Sony cameras: switch to any of the S-Gamuts. Their extremely wide color spaces have no problem handling highly saturated light sources like LEDs. Blues fade out smoothly till they reach the extended clipping point, and by default, the S-Gamuts are low on saturation. S-Gamut3.Cine is the best if you don't want to mess with LUTs, as it responds more like a standard color space, while S-Gamut and S-Gamut3 are the full versions, with extensive green sensitivity (and 3 has no hue twists). Unfortunately, this unbalances the look of the ungraded footage, and will leave a greenish cast that's hard to even out without experience or an LUT.

The normal cameras that shoot video are those dedicated for that purpose. DSLRs and mirrorless cameras are not video cameras, but have video recording capabilities. They fall into the same sub-10,000 USD range as the low-budget cinema cameras.

The article never states it's about low-budget DSLRs, but low-budget cameras as almost all digital still cameras today shoot video.

Thank you for clarifying

I notice this in still imaging with various bodies, mostly blue and red clipping, typically at the mercy of LED lighting. LEDs output at singular frequencies, so it's a pure output at X color. It appears to be (not surprisingly) chroma clipping, because dropping the particular hue saturation in a RAW processor allows the luma data to "reconstruct" the image, albeit without the deep color, which sometimes is what you'd like to keep. Mind you, I'm referring now to the 12- and 14-bit RAW still image data I get out of my bodies. If your video camera can record in RAW then you can probably work around it as well with selective desat.