10 Photographers to Look to for Inspiration

No matter what skill level you're at in photography, it's often helpful to take a break and spark the creative process on some new ideas by looking at the work of others; this shouldn't be confused with imitation, but rather used as a tool for building original ideas. The following list highlights the work and skills of creatives who offer inspiration throughout the industry that I, and many others turn to for a new perspective. Of course this is purely opinion, and readers who follow others who aren't listed are encouraged to promote them in the comments.

While he doesn't offer the kind of informative content to the photo community as some others on this list, there's no arguing that Peter Lik knows what he's doing when it comes to shooting and marketing amazing landscape prints, as he's found unbelievable fame and fortune in the fine art world. His combination of surreal subject matter and expertise behind the camera creates a final product that will catch the eye of the most experienced photographers, and is in high demand for the walls of homes and offices around the world.

The team at DigitalRev TV, a Youtube channel sponsored by the DigitalRev online photo store based in Hong-Kong, and hosted by Kai Wong, with co-hosts Alamby Leung and Lok Cheung  have found a loyal fan base through their videos ranging from gear reviews and helpful tips to tongue-in-cheek skits and creative challenges. The content is appropriate and entertaining for all photographers, and continues to raise the bar for the standard of what a Youtube Channel can offer to the masses, with their latest venture being an hour long 3 part special in which the team travels to Amsterdam and completes tasks assigned by the evil yet brilliant "bloody producer".

Another Youtube star, Eric Kim has found fame in the industry primarily through his POV street photography videos in which he mounts a GoPro to his camera and walks around major cities like LA and Chicago taking portraits of strangers with varying reactions. For those interested in doing street photography themselves, he also has a huge library of gear reviews, helpful tips (like zone focusing with manual lenses), and behind the scenes videos of his street photo workshops around the world. By putting this content out there, he's built an entire culture of self-proclaimed "Streettogs" among social network groups like Flikr and Facebook.

I encourage you to check out some of his videos regardless of your interest in the genre, it was because of him that I found myself picking up a Pentax k1000 last summer to shoot for myself, which in turn opened my eyes to a new perspective of shooting with my commercial work.

In a world where press photographers are losing their jobs left and right in favor of bystanders with camera phones, a few talented photographers are still willing to take their expertise and equipment into the action to share a story with the world. Fabio Bacciarelli was the gold medal recipient of the 2013 Overseas Press Club for his "Battle to Death" series highlighting conflict in Syria, and many of you were introduced to his work a couple months ago in this article about the awards. For anyone curious about what it takes to get the shot and be recognized today in the world of photojournalism, I would recommend taking a look at the up close and personal work on his site. 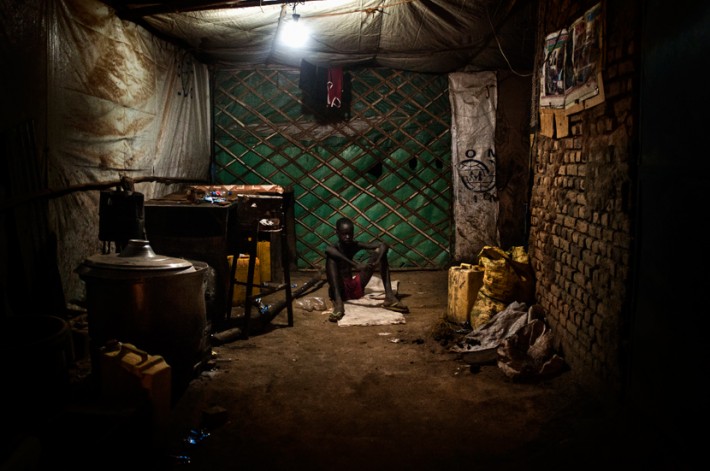 (From the set "Dispatches from South Sudan") 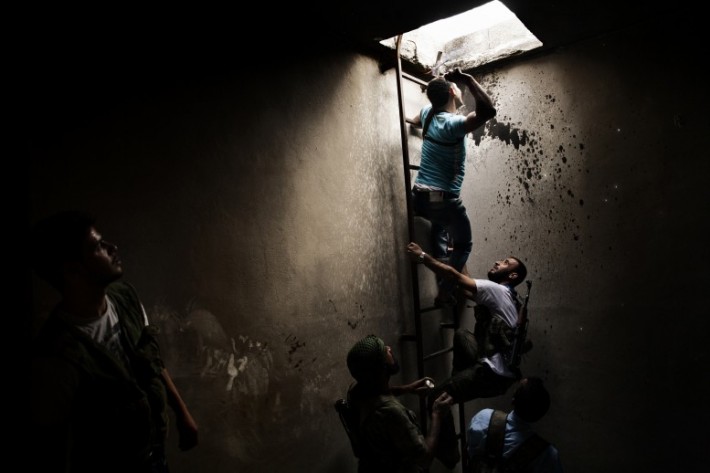 (From the set "Battle to Death)

Few photographers can boast the level of financial success that Yuri has found in the world of stock photography, one of the most competitive industries in the world. While we often think of stock photos as generic, coming up with the subject matter and being able to predict what will be in demand requires a consistent creative process as well as in-depth technical knowledge of lighting, framing, staging, etc. Unfortunately his site doesn't seem to have been maintained much within the past year, but I still recommend checking out some of his articles that provide insight into the market as well as his vast portfolio.

For a strong case of studio envy, check out this video tour.

While he's likely not as well known as many on this list, you can't get much more creative than turning an entire truck into a giant wet plate camera. 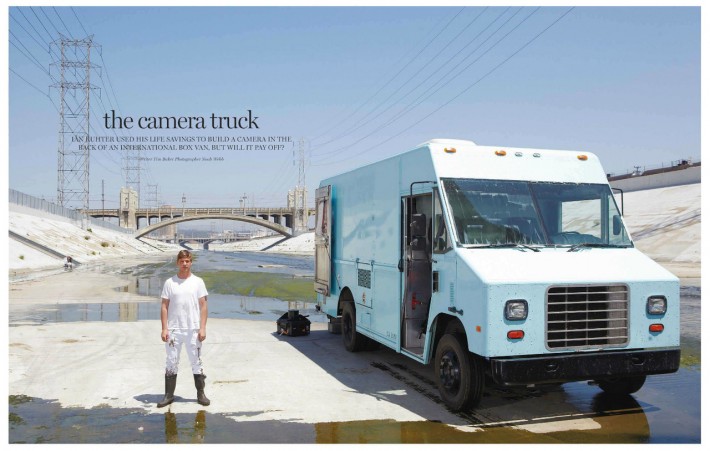 To create his art, Ian backs his camera truck up to face his subject whether it's a landcape, person, or event and uses his manually operated shutter to form an exposure on a giant metal plate coated in silver nitrate. This is obviously a simplified explanation of the process, but not only is this method time consuming and costly, an incorrect exposure or uneven coating on the plate can completely ruin the image; when done right, however, the results are amazing.

Best known for inventing the "Brenizer method", Ryan Brenizer displays an impressive and timeless portfolio of wedding and lifestyle portrait photography that pushes the limits of creativity in an industry that many consider to be plagued by mediocrity. If you're struggling to find originality in the environment around you, his work is a must-see. 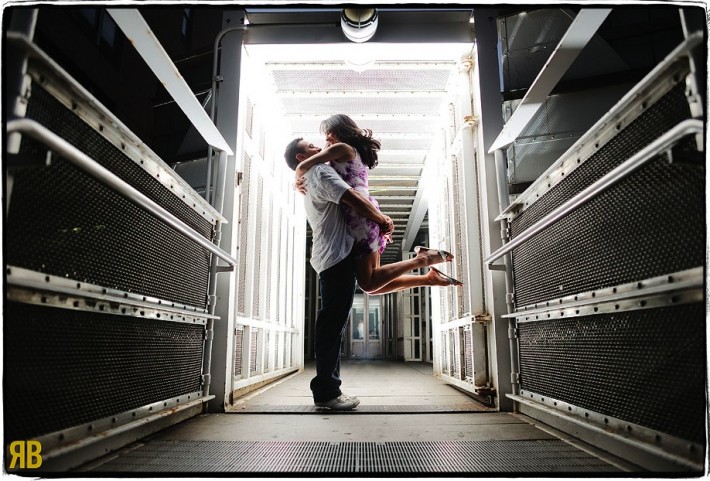 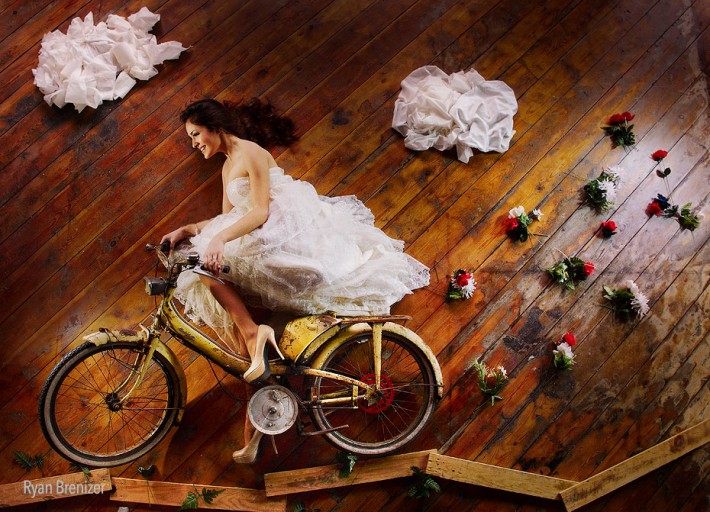 From working with some of the biggest Hollywood celebrities to pioneering a global movement called Help-Portrait to provide family portraits for those who otherwise wouldn't have one, Jeremy Cowart is the definition of creativity and inspiration. I was first introduced to his behind the scenes videos on Kelbytraining.com a couple years ago and have been following his work closely ever since. On top of all of this, he's somehow found time to not only travel the world with his LifeFinder workshops brining motivation to the masses, but also create intricate pieces of abstract art by merging graphics and photo skills with hours of hard work. You can see his work in this video demonstrating his print portfolio, as well as his insightful TedxNashville talk below for more info about Help-Portrait.

One of my favorite photographers of all time, Joe McNally not only has one of the most impressive client lists ever including National Geographic, Life, and the New York Times, he's still creating new content constantly to inspire the new generation of photographers, with helpful behind the scenes videos, three educational books, international workshops, and regular blog posts with fascinating stories behind his most intriguing portfolio work. It's easy to spend days if not weeks listening to all of his stories from his early career in journalism, and a good place to start is with his Authors@Google talk. 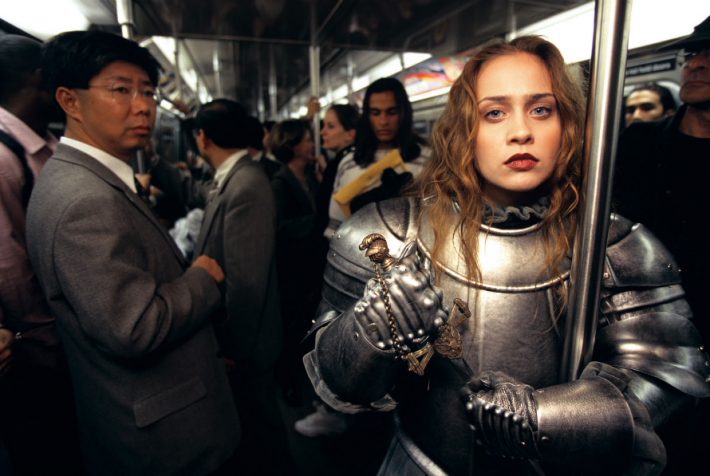 Lets be honest, who didn't see this coming? Chase Jarvis is pretty much a younger Joe McNally having worked with a huge list of big name clients that many dream of having in their portfolio, constantly updating his site blog with incredibly helpful content, and creating both CreativeLIVE, and my favorite photo information series ever Chase Jarvis LIVE which is now in it's fourth season and continues to bring the most inspirational guests you can imagine from around the world to his Seattle studio to cover everything from marketing your business creatively, to understanding media manipulation, and everything in between. He's also the creative mind behind the "Best Camera" concept which promotes the mentality of the best camera being the one you have with you.

If you have a couple hours, check out this episode of Chase Jarvis LIVE with Ian Ruhter (#5 on this list) in which they take a wet plate shot with the camera truck in his studio. 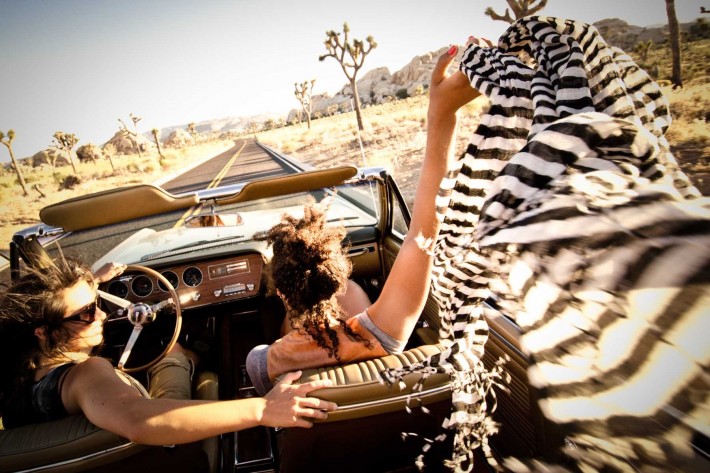 I swear, I miss all these lists by just one. I can't believe I was the 51st sexiest man alive in the People Weekly's 50 sexiest men alive contest for 8 years straight.

Either you completely missed the joke, or your trolling techniques are really slipping, apollo...

You work for FS and you're number 4? go figure

I don't work for FS. I couldn't even name anyone that works here. That is the icon that comes up when your Disqus icon settings are "use the site's default avatar"

Hate to be grammar police here, but in the body of the paragraph on Jeremy Cowart, you spelled his last name "Coward"

Can't even blame autocorrect, but fixed. Thanks!

Thank you so much for putting this together! I'll be referencing this for a while!

I think Joey L. should have been on the list for sure. Along with creating some mind blowing images he shares his techniques with anyone which has to be bonus points.

Yeah I was surprised that Kai was in the list but not Joey ...

I was surprised Kai made it anywhere close...no offense. :-/

Kai is not a decent photographer, he's just a funny guy who knows how to use a little bit a camera. But I admit that sometimes, he can produce a decent picture.

Kai? Really? Where's Vincent Laforett (Although, he's more to cinema industry but my god his pictures, he really knows what he does when he photographs).

Vincent is a videographer tho'.

He is nowadays but he was also a news photographer before he became videographer.

Yep and so does photojournalism :) Vincent's pictures are stunning, he's a amazing videographer but also amazing photographer :)

How about both at once? Vincent's episod on DRTV's "Pro photographer, cheap camera" was top rate - possibly the most informative and inspiration of all of DRTV's episodes.

Could possibly be a list of the top 8 wan*ers working today. Mostly vapid work and not a single woman.

Replace Kai, with VonWong, and add Joey.L and I'll play. But having Kai there and not VonWong is just stupid.

well as subjective as this list is, I'm missing at least two amazing photographers - Zack Arias and Joey L - instead we have Kai Wong?

Yea I would agree. Not to nitpick, but some of the guys on this list could have been substituted for @joeyl, @matthewpriestley and many others. But I understand also that this is @fstoppers list of inspirational photographers. It's all good.

Just a reminder, this is not "top 10 photographers list" nor is it personally tailored to every reader. I wanted to cover a broad range of industries and include lesser known photographers who I find to be actively engaged in creating content to help others improve. DigitalRev is on this list because they consistently produce new and original content for a broad range of interest and skill levels, and by no means am I forcing you to watch them if you don't agree.