5 Unpopular Opinions I Have About Photography

Last year, I spoke to a number of leading industry professionals and collated 29 of their combined unpopular opinions. This year, so that people can put a face to the opinion, I'm going to give 10 of my own.

The 50mm f/1.8 is one of the first lenses most photographers buy, and it certainly was mine. Every photographer appeared to endorse it, and unlike the other glass I had my eye on, I could keep my organs. Over the years, I've used it less and less, and while I spent some time debating a 50mm f/1.2, I didn't pull the trigger, but not because the staggering price as such, but rather the focal length.

For me, the 50mm is a half-measure, and not a good one. If I want to take wide portraits, or street shots with a narrow depth of field, I'm reaching for a 35mm. If I'm taking portraits with a little more subject separation or less of the scene involved, I'm grabbing my 85mm, 100mm, or 135mm. The 50mm doesn't fit comfortably in any camp, and if it were the same price as 35mm and 85mm lenses, I suspect far fewer people would have a 50mm in their bag.

2. Being a Great Photographer and Being an Expert on the Photography Industry and Cameras Are Not the Same Thing

This one bothers me in two ways. Firstly, I see people criticize the shots of some of the best camera reviewers in the industry because they're not taking incredible images with a review unit. Some of the best experts we have in this industry in terms of camera knowledge, industry knowledge, and historical understanding are not the best photographers in the world, nor do they have to be. You can be an expert without shooting magazine covers and high-end commercial campaigns.

Similarly, just because someone is a leading photographer creating the most beautiful images you've ever seen doesn't mean they have a clue about the industry or cameras in general. Industry knowledge and photographic prowess are not the same thing and often do not coexist. Don't discard a knowledgeable camera reviewer's opinion because they didn't take Vogue images with it, and don't presume somebody taking images for Vogue necessarily knows much about the camera industry.

3. I Don't Care If You Just Shot a Wedding or a Magazine Editorial With a Mobile Phone; It's Not Hard Anymore 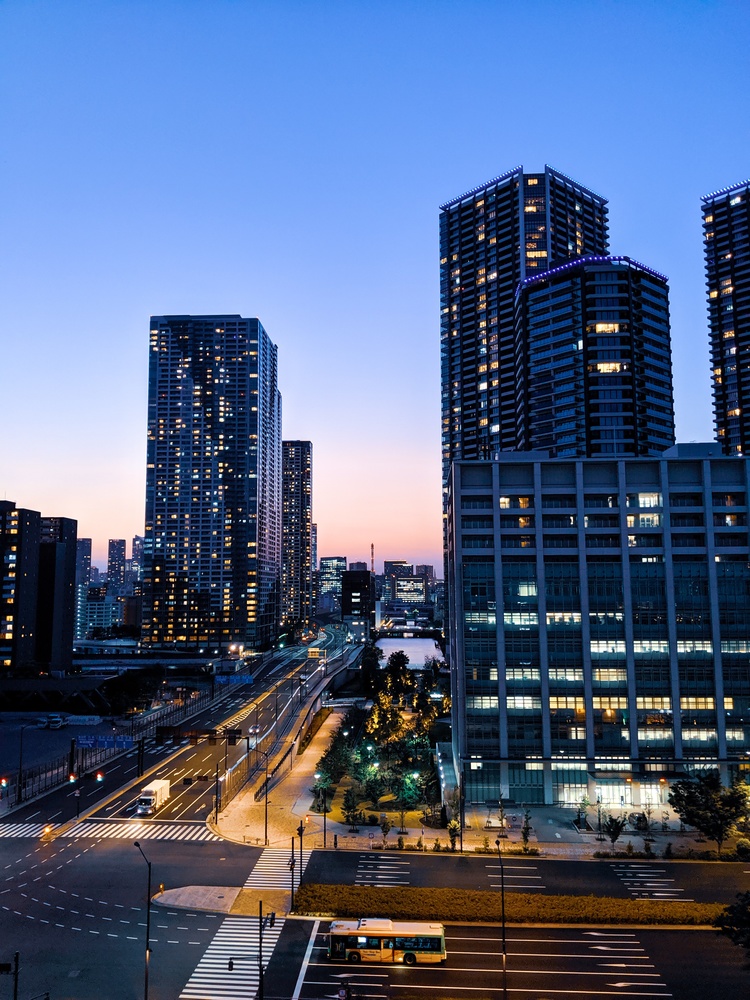 A quick snap with the Google Pixel 3 XL easily rivaling DSLRS of old.

I can't quite believe these videos and articles still crop up. Five years ago, if you shot a high-end editorial with a camera phone, it was noteworthy, but even then, only just. If you're doing it now, it's not remotely impressive or interesting. Modern phones have cameras so capable and jammed with tech that you can accomplish brilliant images with them in most genres. I have written a few times recently about using my Pixel 3 XL as a makeshift secondary camera body for wide-angle shots; it's not perfect, but it's damn good.

4. The Innovation in YouTube Channels Has Dropped off a Cliff

I'll caveat this point: I am fully aware of how hard it is to create consistent video content for a YouTube channel. It is a full-time job and a hard one. My grievance, however, is with the steady influx of new, fresh-faced YouTubers happy to walk in the footprints of thousands of others. They put some old cameras on a shelf behind their desk, they stick a blue LED on, and they talk about a new camera while switching between gimbal shots of the lens or body sitting somewhere reasonably nice. I can't be alone in my boredom for this, can I?

This is why I love and share the work of YouTubers who are doing something — anything — different: walking around cities in the snow taking first-person perspective video of them doing street photography, talking about taboo subjects like money, or reviewing the weirdest lenses they can find.

5. People Only Shoot Wide Open, in the Sweet Spot, or at f/22 Because They're Too Lazy to Figure out the Best Aperture for the Desired Shot

I've been sitting on this rant for a while, possibly because I was once guilty of it, but I think we all have been. The apertures that people use tend to be one of three: wide open at f/2.8 etc., the sharpest aperture, which is usually f/8 or f/9, or f/22 because they're dragging the shutter. I use all of these apertures and often. However, there are many times where those apertures between f/8 and wide open are useful. I'll give two of my most common examples.

When I shoot editorial portraiture and I'm using a tight crop on the subject's face, I want to get most of their face in focus, and while wide open might look pleasing, it doesn't do that. However, I don't want to use f/8 or f/9, because then everything (depending on my focal length and distance from subject) is tack sharp, and it looks boring. So, I will often use f/5.6 or the surrounding apertures so that the focus fall-off starts around my subject's ears.

Bonus: Olympus Is Outshining Every Other Brand for Tech Innovation, but No One Seems to Care Because They’re Micro Four Thirds 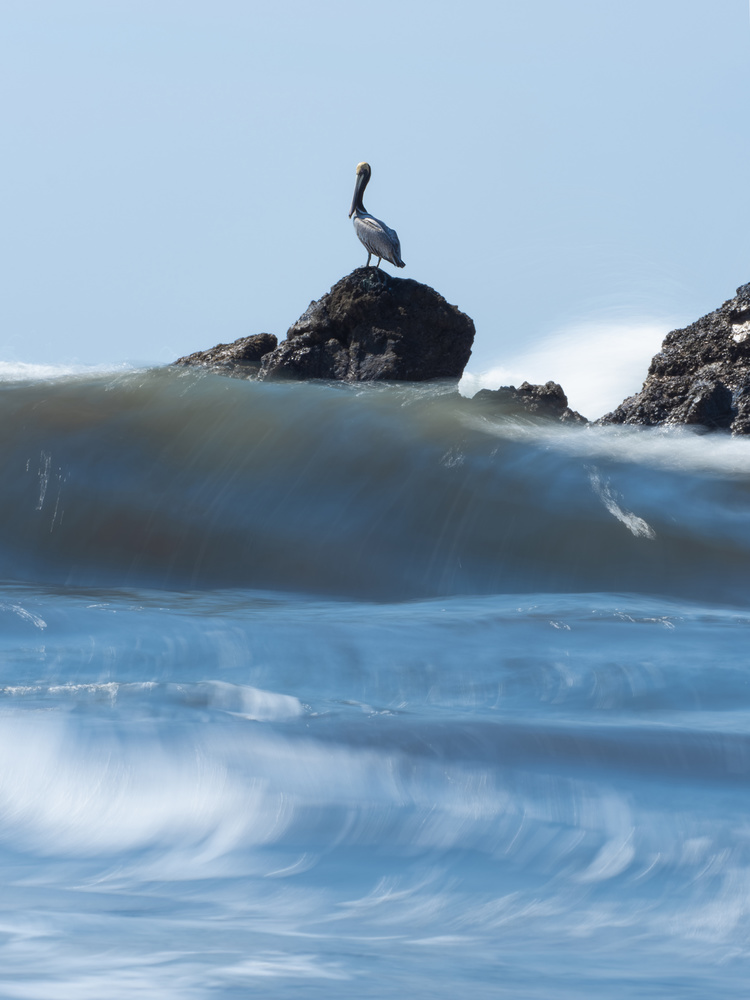 I recently spent a while in Costa Rica with Olympus and their new OM-D E-M1 Mark III, and it was eye-opening in a number of ways. Firstly, Micro Four Thirds sensors aren't anywhere near as bad as people make out. That said, I admit that for some photography, they aren't a good fit. But the biggest surprise was the tech going into the E-M1 III and some of their other recent bodies. They have spectacularly good functions, like autofocus on stars, a live ND filter, live in-body image composites, and so on. Not to mention they have arguably the best IBIS system in the world. It seems to me there are a hell of a lot of people who could really benefit from these cameras that won't consider them because they're not APS-C or full-frame.

What Are Your Unpopular Opinions?

Many of the comments will be bashing me, but in-between them, make sure you leave your own unpopular opinions (about photography — don't get carried away) and share the heat that I'm about to endure!

#3, for sure. I used my phone for major surgery, saved me a motsa in medical fees.

And my own (shhhh). I shoot almost entirely jpeg. Please don't ban me.

I think I could count the amount of raw shots I've taken on both hands.

My unpopular opinion: nobody actually cares about sharpness in the corners.

What I meant was: nobody but photographers.

My corners are always 90°, pretty sharp if you ask Me

Those who put people off-center do.

You mean those people who know how to proper frame a photograph so it's is actually interesting to watch for longer than a few seconds?

Its so true. Modern lenses worry about so many things that don't matter and over correct all the things that used to give lenses and images character. I hate that digital, sanitized look.

I think most people i know think all of those except the Olympus one?

Well, that's a tricky one. It means my article was both successful and unsuccessful at the same time.

I skipped that one intentionally.

Olympus is a great system with great lenses. Especially when you don't need shallow depth of field or super low light. If you shoot product or still life, possibly the best short of medium format.

#1 If you are full frame shooter and claim you can't use Fuji because APS-C isn't achieving the same "quality" , then really why aren't you using the GFX (or Phase One)

I so would be if I could afford them lol.

FF is middle ground where you get fast cameras with good high ISO performance.

More lenses, shallower max depth of feild, cost/resolution. A7RII is around $1200 these days. size(Sony) a lot. Gfx is late to most shooters and have slow lenses that are super expensive

At the same time, it's not that I wouldn't use Fuji x, I just choose the FE platform and have lenses for those that Fuji x can't match

1. Fuji rocks just because they are giving full frame the finger
2. William Eggleston sucks and was created by art critics
3. Fine art nudes are the second worst genre, right after street. Some models should just keep their clothes on.
4. Flickr is the best photo sharing site, period.
5. Railroad fatalities are an endless source of amusement at this point. How many campaigns, how many articles, how many dead models until it sinks in? Until it does, enjoy the carnage!

Bonus
A. Kickstarter photography projects are a crime against humanity. Children are starving, well, everywhere. Why are you wasting your money on cardboard cameras? Injecting booze into a lens is dumb. For best results inject booze into the photographer and support a local charity.

#4 for sure. At least for photography. If you want only quick attention than Instagram is the way to go.

Why is street worse than fine art nudes? I have a feeling the answer could be fun to read... :-P

I'm still waiting for the Street Nude genre to catch on... then I wouldn't get into so much trouble... Ha.

We need a nude vs street essay!

#4 is for creepy d bags that are trying to take advantage of their models. "I'll make you famous"