The Best Way to Focus in Low Light

Does your autofocus hunt in low light? Can you not get focus on the stars during astrophotography? Well, here's a technique that will give you sharp shots every time no matter how dark it is.

Depending on the camera you own, there are two ways that cameras autofocus: one is phase-detection predominantly used in the viewfinder and the other is contrast detection, commonly featured in live view focus. Though some modern mirrorless cameras opt to just use phase detection because it's faster and potentially more accurate, phase detection has a reputation for not being quite as good in low light.

Regardless of what type of autofocus you use, how do you focus in low light or even at night? When light levels are low, the camera struggles to find focus on a subject or scene and often hunts by focusing forward and backward until it gives up. Cameras are getting increasingly better at focusing in low light, but they're still not perfect. Luckily, there's a very simple method you can use to get sharp low-light shots every time.

That's right, manual focus is the best way to get sharp shots in low light, and it doesn't take too long either. Let's take an example of shooting at dusk. Turn on the live view and zoom in on the view. Navigate to your subject (or the part of the scene you want in focus) with your AF point to get a better view. You may need to turn on exposure simulation if your camera has it, or if not, then open the aperture as wide as it can go on the lens to let more light through; don't worry, you can stop back down in a minute.

Engage manual focus on the lens or camera body and carefully adjust the focus ring until the subject is sharp. It's a good idea to slightly go past the focus point and bring it back slowly to ensure that the focus is spot-on.

Now you can carry on shooting. It's best to use a tripod when doing this kind of technique because chances are if the light levels are low enough to stop the autofocus system from working, then you'll probably need a long shutter speed. You should also think about using a remote shutter release or an exposure delay mode (or self-timer) so that you don't wobble the camera from pressing the shutter release button.

What About Night Photography?

If shooting astrophotography or any kind of night-time photos, then you might struggle to see the subject with the above technique. The best way to do this at night is to use the technique above but to find a star in the sky or a light in the distance. Street lights from distant towns work particularly well for this, as their distance is far enough away to also have the distant stars in focus, too. Simply focus upon the distant point of light first, making sure the light is as small and sharp as possible before recomposing your scene for sharp night shots.

To Infinity and Beyond

It's easy to assume that looking at the lens barrel and focusing to infinity will get you the sharpest results, especially if your scene is a far-off landscape or the stars themselves. Generally speaking, that should be the case, but in the real world, you'll see that sometimes, those infinity markers on the barrel aren't quite accurate. A tiny movement of the focus ring one side too far and the results are ever so slightly blurry. So, I tend not to opt for this method.

If All Else Fails, Use a Flashlight

LED flashlights have become vastly more powerful as of late. I purchased a tactical torch from Amazon a while back, which runs on a single AA-sized lithium-ion battery and is brighter than a car headlight. It cost me about $13 (£10) and has been in my kit bag ever since. It has a zoom function that concentrates the beam of light into a spot that reaches incredible distances. Shine one of these on your scene, and you should be able to focus manually by eye using the live view technique as above. It's more of a last resort because it's still quite tricky to see, but it might just help if you're in a jam.

The first thing to try would be autofocus, because it's fast and usually pretty accurate, but considering that AF doesn't work well in low light, the next best thing would be to use live view and zoom in to manually focus on a distant point of light such as a star or a street light. Just remember to turn off AF on the lens or camera body so that your efforts aren't undone by the lens refocusing. Trying to focus using just the focus ring markings can be done but isn't ideal, as often, it only takes a millimeter or two to miss the exact point of focus.

If all above fails or you're just not getting on with the technique, you can take along a powerful LED torch that zooms to a spotlight and shine it on your subject. Use the same live view zoom technique as above to look at your scene and manually focus, as the light likely won't be bright enough for autofocus to work (unless the subject is very close). And soon, you'll be shooting sharp shots in low light or at night every time. 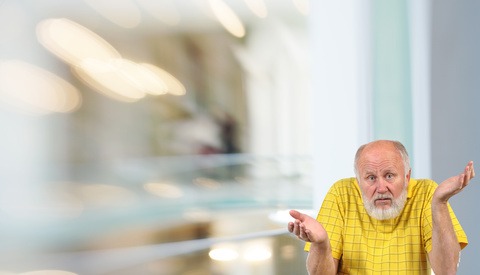 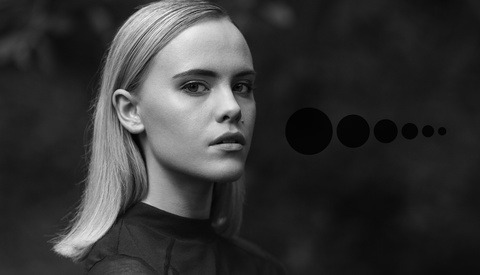 Opinion / June 16, 2020
Why You Should Be Using the Forgotten Apertures Between Wide Open and Front-to-Back Focus

I've found these techniques to work for wide-angle photography, but not for longer focal lengths. The depth of feel gets so shallow that it is really hard to get it right manually. As the temperature can change while you're standing there it gets even trickier as it shifts the focus.
To my surprise my Nikon Z 6 seems to solve the problem by simply using autofocus. Even my 200-500 mm f5.6 is able to use autofocus by simply pointing it at a bright star or planet and then reframe. I'm assuming the same goes for other mirrorless cameras too. So the whole "when it's too dark to use autofocus" just isn't a scenario anymore. My D750 on the other hand has no chance of doing this.
Regarding the focusing scale on the lens, my Samyang 14 mm reaches infinity at about the 0.7 m mark. I get that it can be a bit off sometimes, but something must have gone seriously wrong when they made the focusing scale for than lens...

We all assumed that "infinity" focus on our old 35mm film cameras was always dead on, but was it? Are modern cameras made that much sloppier? I have a Sony NEX7 and use adaptors with some old Nikon and Canon lenses, and infinity is pretty much a crapshoot. Some lens/adaptor combinations can't even focus out that far. Most overshoot. I never thought about this with my Pentax K1000 back in the 70s.