A BTS Look At 'While I'm Here | The Legacy Project'

The more work I do as a photographer, the more I realize the importance of personal projects. While I do everything I can to book jobs shooting subjects that I enjoy, the reality is, photography is not just a hobby, it is a job and not every job is enjoyable all the time. Sometimes, staying inspired can be difficult, especially when you are taking a job for the money or experience alone; this is exactly why personal projects are so important. Last week, I had the chance to talk to Brent Foster, a filmmaker who has recently been working on a personal project. He gave me an inside look at what goes into one. From equipment to execution, he gave me a behind the scenes look at his project "While I'm Here | The Legacy Project."

"While I'm Here | The Legacy Project" started as a result of letting time pass and work get in the way. For several years, Foster promised himself that he would tell the story of a local legend in his hometown. This man's name was Frank Dymock. For years, Dymock would open his garage that had walls lined with pucks and sharpening machines in the corners to the public and week after week, he would sharpen hockey skates for players before they headed to the rink. He would never accept a dime. As time passed, Foster told himself he would go visit Dymock sometime soon. One day, Foster learned that Dymock was battling cancer. The next day, Foster went to see him. They agreed that as soon as Dymock finished chemotherapy, they would tell his story. Unfortunately, before they could start the project, Dymock passed away. Upon hearing this news, Foster decided he would start "While I'm here | The Legacy project" in Dymock's name, with the goal of documenting people who are doing incredible things and telling their stories while they are still here, before it's too late. In the most recent installment of the project, Foster brings the story of Ed Nicholson, the founder of Project Healing Waters Fly Fishing. Over a decade ago, Nicholson was diagnosed with Cancer. While he was in Walter Reed, a medical center for veterans, he started teaching vets who had suffered from both physical and mental trauma how to cast a fly rod. As he met veterans, he stopped feeling sorry about his own medical condition. Little did Nicholson know, this was the beginning of Project Healing Waters and the beginning of his legacy as founder of the project, which would grow internationally. In July, Foster, his wife, Tammy, and Preston Kanak traveled to Montana to document Nicholson's story. They spent three days with him and a group of veterans at the Healing Waters Lodge. Foster was kind enough to share this BTS video to show what goes into the filming process. "While I'm Here | The Legacy Project" is a self-funded venture, so they chose gear that made sense. Because they had to travel a fair distance from their home, they wanted to maximize space,while keeping the production level high.

Here’s a list of some of the gear they used on the trip:

For a little over two years, Foster has been using drones and says they are a go-to in a lot of The Legacy Project. "Adding drones to your productions allows you to literally take the story to new heights and share work in a way that was previously extremely cost-prohibitive."

Foster loves to collaborate, saying, "Each project so far has also been a collaboration with different filmmakers. It’s been an incredible experience to work with friends and colleagues on this passion project. It’s amazing how much you can learn collaborating with others."

In talking to Foster about what makes a personal project successful, he said, "Pre-production, planning, and setting time aside each week for the Legacy Project has been key to its success so far. It’s easy to start a personal project, but much more challenging to see it to the finish." When Foster started his project, he thought that success could be measured in numbers. "In our minds, the more views, the more successful the project had become."

However, when the first story of the project, The San Diego Highwayman, was released, he knew he had the formula wrong. You can view the story of here, but in short, it tells of the kindness of a man who has spent almost 50 years traveling around the highways and byways of San Diego, helping people who were stranded on the side of the road, asking for nothing in return. In August of 2011, the Highwayman's famous car, "Beulah," was totaled during a rescue. He couldn't afford to repair the car, but had dreams of getting it back on the road.

When Foster released the film, he also started a Go Fund Me. Within a week, they had raised more than $12,000 for the Highwayman and a donator came forward who offered to completely pay for the repair.

"The three stories about Ed, Thomas, and Mississippi Bluesman Leo 'Bud' Welch that we’ve worked on so far have taught us so many life lessons and have truly reminded us why we started filmmaking in the first place. As Leo’s film will teach you, it’s never too late to start."

Personal Projects are a great way to break the monotony of everyday shooting. They can spark some creativity and motivate you to do something new. Foster shows us that personal projects aren't only fun, but can truly help people. I'm a big fan of this project and believe it shows Foster's talents as a filmmaker. If you're interested in finding out more about the project or Foster's work, check out Foster Visuals; there's also some great tips and tricks to learn from on his blog. Feel free to share any stories about your own experience with personal projects and if you feel like you have a project that deserves to be shared, don't hesitate to shoot me an email. 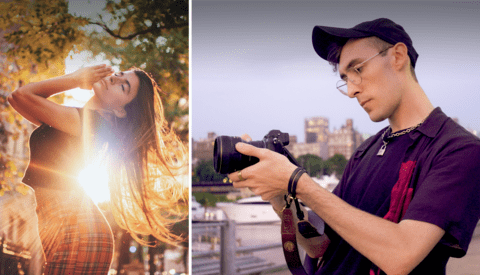 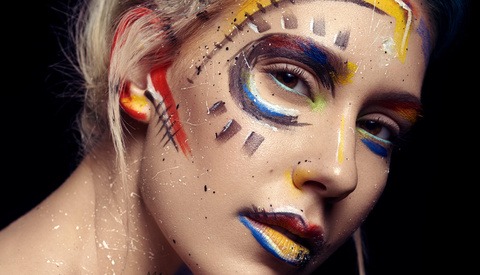 BTS / July 31, 2017
Boost Your Team's Online Presence and Worth by Shooting BTS

Thank you for sharing this AWESOME story. Wow. So very inspirational, moving and POWERFUL. This is just AWESOME!!!!!

This reminds me of Stacy Pearsall of the Veteran Portrait Project (http://www.veteransportraitproject.com/).