After enough time in the broadcast industry, it's hard not to have a soft spot for Portabrace. They are incredibly well made. However, outside of generic television and news gathering, I would say that Think Tank, Lowepro, and Pelican are the top dogs. I never found a Portabrace bag suiting my needs entirely, nevermind that they can cost a small fortune — until now. I managed to pick up an amazing backpack for just $99 after instant savings from B&H.

When they released their backpacks, including a handy Hive system, I began to see them as more than an old school brand. "Finally, they're paying attention to run-and-gun mirrorless camera setups!" However, the cost was always too high when I could get an equivalent Lowepro three times over. I mean a $300 backpack would need do the damn shoot for me to justify the price. Luckily, things have been getting cheaper.

If you’re willing to give up the “Hive” system, there could be a great deal in it for you. For $99 on B&H I was able to pick up exactly what I wanted, and it doesn't disappoint. It's decently water-resistant and feels like it will last a good 10 years. It also came with all the usual trimmings: Velcro dividers, white balance card, and two thick padded pouches. Honestly, I can fit nearly all the gear I’d need for a regular shoot day. I usually bring tripods, light stands, and sliders in a longer case, so I’m just looking to fit “everything else.” To test this, I put it through two setups.

To really put a bag to the test, I usually try to see if I can fit my DJI Ronin-M gimbal in among the regular gear. It’s such an awkward piece of equipment, and usually I’ll bring it around in a hefty Pelican case. If this bag can save me dragging that thing around, it will have been worth picking up. So in this bag we have: 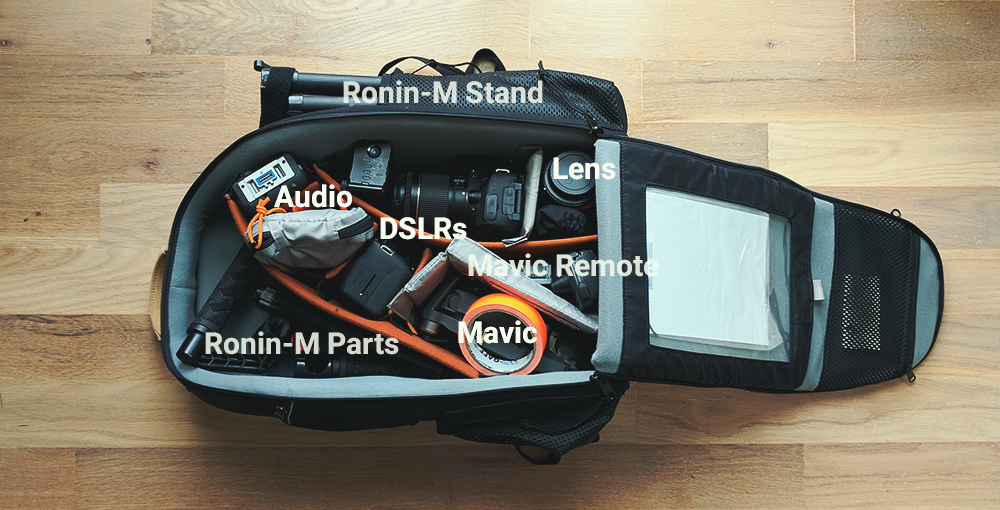 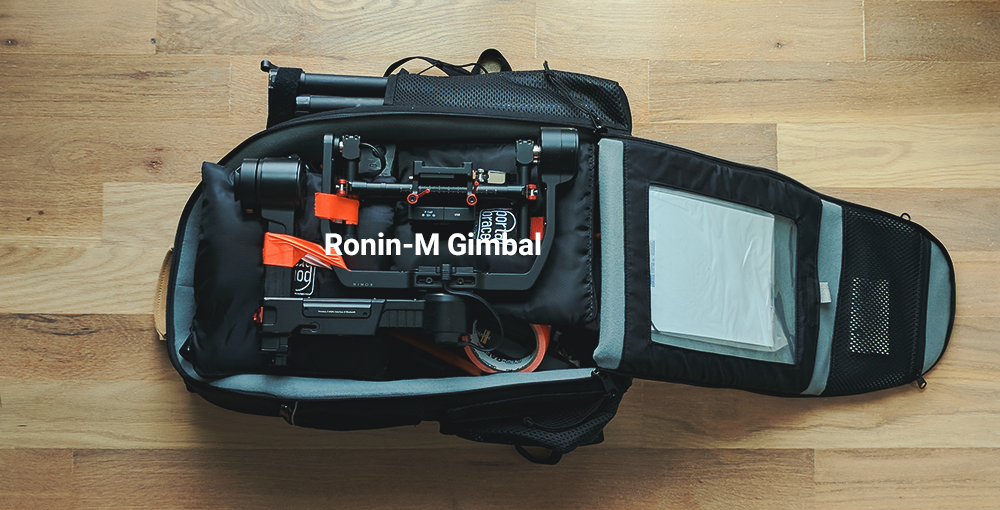 As you can see it all fits just fine. In fact I had room left over which is reassuring. It also didn’t feel too heavy, so this could certainly replace my Pelican case if I’m getting the subway instead of driving.

Nothing much has changed here, but I’ve taken out the Ronin and added a small shoulder rig to replace it. Then I’ve added a V-Mount battery (which is crazy handy for charging your phone on a shoot day) and my super slim Intellytech LED panel. With this I could do a couple of indoor interviews and grab some B-roll. Now in hindsight, I should have put a diffuser in here too, but you could easily tie a 50-inch Westcott reflector on the back so I’m not too worried. 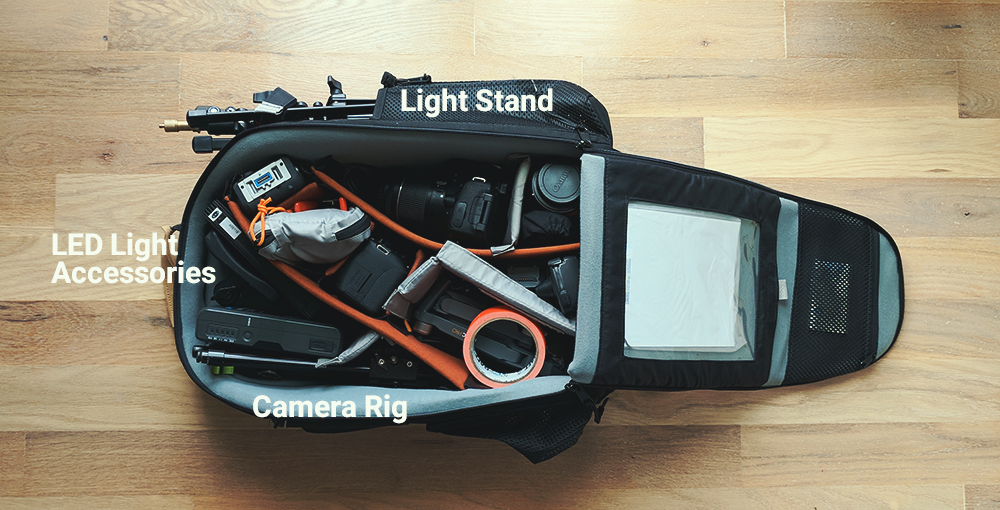 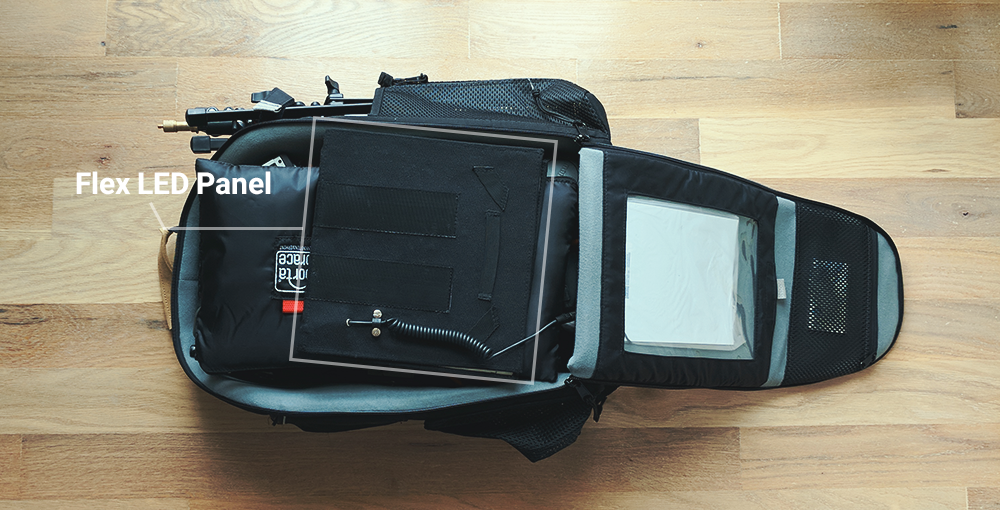 First, you’ll see that I’m not bringing a laptop with me in this bag. The slot for an iPad/Laptop isn’t all that big, and I can just about fit a 13-inch MacBook in there. Anything beefier will have to stay at home unfortunately, which is rather annoying. This means you won’t be able to backup your footage on set, tether your camera to a laptop or basically any other function you might need a computer for. For some, this could be a huge deal breaker. For me, I can make do with a 13-inch laptop.

Next, there isn’t any support for your waist. I find if I’m shooting while the bag is on my back, I like being able to have that extra support around my waist (as well as chest). Fortunately, there’s room to clip a belt of sorts on. Still though, it would have been nice if it was included.

Finally, I’ve added extra Velcro dividers and padding. While most of us will have bits of foam and padding lying around, it’s worth noting that the bag might not come with enough. You’ll see here that I’m using their two padded pouches to protect the rest of my gear from the Ronin-M. If you’re not doing that, you may have enough to protect everything.

If you’re in the market for a very sturdy backpack, check out the deals. You can find my exact bag here, and a cheaper version of the Hive backpack can be found here. 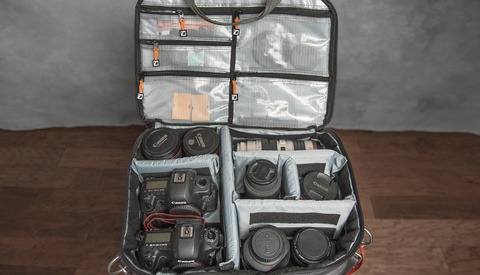 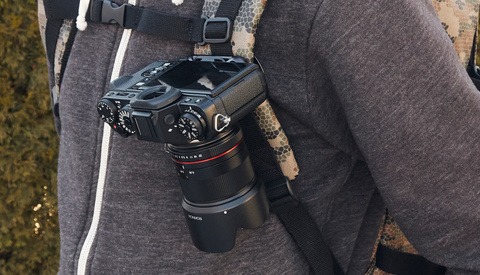 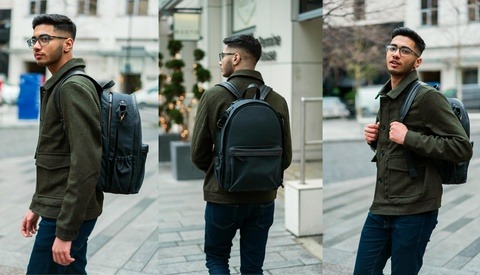 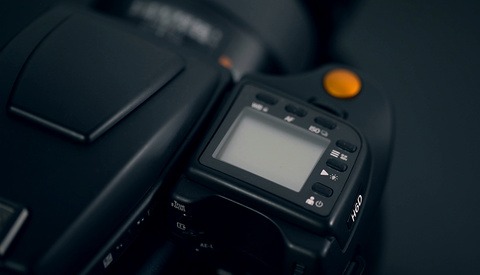 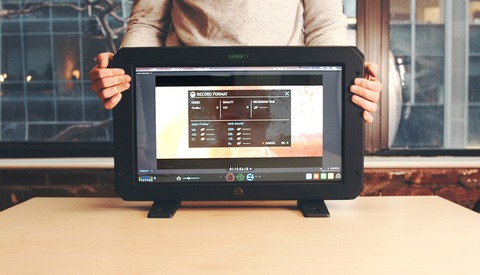 If it's Portabrace, I know it's ugly as hell, and will last until it freezes over. This is a bargain, as long as your wife doesn't leave you because she's embarrassed walking next to the bag.