Have You Bought an Experimental Camera and Not Realised It?

Cameras are expensive, and you spend your hard-earned cash in the expectation that not only will your purchase be the latest and greatest, but that it works out of the box. Would you still buy it if you knew it was at least partially experimental?

Kickstarter ushered in the latest financial frontier of venture capital micro-financing, allowing anyone to raise funds for whatever project they advertised, be it a drone, bike lock, cheese grater, charging cable, photo book, film, or an education. And as with any kind of startup, the risk of failure was just as likely as the potential for success. I've funded a cycle helmet (Hedkayse), USB cable (Spooly), paper wallet (Paperwallet), and softbox (Sundisc). They've all delivered, although some took more than two years. Of course, you do need to do your homework, and it can be a risk-free way for established manufacturers to fund new products before launch, as well as for buyers to get in early and cheaply. However, backers of the multi-million dollar Zano drone were almost entirely left out of pocket when it failed ignominiously. I'll say it again: do your homework.

On the camera front, we've had successfully delivered projects from the likes of Intrepid (large formar film camera), Lomography (Petzval lens), and Peak Design (Capture Camera Clip) among others, while Reflex (modular camera) is still underway. The Frankencamera doesn't yet rank as a failure, although five years on, the deliverables have yet to materialize. Even then, when you finally get your paws on the end result, it might not live up to expectations. 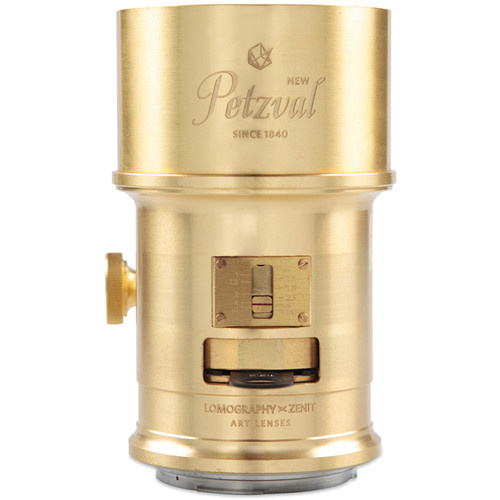 All of this is fine and, perhaps for many, obvious, particularly given caveat emptor — aka "buyer beware." However, what you don't expect is for your new, shiny, brand name camera to ship with what could be described as "design flaws" or, less generously, as an experimental, untested product. For simplicity, I'm going to split these into three different kinds.

The first of these is what we might call a "configuration limitation," where a general-purpose product should work as intended, but in certain unusual situations, may not. This is particularly the case for third party products that are designed to work across camera manufacturers, but that may suffer compatibility issues. For example, the Transcend WiFi SD card didn't work in my Nikon D800. One of the requirements for the SD card is that it is continually powered in the card slot. This is fine on newer cameras, but the D800 doesn't power the card by default, so you need to find a setting that does. It turns out that Live View does, along with changing "Auto Meter Off Delay" to never. To be fair to these types of products, they've learned from such compatibility problems and usually produce charts showing full or partial compliance, although they're not always accurate or complete.

The second kind of problem is what we'd call a "design flaw." A manufacturer comes up with a good idea for a product and produces a version that works most of the time. Or to put it another way, they've only partially tested it, and when it's sold to the wider public, it becomes apparent that there is a significant minority for which it doesn't work as expected. Apple faced this problem with antennagate on the iPhone 4, where cupping the hand over the lower-left corner significantly reduced signal strength. Apple first denied it was a problem, then blamed users, before finally providing a rubber case to those that requested it. Nikon has had a few high-profile problems over the years, including oil spotting on the D600, a faulty shutter mechanism on the D750, and problematic IBIS on the Z6/Z7. This led to product recalls, a scenario that manufacturers want to avoid because of the costs involved.

To be fair, cameras are complex devices, and manufacturers undertake testing under "normal use" scenarios to ascertain that their products work as intended. However, testing a pre-production model in the lab isn't the same as selling 20,000 units to the end-user. Limited pre-production testing with professionals can be invaluable, but by this stage, it may be too late to fix any problems.

This highlights the significant difference between software and hardware defects: the former can usually be fixed with an update that the end-user can install. Camera manufacturers regularly release firmware upgrades to camera bodies (and increasingly lenses) that fix a range of problems, as well as adding new functionality. Fuji is particularly renowned for its "kaizen" approach to providing feature-rich after-purchase updates to firmware. Indeed, the last firmware release for the X-E2 made it almost identical to the X-E2S. 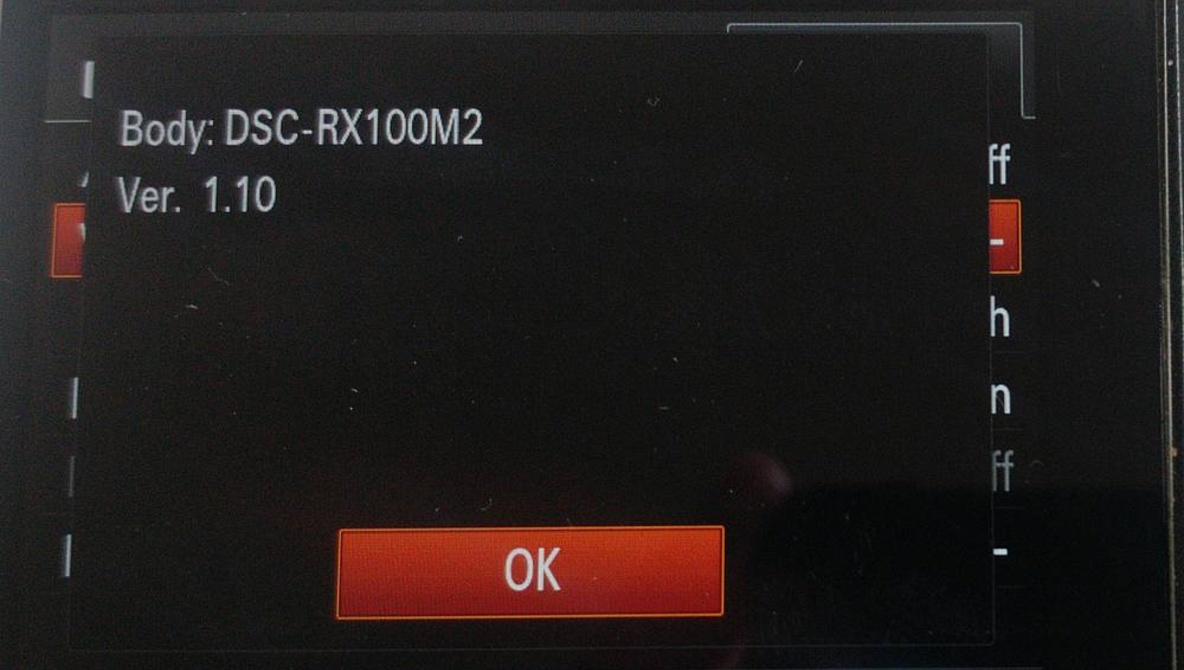 Of course, the ease with which firmware can be distributed to end-users has meant manufacturers now focus their time on finalizing the hardware, leaving software development to the very end or after the product has shipped. Many users applauded Nikon for introducing impressive focus tracking to the Z6/Z7 with a firmware upgrade. Yet, isn't this just a case of delivering an unfinished product to the end-user and then letting them patch it later? Nikon doesn't have a great track record of firmware updates. I bemoaned the fact that the 2008 D700 only allowed a maximum of one-stop exposure bracketing. Imagine my surprise when the 2012 D800 still only allowed that. Sony has tended to be even worse, preferring to release new cameras to firmware updates.

The different approaches to firmware updates by manufacturers are notable. Given end-user expectations of a steady stream of fixes during the lifecycle of a product, this can be a market differentiator. It also leads on to the third kind of problem: experimental features. These are features of a product that are included in a largely untested state. They may work in principle but have had limited application in the real world. I would put Nikon's SnapBridge in this category, and it's a common theme with firmware. Manufacturers don't need to get it right the first time, so they iterate over versions, leaving the end-user to test and report back. It took Nikon quite a few releases of SnapBridge (in both the camera and app) to make it usable.

Pentax was rightly criticized for the aperture control block failure on their K-30 and K-50 cameras (although it extended to quite a few other models) that didn't result in a product recall. If you were out of warranty, you'd also end up out of pocket — somewhere to the tune of $250. This would also appear to be a combination of experimental design and quality control, a bad combination.

Another infamous experimental feature was Sony's Star Eater — no, not a new weapon from the Galactic Empire, but a rather overeager bit of computational photography. I've bemoaned the fact that camera manufacturers have been slow to embrace computational processing platforms (and so are no longer relevant); however, Sony is ijna prime position to exploit this, being an integrator across smartphones, software, sensors, and cameras. The Star Eater is a good example of taking this too far — one of the banes of smartphone photos is image noise. A combination of multi-shot and noise reduction processing makes this unnoticeable, unless of course you introduce noise reduction processing to your top-end pro cameras, which include the highly regarded a7S II. This was a top choice for astrophotographers who required high sensitivity, which, unfortunately, came at the price of removing stars, hence the nickname. To make matters worse, the noise reduction was applied in the raw file, so there was nothing you could do about it. Adding insult to injury was that this was an irreversible firmware update.

Not all experimental features are failures, though. Fuji's first camera to feature Wi-Fi was the low-end X-M1, which worked perfectly. However, given the demographic of likely users, it was possibly treated as a live experiment on a potentially small number of photographers that would use it, wrapped up in a low-cost product. It worked and was rolled out across their other cameras. Experimental features might end up in the oddest of products, not because they belong there, but just to iron out the defects.

Should manufacturers put experimental features into their products? 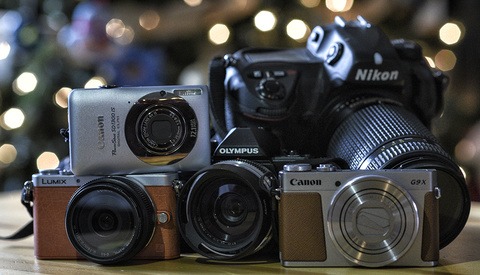