Continuous LED lights have made a ton of progress in the last few years, and they have become more powerful and versatile than ever, making them a viable alternative to strobes in a lot of situations. In this review, we will take a look at the Broncolor LED F160, a compact, high quality option.

I have always loved Broncolor products. I currently use two Siros 800 L monolights with a range of modifiers, and I could not be happier with my setup. Broncolor tends to create high quality lights with intuitive controls, incredibly stable output, and the durability to last for decades. It is not uncommon to see photographers using Broncolor lights that are multiple decades old.

I was excited when Broncolor announced the LED F160, a dual purpose LED light with an output of 12,000 lumens (650 W halogen). Check out its full specs:

Strobes have been the standard lighting source for the vast majority of photographers for a long time, but improving LED technology has brought constant lights to the forefront a bit more in recent years. Of course, videographers are used to constant lighting, but they can also benefit from LED technology, which generally offers cooler operating temperatures, less power consumption, and conveniences like variable color temperature.

One of the biggest advantages of constant lighting for photographers is the ability to see the way your subject will be rendered at all times. Of course, most strobes come with low-power modeling lights, but a constant light will show you your setup at full power in real-time, making it easy to work with multi-light designs. A further benefit is that you can fluidly and easily switch between stills and motion capture. You will also have an easier time working with wider apertures with a constant source. A further benefit is that you never have to worry about recycle times or things like high-speed sync. Lastly, since you are working with full-power light, autofocus is much easier and more effective with a constant source.

There are drawbacks in comparison to strobes, however. First, continuous LEDs will not match the power of a high-power studio strobe, at least not at comparable price points. For studio photographers, this may or may not be an issue, as you have full control of the ambient light and can afford longer shutter times with certain subjects. On the other hand, if you need a fast shutter speed or are working outside and competing with the sun, you may run into issues. A second issue is that because the lights are constantly at full power, your model will likely squint more. On the other hand, I find this to be an advantage, as less dilated pupils produce bigger, more colorful irises.

At the end of the day, the choice between constant light or strobes comes down to what you shoot and the properties and conveniences you value.

Build quality is typical of a Broncolor light; namely, it is solid and dependable, and it looks quite elegant. Setup is dead simple: put it on a light stand, plug it in, and turn it on. The light is lightweight and compact, and it is easy to handle and adjust. If you want to use the Wi-Fi control, this is also very straightforward, as the bronControl app is well designed. This is useful in a few scenarios. If you have a complex multi-light setup, it makes it easy to see the ratio of lights and to change settings from a central location. It is also useful if a light is simply in a hard-to-reach place, such as up high on a boom.

The rear control panel is straightforward and easy to navigate, consisting of the screen, two buttons, control dial, and focusing wheel. The focusing wheel moves the light in and out of the housing, helping to either focus it closer to a point for concentrated lighting or make it more diffuse to fill up large modifiers. The left button is the power button, while the right button allows you to quickly toggle between daylight (5,500 K) and tungsten (3,200 K) color temperatures. For any interaction with the menu, you will use the control dial.

The menu interface is straightforward, allowing you to quickly see and change the light's power, color temperature, and magenta/green compensation. In the submenus, you can change units (percentages or f-stops), cognition light assignment (these color LEDs make it easy to associate a light to an icon in the bronControl app by matching colors), lamp address, Wi-Fi functions, and display orientation (which can also switch automatically if you use the light upside-down). I almost never had to dive into the submenus, but they were easy enough to use when I did. Furthermore, the OLED display is bright, crisp, and easy to read.

The front of the light has the standard Broncolor bayonet mount, which is perfectly easy to use and locks solidly.

As mentioned, the light was very straightforward to use. I put it on my stand, put an octabox on, plugged it in, and went to work. One of the most convenient factors of a constant light for me is the lack of need for a trigger. You do not need to worry about wireless connections and radio channels, nor do you need to worry about things like high-speed sync. Just turn the lights on and shoot. 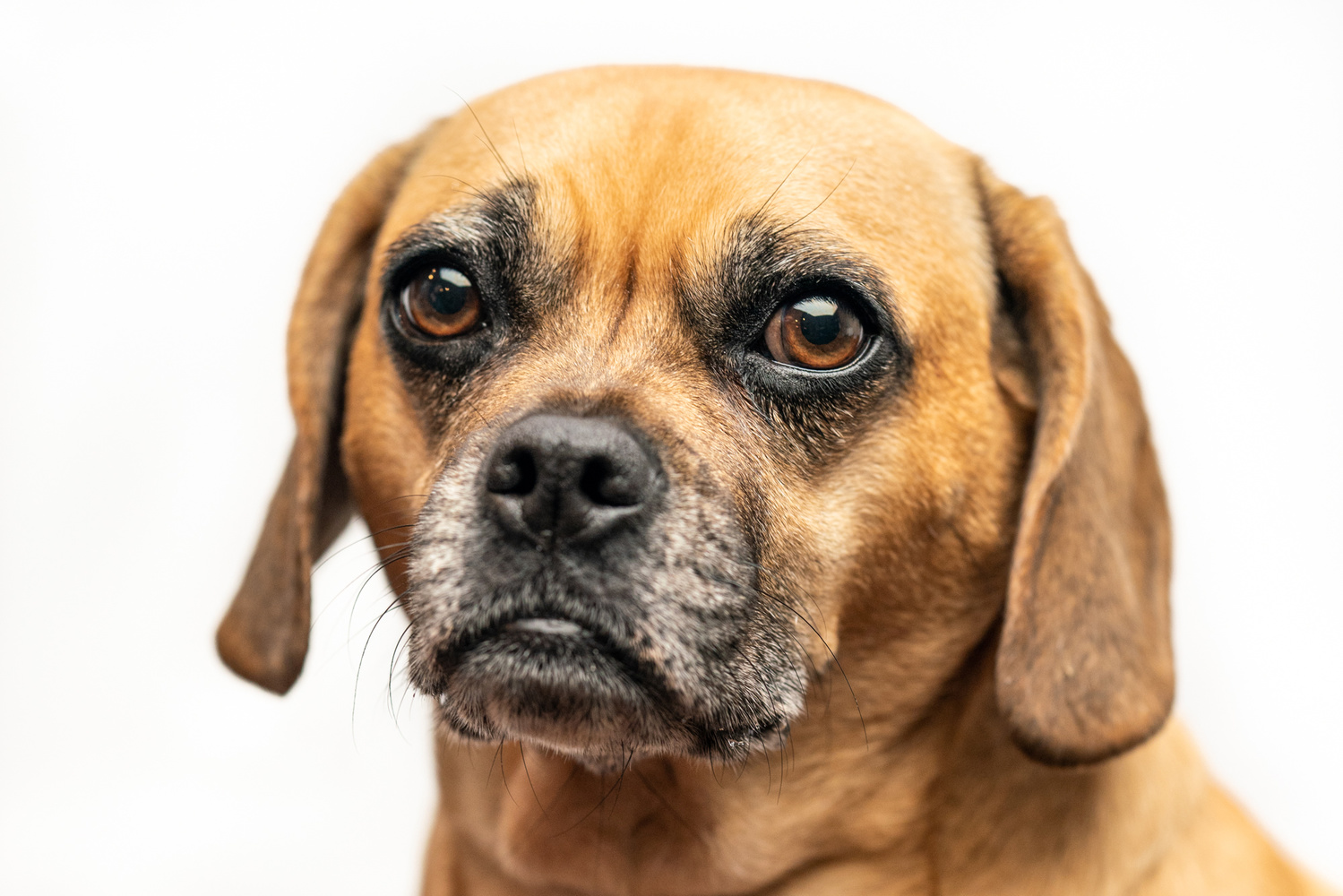 I decided the best way to put the lights to the test was a photoshoot with our pets. We have two puggles, and getting them to sit still for anything is a challenge (many treats were used to bribe them). I knew that once we got them in position, I needed snappy autofocus and the ability to fire off lots of frames quickly. Having the lights on at full power meant the autofocus system was getting all the help it could (as opposed to the relatively dim modeling light on a strobe), and the lack of a recycling time meant I could keep firing at 10 fps without a problem. Once I threw in the stellar real-time animal Eye AF on my Sony a7R III, the process was so easy that it felt like cheating. 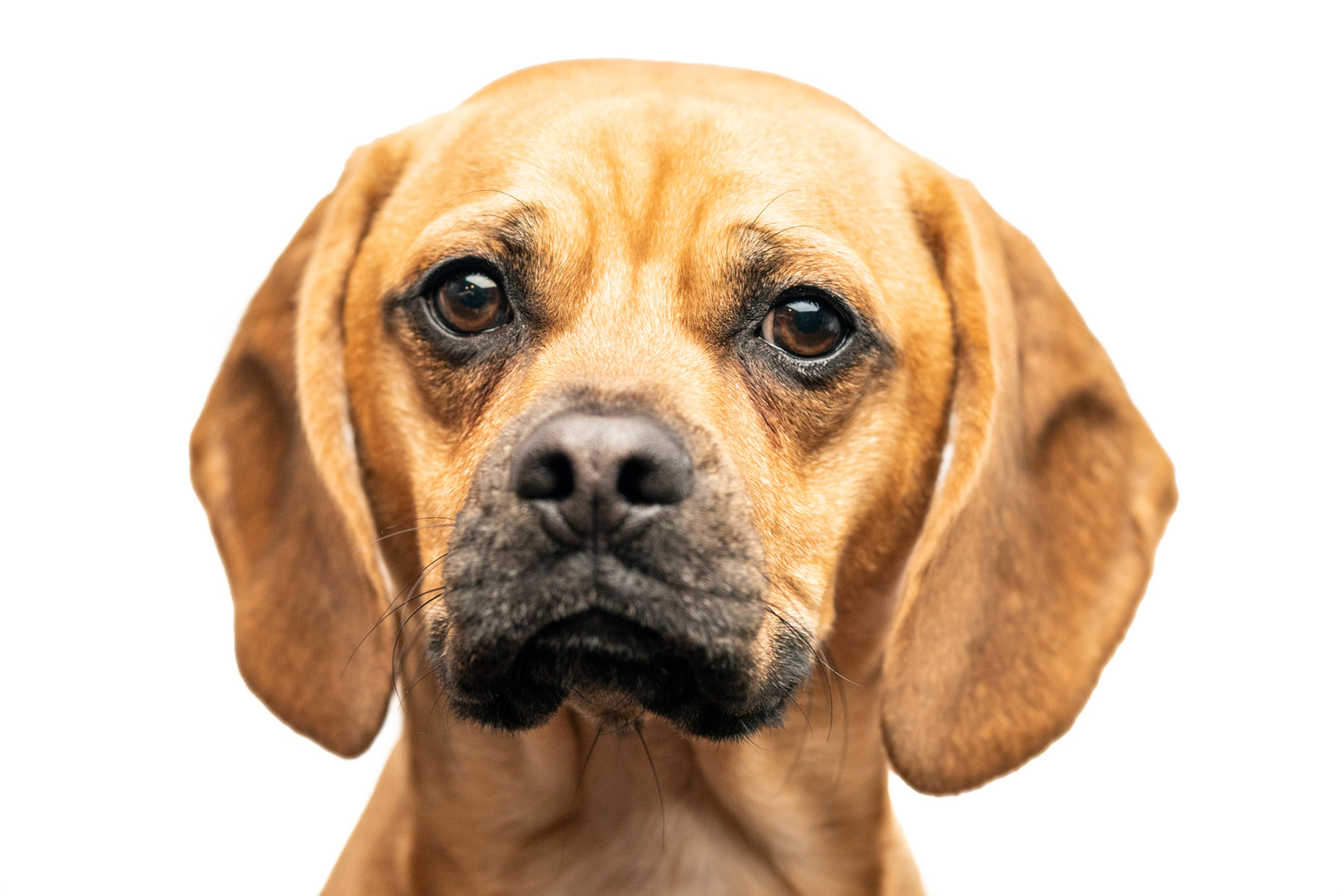 Typical of a Broncolor light, color consistency was dead on throughout the power range, and the lights worked beautifully and without an issue. I was able to quickly dial in the settings I needed and get to shooting, knowing each shot would be consistent. I did find myself wanting more power. In an otherwise dark studio, I had the lights at full power for the majority of the shoot with exposure settings of 1/100 s, f/2.5, and ISO 640. Granted, I had the light in a five-foot octabox, a fairly large modifier that takes a good amount of light to fill, but I had it about two feet from the dogs. With smaller modifiers, you are less likely to encounter this issue, but it is something to be aware of with any constant light. Video shooters will pleased to know the unit is very quiet, even after running at full power for an hour. 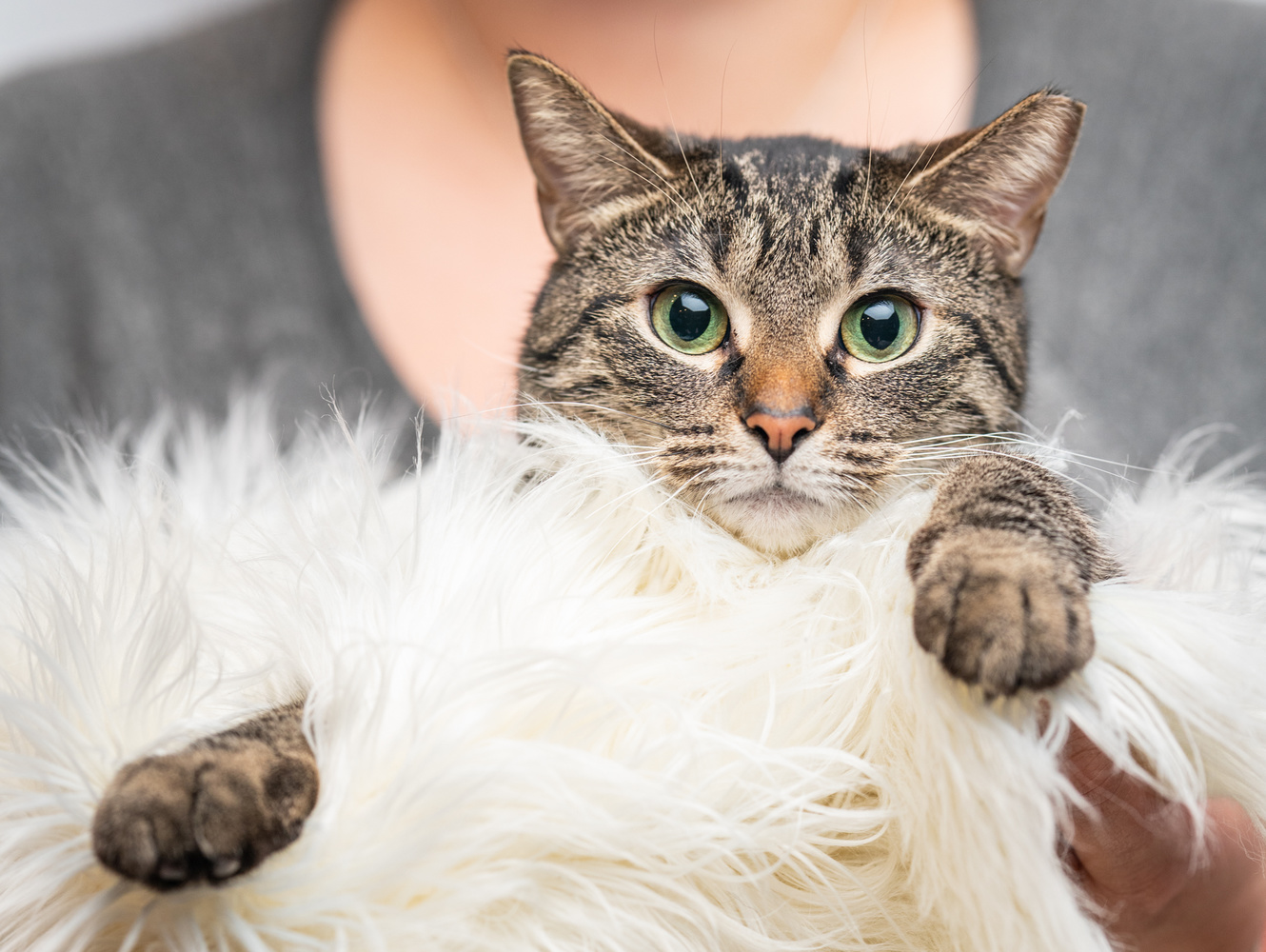 Altogether, if you need a dependable, versatile, and high quality LED light, the Broncolor F160 is a great option, particularly if you are already invested in their system. You can purchase yours here.

Update: Broncolor let me know that they recently introduced a battery system for the F160. Check it out here.

Recently I've been doing shoots where I have to travel light and take portraits in confined spaces. I was sick of lugging around strobes and then setting them up, taking them down, setting them up and so on, so one day I took 3 different sized LEDs. I'm now using continuous lights only on shoots where I don't need the upper echelons of power from strobes and I'm loving it. I'm writing an article on the merits of continuous light at the moment. One thing I would say is as amazing as the F160 looks, if it doesn't have a battery pack it removes one of the key selling points for me. Also, please post me your cat, I would like it.

Broncolor just let me know they have a battery system for it!

But yes, totally agree regarding workflow. We can discuss the cat later.

Considering the range of LEDs on the market now from super cheap to very good quality more expensive ones I can only imagine a Broncolor purist would have any interest in these lights.

However the cat is a rather compelling proposition, and even accounting for food, litter, chewed cables and possible future vet bills still definitely seems worth the asking price.

I recommend rescue pets to everyone. :)

The battery pack option will be arriving soon. Like most products that use Chinese components, there is a delay in getting anything shipped from China. It's a 36v with XLR connector that should give about an hour of run-time at full power.

When using F160 in a large octa, try focusing the light and/or removing the glass dome.

Good catch! Thank you, Will!

That's 40+ years of accessories that are compatible.