How to Create Multiple Lighting Setups With an RGB LED Light

As high quality RGB Led light panels become cheaper and more compact, more and more photographers and videographers are finding just how useful these little lights can be. In this video, I compare the new Falcon Eyes Pocketlite F7 light to my favorite RGB light panel as we explore a few unique lighting setups any photographer can create on the fly.

If you've browsed Amazon or B&H for small, compact LED light panels, you've noticed a ton of these photography products popping up. In years past, we were pretty much stuck with single color LED panels (3,200K or 5,000K for example), or we had to shell out even more money to buy a less powerful but more versatile bi-color LED light. Times are quickly a changin', however, as many light manufacturers are releasing new RGB LED light panels that not only give you precise control over the white balance of your light, but they also allow you to create any color under the rainbow.

Several months ago, I did a review on the Boling P1 Vlogger light, which I instantly fell in love with after a few days of using it. I was pretty shocked when I walked into the studio last week and found two similar RGB Led light panels laying on my desk. The Falcon Eyes Pocketlite F7 12W RGB Led Light looks almost identical to the Boling P1 Vlogger, so much so that I think they are both products of the same parent company. While these two lights share many of the same features, the biggest difference is that the Pocketlite F7 light is slightly larger than the Vlogger (80x156mm and 70x150mm, respectively), and it also has a slighter wider white balance range (2,500K - 9,000K versus 2,500K - 8,500K respectively). The Pocketlite F7 is also $20 cheaper, which makes this new light an instant hit here in the Fstoppers office. 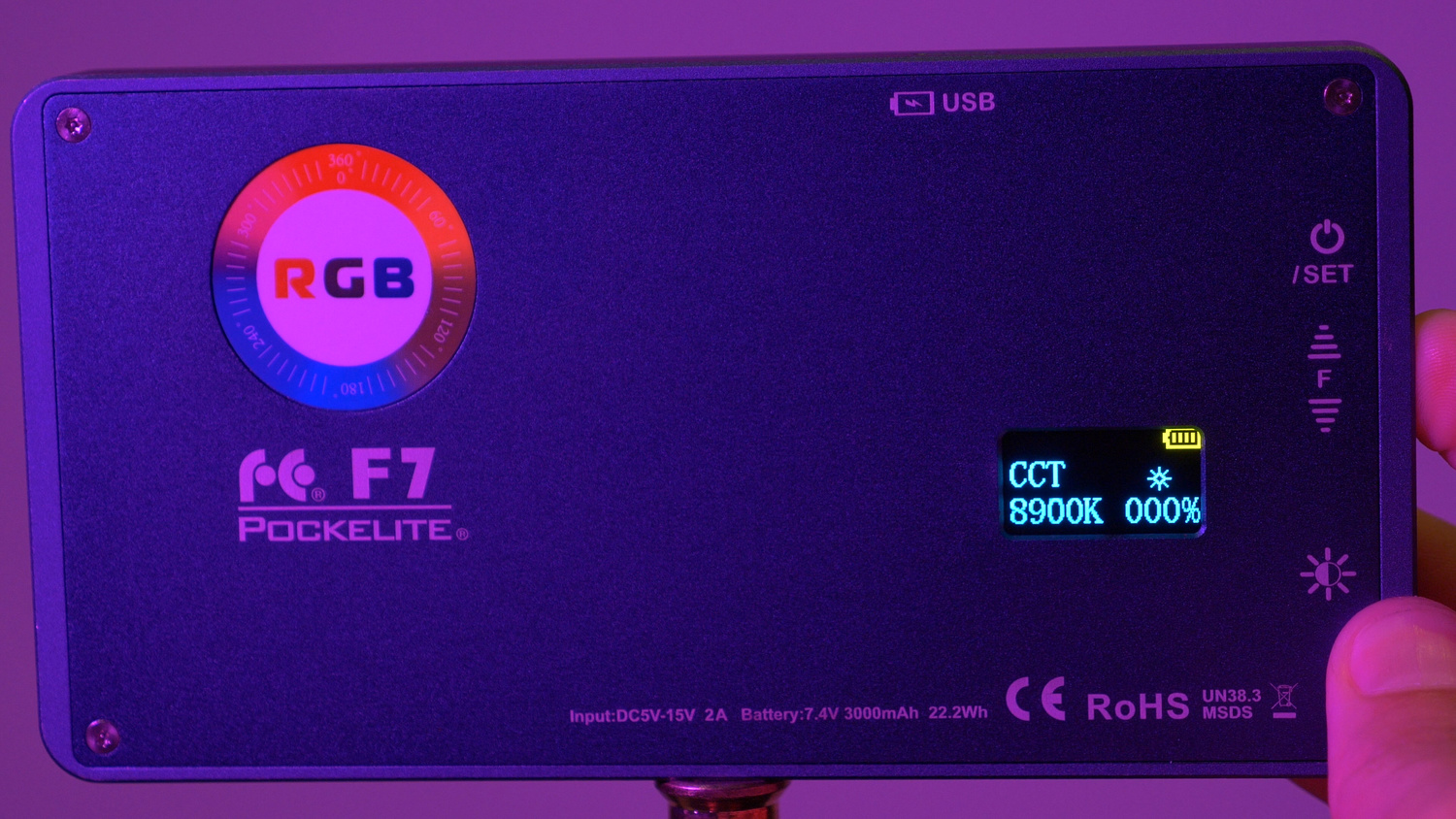 Perhaps the best features that make the Falcon Eyes light stand out over the Boling light are the two light modifiers that are included in the $149 package option. For just $10 more, you can buy the Pocketlite and Accessory Kit with both a rubber grid to help control the spill of your light as well as a rubber diffuser that helps soften the LED bulbs. Even though these two light modifiers are extremely useful and easy to use, I do wish they had the ability to mount to the light via magnets, since the Pocketlite F7 also has a magnetic back. So, while you can mount this light on a lightstand with the traditional 1/4" thread or directly on any metal surface, it would be great if the modifiers could snap directly to the light as well. 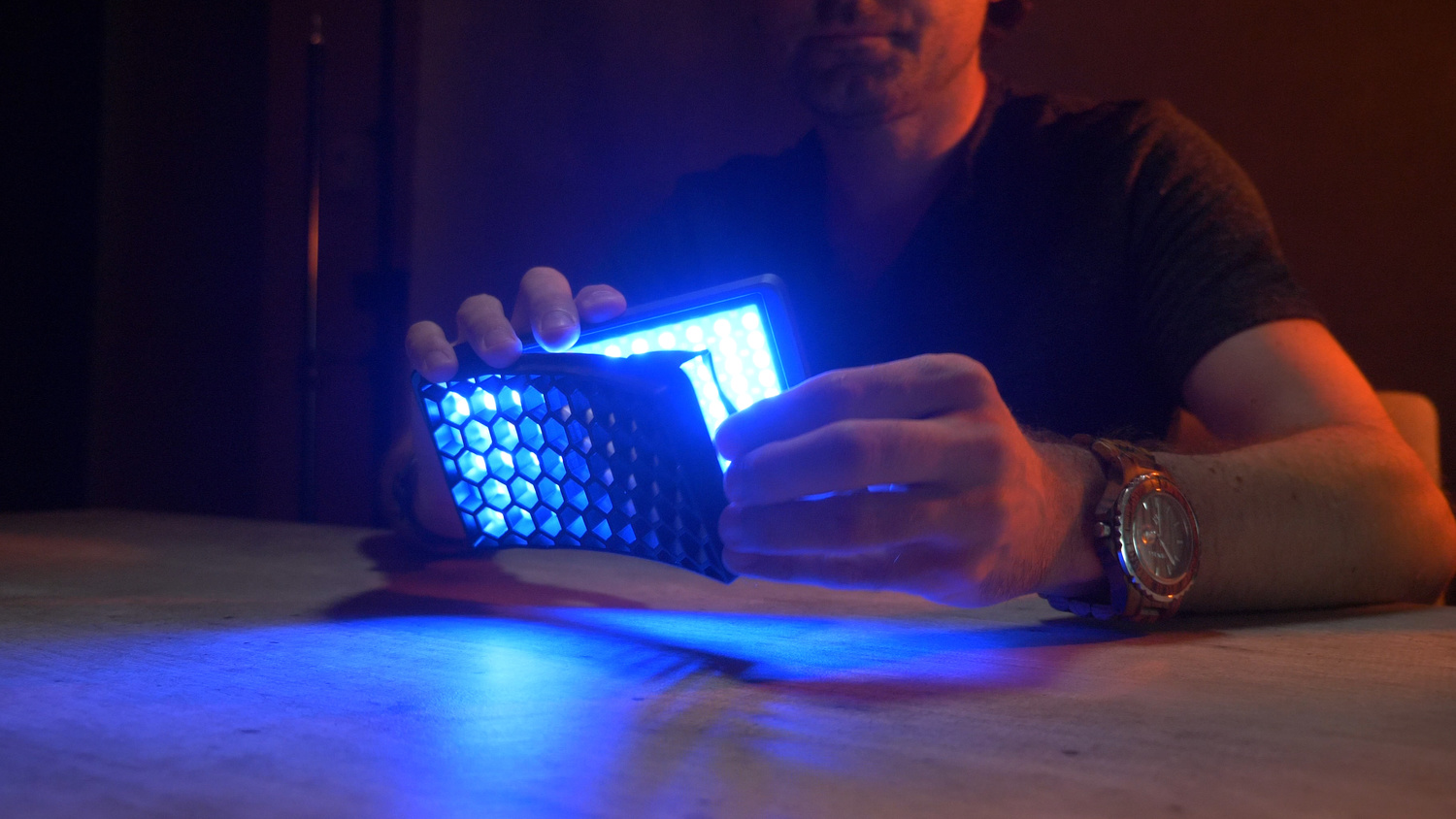 The Pocketlite comes with both a grid and diffusion panel

Another fairly obvious difference between these two lights is the actual mounting arm that comes with each light. The Pocketlite F7 comes with a mounting bracket similar to a magic arm that can be adjusted as you loosen and tighten the two small ball heads. These, however, aren't designed well for this particular light, because the tightening knob often hits the light fixture, and because both sides of the mount have the male 1/4" threading, this arm is most useful for mounting a light to a video cage on your camera and not to a light stand (there are a few female 1/4" threads on the bottom of the arm, but they aren't as easy to mount). In contrast, I still find the permanent bracket installed on the Boling Vlogger LEDlight much more usable. Not only can you mount additional lights and accessories to the mounting bracket directly, you can also easily position your LED light vertically or horizontally much more quickly than with the bracket that comes with the Pocketlite. 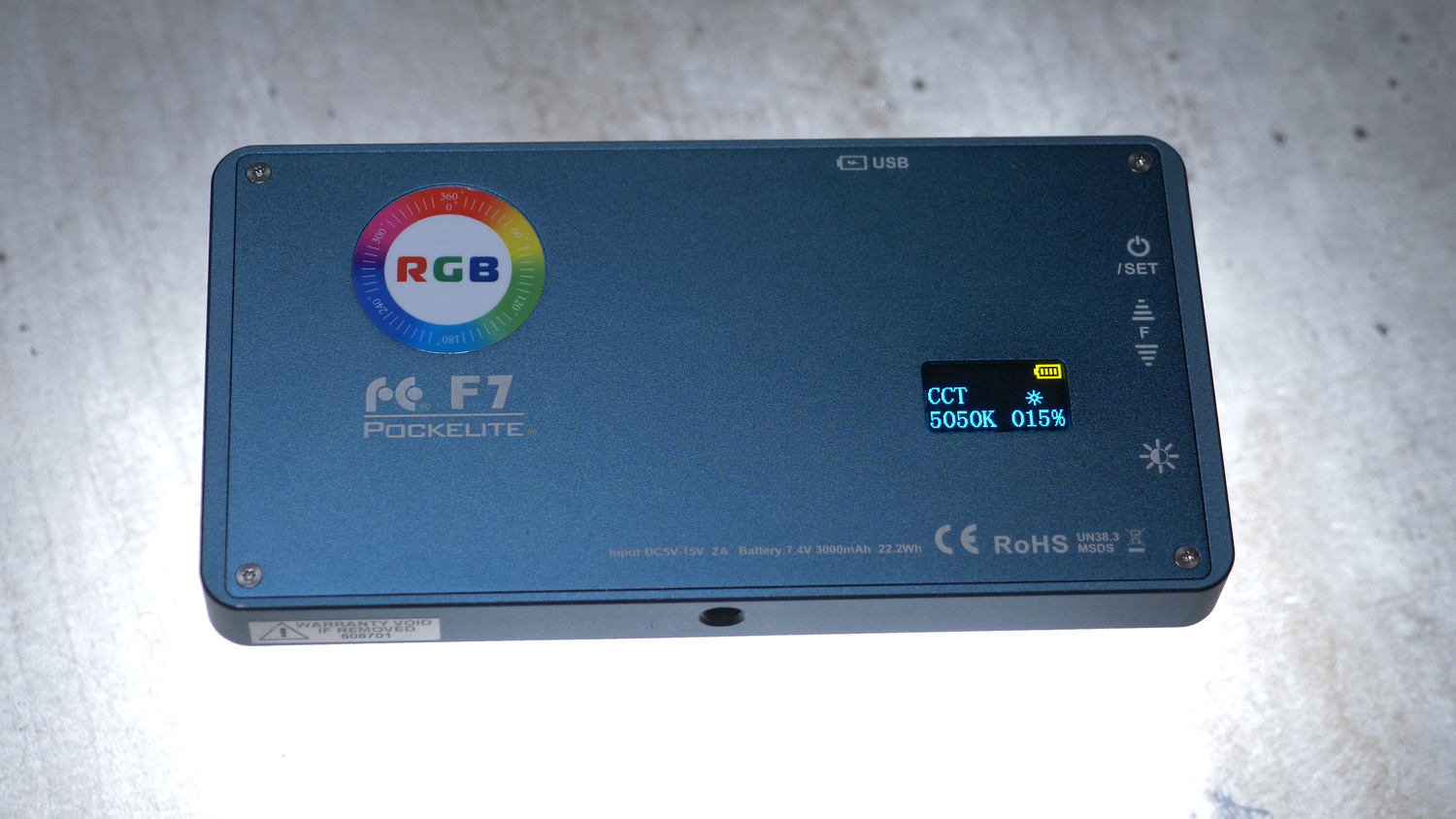 In terms of overall quality and usefulness of these two lights, they are almost identical in every way. Both lights come with a full range of WB lighting that ranges from incandescent to daylight, full RGB color modes that allow you to pick any hue imaginable along with saturation control, and both include no less than 14 special effects modes, such as ambulance, candle light, tv flicker, and lightning. Both of these lights can reproduce an accurate light spectrum with TLCI and CRI values above 96 on both scales, and the battery on each light is almost identical at 7.4 V at 2,930 mA on the Vlogger and 7.4 V at 3,000 mA on the Pocketlite. Both lights can run for over two hours on full power.

I'm surprised they didn't include a Wi-Fi chip in these little buggers. Fabulous little toys tho.

Hi Patrick, How does it compare to the Boling P1 which was reviewed by Lee couple of months back. Appreciate a response.

In the article about halfway down he mentions and quickly compares them directly, no? They seem to be functionally identical in their lighting output.

I was actually the one who reviewed them and I have to say, both lights are about 95% exactly the same. I do like the Boling mounting bracket better but I like the slightly larger size of the F7 and the accessories that come with it. The F7 is also $10 less than the Vlogger so I think I would go with this new one. They are almost identical other than that though.

These lights really are a godsend.
I bought the Boling P1 a few weeks ago for a video project and had the opportunity to play with it photographywise yesterday. It's extremely bright! Easily complementing my flash to the left of the image and I really enjoy the saturation-control, because with flash gels I often get clipped color channels especially on skin. 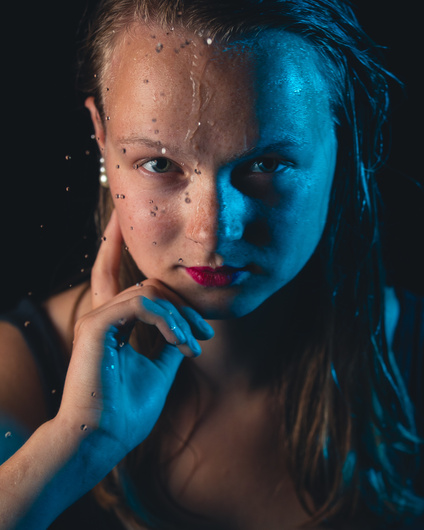