Intellytech’s RGBW LED panel is something I’ve dreamed of for years. It’s finally here, but do we even need RGB lights?

When Westcott released their flexible LED panel, it blew me away. Unfortunately, so did its price tag. As you’d expect, competition has been rife over the past three years, and we have some really solid contenders now. Aladdin, Falconeyes, and Intellytech are the three that come to mind. At Fstoppers, we’re already big fans of Westcott’s panels, but we tested out the Falconeyes RX-24TDX at the start of this year and saw the benefits.

While the cheaper flexible panels don’t quite compete with Westcott or Arri, I think they’re perfect for filmmakers and photographers of all levels. Who wouldn’t want a soft, bi-color light that doesn’t weigh a ton and fits into small spaces? So, in my eyes, the new LiteCloth LC-160RGBW from Intellytech has the best features/price ratio out there. 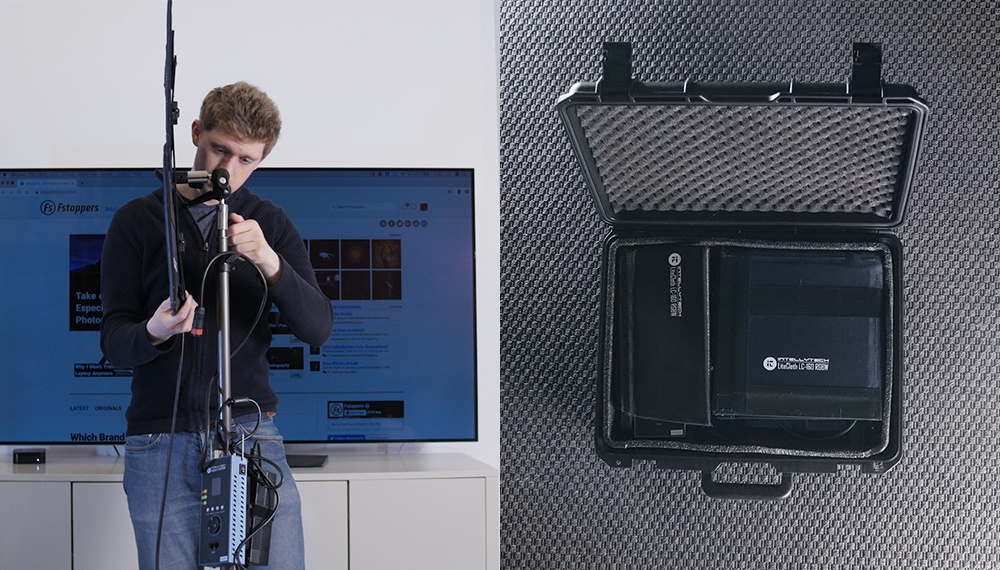 While setup takes a while, the light is crazy thin and packs away neatly.

Intellytech takes portability a step further, because their lights aren’t really flexible; they’re foldable. In my eyes, this is better. If you roll up a 2x2’ panel, it’s still going to be two feet tall. However, if you fold it up, then it’s half as tall and not as wide. This also means that the bracket doesn’t need to hold the corners of the light, which cuts down the size of that. Genius!

I can fit two of these lights into a Think Tank roller. If I put the cables/brackets/adaptors in my tripod case, then I can fit a camera and microphone too. This means that I can have a decent lighting setup for interviews in just two rolling bags. If I’m stuck, I can fit a single LED panel into a large Portabrace backpack, along with a camera and audio equipment. There’s simply no other light that could offer this range and still do that. 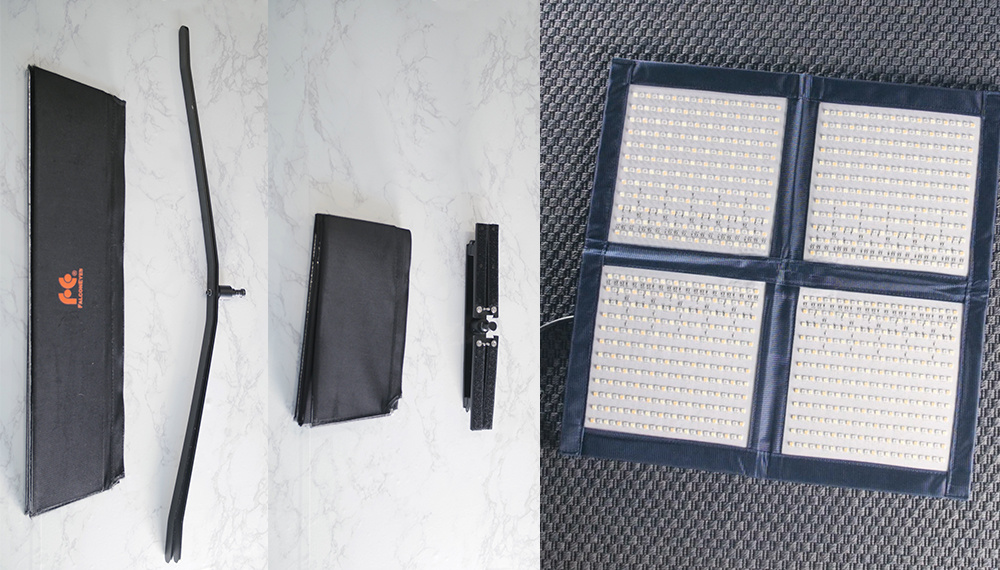 Intellytech's softbox and mounting bracket fold down to half the size of the Falconeyes equivalent. Falconeyes appear to have downsized their X-bracket in a recent update, but Intellytech's rigid frame makes for a smoother experience in my opinion.

Now, I feel like you shouldn’t do this unless you really need to. Intellytech provides a tough case for these lights that keeps everything safe but compact. I obviously recommend using that, because you’ll find it’s easier to scratch your gear if it’s crammed into another bag. However, it was necessity that led to me folding the Falconeyes panel (instead of rolling it), because I needed to bring it on a flight last minute.

I also prefer the build quality of Intellytech’s lights. Not only do they come with a nice case, but also a better mount that allows the light to be pointed down properly (not just at a right angle). Since the lights are foldable, they feel durable when you pack them away, and I can’t imagine doing any serious damage even if they’re tossed in a backpack for a quick shoot.

I used a Sekonic c-700 to figure out how reliable these budget flex panels really were.

LED panels have historically been hit or miss on color accuracy. In recent years, the quality has gotten a lot better, but it’s still not perfect. For example, this Intellytech panel gets its 5,600 K light from a mixture of 10,000 K and 3,000 K LEDs. This means that the color accuracy is only as good as the diffusion, and color temperature tends to be a little off.

What we’re looking for is not just that the white balance stays true, but that the Color Rendering Index (CRI) is high too. CRI is a score out of 100, based on how true the color of an object looks under a light. Most LED panels will fall down at specific parts of the spectrum. Pay close attention to the R9 (saturated reds), R12 (saturated blues), and R15 (skintones). Ra just means the average CRI, which is what a manufacturer will quote.

I’ve used a Spectrometer to measure the CRI and color temperature of this LiteCloth RGB panel and two other panels. Each light was tested from a meter away and using each panel's included diffusion. How do they hold up? 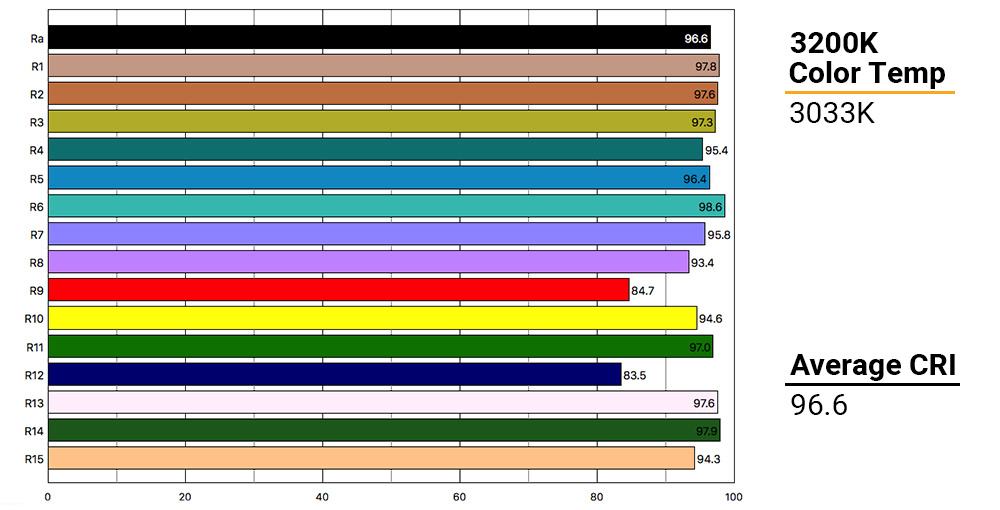 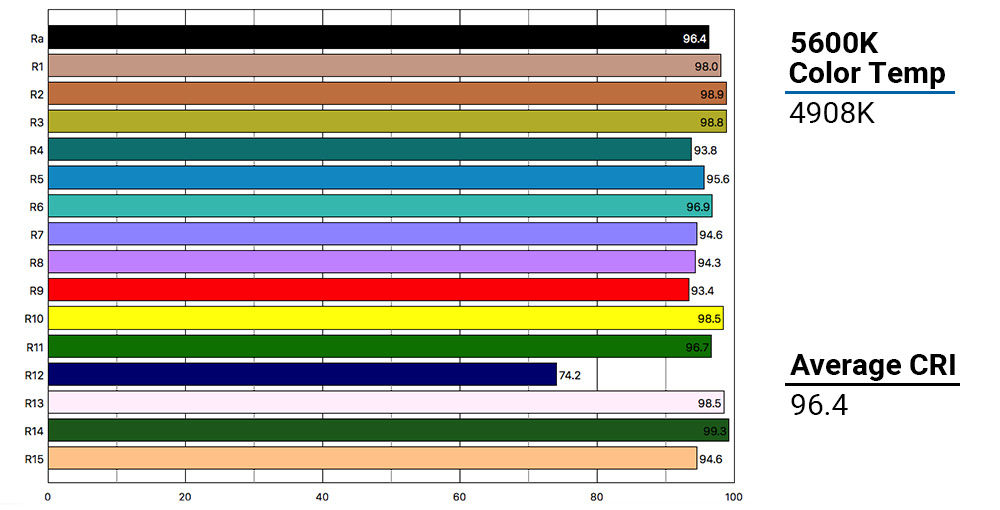 The panel's 3,200 K came out at around 3,000 K, which isn’t the worst. Something to keep an eye on, but you can definitely work with this. Unfortunately, 5,600 K registered at 4,900 K. To get true 5,600 K, I had to bring the light up to 6,250 K. This isn’t a perfect performance at all and would lead to trouble if you needed to match this light to something completely different, like a HMI or fluorescent.

As you can see, the average CRI is really high, which means that when the white balance is correct, you’ll get very accurate colors. R9 and R12 values dip down, but I’m not too concerned. I doubt most people will notice this. 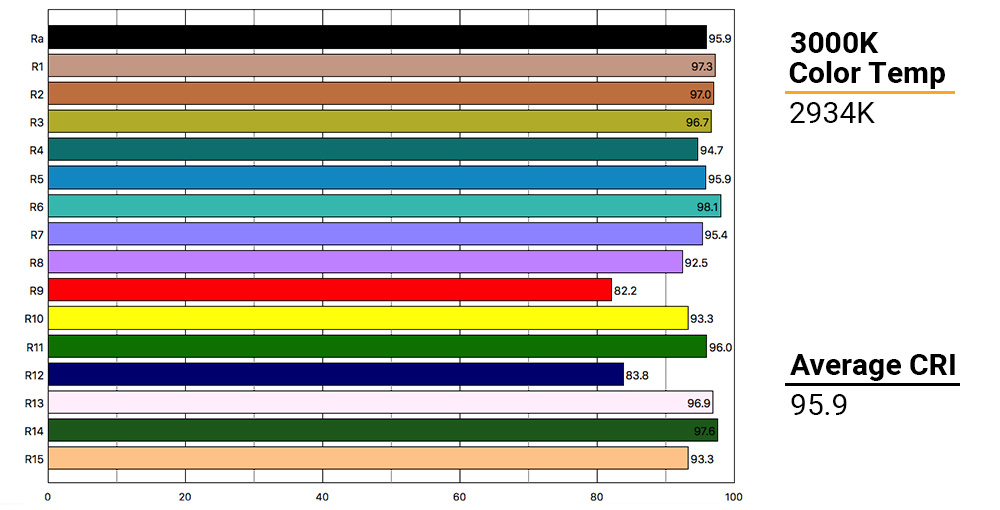 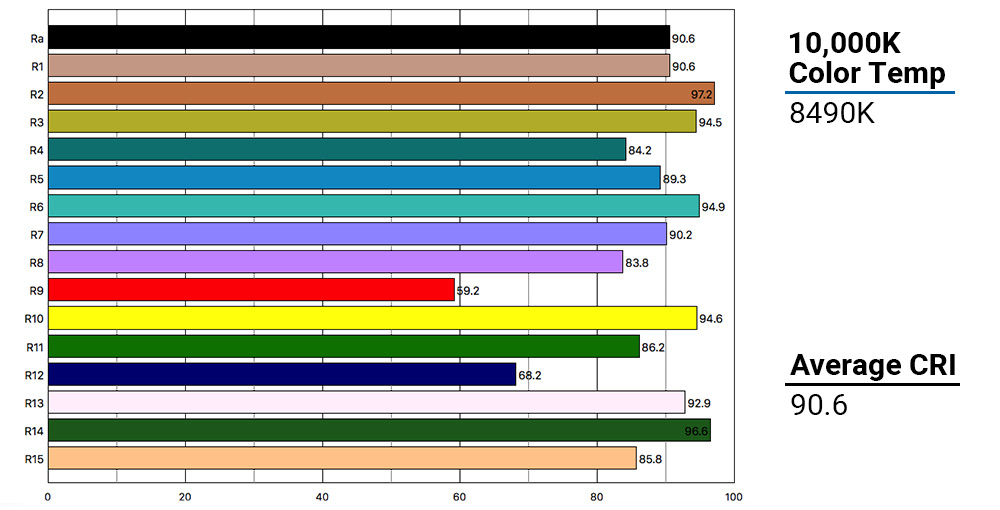 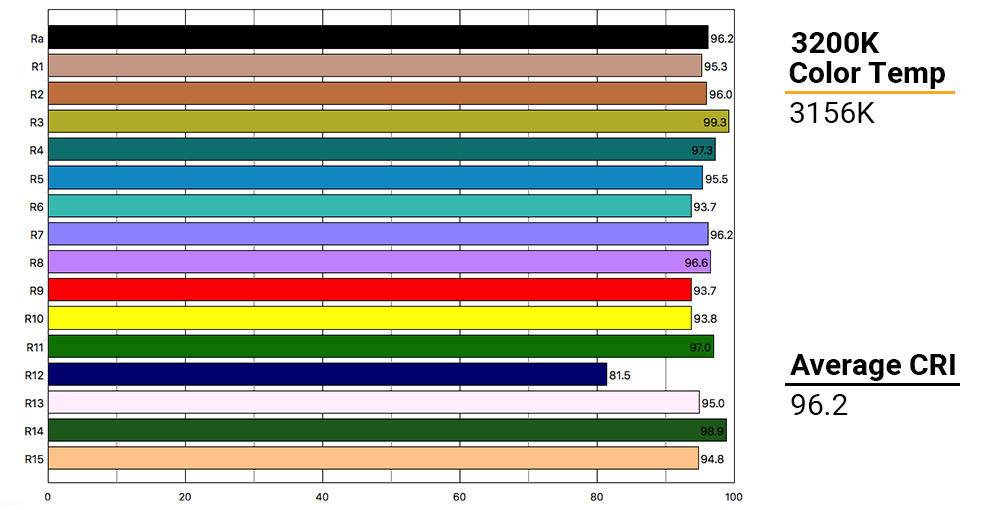 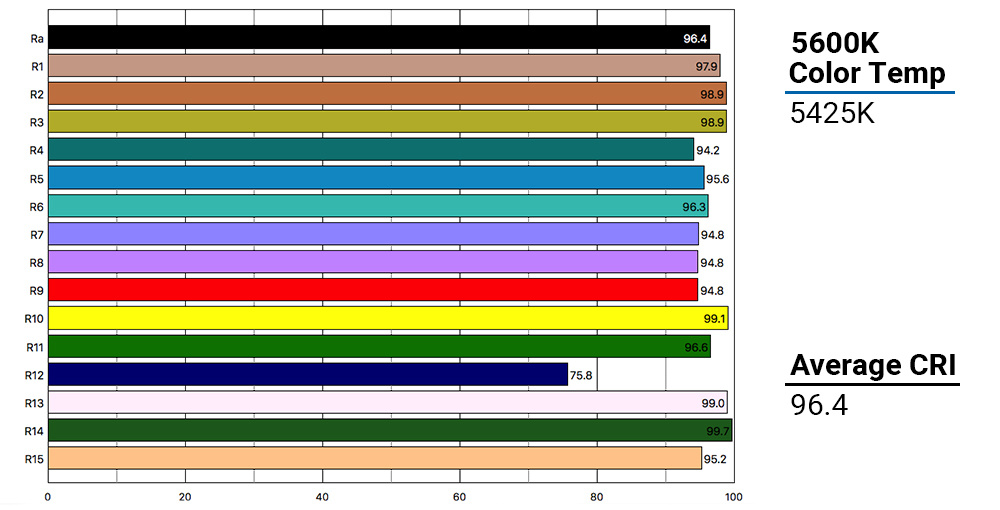 At 3,200 K, I feel this light really holds up. It does falter at 5,600  K, but nothing I’d get too worried about. The light output here is also stronger than the Intellytech RGB panel, since it doesn’t have any seams for folding. The Intellytech RGB panel reaches around 3,000 Lux from a meter away, while the Falconeyes gets closer to 3,700 Lux. It’s worth noting that this light won’t go beyond the boundaries of 3,000 K and 5,600 K. 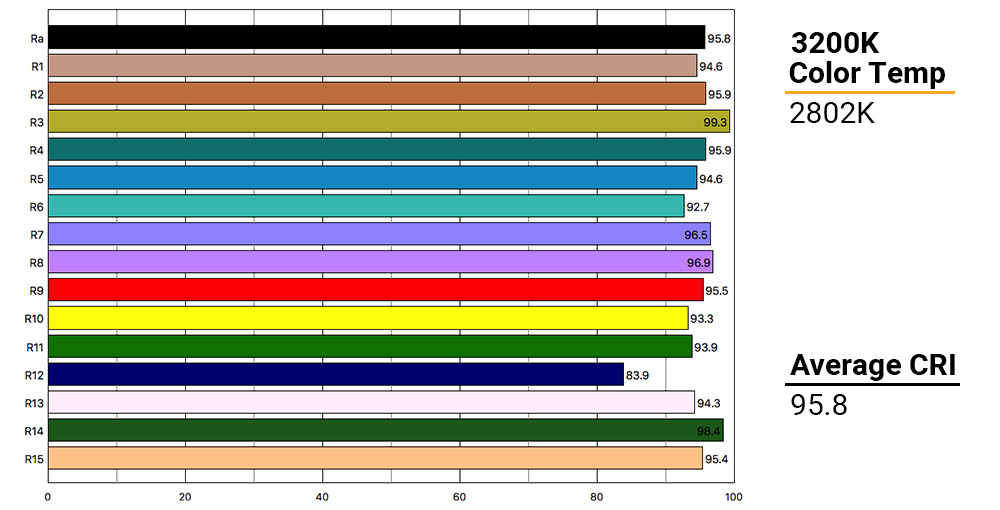 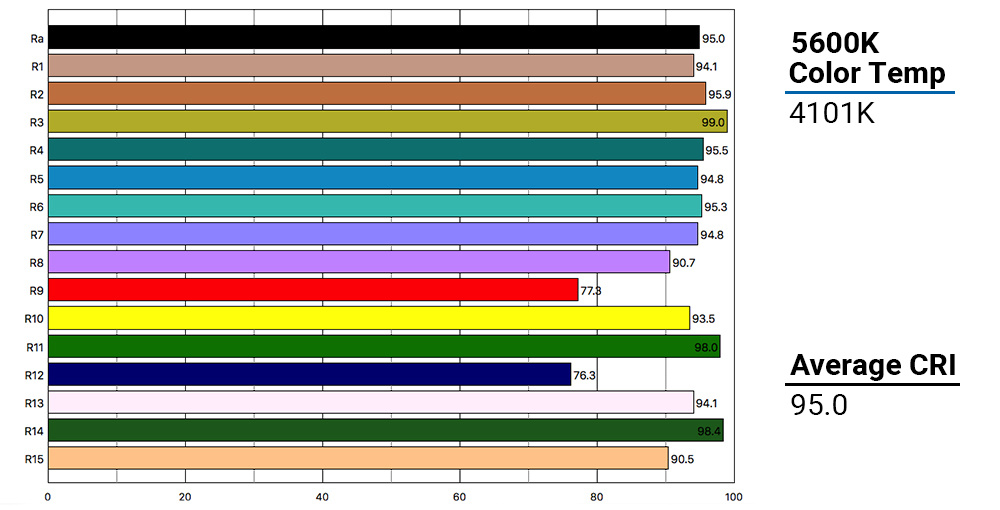 The FL-80 Airlight from Intellytech didn't perform very well. At 3,200 K, the CRI was high, but the light effectively put out 2,800 K. What was meant to be 5,600 K actually read as 4,100 K, which is by far the worst of the bunch. This light is leaning to a warmer color temperature no matter where it is.

I’d take these readings with a grain of salt, because the included diffusion isn’t a softbox, just a sheet, so it’s much harder for this light to mix colors accurately. I’ve also seen daylight perform better in other people’s tests, but it’s still sinking towards tungsten. I might just have a bad unit. Still though, I couldn’t recommend this light for anybody who needs to work alongside others.

In general, I was pleasantly surprised that I didn’t notice any noticeable magenta or green shift. The Intellytech 2x2’ RGB light isn’t as powerful or accurate as Falconeye’s version. I’ll bet most people wouldn’t be able to tell if the CRI was off a little, but I’m sure that color temperature issues will be seen. 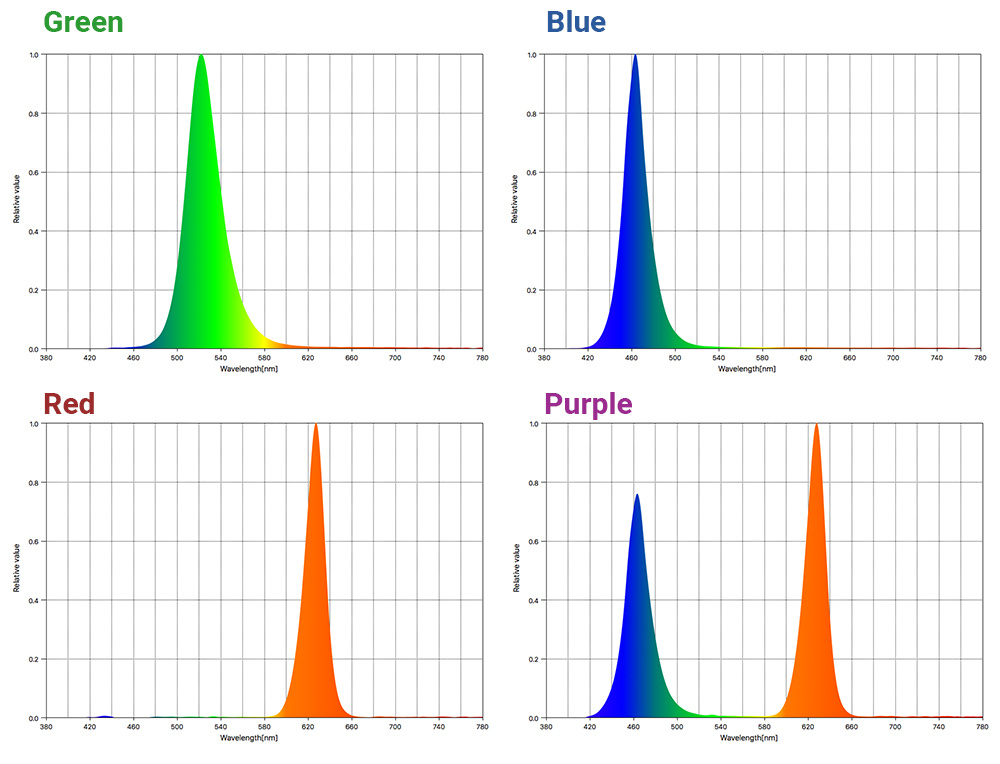 Should You Buy This Light?

In my eyes, I would recommend Intellytech to a friend. They make incredibly convenient, portable, lights that make gorgeous lighting easy. However I’m not sure that I’d use these lights alongside other types of lights, and I also think that buying more than one RGB panel is overkill. I’d stick to the regular 2x2’ bi-color Intellytech lights, and keep one RGBW version just in case.

The price of a LiteCloth LC-160RGBW is about $1,600. Not at all cheap, but a hell of a lot more affordable than the competition. You’ll pay about the same price for a bi-color Westcott Flex of the same size, or you can get a 1x2’ Westcott RGBW panel. These don’t come with any extras or accessories, unfortunately, whereas Intellytech’s comes with the whole kit (minus the remote and extension cord).

The regular bi-color 2x2’ panels from Intellytech retail for $1,000, and their 1x3’ panel is $900. The Falconeyes RX-24TDX runs for just $570 on Amazon right now too, and it looks like they’ve managed to half the size of their annoyingly large X-bracket mount.

So, that’s my opinion: it’s the most versatile RGBW LED panel I’ve seen to date, but let me remind you that these lights aren’t in the same league as some of the bigger brands. If convenience trumps color accuracy for you, then the RGB LiteCloth is the ticket. Also remember to buy a color checker or white card before ordering.

Are your charts correct? In the first two you're showing the exact same color grades for 3k & 10k. And similarly for others. That doesn't seem statistically likely.

Then for the LiteCloth you're showing a CRI of 96.6 @ 3k with quite poor performance of R4, R5, R7 and R8 while you show the Falconeyes with 96.2 for massively better reproduction. I didn't do the calcs but I'm not sure either is 96 nor is the first better than Falconeyes.

Great catch – I re-exported from Photoshop and must've messed it up! Luckily the video is unaffected.

The charts in this article came straight out of the Sekonic C-700, the text on the right is just to display information a little faster. The video uses the same data but was brought through After Effects to add clarity and polish.