Gnarly Bay, who I wrote about a few months back, have just released their latest film, “SPACE.” It's a film that explorers the idea of space, but not in the conventional sense. I spoke with Dan over at Gnarly Bay who talked about the inspiration for “SPACE” and how it took almost six years to complete this video, using footage that was shot back in 2009 when he first traveled with a DSLR through New Zealand with his then girlfriend, now wife.

I had a chance to talk with Dan at Gnarly Bay about “SPACE” and how the concept came about. Speaking about his 2009 trip, “That was my first trip with a 7D (and Super-8 camera), and I came home with a hard drive filled with a bunch of random footage... but never really had any unique ideas about how to put it together. The footage just hibernated on the drive while life went on.” Earlier this year his son Wes was born, giving him a whole new outlook on the way children see the world around them. Dan said that Wes' first word was light, “I realized that... in baby logic... without light, there is nothing. No distance too far... or too small.  No concept of space.” This combined with a multitude of the universe falling right into place, along with inspiration from friends led Dan right back to his footage from 2009 with a new found story in hand.

It's clear from the credits that it's not just Dan at Gnarly Bay behind the lens here. He collaborated with a handful of other friends, producers, photographers, and editors collectively they are known as Howl Creative. Dan learned that they were going to New Zealand for a trip and reached out to them for a bit of help. With the idea for “SPACE” in his mind Dan told me, “Through a minor miracle of FedEx finagling, back-alley bartering, and some genuine generosity from all parties involved... the guys got the space suit from L.A. to N.Y.C. to Christchurch within hours... and the rest was them running around getting (amazing) shots based on my very generic direction.” For Dan it's all about acting on instinct and using a close network of folks around you. As a filmmaker myself, I can't stress this enough when it comes to creating great films. He went on to say, "If you have the opportunity to collaborate with people whose work you admire and whose life philosophies align with your own... do that shit. If I never reached out to Forest and/or if they didn't take the challenge head on... the footage would still be in hibernation. Sometimes, we can't get out of our own way, and it takes someone else to help fuel our little space rocket.” This really stuck out to me, as filmmakers we tend to be our own worst enemies. There have been plenty of times in my own work where it's taken talking to others to clear my thoughts out of my head, or allow my collaborators to give me some input that made the project better.

In talking with Dan we explored the challenges that come along with revisiting old footage and updating it for a new project. As I stated above this was one of the first times Dan had used a DSLR to shoot video. He went on to talk about the typical issues that plague the early works of many filmmakers using DSLRs for the first time. However, those things aside the footage has held up quite well. He worked directly with their editor Jordan Ingram to come up with an edit that supported the vintage style they were looking for, while simultaneously hiding some of their earlier mistakes. The biggest challenge Dan stated they ran into: “Conveying to the viewer that we have so many nooks and crannies on this amazing planet to explore... we should remember to take advantage while we are lucky enough to be here. Be the spaceman... explore, and make some magical memories.” While, it may not be the most technical challenge to run into, it certainly speaks volumes to what they wanted to create. 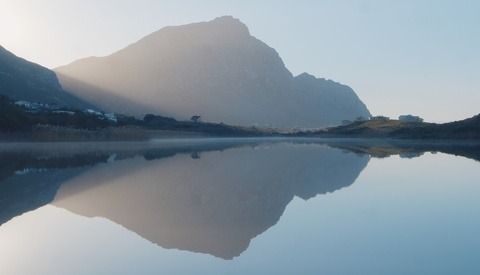 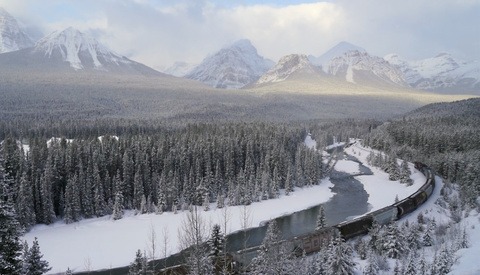 Yea then back to reality....the mortgage, the job, getting laid off..money..ect ect