How a National Park Changed the Way I Shoot: Lessons From Yellowstone (Part 2)

I think most photographers understand the desire to continuously acquire piece after piece of equipment. Looking back at my trip to Yellowstone, of course there are several lenses and at least one other camera body I wish I would have had for that trip. However, at the same time, I am pretty pleased with the images I was able to capture with the gear that I had while out exploring that beautiful place.

As the title of this article denotes, this is part two of an article series which talks about things that I learned when I visited Yellowstone National Park. The articles don't necessarily have to be read in order, but if you haven't already, make sure to go check out part one. I learned so much, both as a photographer and just as a person, from my trip to the national park, I just hope that some of this ends up being useful to you. Set aside learning things from a technical standpoint, I learned how to make more out of my trips from that point on. I learned how to be more effective at capturing memories as well as images that could end up being printed and hung.

Sure, it might be nice to have every lens in existence, that all conveniently traveled around perfectly with you. But let's face it, that's probably not very realistic for most of us. If I were to recommend any sort of gear to take with you while visiting a large photographic haven like Yellowstone, I would recommend a wide-angle zoom and a telephoto zoom. Personally, I took a 16-35mm lens and a 70-200mm lens. Sure, you could argue that I probably should have had a 24-105mm to cover the focal distances between the other two lenses, but my budget didn't agree with that.

Yeah, yeah, it may seem like a common-sense suggestion. It may even seem like a stupid suggestion, at first. But when we're standing in front of that next epic view, it can be good to remember to take a minute to stop and check out the smaller details. I ran into this situation quite a bit during my travels through Yellowstone. There were so many things to see, so many places to hike, so many epic geysers and waterfalls to watch. More than once, I had to remind myself to take a couple seconds and scan the area looking for things that I might not have noticed originally.

This shot above is one solid example of what I am talking about. I took this shot, quite literally, standing in the middle of the trail that leads down to the Brink of the Lower Falls in Yellowstone Canyon. The area is heavily wooded, so glimpses through the trees are scant and infrequent at best. But there was this tiny little window of space, only at one portion of the trail, where it opened up enough so you could see the Upper Falls clearly through the trees. Initially I had walked right past it, but enough caught my eye that I doubled back for a better look. I'm sure glad I did that because this shot was worth it. This shot would have been impossible without the focal length of 200mm, and even then, I had to crop a little bit to remove some minute, distracting foreground elements.

In this shot just above, and in the following one, I used the 70-200mm lens which was no easy feat. The decked walkway that you can walk on (the only place to walk) was the only location where I could set up a tripod, but that meant that there were people continuously walking around behind me. Their footsteps gave enough vibrations that anyone walking within a 10 foot radius would cause the camera to shake, even at 70mm. I learned quickly to optimize for shutter speed and to try and time my shots between gaps of people.

I can tell you this: I am so glad that I took the time to capture these images, even though it was a time-consuming and tedious process. My wide-angle shots of Mammoth Hot Springs are a lot of fun, full of color and lots of variety in scenery. But these zoomed in shots give me a much better view (and memory) what these hot springs are actually made of, what they actually look like up close. For me anyway, some of these closer, more detailed sorts of shots are just as important for me to bring home as the big sweeping landscapes.

Sure, I can see why you might think that this article is taking a turn for the paradoxical, but I promise it isn't. Especially in places like Yellowstone, where there is so much wildlife that is abundantly present, it's pretty easy to snap on the telephoto lens and just shoot away with it. To be quite honest, I did that a lot on this trip. But the more we saw, the more we experienced, and the farther we hiked, the more I found myself focusing in on other types of compositions beyond the ones that were obvious.

This shot above of Ice Lake is a pretty decent example of this. Having never been here before, I really wasn't sure what sort of scene(s) we would be hiking into, but I honestly expected to shoot lots of longer focal length landscapes. You know, the kinds where you can really compress the distance in your shots to play with the magnitude of scale; pretty easy to do in a place like Yellowstone. We probably hiked in the area surrounding the lake for about an hour, and I just wasn't super happy with anything that I captured. I ended up standing at this spot for several minutes just trying to figure out if it was worth shooting or whether we should just head back and find a different location to explore. On a whim, really, I snapped on the wide-angle lens just to see what the frame would look like and this is what I saw. No joke.

Granted, it's far from the most glamorous shot to ever come out of Yellowstone and chances are there are plenty of other lakes in places throughout the country that will look very similar to this. But, for me, this is a memory of Ice Lake. That sky reminds me what it was like standing there just gazing across the miles of fresh water, feeling the cold breeze brush across my face. The stillness of the water reminds me that the only sounds in existence at that place were the gentle laps of the water and the wind as it passed through the trees. A simple change of lenses helped me preserve a very peaceful memory that might have been forgotten had I been too impatient to get out and explore some place different.

Trust me, I honestly didn't start writing this article with the idea of going in any sort of philosophical direction. But realistically, it is something that I indeed learned while on this trip. Zooming out, taking a look at the wider picture, enjoying the entire scene — it's important. The shot above is the view of the Yellowstone River just upstream from the Lower Falls. It's not the view that I hiked down there for, but taking the extra time to turn 90 degrees to my right and to appreciate the entire scene is something that I really am glad I did. Taking the time to capture a couple extra frames beyond what you were originally there to capture could possibly have some big payoffs.

In realm of trying new things, seeing the bigger pictures, and having a broader appreciation for nature, I think it's important to be smart about how you do that. In any national park that I've had the chance to visit, I have seen some visitors knowingly violate rules and guidelines. If you're allowed to wander off-trail, awesome, go make the most of it. If it's forbidden for wherever you're at, just be smart about your adventuring and stick to the trail; the guidelines are there for a reason. I have actually watched rangers pull violators aside and give them tickets for misusing the public lands. We're all out there to enjoy the same things. We all have the same type of appreciation and fascination for what we're experiencing out in the wild, that's what makes these types of adventures so much fun.

Just be mindful that sometimes actions have troubling consequences. No shot is worth putting someone's life at risk, and it's definitely not worth damaging natural ecosystems that could take years to come back into standard growth. We live in an awesomely beautiful world, let's go enjoy it. Just as importantly, let's make sure that our actions don't inhibit others from enjoying it as well.

Beautiful shots as always Rex (I've seen a lot of your work on 500px). Yellowstone is one of my favorite places, I need to plan another trip. I learn a lot every time I go. My first trip in 2012 all I had was a T3i and a kit lens. I rented a 5DSR and an 11-24mm f/4L and had purchased a 70-200mm for my return trip in 2015. I put together this comparison a while back that shows how far I'd come in those 3 years. Both shots have hung above my fireplace, the first as a 48x32" canvas, and now the 2nd as a 48x32" metal print. To this day most of my all time favorite shots are from my 2015 trip through Grand Teton, Yellowstone, and Glacier National Parks.

I've only had the chance to go there the one time, so far. I'm already jealous that you've been there twice now! The 5DSR was a smart move for Yellowstone, I'm kicking myself that I didn't take a camera with more pixel power like that, I should have rented like you did! :)

Both of those shots you shared are super cool, but I can definitely tell the difference in how your photography eye advanced between the trips. Nicely done, my friend!

After visiting Yellowstone for the first time this July, my addition to your list would be "look past the attractions". I found a lot of cool stuff underwater that captured my attention. Sure, they're a bit abstract to show people on your vacation slideshow, but that's part of the fun. 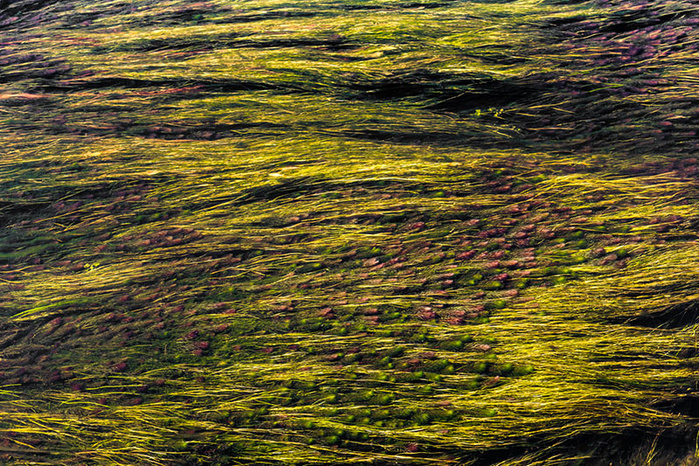 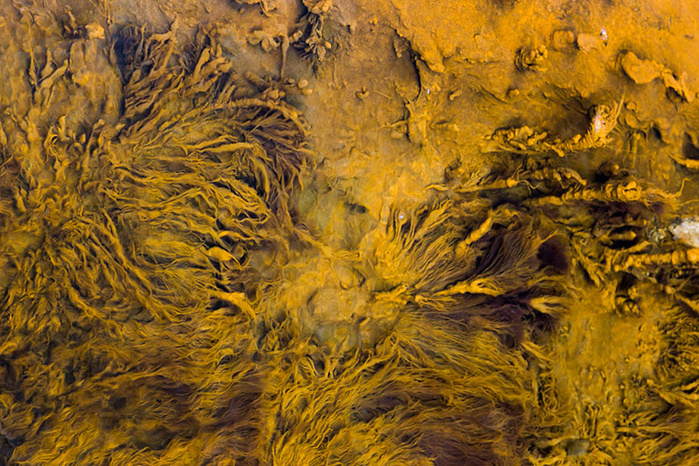 That is a fantastic idea! If you have a couple shots that you wouldn't mind letting me use in the next article, I'd love to feature them for the category that you suggested. I think it's brilliant. I know it's a rushed timeline, but I have to have the article completed and ready for publishing by the end of the day this Thursday.

Let me know if that's something you'd A) be interested in, and B) something you do within that time frame. I'd just need a couple of your top shots for the category, and basic written permission to use them in the article. :)