From its pulse pounding opening scene of a photographer seemingly cheating death as a massive wave breaks on the rocks in front of him, Ben Canales and his partner, John Waller at Uncage The Soul Productions, have created a film that beautifully shows the unique and rugged Oregon Coast like you have never seen it before.

On assignment for the Travel Oregon to showcase the Oregon Coast in the off-season, Canales and his team knew that they had an endless supply of incredible scenery, but how do you translate that into an unforgettable film? How do you convert the opinion of wet, cold, rainy coast to something alluring? It all starts with the hook, or opening scene, and this film has one of the best I have seen in a while. Canales tells me about capturing the thrilling moment:

I’ve lived in Oregon for almost eight years now, and up until this project I’ve never heard of Shore Acres State Park or the huge waves that explode there. While doing location research, local photographer Steven Michael sent us links to pictures from a big wave event a couple years back that left our jaws on the ground — 100 foot plus wave explosions washing over headlands. So, we put that on our ‘watch out for’ list, and a few months later Michael sends a message saying off shore swells are stacking up for a potential big wave event. I dropped what I was doing and rushed to Shore Acres. Ironically, my work partner John Waller was running a 67 mile relay race that ended just north of the wave breaks. So, I’m driving and he’s literally running to the waves; I pick him up fresh from the race, we grab a few hours sleep, and then we get to Shore Acres State Park before sunrise to hear and feel these massive waves pounding the headlands in dim moonlight. I think Bodi from Point Break would’ve grabbed a board and jumped in.

It was a rare big wave event that coincided with beautiful weather and light. Sunrise came from behind us and dramatically lit up the wave faces as they exploded up into the air. Usually these big wave events happen in stormy winter, so this was something special. We had the Sony FS700 and a slider with us and took turns being the subject in the shot or manning the camera and slider.

The moment looks so dangerous, the end of the film includes a disclaimer for beach safety, the equivalent of “don’t try this at home.” Canales tells me about the danger involved with these scenes and what safety measures were put in place to make sure the subjects weren’t washed out to sea:

We diligently watched the pattern of the wave sets and took input from the seasoned locals of where we would be reasonably safe and what was definitely off limits. After a few hours of shooting from a long distance, we carefully got closer and setup person and camera positions that could convey the scope and feeling of the waves exploding in front of you. Thanks to some thoughtful lens compression, we were able to capture scenes that look like the waves are literally crashing over our heads, but in reality were falling short in front.

While we never want to encourage unsafe practices, we strive to give the viewer a feeling and experience as close as what we felt in that moment. I think we achieved that in our shooting angles and person placement. Maybe we did it too well because our client asked for the safety disclaimer at the end to clarify their position about safety.

Our big goal of this piece is to communicate the beautiful and stirring raw power of the Oregon Coast in the winter. Most people think about flying kites, dogs on the beach, and leisure sun bathing when dreaming of the ocean. We wanted to bypass that and embrace and celebrate stiff winds, stormy sunsets, and cozy lodging for this project. Oregonians naturally have a toughness to them to enjoy this aspect, but I think anyone can be thrilled and excited about standing in a big storm and feeling the rain beat down on you, knowing that a hot meal, good beer, and a fireplace is a short run-through-puddles away.

The film includes stabilized video, a fair amount of time-lapse, and some beautiful aerial footage. Canales tells us about the equipment they used, and more importantly, how they used it.

First, a shout out to Joel Schat, we brought him in to shoot most of the time-lapse. Time-lapse is a love hate obsession because of the time commitment required to eventually be at the right place to capture the beautiful moment. Joel drove up and down the Coast, living in his blue Westy and really nailed the time-lapse shots.

For aerials, we partnered with ATI to brave stiff coastal winds and get the drone up in the air for some awesome shots. The aerial of Thumbs Point is one of the most asked about locations in the video. We love working with those guys because they nerd out on getting an awesome shot as much as we do. It’s a fun team effort to combine our vision with their drone operation. They continue to push the technology to awesome places.

A client requirement for this was 'experiential' footage of people interacting and enjoying activities, dining, and lodging. We used our wheeled time-lapse cart for some of it, but relied heavily on the DJI Ronin to be able to show up, dream up a shot, and execute without worrying if we had the right slider, jib, or dolly. These motorized gimbals are game changers.

The result is a beautiful showcase of one of America’s most pristine locations, the Oregon Coast. I have driven the coast, but didn’t give myself nearly enough time to fully document its jaw-dropping landscapes. Thankfully, Canales and Uncage The Soul Productions have given me plenty of motivation and ideas for when I return to this photographer’s dreamland.

Check out more from Ben Canales on his website, and watch more films from Uncage the Soul Productions on their website.

amazing. and in my state. time to check these spots out.

Dylan, I got to come join ya man!

Awesome, awesome! Just got back from Washington State / Olympic Nat. Park / La Push area. So much awesome stuff there too... Similar but different. Hell even when it's foggy, grey, raining it is so beautiful. A landscaper's paradise. Looking to plan a trip to Oregon this spring...

I only learned about the area it by seeing pictures on 500px from guys like Tula Top, Sean Bagshaw, and Marc Adamus. This video is a great selling tool to get our travel companions excited ;-) 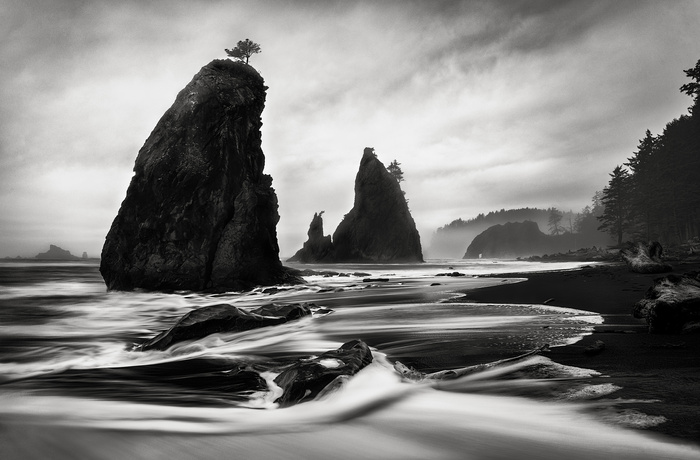 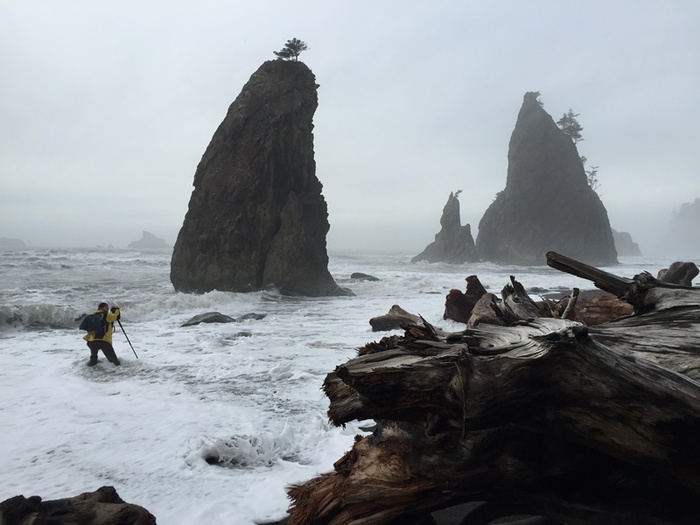 Sweet shots Mel! Yeah, I think the Oregon Coast got exactly what they were looking for with that film :)

So nice to see this again. I've traveled down the coast last year. This video makes me relive every second again. If you ever going back.. Pay a visit to the local airport of Tillamook. The guy maintaining it is worth it.

I never saw anything better :) amazing production, now I must visit that beautiful place