The untimely passing of Robin Williams at the still-young age of 63 sent shock waves around the world last week. Based on the outpouring of love for "Mork" on social media, it was evident that no matter your age, Robin was most likely a fixture in your upbringing. His acting brilliance ranged from the side splitting comedy "Mrs. Doubtfire" to the chillingly dramatic roles in "Good Will Hunting" and "Dead Poets Society." Robin could do it all on screen, but could be even more entertaining off screen, when he wasn't tied down to a script. He would often explode into comedic rants that would include character after character, all seemingly without stopping to take a breath. There was no doubt that the man was brilliant.

But as a photographer, one of the qualities that I loved most about the man that was Robin Williams was his ability to give the World incredible and powerful portraits. Whether laughing, smirking, or stoic, his piercing blue eyes would jump off the magazine page and forever be engrained in your subconscious mind. You could never forget those eyes.

I have lived Northern California for over 20 years now. I lived in the same county and went to the same high school as Robin Williams. I would often see him out and about, shopping, driving, or performing any other task that a "normal" suburbanite would do, not a celebrity of such fame. I never had the pleasure of shaking hands or chatting with him, but I wish I had. While meeting him would have been an incredible experience, that would be nothing compared to having the opportunity to take his portrait. Very few photographers have been lucky enough to be invited into this special club, but I know one...and the story of how he took this portrait will surprise you.

In 1987, Tom Tran was a 18 year old high school student who happened to be in the right place at the right time. He was asked if he wanted to audition for a new film in pre production called "Good Morning Vietnam". With nothing to lose, Tom left his still frozen home of Chicago for the sunny, palm tree lined streets of Los Angeles. He was hand chosen to audition for the part of Tuan, a Vietnamese man who is befriended by Robin William's character, a DJ for the Armed Services Radio Network named Adrian Cronauer. After an intense screen test with Robin, Tom was offered the role, and shooting was to begin in Bangkok, Thailand the following month.

As a young adult, halfway around the world without his parents, Tom was scared. He says that Robin always acted like a father figure to him on set, and his generosity, kindness and compassion was unmatched.

With month's of filming coming to a wrap, Tom remembered a promise he had made to the principal of his high school shortly after he accepted the role. Since Tom was in his senior year of Lane Tech High School, the only way he would be allowed to graduate with his class was if he had a full time tutor in Thailand to help him complete his pre-assigned homework. Tom had agreed to that stipulation, but as he walked out of the Principal's office, Mrs. Sherman made one more request.

"Please bring me back an autographed photo of Robin Williams"

Back on set, Tom knew his time to ask for this uncomfortable request was running out. After another day of filming in the humid Thai air, Tom got up the nerve and sheepishly asked for an autographed photo for his Principal. Tom told of how he wasn't sure he would get his diploma if he didn't bring this autographed photo home. Robin laughed at the absurdity that his autograph could be the difference in a high school student's graduation status, yet, he happily agreed. But, Robin wasn't the type of personality to carry around headshots, ready to sign his name at a moment's notice. Where could they get a headshot all the way out here in Thailand?

Luckily, Tom was also an amateur  photographer, and had brought his Nikon N2000 and some Kodak film with him to document his experience. In between scenes, he placed Robin outside of the radio station on set and snapped off one exposure. The next morning, Tom took it to a local camera store and developed five 8x10 copies. Tom tells me "Thinking back to that day, I was nervous and full of anticipation, not knowing how the photo would turn out. When I saw what I captured from the single frame that I had taken of Robin, I was giddy. In just one take, he had given me everything I could have hoped for. His disarmingly engaging and expressive eyes, his boyish good looks, the intensity that surrounded  him, and his gentle demeanor, so slightly shown in his smile...it was all combined and expressed in one single photo."

Robin happily signed the headshot for Mrs. Sherman, and while Tom remembers it was ridiculously funny, he can't remember what Robin wrote. Maybe, not remembering is blessing. We can dream up all of the hilarious lines we think Robin wrote, but only two people know what was really penned on that hastily printed 8x10, and I think it is best left to our imagination.

When I first saw this photo in my social news feed, I felt the need to share it, and tell Tom's story. In researching this piece, I looked through hundreds of photos of Robin Williams, but I kept coming back to this one. I believe it shows the real person that Robin was. No elaborate studio set ups, no professional lighting, no agents and P.R. representatives hovering around chiming in with their opinions. It was just the dynamic personality that was Robin Williams, standing with a contagious smirk, in front of the young man whom he befriended halfway around the World, as they helped each other feel comfortable in a land far away from home. 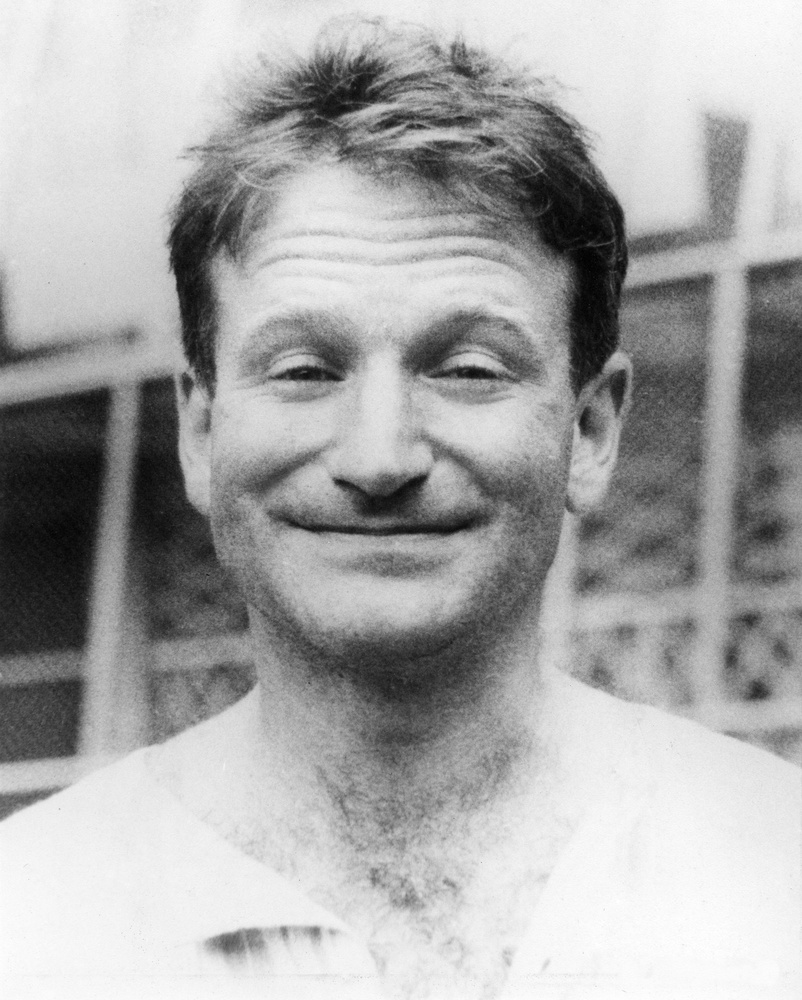 The original portrait that Tom took of his costar Robin Williams, on set of "Good Morning Vietnam". The photo was taken in 1987 using a Nikon N2000 camera with Kodak Film. 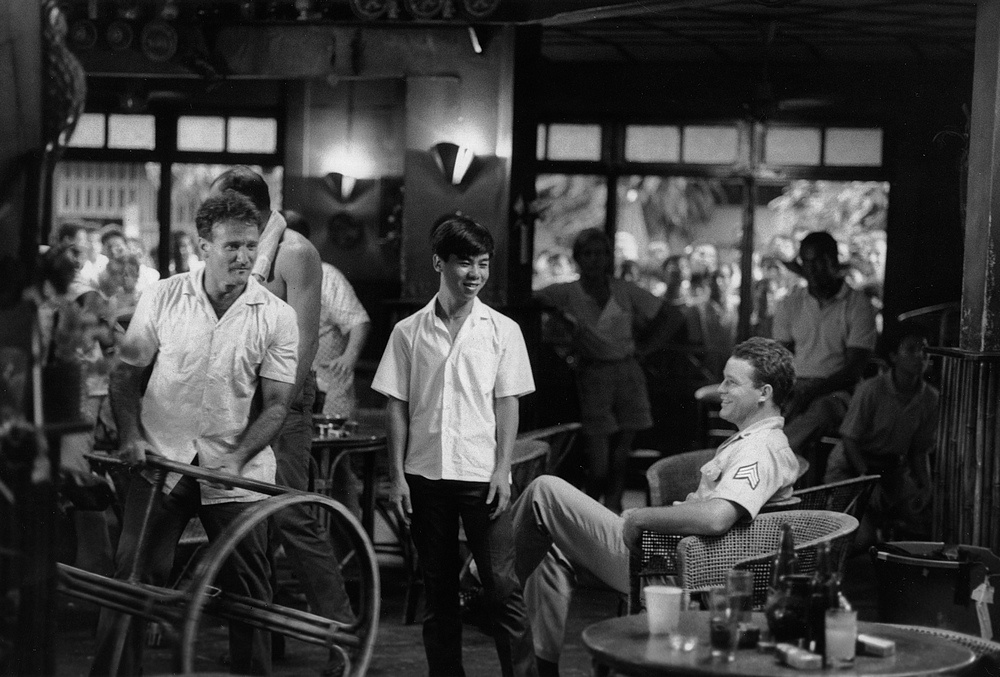 Tom Tran and Robin Williams prepare for a scene in the GI bar, Jimmy Wahs, during filming of "Good Morning Vietnam" 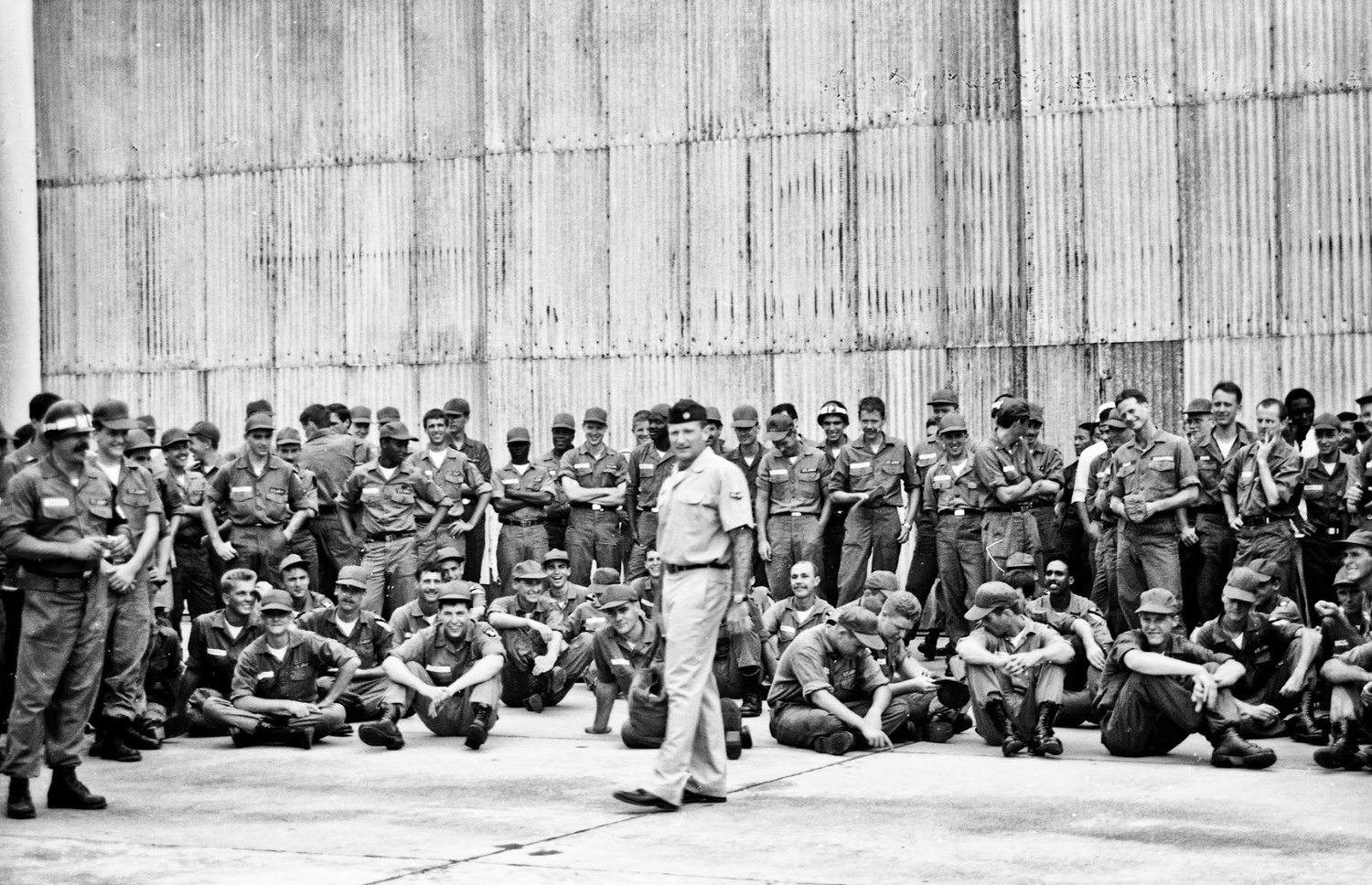 Robin Williams prepares to address the GI's on the set of Good Morning Vietnam. 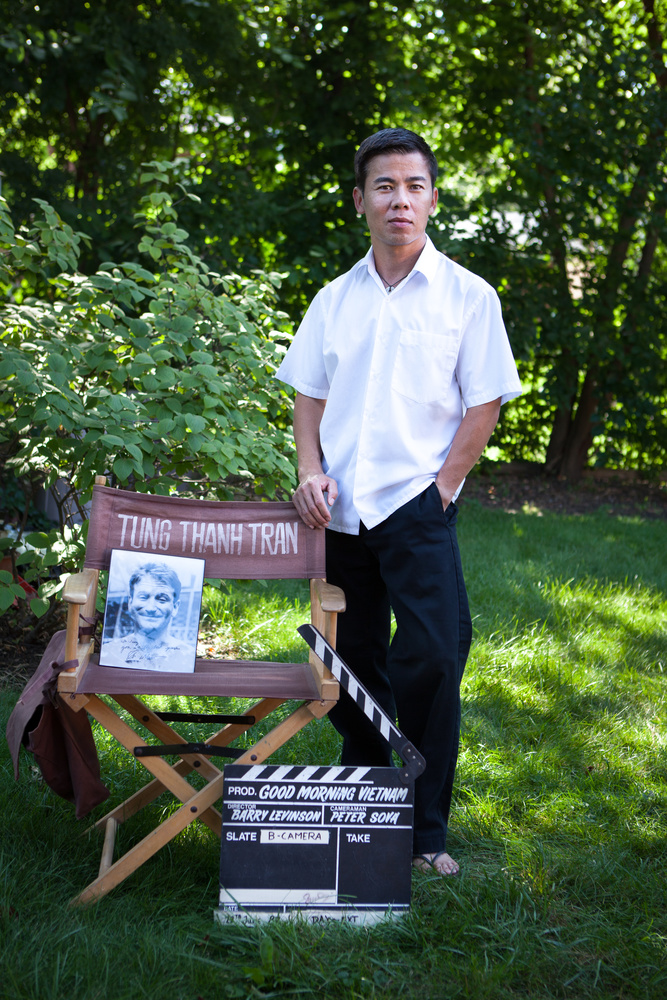 Tom Tran poses with his souvenirs from the making of "Good Morning Vietnam". Positioned on his cast chair is one of the few copies of his portrait of Robin Williams, which is personally autographed to Tom. The dedication reads, "Tung, you are the best sparkie. Robin Williams"

Ralph, I know right? It takes me at least 50 to get a decent portrait of my subjects.

So glad you told Tom's story, and how it crossed Robin's path

Thanks Ron! I am really glad Tom let me tell his story :)

Since his passing I've seen many photographs of The great Robin Williams (& a lot of them have been great photographs) but i get a sense that this is the only one I've seen that is not of the actor but of the man himself... and for that reason it is by far my favourite. well done, great article <3

"This is the only one I've seen that is not of the actor but of the man himself" 100% agreed. Thanks for the kind words!