Some of My Favorite Photos Are Perfectly Imperfect

Sometimes, there are camera misfires or shots that just barely missed focus. Other times, there are other incidents where an image falls short of technical perfection but still finds a way to my list of favorites.
One common thread through all of the below examples is that they make for a technically imperfect photograph. In addition, I must admit that much of it is based on film photography. Sure, some of these things can happen in digital photography (sans light leaks), but I find that they are far more infrequent. For film photographers, however, quirky mishaps with the film are par for the course and are often quite beautiful. That is not to say that they universally enhance images; however, embracing the spontaneity of the universe as it is captured in one photograph can be a beautiful thing. I should note that I have been made aware that there are phone apps and techniques in Photoshop that can mimic some of the below effects; however, I am not entirely convinced that someone could completely emulate the randomness of some of the below examples in a way that is completely convincing.

I should probably be more careful about keeping my finger away from the shutter button when I’m not framing a shot. Probably. Alas, I am pretty reckless about it. As a natural consequence of my trigger finger positioning, every now and again, I get a misfire. Oops! I would probably find it more frustrating if I didn’t actually end up liking the end result as often as I do. There are few ways for a photo to be more candid photo than when you never intended to take it in the first place. In that sense of genuine candor, I find honesty. In that honesty, I find a sense of beauty and authenticity that is difficult to recreate. 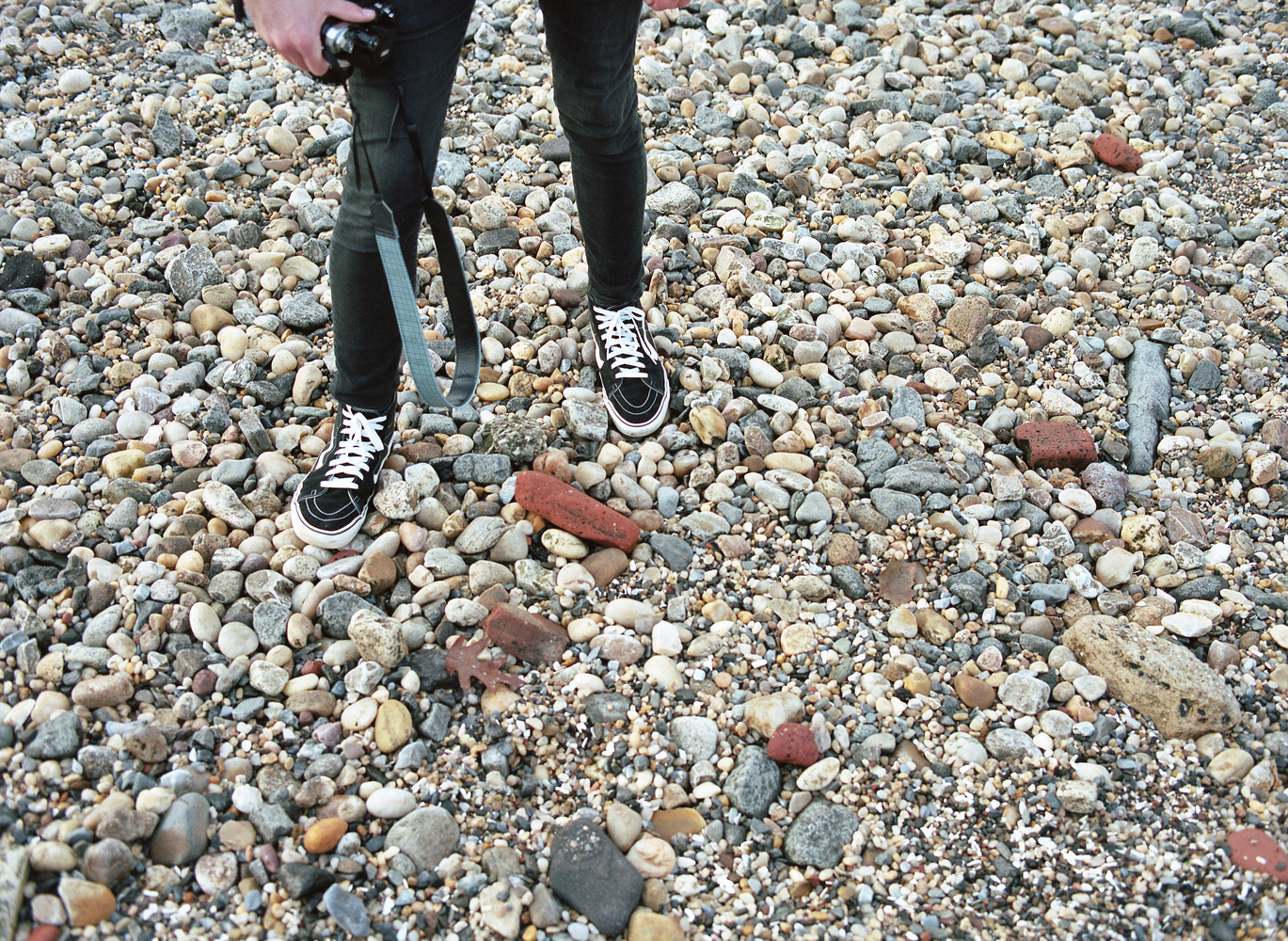 Aside from misfires, there are also out of focus photographs. In shooting manual focus lenses, the occasional photo where the focus was missed ever so slightly comes with the territory. The likeliness of this is of course exacerbated when using a fast telephoto lens. While they can sometimes be frustrating, I still find a lightness to them that I quite like. Further, an out of focus (could I argue that it’s in fact “soft focus?”) portrait that is bound to show up after a portrait session shooting film can convey a sense of ease and lack of intensity. 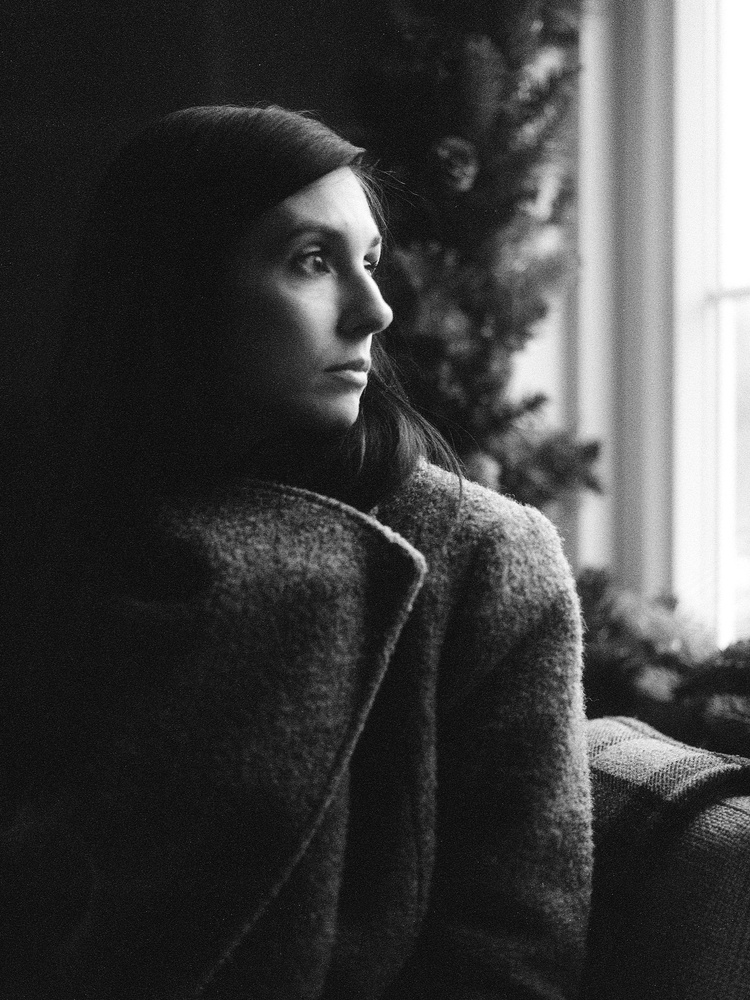 Lens flare is often seen as a deficiency in lens coatings or the optical formula and often look like garbage. There are times, though, when the stars align and the lens flare is actually quite beautiful, adding a sense of airiness and depth to a photograph that could otherwise seem a bit sterile. I’ll admit that I’m partial to lenses where flares are not a problem given that the vast majority of the time, inadequate coatings ruin an image rather than making it. As such, I cannot think of any examples from images I’ve taken that fall into this category, but I can honestly say that I’ve seen examples that really struck me.

My girlfriend would argue that in fact, composition and framing are two distinct concepts, and when she argues it, I couldn’t agree more. Though, admittedly, by the next day, I’m back to thinking this is a distinction without a difference. That point aside, there are times when the framing of an image was just off for one reason or another, and the majority of the time, it can look like amateur hour, while at other times, much like I mentioned in the section on misfires, it can come across as being candid or genuine.

In all honesty, I cannot think of a single example of overexposure leading to a beautifully imperfect image. I probably have one somewhere in my photograph library, but I cannot think of one off the top of my head. Underexposed images, on the other hand, often come up in my experience. While I try my best to avoid such situations, when shooting film during dusk or inside on a gloomy day, shooting underexposed is bound to happen. At least for me, I don’t tend to push the boundaries of underexposure unless I’m shooting black and white. Even then, if I find myself shooting color negative film three or more stops underexposed, I will most likely make the image black and white in post, as otherwise, it starts introducing too much saturation and sometimes color shifts or incorrect white balance. For black and white photographs specifically, the rich blackness of a massively underexposed area mixed with isolated light can create a really beautiful dynamic. 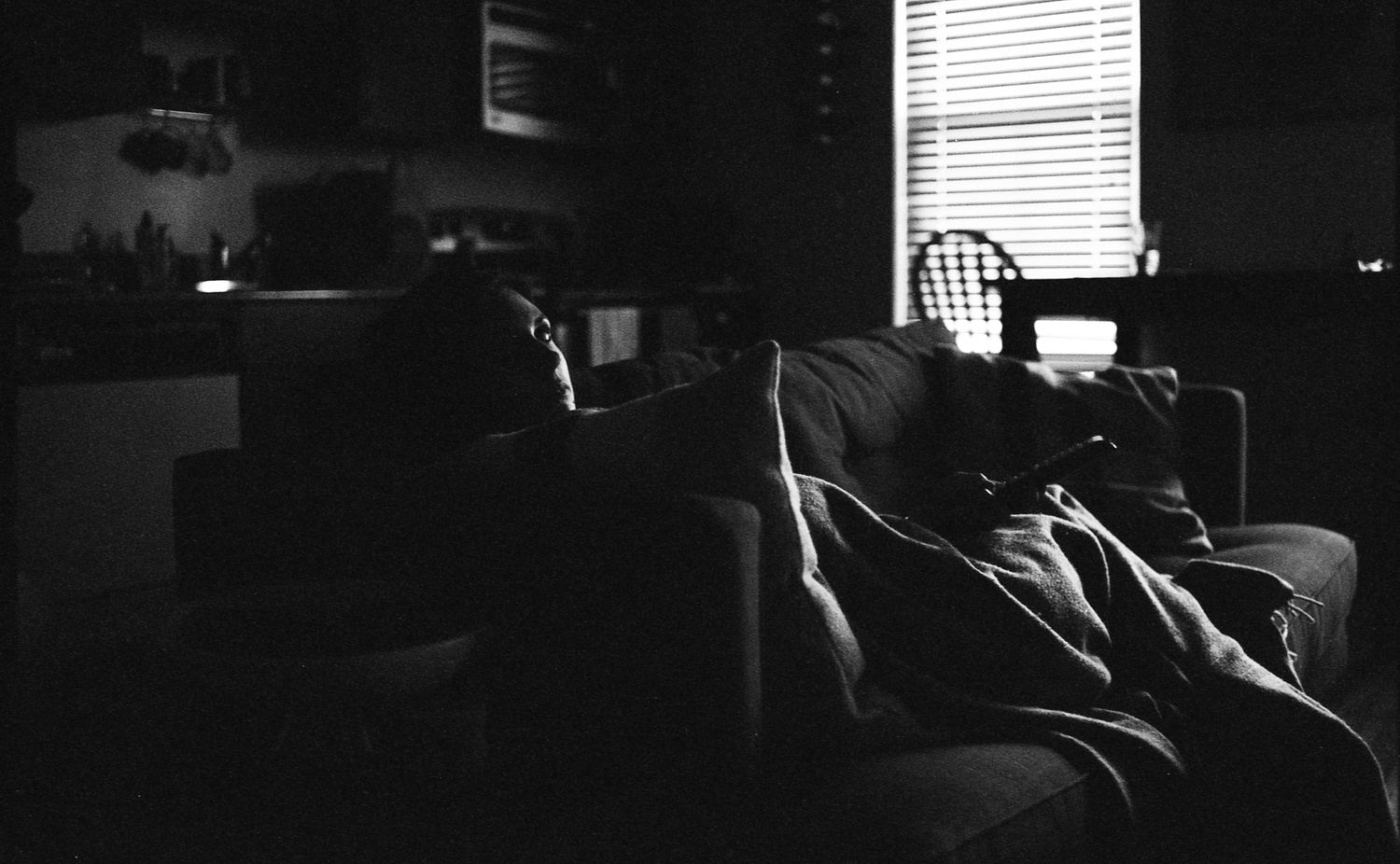 Light Leaks (First of the Roll)

Light leaks have actually ruined images I would have otherwise loved. For some reason (and maybe this is more user error than anything else), if the light leak falls on the border of my frame, both my scanner’s software and the Negative Lab Pro really struggle to get the colors right. Almost always, it just looks terrible. With that said, if the light leak falls within the frame, it creates a bright orange streak through the photograph. Light leaks are pretty uncommon for me, and I would go to great lengths to prevent them if there were any rhyme or reason as to when they show up; alas, sometimes, I’ll get multiple on the same roll, and I’ll go 10 or more rolls before I get another one without any discernable similarity in circumstances.

The vast majority of the time this happens to me, it’s on my Mamiya RB67 when I’ve forgotten to advance the film (it’s easier to do than it sounds). In another circumstance, I would get accidental quadruple exposures on my Nikon F2. I don’t know if it was just my specific F2 or what, but the rewind button has two settings. The shallower option gives a double exposure, and pressing the button completely down gives a triple exposure. I’ve also accidentally shot through part of a roll in my F100 and pulled the film out (after rewinding it of course) early to change film stocks. When I reloaded it, I couldn’t remember where I left off, so I had a few overlapping images. While I did not care much for any of the latter images, I thought some of my accidental quadruple exposures turned out alright. 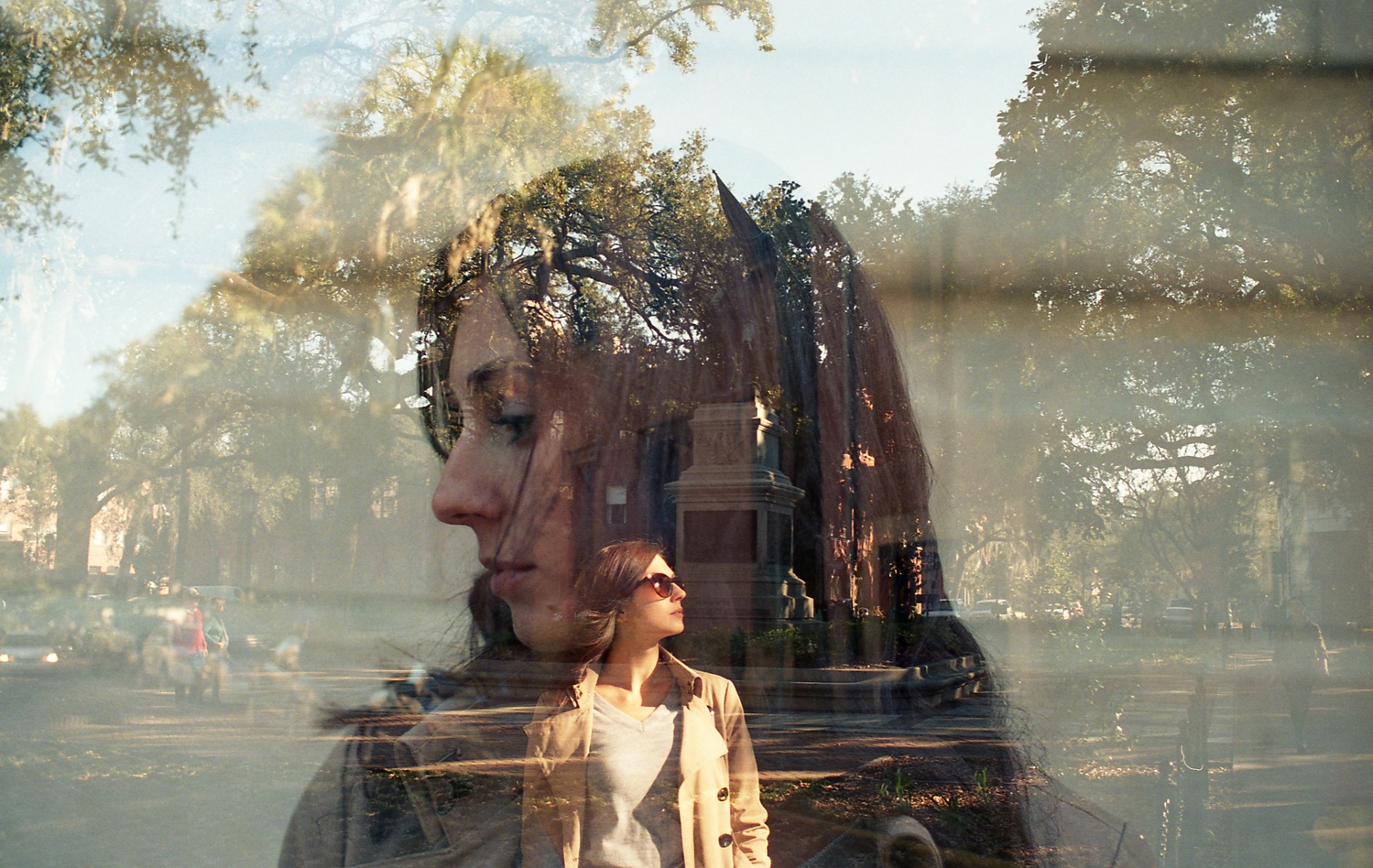 Have you ever taken a photo that you know was either technically imperfect or that did not fit your brief for a hired shoot? Do you have any thoughts or opinions on what I’ve mentioned above? Do you think I left something off the list? Your photos and thoughts are welcome.

Gear / January 26, 2020
DSLR or Mirrorless: Fears of Being Replaced

My favorite "mistake" came from an on-site shoot. I asked the subject to smile. She told me she didn't have a good smile. She complied. It was indeed an ugly capture. Nonetheless, I persisted. She then gave me a simply calm look. Boom! The result was not only one of my all-time favorite images, it proceeded to be a galley prize winner. Lesson? Listen to your subject!!!
P.S. I often use the two images side by side when teaching photographic techniques.

Life is not perfect. Perfect images aren't as believable as slightly imperfect ones. Doing any CGI, or old school SFX, you need to add distress of some sort to the image or model when trying to convince the human mind that it is real, or it will stand out as not real.

Interesting perspective. I'd agree that "perfect" images are less believable than ones with imperfections.

Perfection is so overrated.....What in life is perfect?

This is true. It's perhaps why I love my photographs with small imperfections.

I tried perfection, got bored with it. All that adoration can be so tiring.

Actually, over-exposed can work. Here's one I used for a cover shot. The white space nicley gave room for the title text. 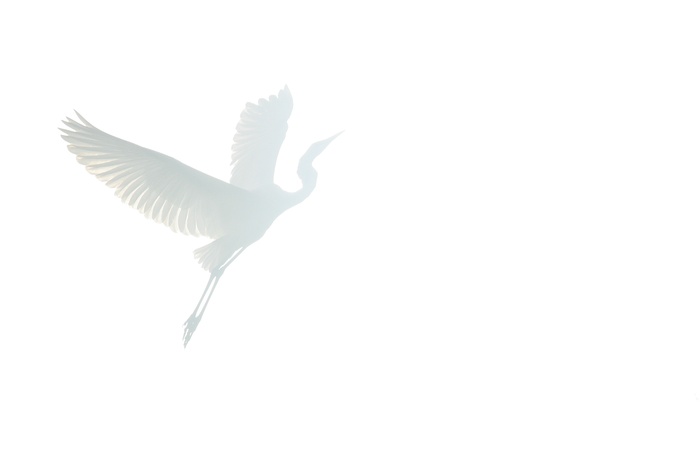 That's excellent example of an over exposed shot working out beautifully. Thank you for sharing!

Perfection in photography is quite difficult at best, however, trying to get there tends to create some pretty darned good images.

I would agree with that completely. What is and not "perfect" is quite a moving target anyhow - depends on the person and time.

Things can't be perfect but that doesn't mean you shouldn't try.

I agree with that statement. I was not attempting to say we shouldn't strive for perfection - rather, appreciating and liking our work that's imperfect.