Before anything else, this is the one lens every Sony mirrorless shooter should own. And no, it’s not part of their premium and pricey G Master line.

The Sony FE 24-105mm f/4 G OSS was announced as the “most lightweight design of its class.” While that appears to be true, the marketing jab should not overbear the fact that this is a high quality, highly versatile lens. I’ve used it extensively since its announcement in October 2017 and quickly it became my go-to glass for all types of photography. On appearances it can seem like the FE 24-105mm might be a bust — wide focal ranges usually mean sacrifices somewhere to image quality, it’s not an f/2.8 or lower aperture, it’s not a G Master series — so it’s surprising to me when I realized that this is actually Sony’s best lens yet for Alpha mirrorless cameras. Here’s why. 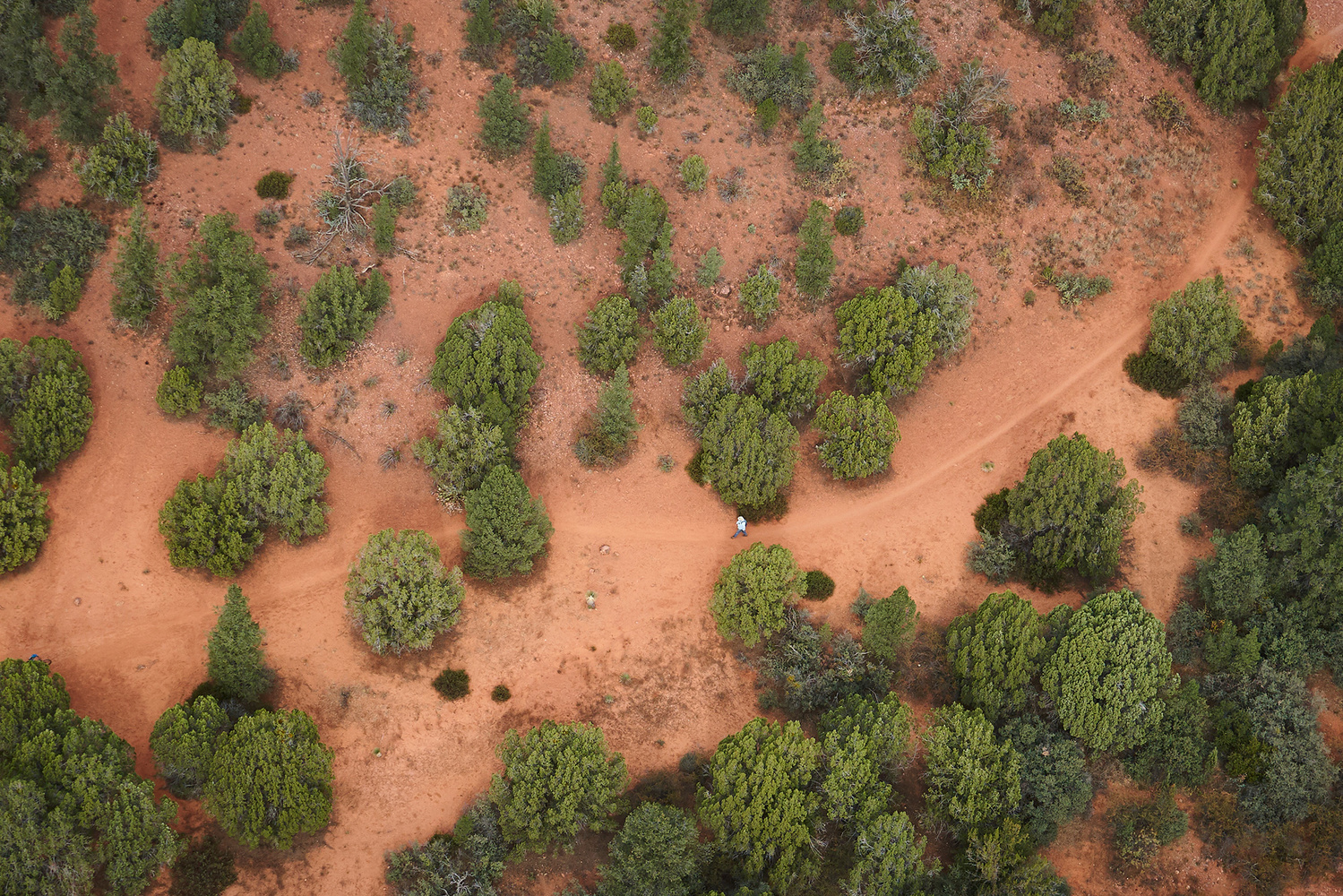 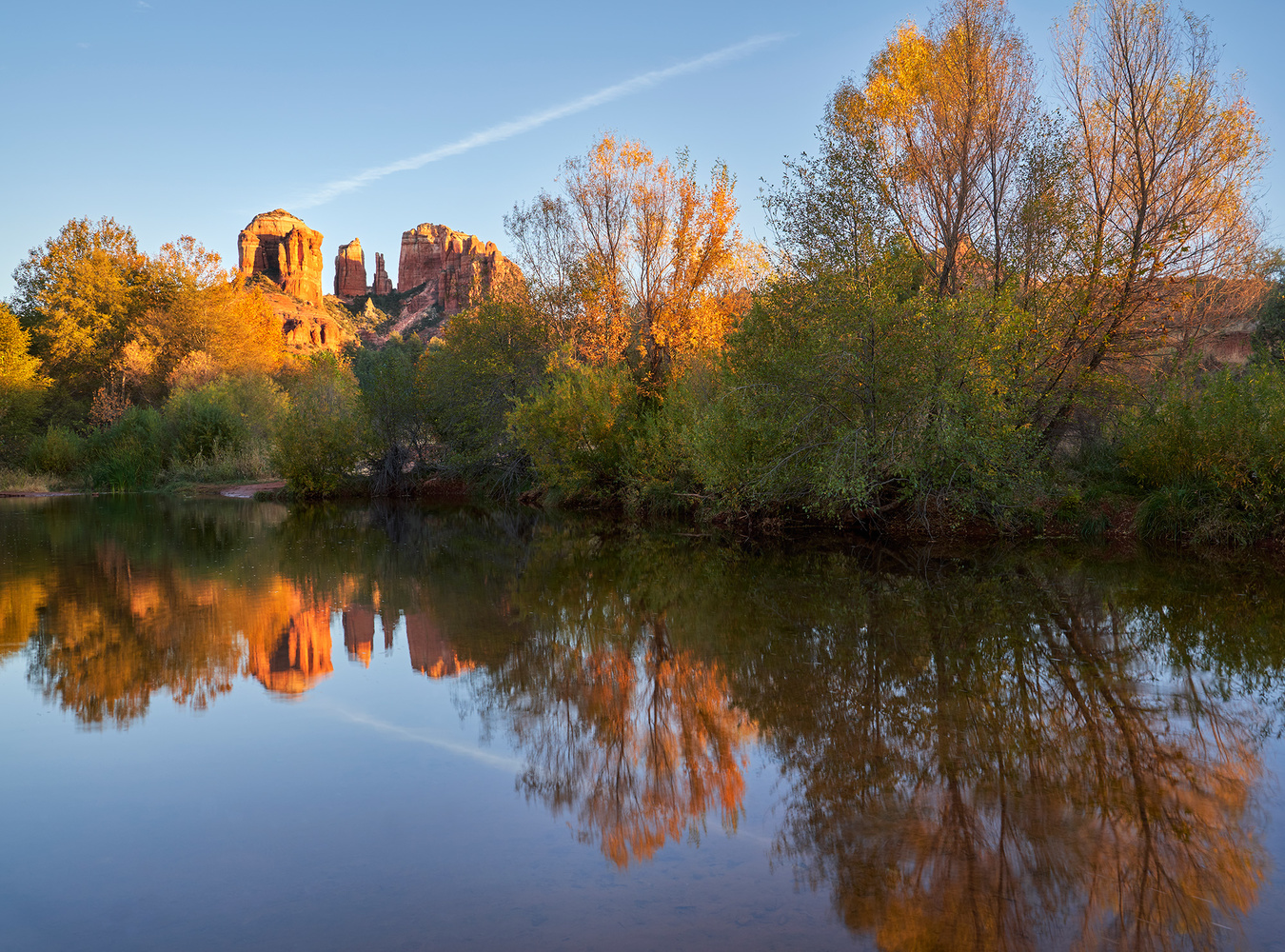 The focal range of 24-105mm covers all general photography for me. With landscapes, the topography of Minnesota doesn’t lend itself very well to anything under 24mm in my opinion (unfortunately, no sweeping mountain vistas here). Wider lenses just end up adding more clutter to a scene and increase the difficulty in achieving compelling compositions. On the opposite end, 105mm has a good amount of reach for whatever you are photographing before you enter into a specialty genre, such as sports or wildlife. And between these two lengths of 24mm and 105mm are the categories of portraiture, street, architecture, and so on.

There’s also some technological aspects to this particular lens that help push its versatility even more. The FE 24-105mm features Optical SteadyShot so it pairs well with older a7 cameras that don’t have in-body stabilization, it has a focus hold button that opens up more custom function options, and is built to be dust and moisture resistant for withstanding some exposure to the elements. 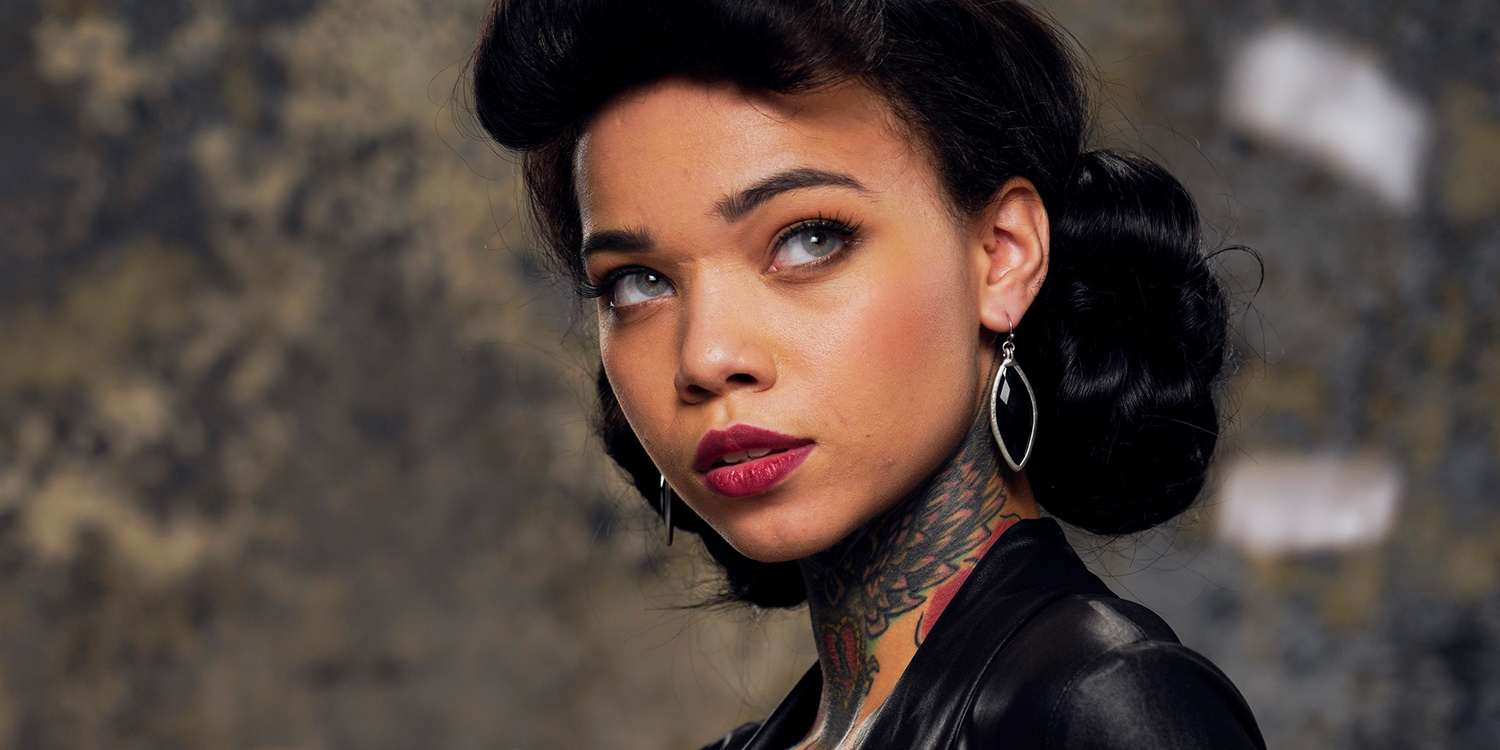 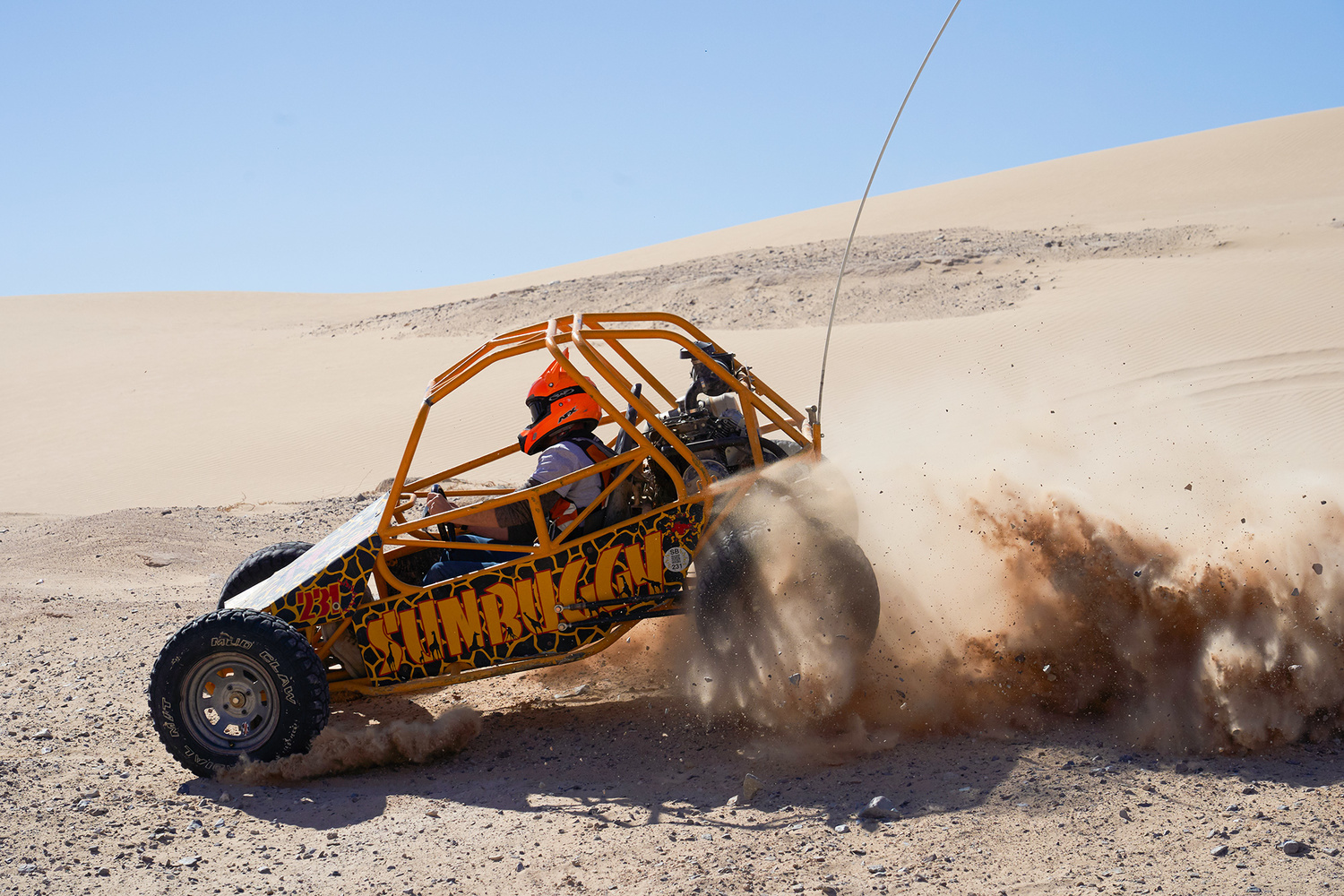 Additionally, the minimum focus distance is 1.25 feet. Unless serious macro shots are what you’re after, this short distance at 105mm is making essentially whatever is in front of your lens available to be photographed in focus.

When Sony announced the a7R III alongside the FE 24-105mm f/4 in October 2017, they paired these two up and gave them to the press to test out. To me, that says something about the high standards of quality that Sony placed in the 24-105mm, to not hand out peak-quality G Master lenses to make sure the first images people saw from their flagship a7R III would be impeccable quality. And as it turns out, the FE 24-105mm kept its paces with that monster imaging sensor. 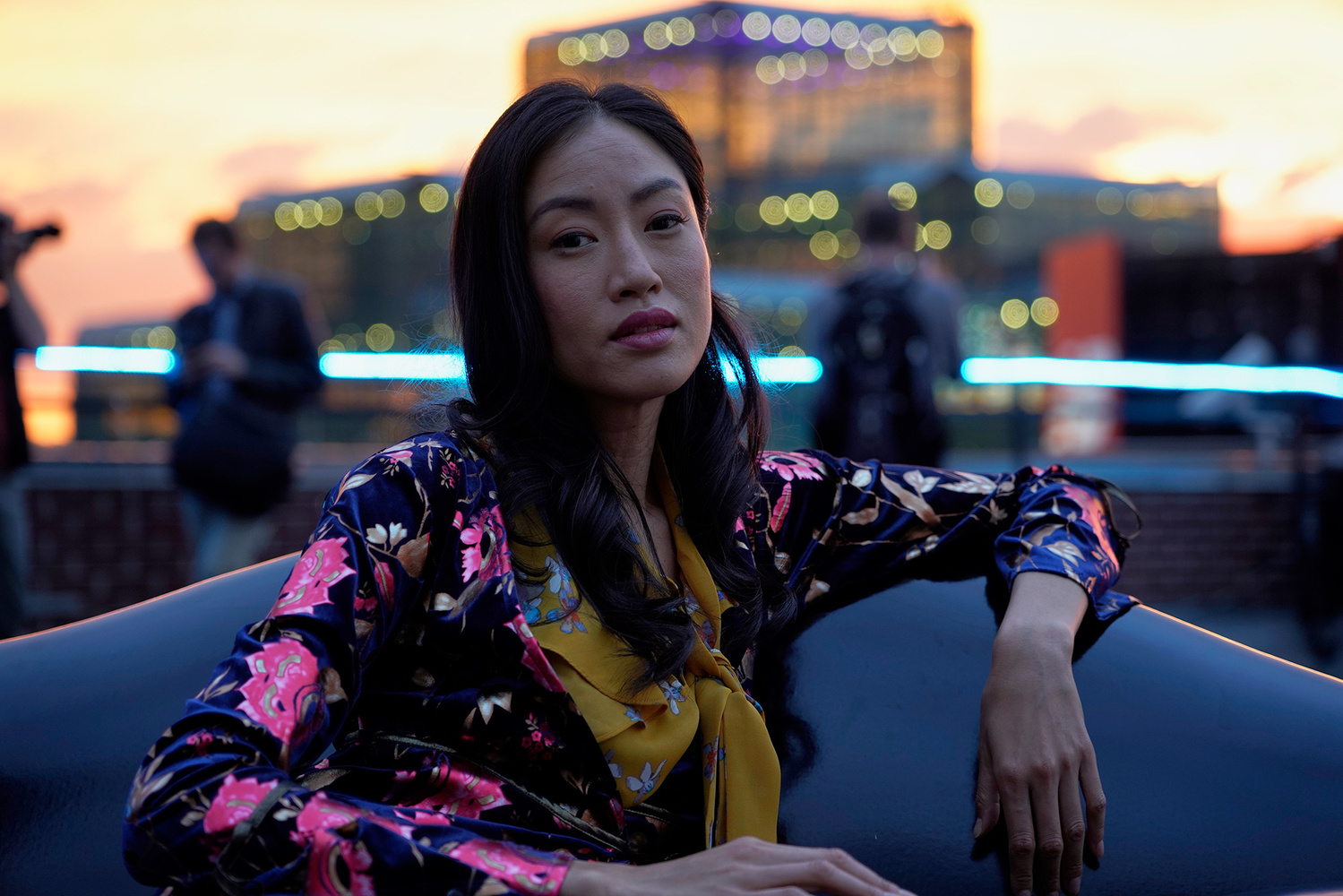 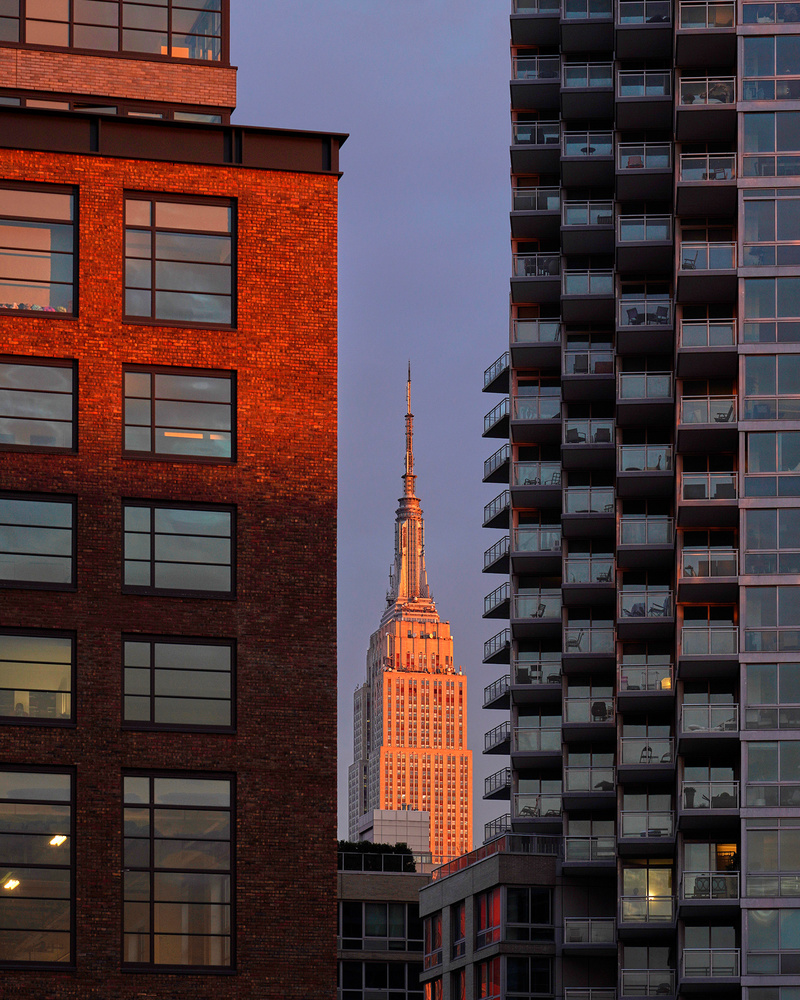 There’s impressive sharpness through the focal range and from corner to corner. Being an extended standard zoom lens does not seem to mean compromises need to be made here. The FE 24-105mm uses four aspherical elements, three extra-low dispersion elements, and a Nano AR coating on the glass. In total there’s 17 elements in 14 groups. Considering the size, that’s a lot of compact tweaking going on to make the image quality great. There are probably lab reviews that refute this, but I have never seen color fringing in any photos I’ve shot with this lens. As a bonus, there’s a useful fluorine coating on the front element that repels water, dust, and oils.

Now, let’s be real: the out of focus characteristics makes or breaks it for some people when they choose a lens. And once again, the FE 24-105mm impresses me here too. There’s a nine-bladed aperture that creates near perfect circles and the background objects appear to melt into each other rather than the weird soft-but-hard edges you get with other lenses. 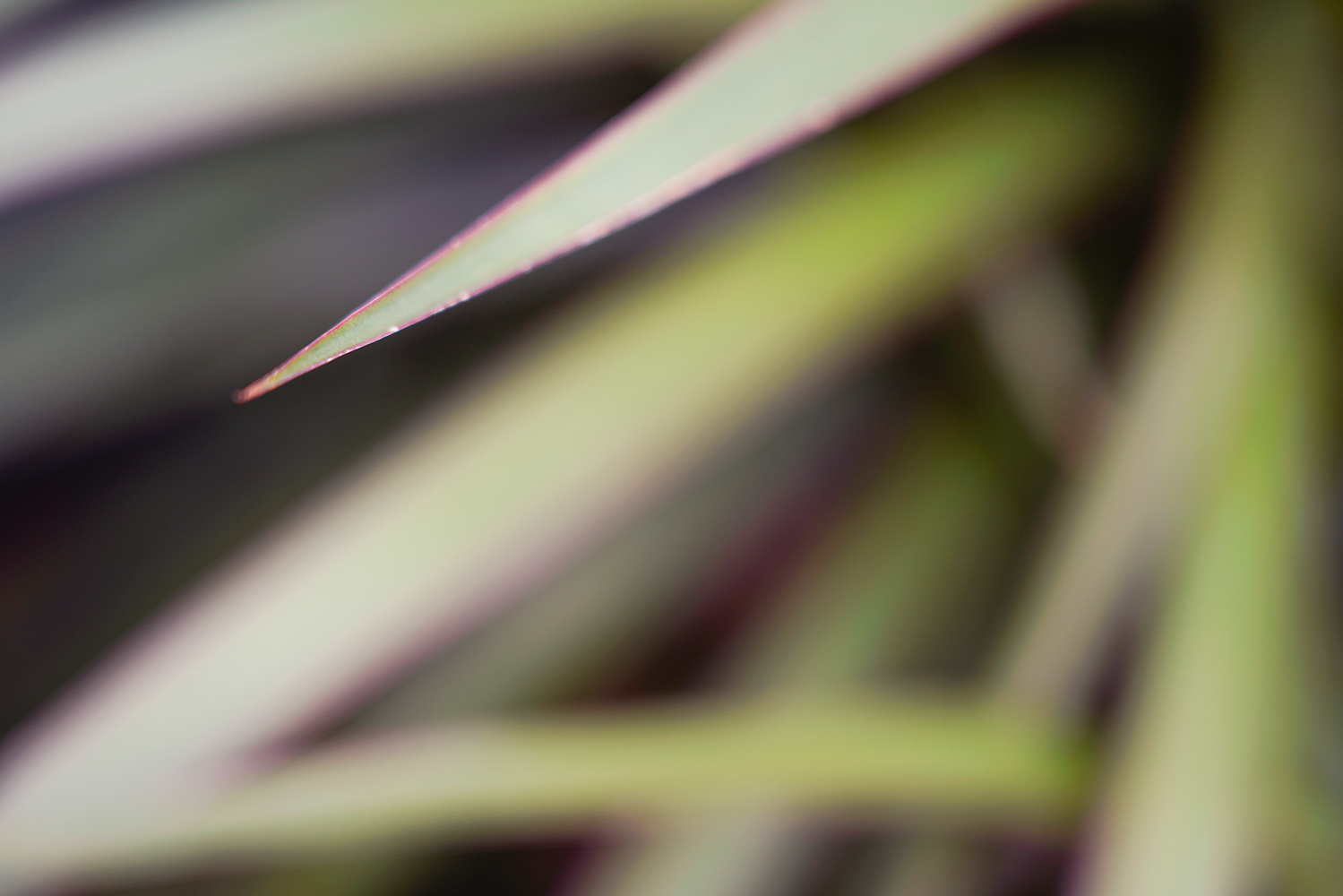 Of course for good image quality, the subject in focus is usually desired. This lens packs the focus group in the rear of the lens and uses electromagnets to silently and quickly move it. In tandem with Sony’s Eye AF tech, it’s a perfect pairing.

As previously noted, Sony was quick to point out that this lens is lighter than similar lenses. For comparison sake, here’s how it compares up to a couple others: the Sony is 1.46 pounds, the Canon 24-105mm f/4L IS II USM is 1.75 pounds, and the Sigma 24-105mm f/4 GD OS HSM Art is 1.95 pounds. It’s also generally a more compact package; Sony being 3.28 by 4.46 inches, Canon being 3.29 by 4.65 inches, and the Sigma being 3.5 by 4.3 inches. Personally, I don’t think anyone is buying this lens because it’s lighter than others that aren’t even directly compatible, but it is interesting to note where it stacks up. And to be fair, maybe those two less expensive options could have been just as svelte if they were going to be sold at the same price point. 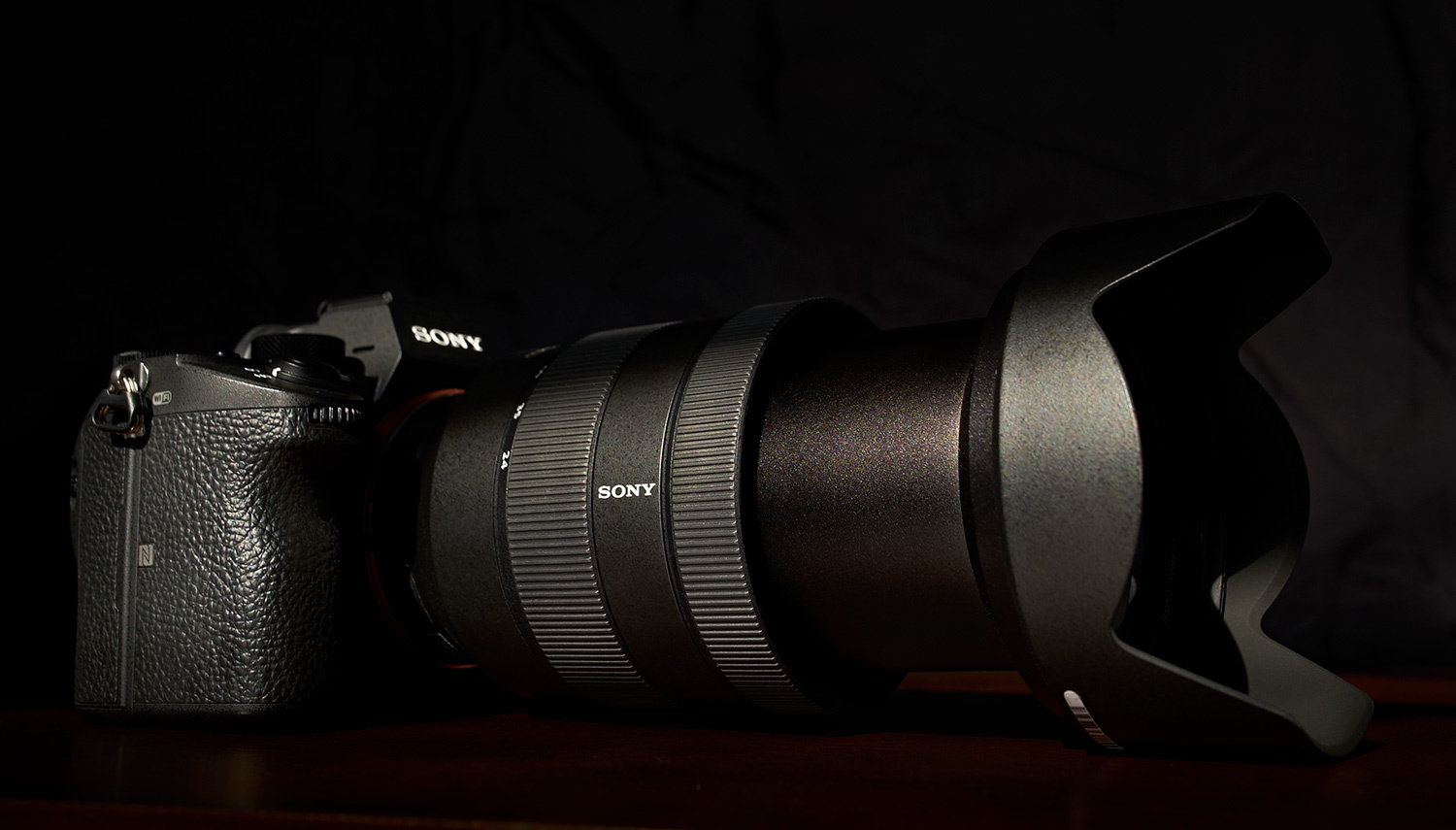 I think Sony did do some serious design work here to give them a wonderful size with no noticeable impact to image quality. Part of the travel-friendly size, however, is of course due to the f/4 aperture. Some don’t like this compromise for depth of field reasons, but for anything else, Sony’s latest generation cameras seriously crush it at the ISO game. One stop of light loss — f/4 versus a “professional” f/2.8 lens — is nothing that the ISO can’t pick up slack for.

Any one of these three characteristics make for a good lens, but having them all in one as well as at a mid-range price of $1,298 is why the FE 24-105mm is a great lens for anybody’s kit. I’d go as far to say that most people can get away with a two-lens Sony kit happily ever after; one being the 24-105mm, and the other being whatever specialty you’re after (a faster aperture for shallower depth of field portraiture, a longer focal length for sports, or what have you).

I've been waiting for this lens ever since switching to E-mount after years with A-mount. Finally got mine few weeks ago and so far it's ticked every box I was hoping it would. This lens really lives up to all the hype. Comparing with the GM 24-70 the IQ is on par, which is to say it's fantastic, but the versatility and handling is absolutely stellar on a7Riii!

I've been traveling with a full kit of Batis primes every since they came out, sometimes with a 2nd body in the bag, but now I'm leaving Batis 25 and Batis 85 home in favor of this do-it-all zoom and I'm really looking forward to putting the lens through it's paces on an upcoming trip through Italy where I really don't want to hassle with lens changes.

BTW, anyone who shoots video with the adapted Canon 24-105 should look no further - this lens is a significant improvement in every category and AF is also quite excellent on A7Riii... I can imagine it would be just even better on the new A7iii.

Definitely a winner, get one!

What about the HORRIBLE bokeh balls in the 5th sample?

Doux Wide, I agree with you on that. Pretty distracting in my opinion too. Also, what does "The best Sony Lens" title mean, anyway?! Clickbait.

Bokeh is very subjective. I find it rather pleasing.

Would you rather see sharp-edged aperture blade sides?

Horrible lol... you're obviously not a photographer.

Big words form someone who wont even post any of their own work, calls themselves a director but spends all their time on a photography driven website?

Nine Blade Onion Balls, if you use a lot of bokeh in your shots people will notice it.

I (personally) really dislike the onion ring bokeh on my 55mm f1.8 - same here :-/ this is why I‘d use this lens for anything else but portrait photography with point light sources in the background. Seriously, is there anything pleasant / appealing about onion ring bokeh anyway? And if so, why?!

Personally, the least important feature when I choose a lens is out of focus light balls. Most important is resolution center to edge, which you cannot add in post (but you can degrade it as much as you want. CA and vigneting are well software corrected for practically all lenses available, though it is better when they need just a touch in post (or in camera). Those ugly balls, if anybody cares, are easily retouched. If it is a candid snapshot, I guess nobody will pay so much attention. But if it is an important portrait, we need to treat the image just a few minutes longer than the usual time we must spend.

Im all about usability and efficiency to get the shots I want without hinderance from my gear. In that respect, this lens is as good as it gets for any Sony shooter.

For what camera? Native Sony lenses have a lot of benefits a Canon (with a Metabones 5) doesn't get. Image quality isn't an issue if you can't get the shot. Case in point is the tracking a sony lens can deliver versus a canon adapted. I am speaking from experience doing this. I have a lot of L glass and an A7Rlll and while Sony's lenses are the best on a Sony the Canon lenses have more selection for the things I want to do. It's a quandary. If only Canon.... (nope. I'm not going there- lol )

When the rest of the world sends someone to the moon then we can talk about using the metric system.

The moon mission was in the 60's. Tesla is kicking it out of the park and only uses metric despite the archaic US system.
https://forums.tesla.com/en_CA/forum/forums/its-all-metric-cm-and-millim...

Tesla is a car company and produces cars that use both MPH and KpH as to meet the standards set around the world but its componets are in-fact metric . If you are Referring to SpaceX that is a completely different company with completely different goals than to mass produce electric cars. The last Moon mission was in the 70's under the Gregorian calendar which is the most commonly used calendar. So you may also want to fact check that. Along with that NASA and The US government announced plans to return to the moon under the Second Bush administration Which was then abandoned under the Obama in favor of a manned mission to Mars and now under Trump NASA has again set the goal of a Lunar Mission. You maybe asking why I am referring to NASA instead of SpaceX right now, as NASA does not currently produce a space shuttle and we have been paying Russia to "taxi" Our astronauts to Space Station. well its because NASA is the United States government and SpaceX is a private company. and thus is not a foreign space agency and have no public plans to go to the moon.

I refer to SpaceX and Tesla as industry leaders in both automotive and space exploration/transportation. They use metric for a reason. It's not the 70s anymore, get with the program.

Yes!!!! And I also wished that people would use angles instead than 35mm equivalent when talking about lens coverage. Every time I read or hear it I think that we photographers are a bunch of illiterate people. By the way, that is one information that should be in the lens firmware and displayed in the metadata, on the camera screen and also on the small Batis screens.

Is there a kit with A7 III and this lens?

Now if we could just find one in stock somewhere....