When New Hampshire-based photographer Ron Risman posted an image he captured March 3rd of waves crashing against Whaleback Lighthouse off the coast of New Castle, N.H., he had no idea who Eric Gendron was. But after a local meteorologist shared the photo, an incredible coincidence brought the two together as fast as social media could spread the word of what some people thought had to be a case of thievery.
After the local news shared Risman’s image on Facebook, he was stunned when he was accused of stealing the photo from Gendron by a commenter on the meteorologist’s page When Risman followed the link to Gendron’s page on FineArtAmerica.com, he was stunned to see an incredibly similar and, as it turns out, nearly identical photo posted by Gendron that same day.

Risman thought maybe Gendron had stolen his image. However, he also saw that he and Gendron had several mutual friends and proceeded cautiously, figuring there must be another explanation.

“The crop was different on mine. It was a little tighter because I had first posted it on Instagram. I couldn’t figure out how he could have stolen it. It didn’t make sense to me,” Risman said. “I knew he was a legitimate photographer, so I couldn’t just call him out.” 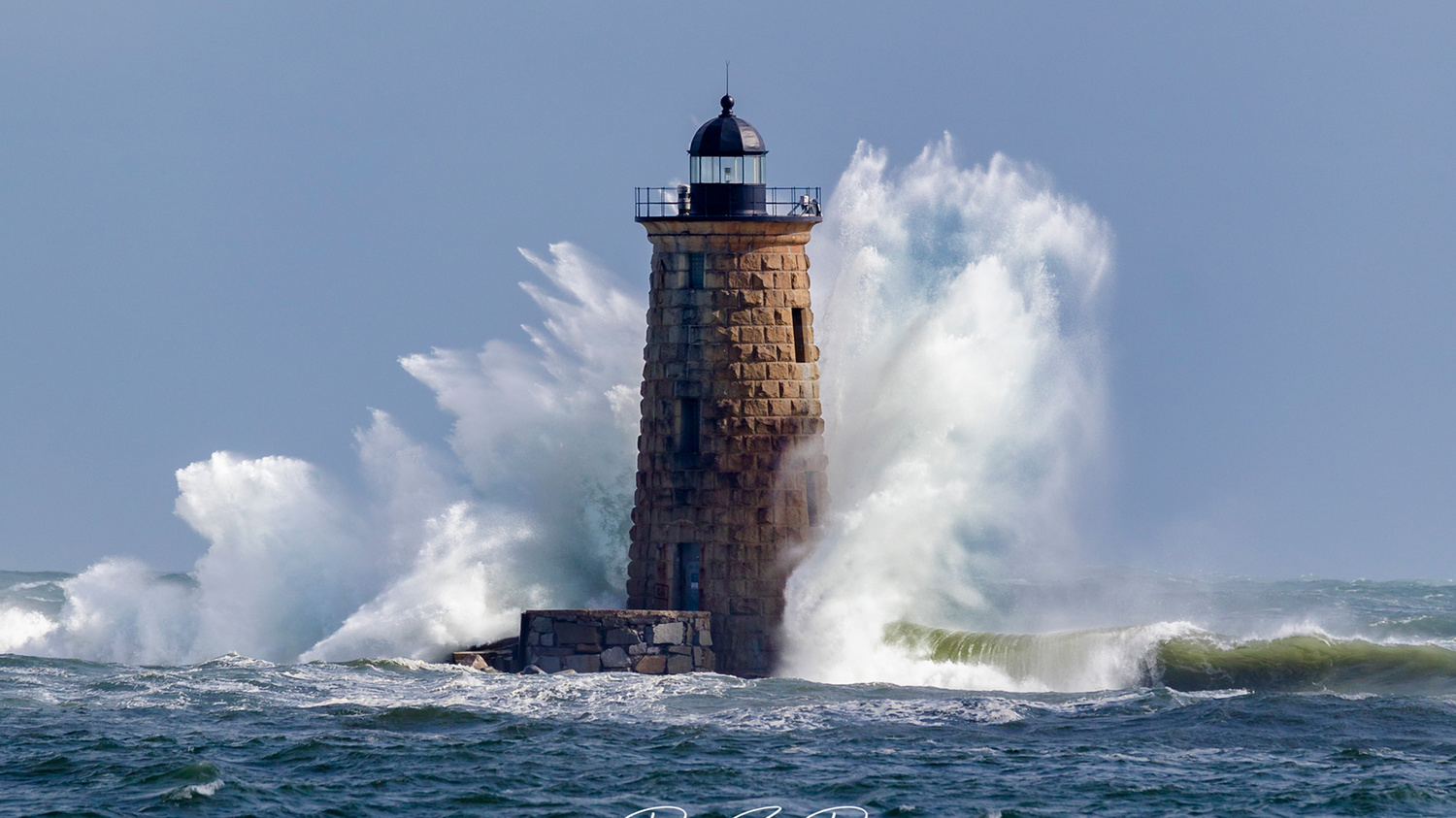 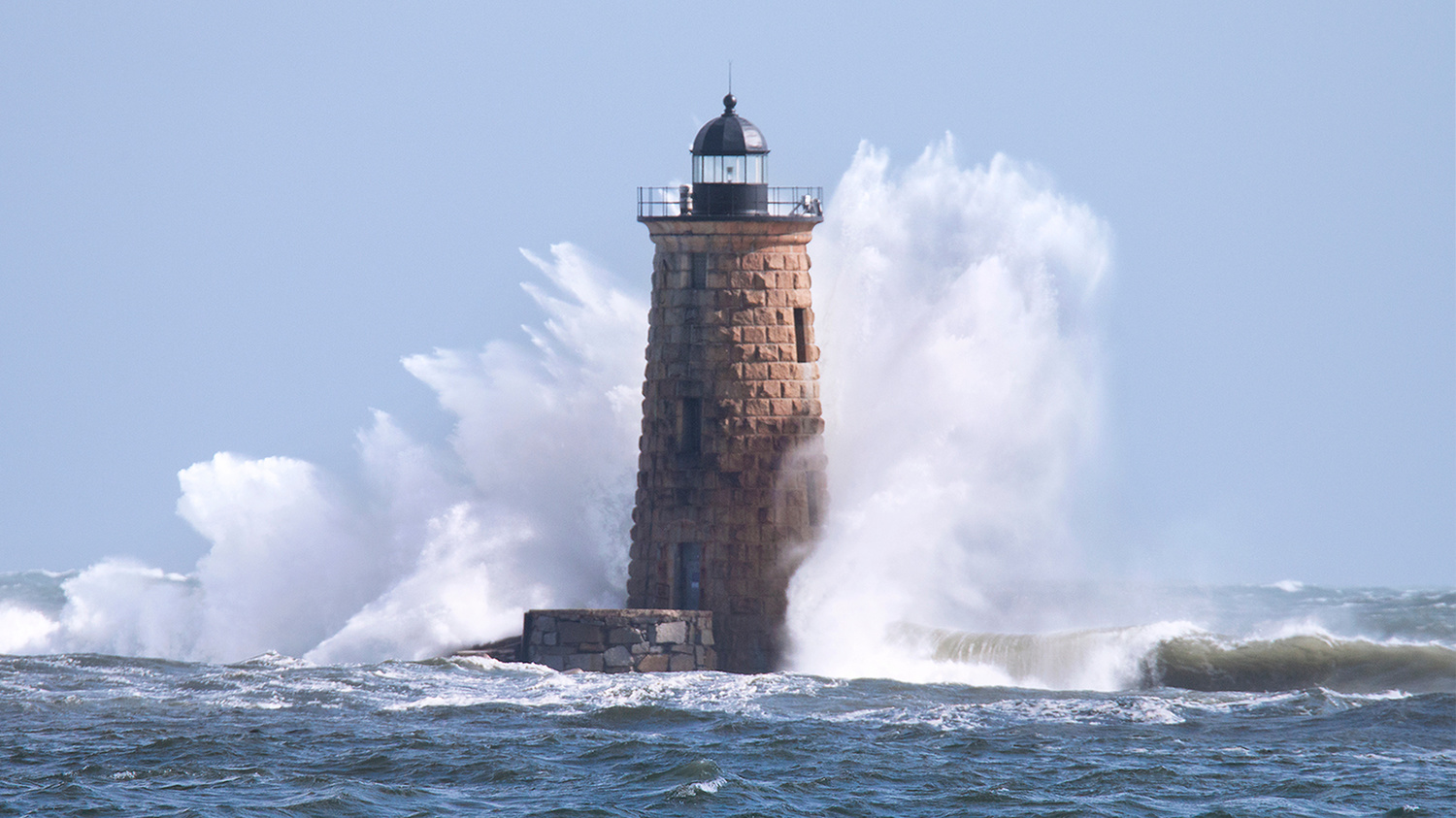 Instead, Risman, who teaches photography workshops full time in North Hampton, N.H., reached out to Gendron on Facebook, asking him for his EXIF data to prove the image was, in fact, different. Gendron, however, had gone to sleep that night, unaware of the social media frenzy of which he had become a part.

“I sent him four or five messages that night that went unanswered, so that made me feel more like he had stolen my image,” Risman said. “Eighty percent of people on Facebook were saying he ripped it off, while 20 percent were saying it’s not the same photo.”

When Gendron, a 30-year-old engineer at the Portsmouth Naval Shipyard, awoke the next day, he too was alerted by social media to Risman’s photo. Then he saw the messages from Risman himself. “I sent him a message that probably sounded pretty accusatory asking if he had the raw file,” Risman said. “It was kind of funny. I missed all the action because I was asleep,” Gendron said. “The previous night, a bunch of photographers were messaging back and forth, and they thought I was avoiding them. I had this string of messages. Ron really wasn’t very accusatory, but it was like, ‘Hey can you send your info so we can clear this up?’ Once I sent him the EXIF data and we got that out of way, it was pretty friendly.”

Gendron said when he first saw Risman’s photo, he assumed right away there was an explanation for the similarity in the image. “I have a lot of faith in the photographers around here,” he said. “It’s a pretty tight-knit community and nobody been accused of stealing someone else’s photos before that I know of. I took it at face value.” 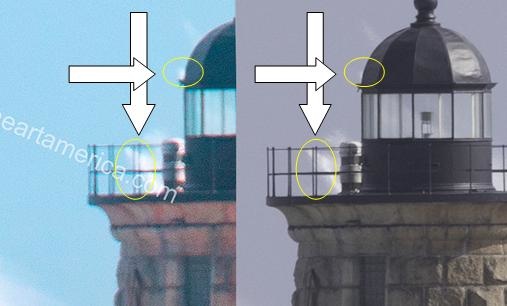 Photographer Ron Risman compared his photograph, right, with that of Eric Gendron, and noticed the spacing on the vertical bars and the arch of the cupola atop the lighthouse were slightly different, leading him to believe the two images are, in fact, unique.


“Once he showed me vertical bars, it explained a lot of other things,” Risman said of his friend’s analysis. “The waves in back and front were different due to compression. I figured that was the case, but I wanted confirmation. When Eric showed me the metadata and we knew they were unique images, I was dumbfounded. I’ve never seen anything like that. I Googled it that morning to see if there were any other instances of photographers capturing the same image. I found one surfing article, about a couple of guys in 2011 who got [the] same image, but that’s it. It’s very rare, not something you see too often.”

Gendron said there had been a lot of people gathered at Great Islands Common the day before to observe the waves crashing on the lighthouse and several of them had cameras, though he didn’t necessarily notice Risman.  As it turns out, the two men were standing a mere 30 yards apart attempting to capture the massive waves that day as they crashed against Whaleback Lighthouse. As one particular wave broke against the stone structure, both men pressed the shutters on their cameras - a Canon 5D Mark IV for Risman and a Canon 60D for Gendron - and the bursts of their shutters captured the wave at the exact same moment in time, creating two nearly identical photos. 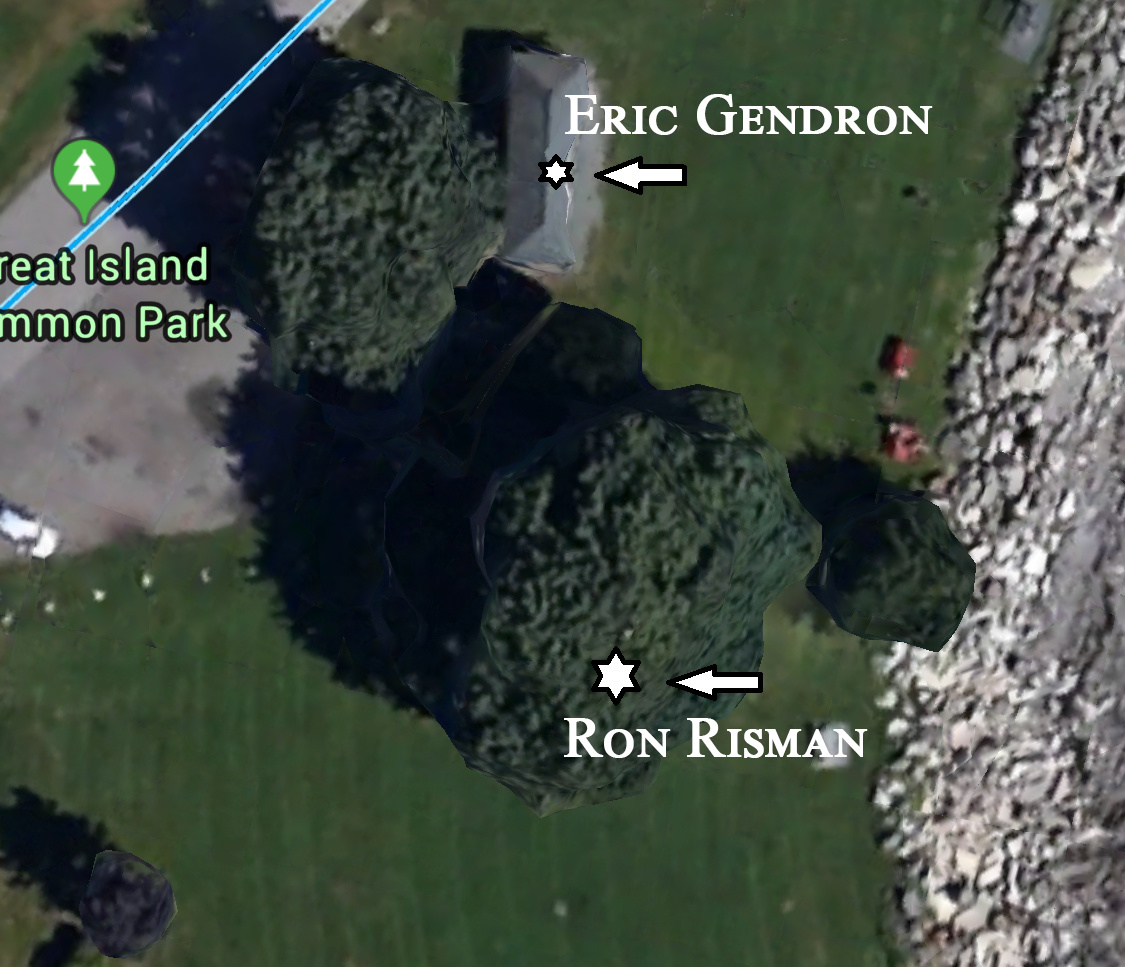 Photographers Ron Risman and Eric Gendron were standing merely 30 yards apart but were unable to see each other as they photographed Whaleback Lighthouse on March 3.


Capturing that exact moment of time in nearly the same location would be incredible enough on its own. But after Risman and Gendron both spent the better part of an hour shooting the lighthouse, when they reviewed their images, they both wound up selecting and sharing what turned out to be the exact same image.

“When you’re both shooting at 600mm and the wind is blowing hard, it’s amazing that we both caught the exact same moment,” Risman said. “The fact that we shared the same shot out of 80 or 90 bursts, in and of itself is interesting.
“Some other photographer might have chosen one of the shots I took after the wave broke and it enveloped the lighthouse more, but I was trying to show the height of the waves, so that’s why I selected that one.”

Gendron also was amazed at the coincidence. “The coolest part for me, is that I had been set up for 20 or 25 minutes, and there had only been a few big breakers that came over the lighthouse. I kept saying, 'I want to get one more, one more.’ And that was the last one I captured. I hit the shutter, fired off a burst, and when I looked through them all later, that was my favorite picture from that day."

“I was just looking for the most dramatic image I could get. I have a couple where waves surround the lighthouse, but the way this one breaks over the top  with the spray all the way around, I thought it was super cool - the most dramatic.”

Risman, for one, is happy with how being accused of stealing Gendron’s photo turned out. “If I hadn’t been accused, I wouldn’t have known about it,” he said. “It’s funny, it’s almost like, can anyone get a unique shot anymore? How remarkable.”

All images and video used with permission of Ron Risman and Eric Gendron.

Couldnt just tell that the foreground waves were different?...

As Risman said, the differences in the foreground are easily achieved in Photoshop. The other differences (and similarities) are much more difficult to fake or replicate.

About a week before trial we set up an "examinations for discoveries" meeting pertaining to lost originals and multiple copyright infringements.

One of my claimed infringements was an exact duplicate of my photograph from another photographer shooting the same subject in the middle of nowhere -then just as surprisingly selling stock photography to the same client.

the problem now will be that everyone that was saying he was thief will probably not see the end result and still think he ripped it. if you really look you can see it's from a diff angle.

Usually a landscape or still life photographer will use remote triggers to prevent additional vibrations. I’m almost curious if they had the same trigger brand and frequency.
It’s entirely possible one person hit their trigger and made both cameras fire at the same high speed frame rate.

Both the Canon 5DIV and 60D have built-in WiFi as well, so I imagine they would simply use their smartphones as remote triggers, rather than a third party. Each phone has to be paired to the camera, so no way it would pick up a random camera simultaneously.

Not withstanding the "concept" argument below by Pierre, I often hear that the person triggering the shutter owns the copyright. (I assume that carries over to the person who set up a camera to be triggered such as by a sound.) But if A and B were on the same remote trigger frequency and A triggered both cameras, could A claim copyrights? Say B decided to take a nap and A triggered a unique shot all the papers were wanting and B's camera was in a slightly better local, could A claim it or could B claim it was set up by him, his gear, etc. and be pleasantly surprised to benefit from A's timing?

Interesting how it turned out. I say this because I've actually did this with another photographer, intentionally. LoL
I saw a photographer shooting on the street and they had a Yongnuo trigger mounted on the hot shoe. Their trigger was just like mine. I had mine with me because I had been shooting a few minutes prior. So, naturally, I pressed my yongnuo trigger, to see what'd happen, and their flash box fired. They had their camera around their neck.
It was kinda funny. But this story reminded me of that day.

In search of a conspiracy, these photos are gonna be picked apart like the Zapruder film....

This raises more questions about originality than about legitimity and photo theft. With so many guys shooting the same things in popular spots, it's hard to tell who owns the copyright because even if the *files* are different, these are the same picture, conceptually speaking. The copyright applies to the concept, not to the actual digital file or physical print, so having identified that the files are different doesn't solve the problem of who owns the copyright, thus the picture. And given the circumstances, it seems the picture is practically public domain.

So everyone saves their RAW file? I don't. Should I?

Absolutely. In fact, I shoot in RAW only.