The Supreme Reign of the DSLR Began in 1999: How Did It Happen?

Whilst Kodak's Steve Sasson claims plaudits for the invention of the digital camera, the first DSLR arrived in 1991 courtesy of Kodak, as the 1.3MP DCS-100. This was actually a butchered Nikon F3 with custom digital back, tethered to a weighty battery pack that also contained a hard disk drive and 4" monitor, and costing an eye-watering $20,000 (about $40,000 today). This obviously wasn't the future of the DSLR but a halfway house hack which by 1996 had got a fair bit more miniaturized in the form of the EOS-DCS3. Coming from the direction of the compact camera, Nikon in the same year released the E2N — a hollowed out Fuji body with a 2/3" sensor and clever optical system. 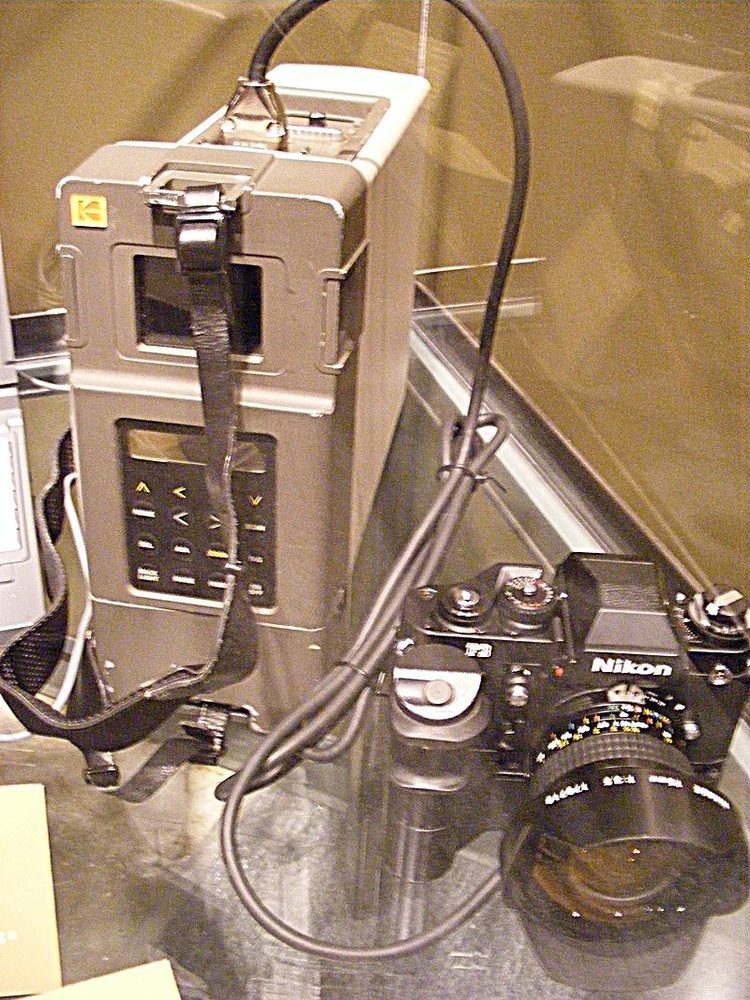 The race was on to actually release a DSLR that looked and worked like an ordinary SLR, but who would get there first? Given the close relationship between market leaders Kodak and Canon, they were favorites in this camera equivalent of the space race, however it was Nikon that beat them to the punch with the release of the D1. This featured a Sony 2.7MP APS-C sensor, 4.5 fps continuous shooting, and crucially retailed at under $5,000. It was the first DSLR to be entirely manufactured by a single vendor and, remarkably looking back, was also the first to shoot JPEGs, something we take for granted in the world of fast shooting speeds. It was an instant hit because it was usable, could genuinely replace film, and was competitively priced. In the same year Kodak released the DCS-620; a Nikon F5 with a digital back, it was their best yet, but at nearly three times the price of the the D1 it was clear the future lay with Nikon. The last DCS was released in 2004.

Canon had a quiet year having released the EOS-3 in 1998 and the EOS-1V in 2000, it's only SLR was the commercially successful entry level EOS-300. The 1D would not arrive for another 2 years, handing the advantage to Nikon. Meanwhile, Minolta's digital innovations with the RD-175 in 1995 had stuttered and it continued the production of its film cameras, with the release of Dynax 9 in 1998 and the titanium 9Ti in 1999. Considered by some as one oif the best Minolta's, it was true to form for an electronically advanced body with good ergonomics. Pentax was also trying to step up to the digital future, although 1999 was marked by the release of the Pentax MZ-7. A modern styled K-mount Pentax that could be described as "plastic fantastic": easy to use, but utterly forgettable. The MZ-D was intended to be their first digital release in 2000, but the prototype was shelved and Pentax's first DSLR wouldn't arrive until 2003 in the form of the *ist D. Perhaps of more interest to Pentax enthusiasts was the arrival of 67II, the fourth generation 6x7 medium format. Designed as a usable SLR and featuring AE, TTL flash, and an LCD data panel it is remarkably still in production!

Olympus meanwhile were in their self-imposed SLR hibernation. Having disastrously debuted AF with the OM-707 they effectively exited the SLR market (with the OM-2000 the last in the line) and focused upon developing their bridge and digital cameras, of which the C-2000 Zoom was fairly typical. They wouldn't release a DSLR until 2003 with the Four-Thirds E-1. Fuji were also mid-development cycle pivoting away from the joint development of the E2 with Nikon and would release the S1 Pro in 2000 (a Nikon F60 with Fuji electronics). They likewise were also selling a range of digital compact and bridge cameras such as the fantastically name BIGJOB DS-260HD. 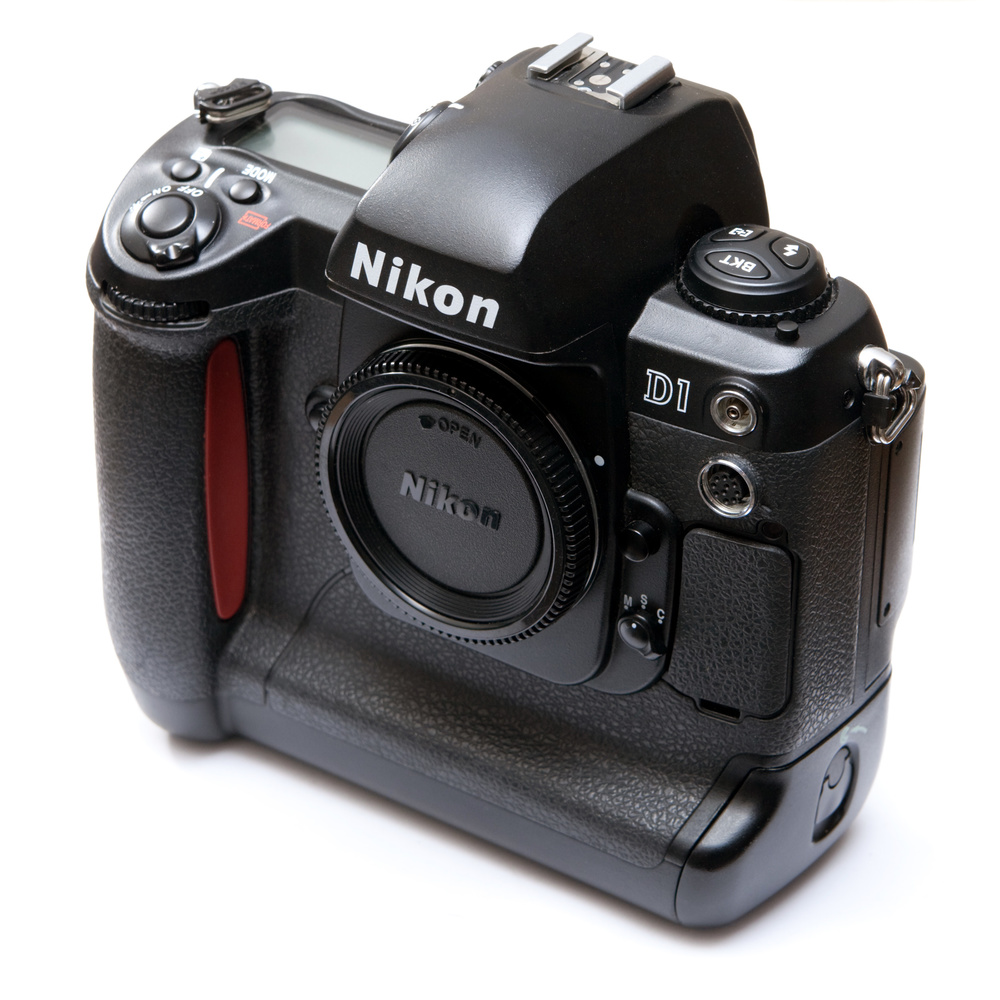 As the news headlines at the beginning show, whilst everyone was gearing up for the big millennium party there was still plenty happening in sport, politics, and entertainment. For a US focus at 1999 take a look at Buzzfeed's summer retrospective, while pa images provide a well-rounded view of the UK.

On the awards front, "99 Cent" by Andreas Gursky was nominated by Time as one of the 100 most iconic photos of all time. Gursky holds the record for the most expensive photo (Rhein II), however this one has a little more going on — sort of. Gursky is known for his enormous C-prints of bland scenes in excessive detail. They are hyper-real and quite literally absorbing and this one sold for $2.3M. Make of it what you will.

World Press Photo went to Dayna Smith for her black and white portrait of Ajmane Aliu during the Kosovo War. It is a fascinating image simply because it is difficult to understand the roles and emotions that are on show. Ajmane has a fairly neutral expression, although you would guess she was upset. The hand cupped around her jaw is intriguing in terms of deciphering the cultural context for it. Questions abound: who is the man? When and where was this taken? How long after she had been informed her husband was dead? Who are the women in the background? The real world is a complicated place and sometimes it is difficult to know what is going on. Context is everything.

The Pulitzer for Feature Photography went to Fred Sweets of the Associated Press for his coverage of President Clinton's affair with Monica Lewinsky. Spanning a full year of coverage it is an example of the dedication to the profession of photo journalism. Sure, as an AP photographer he was there to cover Bill Clinton, but it runs deeper than that. There are a thousand ideas and images swirling in your head, starting with the daily drip feed, but rooted in this is deeper coverage of longer stories. This is a fine example of how a long term study of the individuals making up a story can become so much more than you anticipated.

Ultimately, 1999 was the end of the millennium and the end for film photography. It truly marked the beginning of the DSLR. 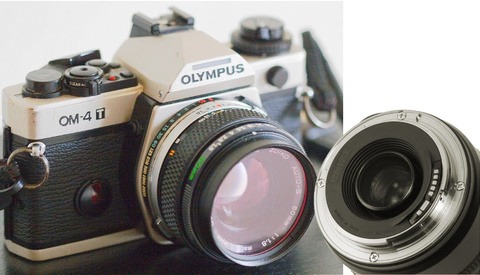 Gear / April 15, 2020
How 1987 Led to Canon's Domination of Photography
Log in or register to post comments
6 Comments

Rein? Don't you mean "Reign"? C'mon. I wish people would at least proofread the headline or title these days.

Professional production wouldn't go fully digital for at least another 5 years, and even then there were plenty of holdouts. Although digital images were popping up, all the high-end product shots had shifted to 2-1/4 and larger because there was backlash towards DSLRs, similar to what you see today aimed at mirrorless.

This was mostly due to investments of course. Most studios were heavily invested in film cameras (and post houses with big scanners) and didn't want to be forced to a medium everyone believed was inferior. In 2007 I was still dealing with 2-1/4 and 4x5 product shots that had to be scanned in for then-modern digital page layout.

But then, as now, the writing was on the wall. It's so funny today hearing people say shit about mirrorless, and how they'll never replace DSLRs. I saw the same movie at the dawn of DSLRs and digital imaging. It's like watching Saturday morning cartoon reruns...

People made similar distinctions about film and DSLR, don't kid yourself. I bet in about 2-3 years the EVF will outperform the OVF in every single way, and the OVF pundits will just shut up and start shooting with mirrorless cameras, just like they shut up and started shooting DSLRs and dumped their film cameras.

I picked up my new D1s at work before an assignment with a tight night deadline back in late 2000. I remember the batteries were barely charged as I got to the assignment. Took a quick look at the manual and crossed my fingers. Can't believe those jpegs were under one megabyte on the 64mb cards. Oh how time flies. Never imagined I would be shooting 61megapixel RAW files 20 years later. I miss those magical days. I think we take a lot for granted these days. Heck, people are already complaining that the Canon r5 shoots ONLY!!! 20 min of raw 8k video before needing a rest. LOL.

This says nothing about how it happened, just that it did. Why would any photographer even bother with digital? I realize there are many reasons, but none are given here.

The Pulitzer went to the AP staff photographers who covered the scandal.