Why a NAS Unit Should Be Your Next Purchase, and How You Can Win One in This Giveaway

New lenses and cameras are always fun to purchase, but equally important is finding a way to store those photos you’re making with those cameras and lenses. Here’s why you should consider network attached storage before you spend that money on another lens.

I get it — cameras are sexy and hard drives are not, but network attached storage is much more than just a simple hard drive to store your photos on. I started using a NAS unit that uses Synology’s DSM (Disk Station Manager) a couple of years ago and it was life-changing. Instead of shuffling around external hard disks and waiting forever to make backups of backups, I had a much more reliable option that gave me a lot more flexibility to store and retrieve my photos.

With standard external hard drives, I’m limited to what I can physically plug into my computer at all times. The beauty of a network attached storage unit, such as Synology’s DS718+ or DS1618+ is the network part. Instead of plugging directly into a computer, which would need to be powered on to access files, I’m plugged into my router with a Cat 6 cable. I can then access the NAS unit directly on my home network by plugging into the same router or connecting to my wireless network. I can even access my files remotely though the DSM interface. I can’t count the number of times I’ve needed to grab an old file on the road and a NAS unit with Synology’s DSM lets me do that with ease. I’m also able to use any computer or laptop in the house without having to physically plug in or unplug drives.

When I’m transferring a massive amount of files, I can plug things directly into the NAS, set up the transfer through the DSM web interface, and walk away without worrying about my computer losing power or going to sleep and interrupting the transfer. It requires much less thought and effort.

Before switching to a 2-bay NAS Unit, I would buy increasingly larger hard drives until I was hitting the limit of what’s possible in a standard external drive (which was about 10 TB when I switched over). That’s a lot of data to carry around on one platter, but more than this, it took forever to back up that drive, even with a fast USB 3.1 connection. I also finally hit a point where I hit the limit and couldn’t even fit everything on one drive anymore.

The DS718+ out of the box supports 2 hard drives (but with the DX517 expansion unit, it can go to 7) and the DS1618+ supports 6 out of the box. Depending on your needs, you can configure for maximum storage (in my case, I have 2 12TB Seagate Iron Wolf drives set up to give me 24TB) or for redundancy in case one drive fails. While this redundancy shouldn’t necessarily be considered a backup, Synology’s DSM makes it easy to seamlessly sync to another NAS Unit offsite or the cloud using Hyper Backup to offer a true backup solution.

All in all, it’s much easier than having multiple hard drives and having to separate which files are on what, and then backing that all up to another set of hard drives.

Trading in a pile of hard drives and flash drives for a NAS unit made life a lot more organized.

When you put all your eggs in one basket, you are destined to lose or break that basket. Using a NAS gives important peace of mind for photographers always worried about calamity striking their photos. A common saying among IT professionals is that there are two types of people: Those who have had a hard drive failure and those who will have a hard drive failure.

Even if a NAS is the main unit or secondary unit in a backup system that includes hard drives, it’s a valuable upgrade.

If you’re looking to get your hands on a unit yourself, Fstoppers is giving away a Synology DS718+ with two 14TB Seagate drives. Just leave a comment about something you wouldn't want to lose in a hard drive crash, and you will automatically be entered in the draw.

This giveaway is open those with a US address. Winners will be selected in one week.

BTS / February 15, 2019
Building the Fastest Network We Can In Puerto Rico

Education / May 2, 2018
Fstoppers Reviews the IoSafe 218: Is NAS the Right Photo Backup Choice for Technophobic Photographers?

Can't afford to lose anything, but especially family pictures - the older the photos get, the more precious they become!

I wouldn't want to lose any important photos and have angry clients.

I have thousands of photos of pets (always feels weird to just call them "pets") that are no longer with me. When they passed it was like losing a family member. I cry whenever I look at old photos, so I don't do it often, but I would never want to lose those files. I have them currently backed up on 2 different Seagate HD's, but a NAS would be a level up and peace of mind I don't currently have.
Honestly, I can lose client photos or personal projects...that's all just stuff, but I really don't want to lose the photos of some of the best friends I've had that are no longer here to create new memories with.

I wouldn't want to lose years of work!

So many family and friends pictures. Losing those would be a catastrophe

I'd hate to lose my TIME dealing with my backups all spread out among different standalone drives!

Also I'd hate to lose the photos and videos I've got stored up.

I'm a data hoarder. So pretty much anything and everything?

I wouldn't want to loose my entire photo collection. Even with cloud storage a reliable NAS Storage is a great on location storage option I would love to have.

Not only my image files, but all my financial files.

The photos I take are my memories(ish). Don't wanna loose 'em.

I'd hate to lose our financial and legal documents, along with photos and videos of my family growing up.

I could definitely use this! I'd hate to lose any of my hard work from the last 15 years!

5 TB of photos and data of the subjects (bats, yes flying mammals) of my PhD project. Losing these would basically mean the end of my doctorate program

Wouldn't want to lose 15 years of RAWs taken around the world!

I have five years worth of church pictures saved on my personal external hard drive and I know I need to upgrade my backup plan before I loose these photos.

I experienced data loss a few years ago of one of my external HDDs so I hated that feeling. (I was able to recover 80% of my photos at a cost of $700). I wouldn't want to lose any of those precious moments I captured for my clients.

I have so many images taken from when my partner and I backpacked around the world. these would be the worst things in the world for me to lose. while I have some of them printed and hung up there are many others that are sitting on hard drives and backups. It's the random ones that would upset me the most if they were lost.

Birth photos of my kid, I mean work stuff is bad but they are just work.

Having lost my home and business in the 2018 Paradise, CA 'Camp Fire' a good portion of years of photos went up with my backup drives on my desk. The 'Cloud' saved the rest, but trust me it really stings when it's all gone. Twenty years of my photographic life along with my wife's photos all gone in less than a few hours. 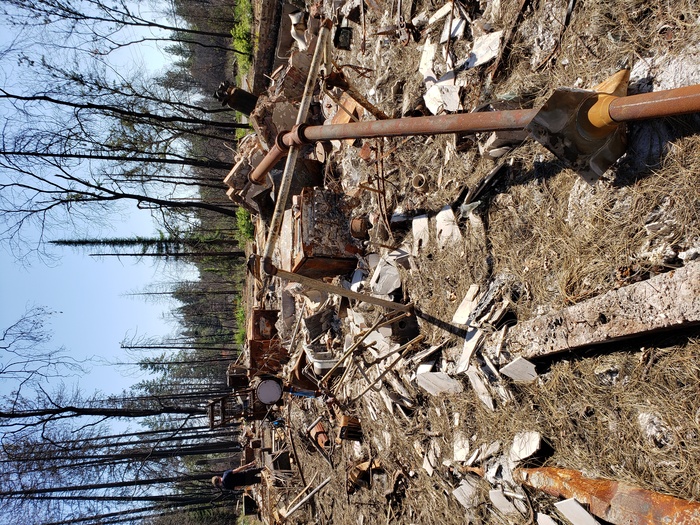 Over 8TB of footage from the past 1.5 years of independent client work is invaluable to me!!!

Don't want to lose pictures of my dad holding my kid!

I need to sort out another HDD to backup mine. Got most of my stuff on a my passport pro and some in Amazon Cloud.

Things I wouldn't want to lose and unfortunately I know the pain of losing because of a hard drive crashing... All personal photos from college on, my sister's wedding video and all the original clips that I was making for her, all my wedding photos and worst, all of photos of the first year of my sons life, I know it's exactly a year because it crashed on his 1st birthday.

The priceless (to me) photos of my children, videos and digitized photos of my foregone parents are something I hope to keep and pass on.
My personal photography can be discarded however. I love none of it.

It goes without saying, my photo collection is the most important thing to keep backed up.

10 years worth of photography and video.