The Worst Camera We've Ever Tested Is Hilariously Bad

The Eyemore S1 was supposed to be the next big thing in mobile filmmaking. Instead, it's one of the worst video cameras I've ever tested.

Normally, when a product doesn't live up to consumers' expectations, it's a bad thing. In the case of the Eyemore S1, though, it's so bad that it's actually entertaining. 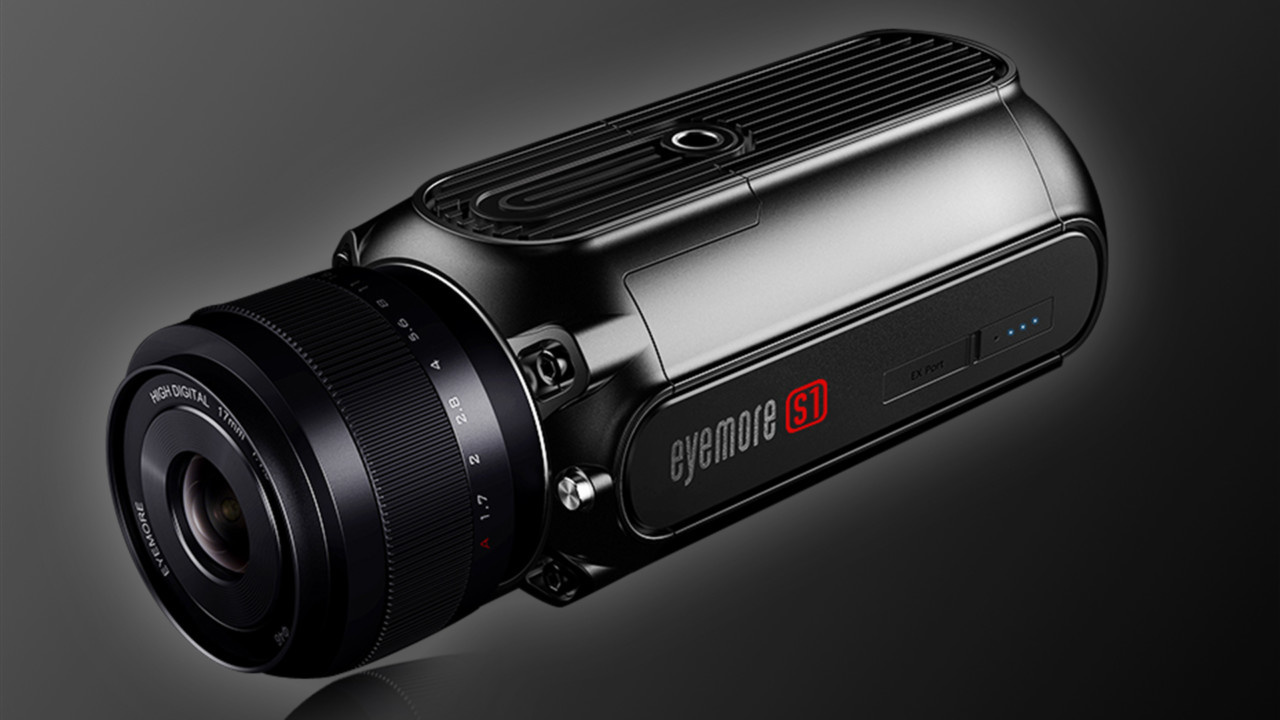 We started working a review of this camera a few days ago, and we began by filming some test clips with it. The footage was horrible. Even at the lowest ISO settings with plenty of ambient light, the footage looked like it was being shot at the maximum ISO on any other camera. To make things worse, the footage was constantly glitching with colored bands flickering across the frame.

We emailed Eyemore and told them that they probably don't want us to review this camera, because the footage was unusable. Surprisingly, they responded and said that we shouldn't be comparing it to the GH5 (even though they do in their promo) and they did want us to review it as long as we talked about all of its features. 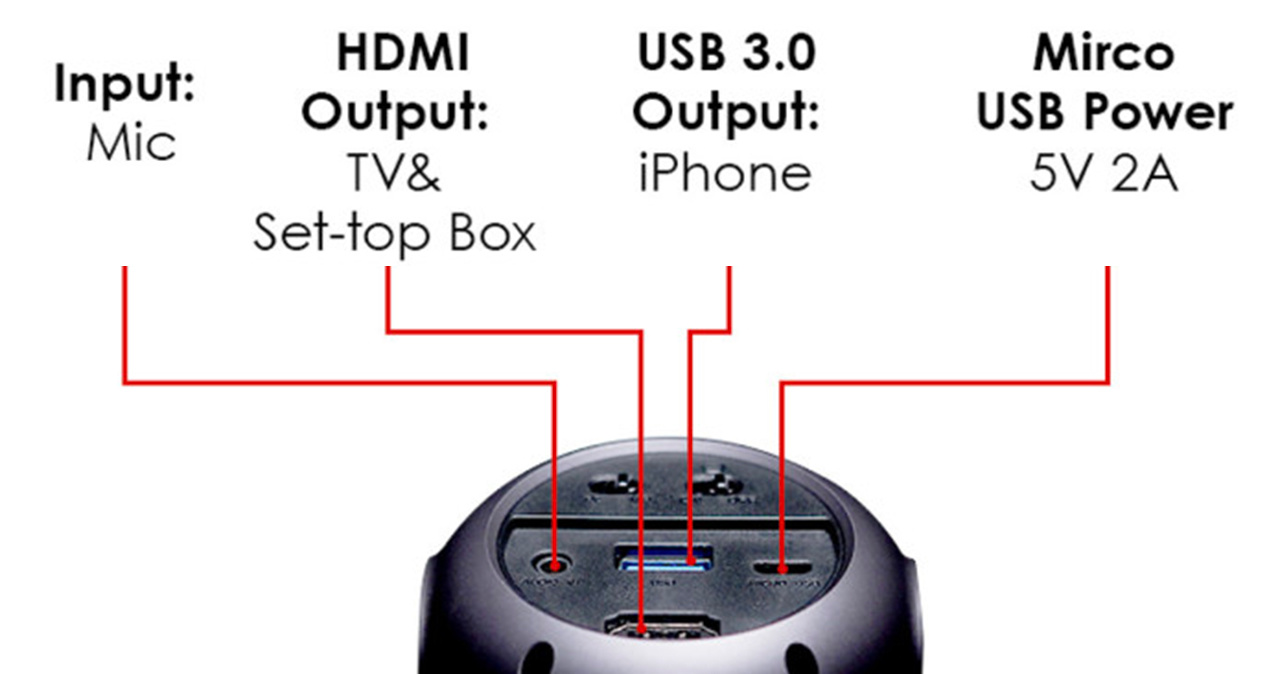 The main thing that Eyemore wants you to know is that you can record video footage directly to your smartphone, which makes it easier to upload it to the Internet. This, in theory, may sound like a good idea, but for it to actually be worth the hassle, it needs to record better footage than the stock iPhone camera, and it doesn't.

In normal lighting conditions, the iPhone's camera is a better camera in almost every way than the Eyemore. In extremely dark environments, the Eyemore is capable of capturing more detail, but the footage looks so bad that I would still consider it unusable. 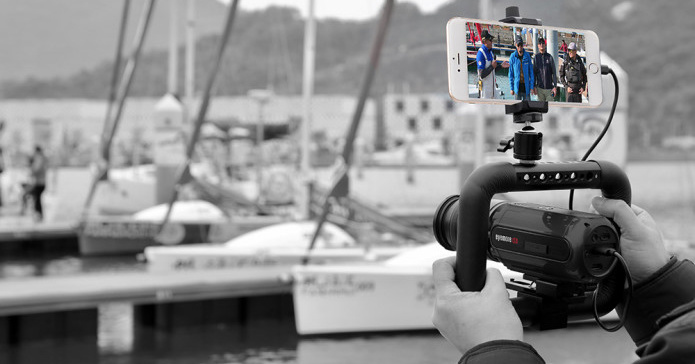 Eyemore claims that this camera has 14 stops of dynamic range and provides three different HDR settings. Keep in mind that the world's most popular cinema camera, the Arri Alexa, has 15 stops of dynamic range, so this is a bold claim. Turning on HDR on the Eyemore does recover shadows, but once again, the noise/grain is outrageously bad. There are many more problems that I have with this camera that I'm not going to spend time writing about, but you can watch the video above to hear them all. 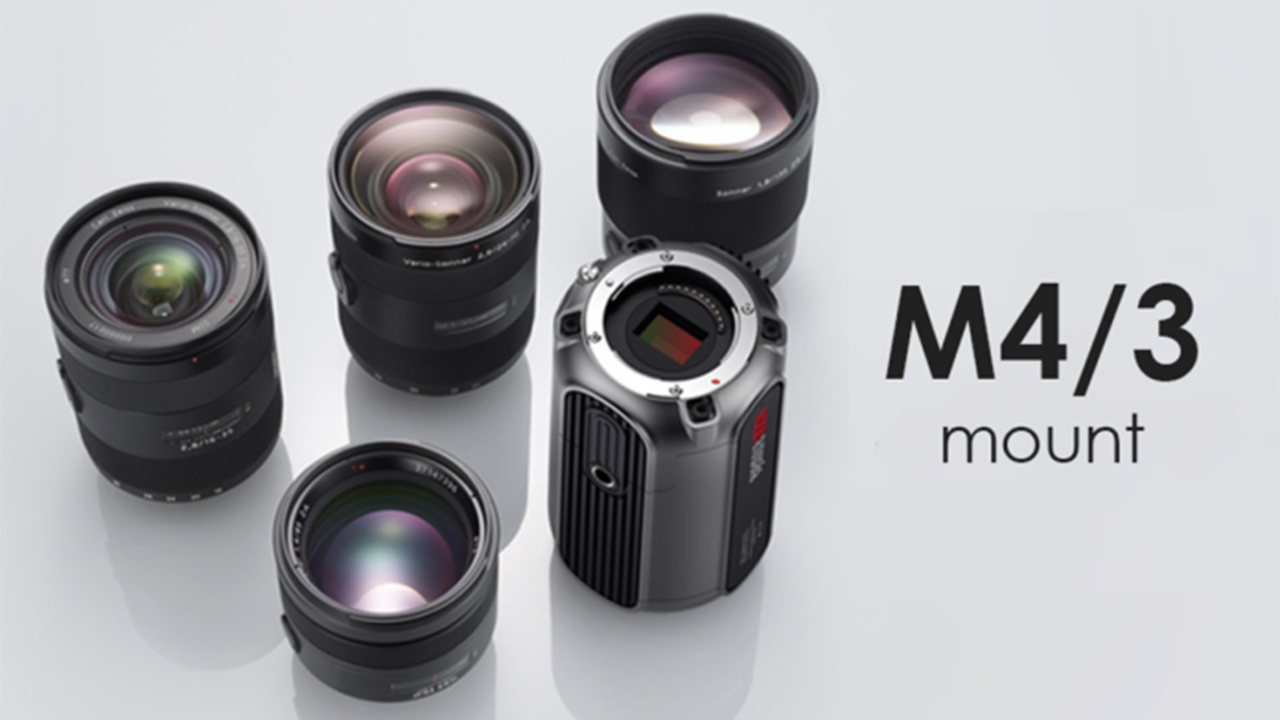 Unless the camera we have is physically broken, it's pretty obvious that the Eyemore S1 promo video is a total lie. I'm not sure that any footage in that entire video was filmed with this camera. When it shows the shot of the night sky, I'm pretty sure that is a long exposure raw photograph taken with a DSLR. This is just another example of a fake crowdfunded product. It's easy to make a beautiful promo video filled with exaggerated specs to get people excited, but these products that seem too good to be true almost always are. It's hard to invent a product and bring it to market, but it's even harder to create a camera that can compete with brands that have been in the industry for decades. 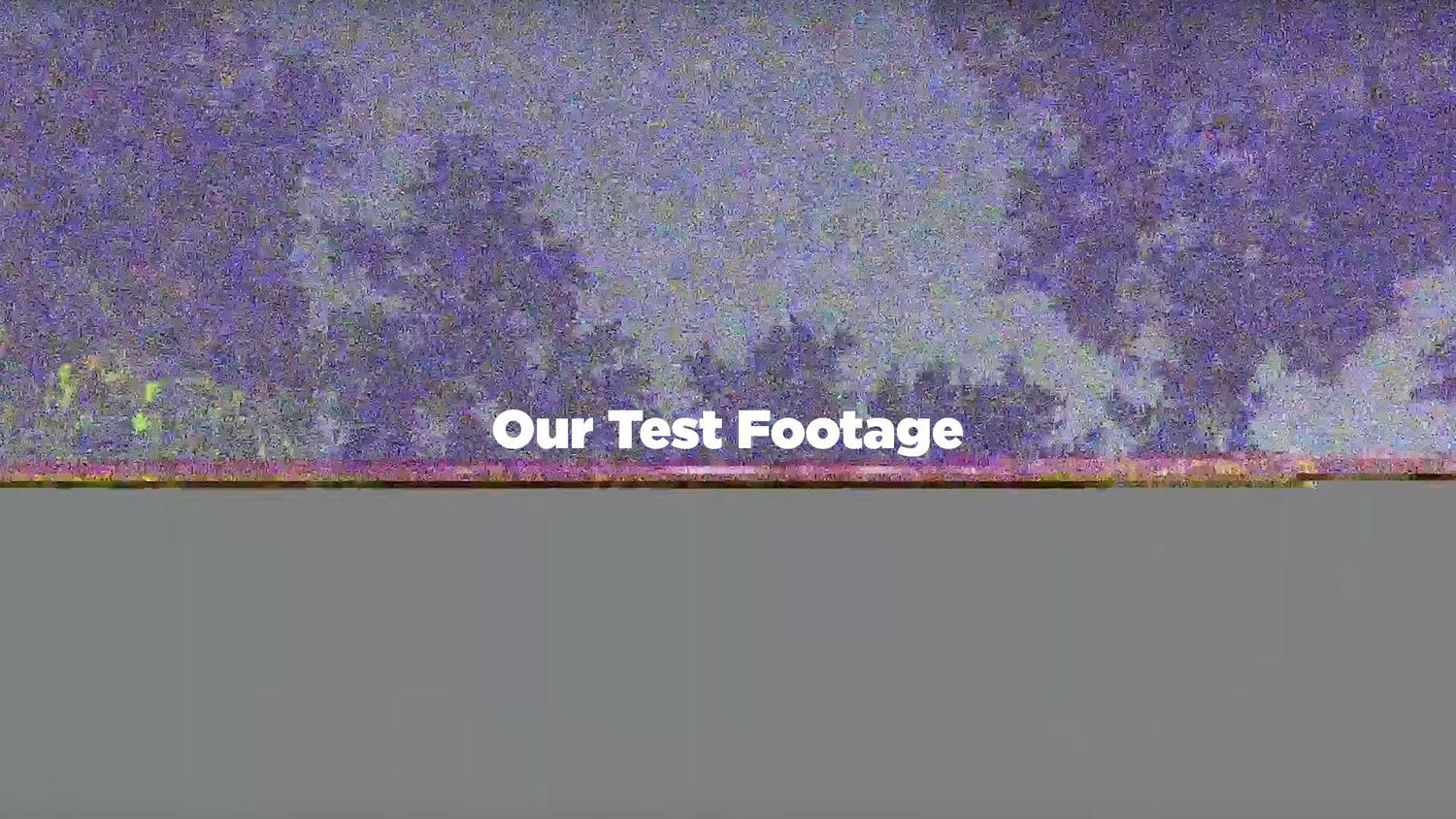 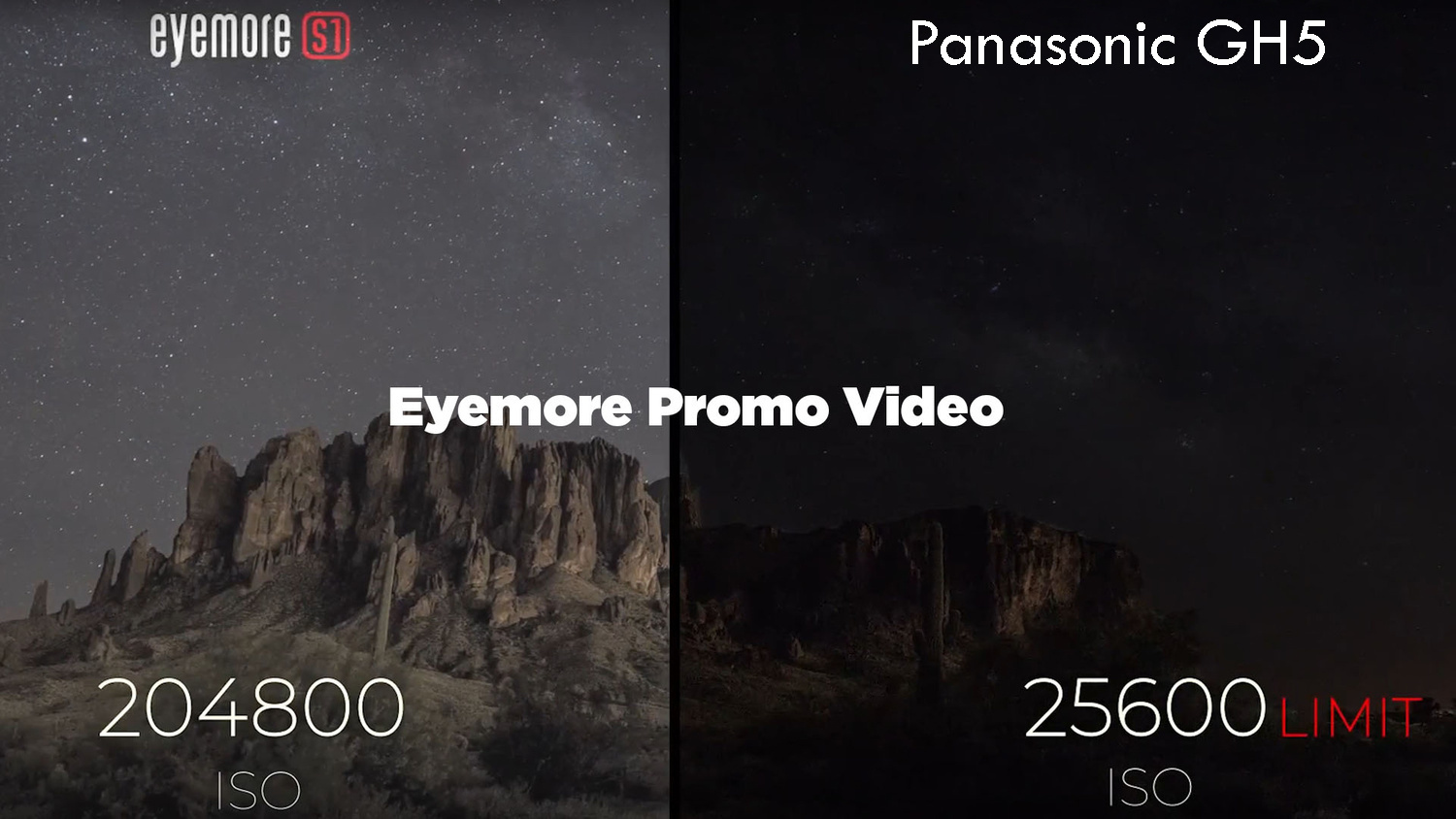 I'm not saying you should never back another Kickstarter or Indigogo campaign, but if the product seems complex, especially for a startup, there is a very good chance they won't be able to pull it off. Just wait for the product to come to market and for the reviews to come out. If the product is good, it will be easy to buy, but 99 percentof the time, these products will never actually be able to compete once they hit the market.

Gear / February 28, 2019
How to Shoot Video of Your Kids Like the Viral Hockey Dad

It looks like a bad joke. I wonder if the funders got their money back. Idea for the "camera": Keep it, it might be of value someday as a rare thing.

You should let it shoot itself being run over by a truck, in full craptastic 1080p!

The company has responded: "we don't want your reviews eyemore..."

I more, you less. Why you no like?
Destroy this thing with Chinese firecrackers or run it over with a Chinese truck or boil it with Chinese nuddles.

I think the only option is to start a "WTF Hall of Fame" with this as the inaugural inductee.

Honestly, it could be a faulty unit, but their reaction could have been "Show us the problems first and we'll let you know if it's OK to continue the review." Did they want you to send them samples of the footage at all?

Did you call the right number? Maybe you've called the mother-in-law or something...

This is all very confusing. Why would they want to have such a atrocious camera reviewed? It makes no sense.

I think we should open the camera and try to reverse engineer it.
Are the parts, like sensor, logic board, etc. of low quality or inadequate to the claims made?
Can we look at the firmware? Is it hackable?

I think they just went bankrupt or closed everything and whoever answered the email thought "What the hell let them have some fun - we don´t care anymore. We do not exist anymore.".
You should send it to DxO and see if their scores will beat Canon and iPhone as any "crap" usually does :)

Oh, and as far as ideas go, you should use it in your next fake Elia Locardi tutorial.

Bad publicity still publicity... they thought.
... they just got lot of 1K $ from all of you for nothing. Perhaps they will make a new same product under a new name with the money they got.

Now, what you are going to do... Perhaps some pretty good Explosion in slow motion while Eyemore S1 still recording it destruction.

Are you sure you haven't left it in 'VHS mode'?

The ending sequence with the bozo-clown music made me fall off my couch laughing. Thanks for even wasting the time to do this review. Hysterical - although I know it’s a legit review.

Send it over to Will It Blend

Ooh. This. A very good Idea.

I could always use more income. Maybe I'll start a kickstarter or indiegogo campaign and pay myself 5k per week as I work to develop something that sounds great on paper. I don't have any special skills in design, engineering, or manufacturing, but I occasionally have good ideas, so who knows? There's always a chance I could make a bunch of money AND produce something good, but when did a company's bankruptcy ever result in upper management repaying investors from their own pockets?

You should obviously put a link to this review in your eBay listing when you sell it.

Ah, there's nothing better than Lee ranting on gear to soothe the Monday at the office... Thanks! :D

This is more a 'proof of concept' - Eyemore is hoping Profoto builds one so they can reverse engineer the concept.

I say you set it on fire and see what sort of footage comes off of it... but then again they do say that shit don't burn.

Film the next tutorial exclusively on Eyemore.

They should've called it the EyesoreS1. Next time y'all go kite surfing, use the camera to take video.

I bet it goes up to eleven.
PS. Free publicity: check.