Yosemite Mystery Couple Found! Fstoppers Has Photos to Prove It

When Melissa Ngo stepped out onto Taft Point in Yosemite National Park with her fiancee, Charlie Vo, and saw him drop to one knee, present her with a Ring Pop, and ask for her hand in marriage, she was shocked — probably because they’d been engaged since February. She was shocked once again a couple weeks later when Vo asked her to confirm they were, in fact, the mystery couple captured in photographer Matthew Dippel’s viral photo that recently gained worldwide attention.

“I was scrolling through the Instagram feed of a local news station and came across the photo,” Vo said. “I was hesitant at first. I wasn't sure it was us. I had to have Melissa double-check to see if what the couple in the photo was wearing matched what we wore that day.” 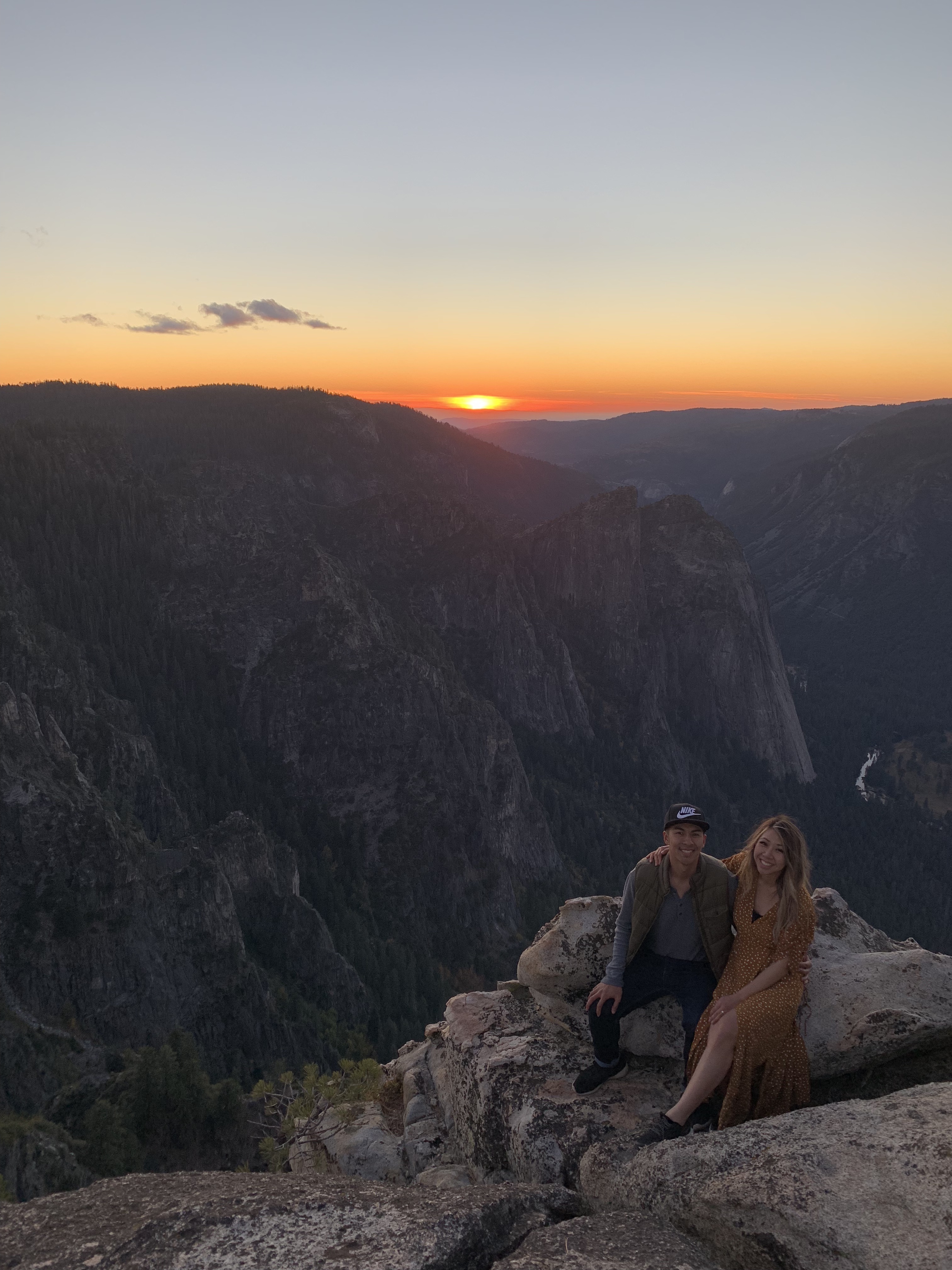 Confirm it she did. Vo and Ngo had been traveling with a pair of friends who took photos of the second engagement on Ngo’s phone, and she was able to look at her images and compare them to Dippel’s. It was them.

“We were clearly shocked; I almost didn’t believe it all,” Ngo said. “It was like, ‘I don’t think that’s us.’ I really couldn’t believe it. The fact that everyone was looking for us was just crazy."

“It’s like when you enter a lottery expecting not to win, and then you do. It feels like it’s got be somebody else, not you. How could this be us?”

The story gained worldwide attention beginning October 17, when Dippel tweeted the awe-inspiring photograph with the caption, “Twitter help, idk who these two are but I hope this finds them. I took this at Taft Point at Yosemite National Park, on October 6th, 2018.”

After more than a week went by without finding the mystery couple, Dippel resigned himself to the idea that perhaps they simply didn't want to be found. But 10 days after his original Tweet, Dippel finally saw a message from Vo’s brother claiming to know who the couple was.

“I had a lot of people tell me they knew the couple, so I kind of took it with a grain of salt,” Dippel said. “I asked for some proof, and they sent me time-stamped photos of that night, and they were wearing the exact same thing as the couple in photo. I had no doubt in my mind it was them.

“Charlie was wearing a hat, so that gave it away pretty quickly,” Dippel said. “And Melissa isn’t wearing a formal wedding dress, it’s more casual, so when I saw it, I knew it immediately. I was so happy.”

At left, Matthew Dippel's viral photograph captured the moment Charlie Vo, left, proposed to his fiancee, Melissa Ngo. Vo and Ngo's friend captured the image at right, moments after the proposal. Notice the bill of Vo's cap and Ngo's dress match. Timestamps confirmed Vo and Ngo as the couple.

Dippel said he had to sift through many leads, mostly from photographers trying to help him, before finally discovering the mystery duo.

“Some of them were people just looking for attention,” Dippel said. “Others were from people who were up on the point that night and did take photos. They were just trying to help me find out who it was. A lot of people sent me similar photos from that point. It’s an insanely popular place for wedding and engagement photos, so I had to study all those photos people sent me to make sure.”

With the identities of the mystery couple sufficiently proven, Dippel tweeted the following image:

Upon realizing they had become part of a worldwide phenomenon, Vo and Ngo knew they wanted to reach the photographer who had captured such a special moment, even if it meant exposing themselves to the skepticism and negativity of the Internet.

“We didn’t know what people’s reactions would be, but we wanted to say thanks to him for the awesome photo,” Vo said. “I had no idea it would be like this, with the attention we’re getting.”

Dippel was joyous that Vo and Ngo were able to get in touch with him.

“It was like a huge weight was lifted off my shoulders,” he said. “I had been looking for them for over a week at that point ,and I was kind of giving up hope. It had been so long, and the story had reached so many places, I thought maybe they didn’t want the attention. When they came forward, it such a serendipitous moment."

While that attention has mostly been positive, Vo admitted they have had to deal with skeptics who think they are claiming to be something they’re not just to gain attention.

“There’s always going to be negative people,” he said. “Some people question the validity of it, like, why did we do it the second time, things like that. I had personal reasons for that. It’s not too surprising people would do that. At first, it kind of got to me, but then I realized, why waste my time dealing with people like that? So, I just blocked them.”

Though he had proposed to Ngo in February, Vo said he wanted to do it again for personal reasons.

“The first time around in February of this year, it was really for friends and family, for her grandma, who always joked around that she wanted us to do it while she was still around,” Vo said. “The second time, I just decided to do it. I wanted to get her a super awesome spot with a great photo for our personal use. I surprised her with this one. Nobody knew. She was shocked the first time around, too, but not as much as this one. But she said yes again, so that was great.”

“We had originally talked about getting engaged at the end of this year, but Charlie did speed it up due to pressure from my family,” Ngo said. “He’s so sweet and such a considerate guy that he wanted to propose again to make a private special moment for me, something that we would just keep for ourselves. It’s so crazy that it’s being shared all over the web.”

The couple plans to print a large copy of the image to be matted and framed, and they will ask guests at their wedding next year in Malibu to sign it. Their friends also captured several pictures of the engagement, including one just a little ways from where Dippel was standing.

“I must have run right past their friend when I was trying to get over to the point to find the couple,” Dippel said.

While Vo preferred not to share his friend’s image of the exact moment of the engagement, he did give Fstoppers one of the photos his friends took moments after he presented Ngo her Ring Pop. Compared close up to Dippel’s photograph, one can see the brim of Vo’s hat and the dress Ngo is wearing appears to be the same as the one Vo shared. 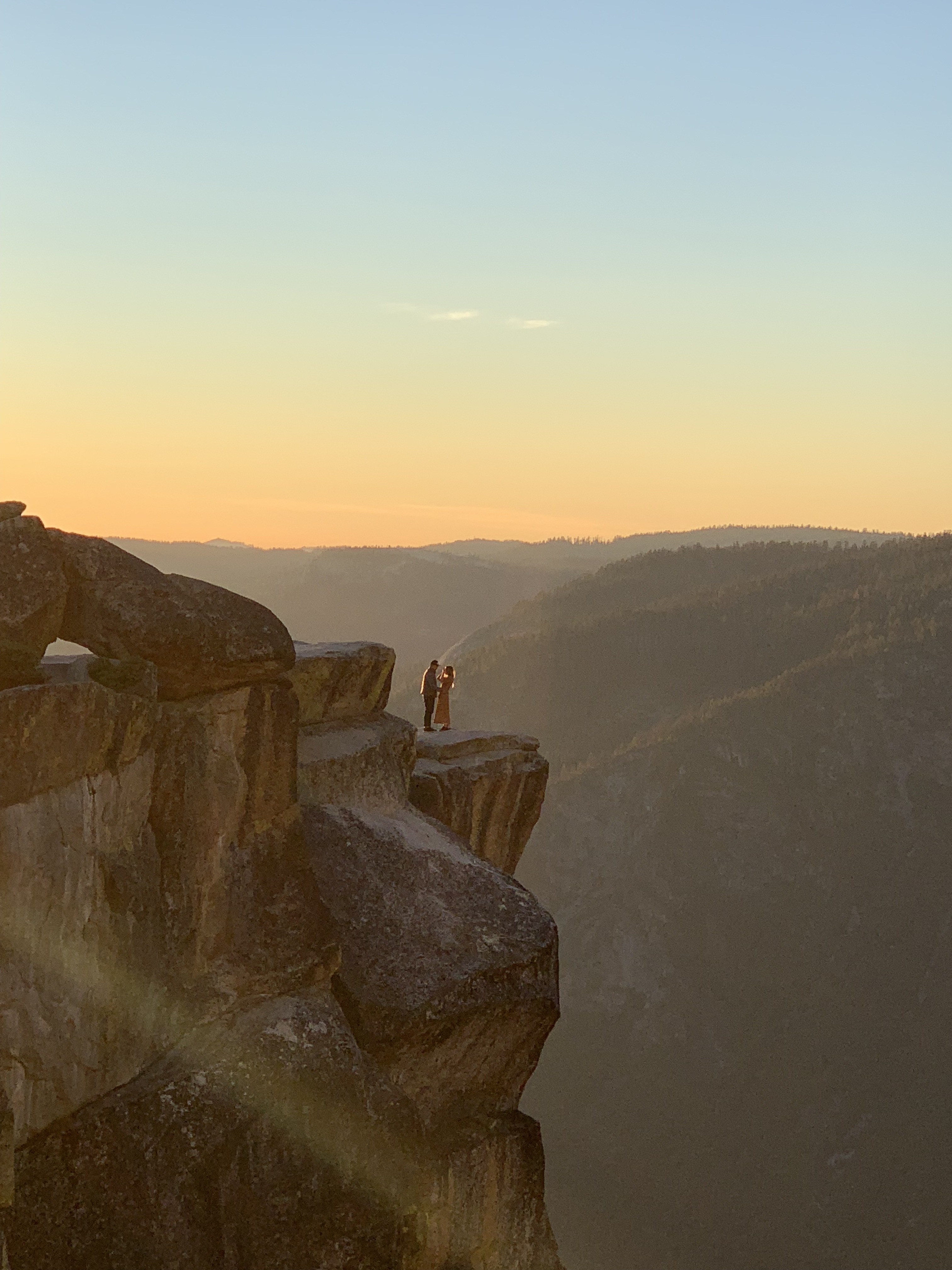 A friend of Charlie Vo and Melissa Ngo, the mystery couple of Taft Point, captured this image similar to the viral photo made by photographer Matthew Dippel on October 6, 2018.

It would have been very cool if the couple had offered some money to the photographer with an agreement for a license for the couple to use the image in any way they wanted other than re-sale (so, for example, large prints, social media posting, note cards for themselves, bio photos for this-or-that, etc.) in any media in perpetuity. I know the photographer got a ton of valuable exposure from the image and the story, but it would have made a great statement nonetheless. [Note for clarification: I'm not saying the couple necessarily should offer money; I'm saying it would be very cool if they did.]

Seriously, they should pay him? I think they both got something out of the photo so no money is needed IMO. Mr Dipple certainly got a lot of name recognition from this photo. Maybe they sign a release so he can use the photos as well.

There doesn't seem to be any reason why this story became such a big deal. Dozens of photographers take dozens of photos (the same photo) of dozens of couples here all the time.

How can you post this without even mentioning the couple who fell to their death in that same spot ? That's just not right man...

We’ve written two other articles about the couple who died. Since this story was more about the Internet search and the photographer finding his mystery couple, the other stories are only very tangentially relevant to this one.

Oh my so many negative comments on such a happy story. You guys must be fun at parties...

Very cool...not sure what the BD is though. I've seen this same deal on several visits.

Who wears a skater hat like that to propose? Geeez.

Maybe it gave him an element of surprise haha.