I didn't study photography in any official capacity — not unless you count a quick Google whenever there’s a term I don’t understand. So naturally, I'm biased in the argument about whether studying photography is worth it. But in my opinion, the most valuable asset to a photographer is something that cannot be searched on the internet, nor can it be taught.

Here’s the bottom line: you can be visualizing the greatest, most extravagant idea you’ve ever imagined — but if you haven’t got the mettle to bring it to fruition, everything becomes redundant. At best, you will attempt to shoot it, and the results will fall short. At worst, the idea will remain just that: an idea. In order to be a great photographer, you need to become confident in all that you do. So how does one achieve that? 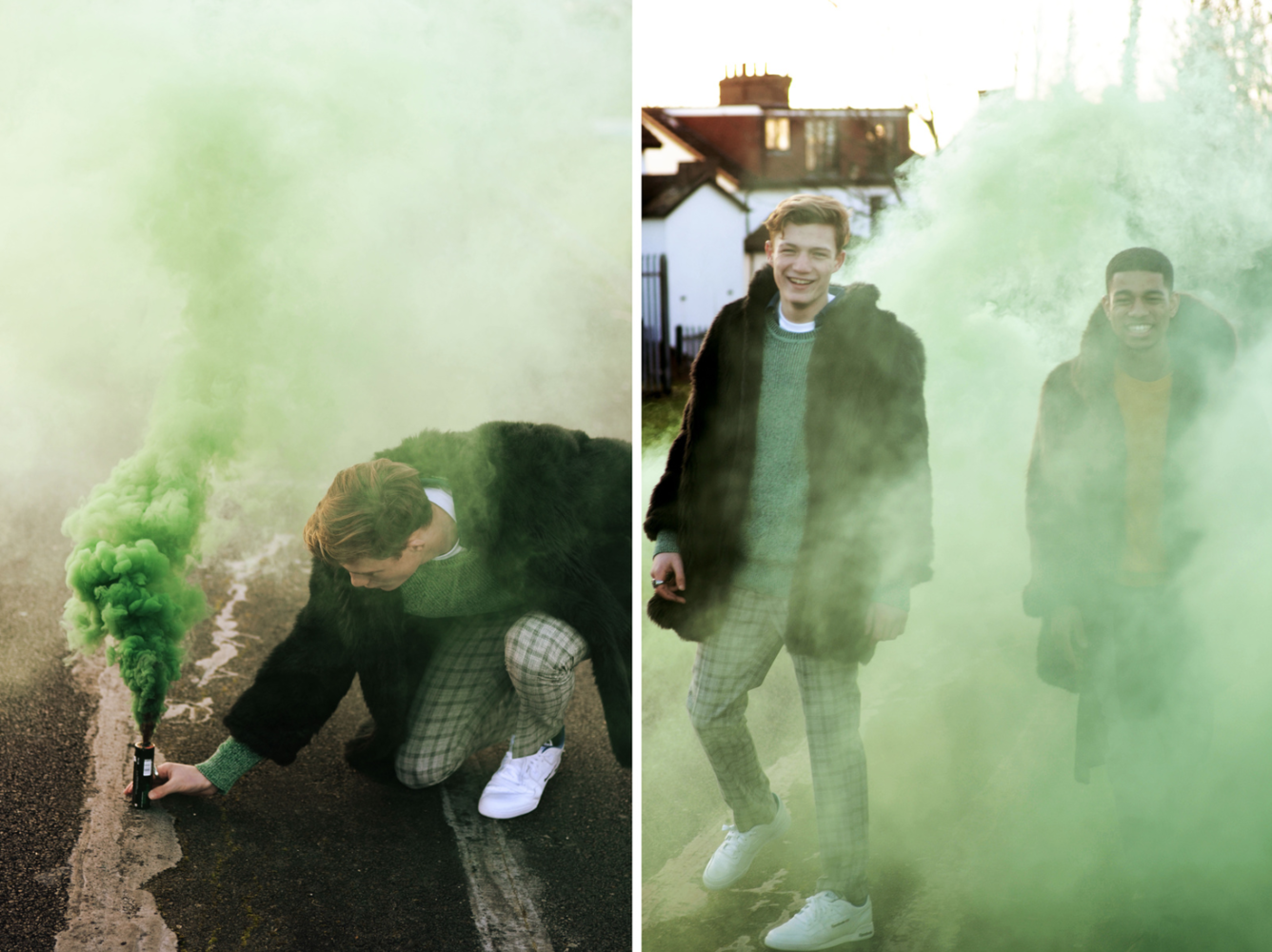 Shooting in Front of an Audience

As a professional photographer who specializes in portraits with actors and musicians, I regularly find myself meeting someone for the first time as I’m due to photograph them. We might only have exchanged a few words before I’m putting a camera in their face. It’s daunting, no doubt about it. It takes a certain degree of familiarity with such a situation in order to remain focused on the task at hand without feeling unnerved. As someone who has previously suffered with a level of social anxiety, I have no qualms in admitting there was a time when having any kind of audience present as I took portraits terrified me. It’s through placing myself in that situation many times over the years that my confidence has grown. Now, I barely even notice anyone in the room that isn’t my subject.

So much of feeling confident in what you’re shooting is making sure that your subject is on board. There’s a really important marriage between taking pictures, and taking the time to put your subject at ease before you begin. Even though I still experience bouts of anxiety in certain social situations, it’s a different ball game when on the set of a shoot. Having conducted hundreds, if not thousands of photoshoots in the near-10 years I’ve been taking pictures, I’ve found a place of solace in being on set. Having a camera in my hands makes me feel like I have a purpose to being exactly where I am at that time. Most of the battle when photographing human subjects — particularly with a large creative team on board — involves being upbeat, enthusiastic and charismatic in order to make people feel comfortable. It’s the most draining part of the experience, and where most of my energy is designated on the day.

It’s hardly unusual to find oneself in a room full of people; on one occasion I counted 30, including an uninvited camera crew who even wanted to mic me up for a behind-the-scenes video. Each of these people have their own idea of how the shoot should go. They each have their own agenda; the stylist cares most about the clothes looking best, while the makeup artist cares only for how the face looks, etc. Often, each of these people also bring with them an ego, and opinions are aplenty. It’s imperative at this point that as the creative — the visionary who has spent weeks planning for this day — you stand your ground, explain the path you’re heading in, and are confident enough in your ideas to execute them while a bunch of strangers are looking to you for direction.

It's also worth noting that certain things that look great on camera can often feel awkward to capture. Hands to the face, particularly to the mouth, is one of the main culprits of that. It looks intense in a picture, and is a popular go-to in many fashion editorials and campaigns. But some people find it awkward to act out. Having the conviction to communicate what you want your subject to do and managing to persist despite being aware he or she may feel it seems unnatural is a skill that will help you to produce better work. If you can keep morale high and have your subject trust you, it'll show in the images you are producing. 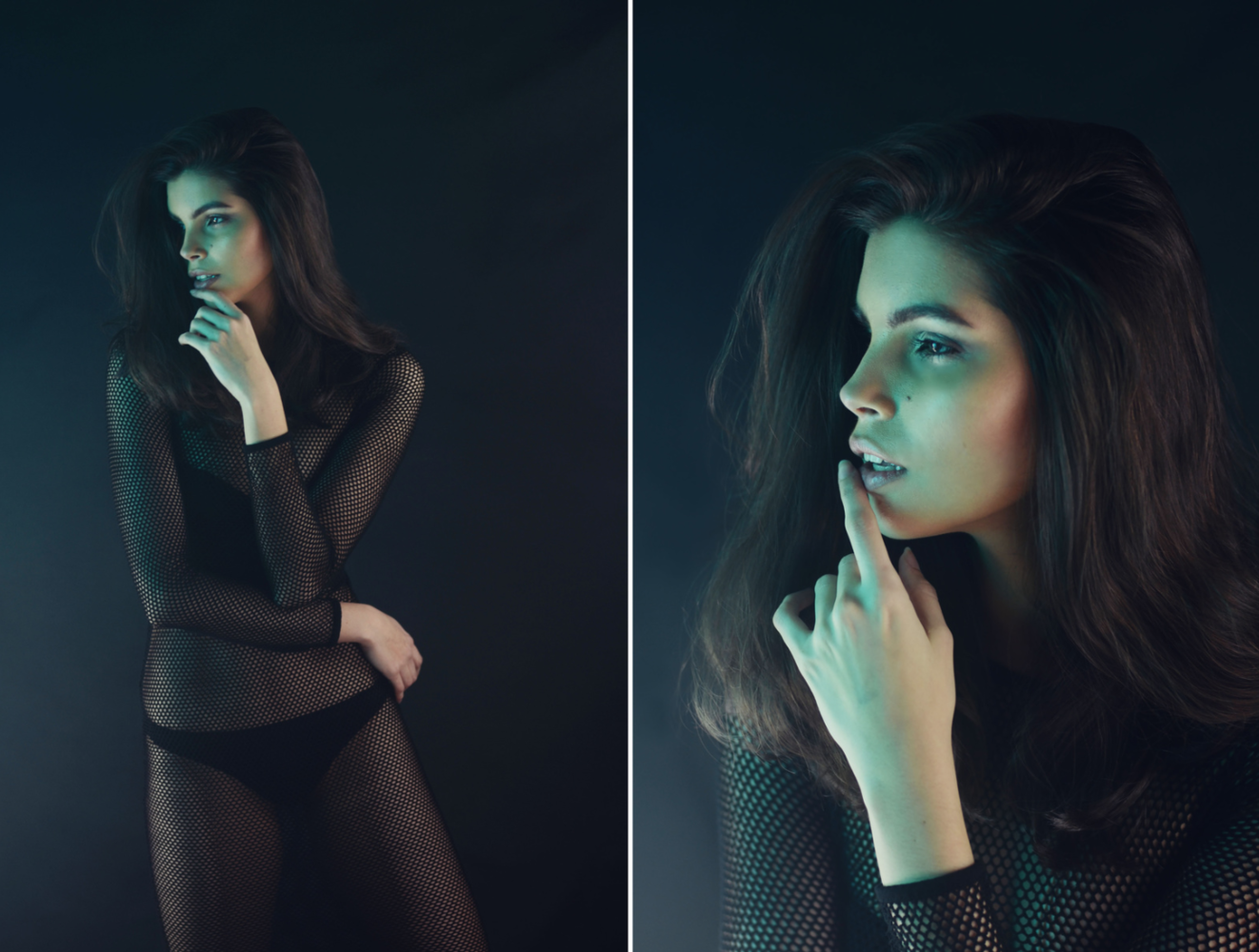 Boosting Your Confidence with Familiarity

Confidence is something that develops with both time and experience. It doesn’t manifest overnight and is one thing you can't "fake it until you make." For me, confidence often stems from familiarity. I feel more comfortable testing out new ideas once I’ve mastered it through repeated attempts in low-pressure situations, such as photographing a friend in my home studio.

First and foremost, it’s imperative to know your equipment. Studio owners are quite often surprised to find I turn up with my own gear. Why, since we’re paying the rental fee, would I not use the studio’s own lighting? Quite simply, because I feel most comfortable using equipment I know inside out. I cant help but feel it’d be like someone handing you a Canon camera, if you shoot Nikon; you could work it out, but you'd feel unnerved. When something goes wrong with my camera or my lights, I know how to fix it. I’ve become so well acquainted with the gear I use, that I never panic when something doesn’t go to plan, and I can almost always solve the problem imminently.

It’s also worth taking the time to learn your camera, it’s capabilities and limitations back to front. I’ve made plenty of mistakes over the years. When I first started out back in 2009, I once left the ISO set super high on one of my first shoots, and was baffled as to why the pictures came out so grainy. I remember a time unknowingly knocking a couple of buttons and inadvertently setting my autofocus to Continuous mode. Cut to the panic when I couldn’t manually select a focus point. I recall trying to subtly Google how to change it back to Single Area mode while also attempting to style it out in front of a client. It was a harrowing experience I daren’t repeat. I feel so much more empowered knowing that I’ve made those mistakes, and will never fall victim to them again.

You can acquire all the knowledge man can publish in a book, but if you don’t have that hands-on, real world experience, you'll fall flat when it's crunch time.

My advice would be to experiment at home. Use friends as test subjects. There’s no right and wrong in photography, and trial and error is the best way to learn. Study, sure, but you should always make time to experience things for yourself.

Know your equipment, practice, and repeatedly place yourself in situations that initially scare you. Soon, tasks that used to feel foreign will become second nature, and you will see significant advancement in the level of photos you are producing.

No, your best assets as a photographer are things that you are born with: your eyes and your brain... although many discussions on photography websites might have you questioning the latter.

I don't know where this article is going. In many respect, we all have the capacity to teach our self new skills without any formal education.