A to Z of Photography: Image Stabilization and Into the Jaws of Death

This installment of the A to Z of photography begins with perhaps the most exciting photographic technology of the 21st century — image stabilization. This is followed by one of the most iconic photos of the 20th century — Into the Jaws of Death — which marks a tipping point in history. The I's have it!

Image stabilization (IS) is one of those technologies that works tirelessly behind the scenes, operating at the lowest hardware level of the camera and, because it's invisible in use, is often forgotten about until you draw upon its capabilities. Its an unsung hero and if automatic exposure/automatic focusing were the poster children of the analogue 1900s, then IS is a technological marker post of the digital 2000s.

So what is image stabilization? Rather than is single technique, it is a series of methodologies that attempt to counteract small movements of the camera and so reduce image blurring that might occur as a result. The low tech solution to camera motion is the tripod — simply attach your camera to something that doesn't move and you have a stabilized shot! Where tripods aren't practical then you need to control at least one of two elements in the image capture system of the camera to compensate for any external motion. Those elements are the optics and sensor, which leads to optical image stabilization (OIS) and In-Body Image Stabilization (IBIS).

OIS corrects for motion of the lens before light hits the sensor. Nikon call it Vibration Reduction and Canon call it Image Stabilizer. They both work by having a floating element in the lens that is controlled by an electromagnet. Accelerometers detect movement and these are translated into corrections for the floating element. OIS typically corrects for yaw (left-right rotation) and pitch (up-down rotation) changes, but not rotation around the lens axis.

OIS brings IS to the camera you mount it in, however the downside is that it needs to be implemented in each and every lens. The alternative is IBIS which also calculates movement compensations, but moves the sensor itself. This obviously works for any lens you mount on the camera body meaning there are no requirements to replace a complete lens system. Some implementations can also correct for rotation around the lens axis.

Photographers are used to using the "1/focal length" rule for minimum shutter speed so that, for example, a 50mm lens would require a speed of 1/60th. IS typically brings 3-5 stops of improvement meaning handheld shots down to around 1/2s would be possible. Panasonic was the first to market with a combined OIS/IBIS system which brings the best of both worlds and up to 6.5 stops of stabilization. Of course, whilst this can compensate for movement of the camera, it cant stop movement of your subject!

Into the Jaws of Death

"Into the Jaws of Death" – shortened from "Taxis to Hell – and Back – Into the Jaws of Death" - is one of several iconic photos of World War 2 showing the U.S. Army 1st Infantry Division landing at Omaha Beach during the D-Day landings on the French Normandy coast, 6 June 1944. It's a remarkable photo on a primeval level and works, not because of any technical brilliance, but simply because the key elements came in to play. So what are they?

Firstly, as any war photographer will tell you, you had to be there. Secondly, what does the image show? There is an empty LCVP (Landing Craft, Vehicle, Personnel) which could carry up to 36 troops for shallow water landings. Beyond the empty craft you can see the water full of disembarked troops, both in front and to the right, hinting at the presence of other landing craft. They are heavily laden, soaked to the skin, wading forward in to a war zone.

Thirdly, the square crop suggests 6x6cm 120 film (perhaps a Rollieflex TLR) but could equally have been a 4x5" medium format or even a Leica 35mm, regardless of this there is effective use of leading lines to guide the viewer. However there is no compositional trick at play - you know that these troops were exiting the relative safe haven of the LCVP in order to capture a beachhead.

History will tell you that Omaha beach saw fierce resistance from a well prepared and battle hardened German Army and of the ~40,000 troops that landed, it is thought in excess of 5,000 lost their lives. The title is not a trite marketing ploy, but a simple statement of fact. American soldiers walked knowingly in to a death zone in the name of liberty. German machine gun positions would have defended fiercely. Some died directly from enemy fire, some from ricochets, some stumbled and were dragged down under the weight of their kit, drowning. Still others would have died days or weeks later from their injuries.

Fourthly, you have the dramatic skies capping the scene, almost making the reality the men experienced inescapable. It is dark and foreboding.

Put yourself in the shoes of Chief Photographer's Mate Robert F. Sargent. Where have you been told to stand? How are you going to shoot the landing itself? Will it be a grab shot? It was a dark, overcast day… you need to guess your exposure, set your aperture, and pre-focus before shooting. How many frames were on a roll of film? Your heart is racing from the adrenalin, not knowing if you are going to be hit. Rewind the film, store, reload, then carry on shooting.

In short, this image encapsulates the D-Day landings — it is visceral and draws you completely in to the scene, giving you some hint of what it might have been like. More than that, the landings define the end of the first half of the century with its Victorian underpinnings and the ushering in of a new order, a new optimism for the future. It can be seen as a tipping point in  the war, the point at which defense turned to all out offense, the beginning of the end. 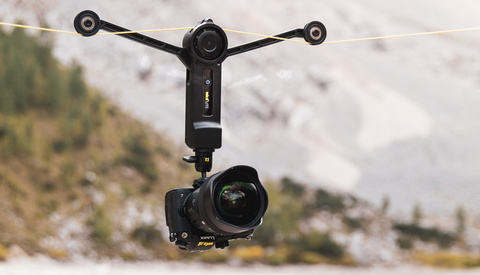 Reviews / October 9, 2021
Could Wiral LITE Be a Videographer and Vlogger's Dream? 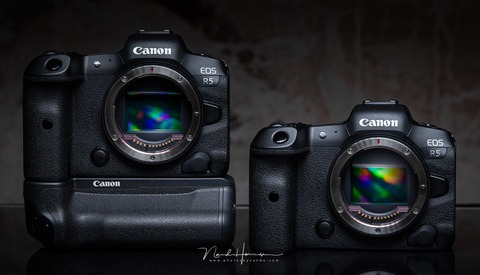 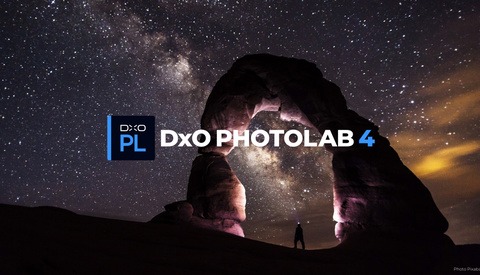