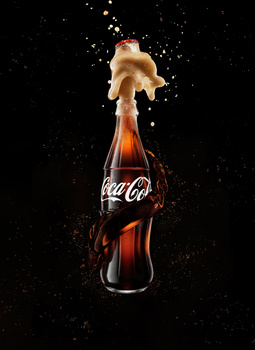 The decision to learn 3D graphic and CGI came to me during the Spring of 2015 when I was looking for inspiration on the sites like Pinterest or Behance. After analyzing pictures of high end commercial photographers and then looking for some further details about how the shot was created I realized just how often is CGI incorporated in image making process. The final output is nowadays not only realistic, but at the same time it has that perfect/polished feel, that was so hard for me to replicate with photography.
This image was my first real attempt to create fully realistic render that I was satisfied enough to publish in my portfolio. The exploding splash in the top part was photographed in the studio, same as small droplets behind the bottle. Everything else was created in 3D software. Inspiration for this image came from official Coca Cola Zero campaign.

Nice job Nazar. One little point though, the embracing liquid doesn't interfere with side lighting reflection on the bottle, it's the only thing that took me off the image. I would have said that you used Cgi before in some of your other images, so that's impressive.

Thank you. I agree that this part of reflection looks weird (you would expect the splash to block the rim light completely), but if you look closely, you can actualy see the splash appearing in the reflection. If that is the only thing though, than I take it as a big compliment =)

It truly is :D Better look more carefully next time.

Very nice! You must be a quick learner to master the CGI to that level in less than a year! Congrats!
What 3D software tools did you use for this image?

Thank you Alen, glad you like the end result, but I am still far away from mastering CGI =) I have used Cinema 4D with physical renderer, but I am not sure that I will stick with that in the future (especially with the render engine).

Thank you Jorge, glad to see you here

Hey man! Awesome shot! I am wanting to learn about using CGI for some commercial shots. I see in the comments below you mentioned that you used C4D. Do you have and sites to recommend to find tutorials to learn how to do this. Thanks in advance!

Brilliant result! How much time did you spend for learning 3D? 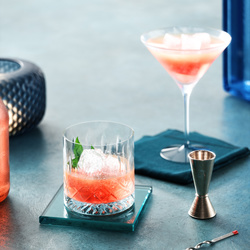 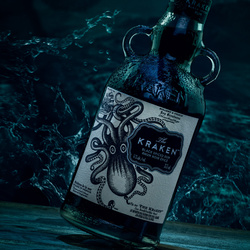 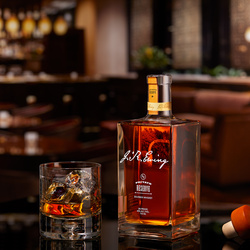 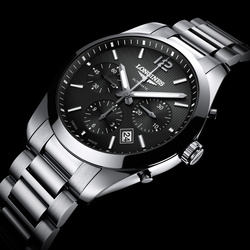 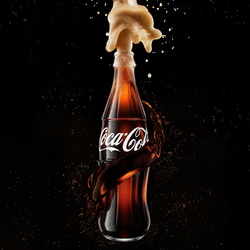 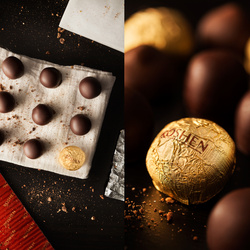 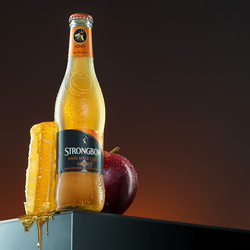 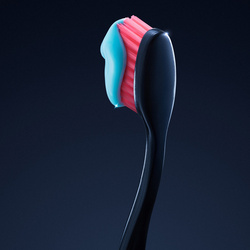