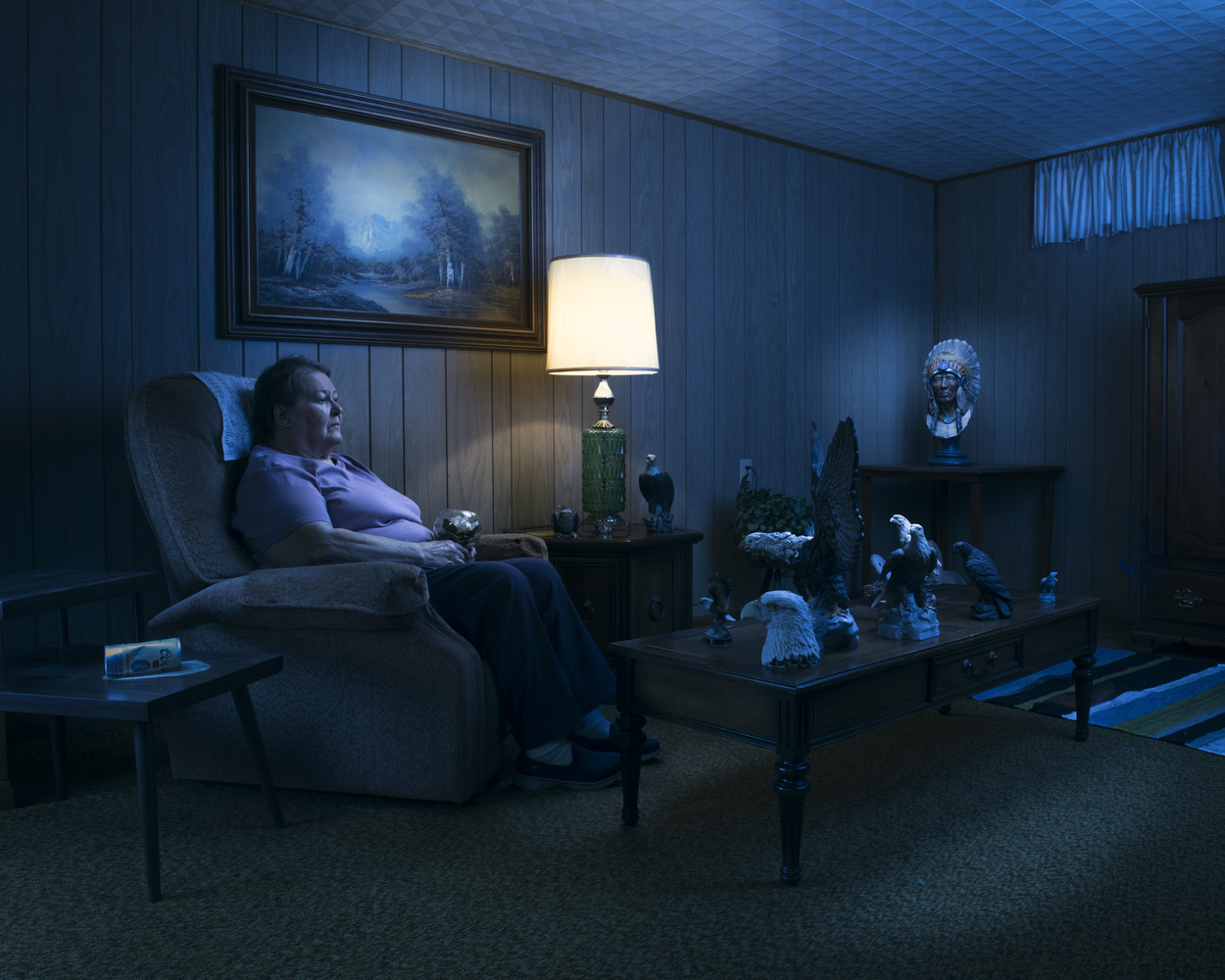 Most everyone in Kansas has basements. Most people rarely go down
there except for a tornado warning, this is especially true as you get
older. I find basements hilarious. They are time capsules. Everything
you were once interested in and no longer so, goes in the basement.
Old collectables, furniture, etc. I started photographing them and they
make for strange worlds. Everything in the images were found in the
basement. I used multiple lights with spot grids to make it seem more
cinematic.
For example, this first shot has 6 lights. One 5 foot Octabox with a
Move 1200 as a fill 2 stops under the key light, a Siros L 800 with a
2x2 softbox and a CTO gel behind the door, a Siros L 800 at the top of
the stairs, another Siros L 800 outside the window, a Siros L 400 with
a 2.5 foot Octabox on a boom arm lighting the subjects face, and
finally the lamp. Since this was a real location and not a set, there
were low ceilings and some space limitations that caused some of the
lights to be in the frame during the shot. To get around this, I used a
tripod and combined multiple exposures in Photoshop. I shot an
image with just the lights that were well hidden and used this as a
back plate to easily remove light stands that were in frame later.
The next shot I wanted to have a cool, night time feel to the image. I
used a similar technique to light this image, but I had more lights that
were in the frame. I decided it was quicker and easier to put a 2.5 foot
octobox on the Move 1200 L and walk around the room lighting where I
wanted to and use a remote trigger to fire the camera. I did this to
light the bird statues on the table, the Indian Head statue, the beer
can, the painting, and the subject. All the lights were gelled blue with
the exception on the lamp. I cooled the image down further in post.
There actually wasn't much post processing besides the combining of
exposures with is actually pretty basic.

Great work. This reminds me a bit of Gregory Crewdson.

God I love this image.

Great! Love everything of it!

Justin Lister
Into the Mystic
2 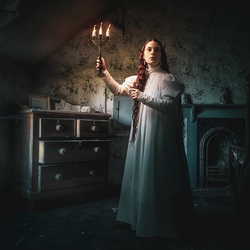 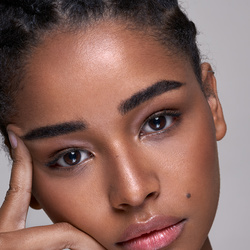 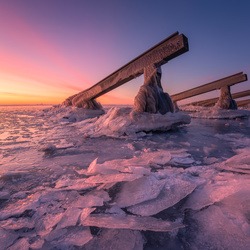 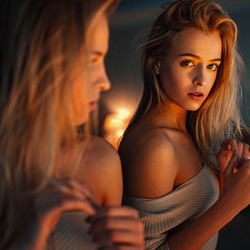 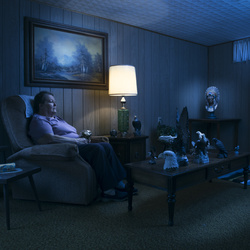 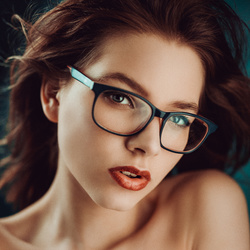