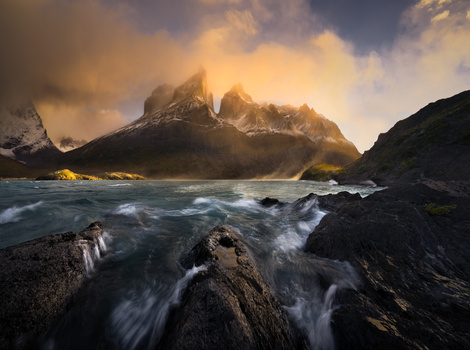 What started as ancient Volcanoes that formed from the beginning of our Planet's existence, the alluring Cuernos towers in Torres Del Paine National Park are all that remain. Starring at these prehistoric towers would make anyone feel like they are millions of years in the past.

That morning, the winds peaked above 100km/h and created some very large winds. In fact, countless times during our photoshoot the wind picked up the water and created these airborne water spouts, which you can see in this image. Bryce and I struggled that morning as the weather back in camp was socked in and raining. But with the little hope we had, we knew anything could happen in Patagonia. Oh man, did we make the right decision. Our shutters were firing off at about 8:30am, and didnt stop until well after 9:30. The colours simply didnt go away! What an incredible experience.

Marvelous capture. It was a good thing you left camp that morning to go out and shoot! 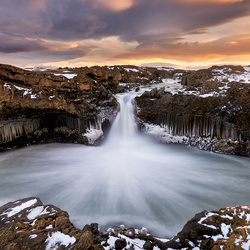 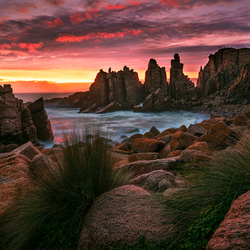 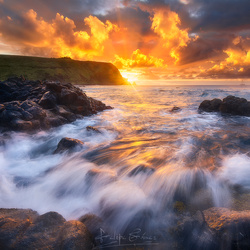 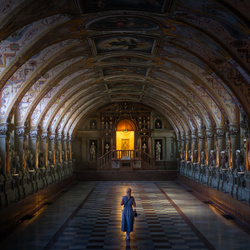 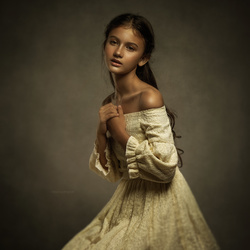 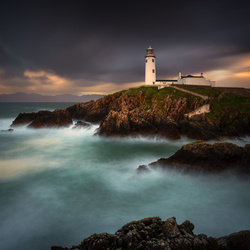