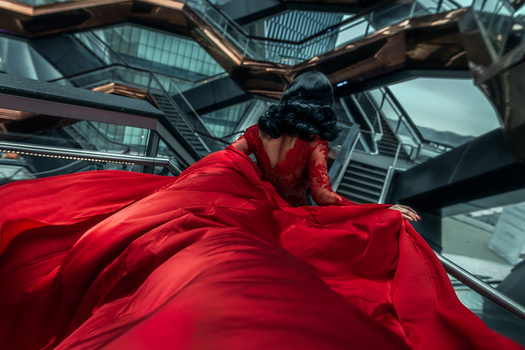 I got a message with some pictures from the newly opened #HudsonVessel last year, half asleep/half awake I replied... I'm coming. Sounds insane, but I did it.

I took a plane all the way from Armenia to New York City the next week to take this photo at the Vessel of Hudson Yards with stunning Ariel Ash as a model and a dress from a Lionnet Couture House.

Shot on Canon 5D MK II + Sigma 24mm Art with a single bare flash of Canon 580EX II as there are no modifier allowed at the location.

Superb. Looks straight out of a Sci-Fi movie. 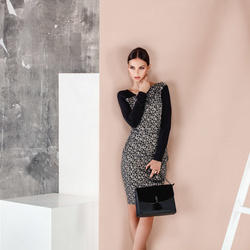 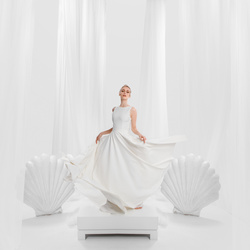 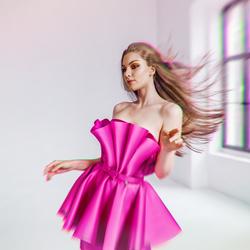