Lightroom 4.4 is now available. The update will either automatically happen through the built in update system in the software the next time you open it or you can find it online at Adobe.com or in the links I have included below. The update includes additional camera raw support, lens profiles and addresses bugs in previous versions. Read on to see the specifics for the Lightroom 4.4 update.

The following bugs that were part the Lightroom 4 releases have been corrected. The team appreciates the very detailed feedback the community has provided on Lightroom 4 and we’re excited to correct a number of issues experienced by our customers. These issues have been FIXED:

Lightroom 4.4  includes a correction to the demosaic algorithms for Fujifilm cameras with the X-Trans sensor. This specifically impacts the following cameras:

(*) Based on user feedback, the default sharpening amount applied to Fujifilm X-Pro1 and Fujifilm X-E1 raw files has been increased between Lightroom 4.4 Release Candidate and the final Lightroom 4.4 release.

Lightroom 4.4 includes a correction to the demosaic algorithms for Fujifilm cameras with the EXR sensor. This correction applies only to raw images captured using the “EXR HR” mode with the following cameras:

There are also updates to the following lens profiles 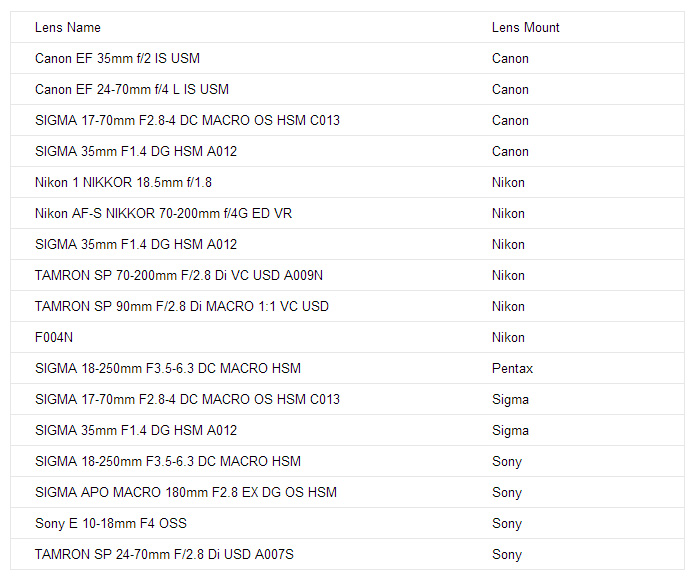 Here are the links to download the update...
Windows, Mac

In addition, the folks over at Adobe have also released an update to Camera Raw and the DNG Converter. Details about both can be found here.

So what did they miss on this update? Chime in the comments below on what features you would still love to see added into Lightroom.

The big question is if they have added suport for tethered shooting for Nikon D600 ??

oil spots? on the camera house or on the sensor? I have not had any problems

sensor? when you bought the D600? when shots already done?

Nopes no problems with the sensor at all...

The D600 and LR tethering issue is a pain in the ass. Had to resort to Capture One Pro which works perfectly tethered. The problem is that LR allows me to create a custom color profile with ColorChecker Passport and CO Pro uses their own custom profiles.

For my workflow, I prefer the ColorChecker profiles with LR and the ability to use the SLR Lounge Presets as well as the other presets I created for myself.

Adobe and Nikon need to get together for coffee and hash this out like adults. Tweaking my workflow just for tethered shooting is a huge pain. Especially when the client is looking over your shoulder.

Edit: Oh yeah, while were at it, lets please add more lens profiles. CaptureOne supports all my lenses but Adobe does not. CaptureOne has a really nice Perspective Control feature ...uhm...Adobe nope.

I'm just testing that and will let you know...

I agree, where's the tethering for the Nikon D600??? Ridiculous!

No tethering support for the D600 on my end. WTF, this is getting seriously comical that they haven't supported this yet.

Confirmed NO Tethering for D600 with lightroom 4.4

Meanwhile, there's a workaround available through Sofortbild - which is a bit like Image Capture but with a few more functions. The good news is it's free, the bad news is that it's quite slow. You can use "watched folder" function in Lightroom with it.

I've seen things like this in a few other forums... Many are ranting and unreasonable. They went out and got the D600, or immediately replaced their 7000 with a 7100. Then they're upset that a software package doesn't support it. A couple questions, are you making your living off shooting tethered to Lightroom? If so, why would you purchase a camera before confirming support in the software you tethered to previously? Why not wait to buy the camera (when it will be cheaper) until after all the compatibility has been worked out? I'm sure whatever you were doing with the old camera will work just fine for a couple months longer.

Thank you! My thing is to boost performance for LR4.

I checked the links and they are correct. Give it another go.

Am I missing something here? These lenses don't exist.

Weird. I guess it's been a while since I've followed new gear closely. That said, I'm thoroughly confused as to why someone would own that over the 24-105 (if they really like their IS) given the difference in focal length, yet same aperture. Personally, I'd take f/2.8 over IS any day of the week.

Yeah I don't understand it either, it's more expensive as well!

The 24-70 f4 has a shorter min focus distance at the long end, making a fairly nice little macro lens. Plus I think, based on a few hours of hands on, it is quite a bit sharper. Oh, and the new lens cap.

Dammit no performance boost? This is the 4th time they've ignored those performance issues.

Need to know if there is tether support for the Nikon D600. Can't test at the moment... :-(. I hope they have fixed this!

Sorry, we still cannot use tethered with D600 :(

I saw somewhere that LR 5 beta tethering recognizes the D600. I have confirmed this with Win 7 64 on my computer.