Earlier today news broke out about Nokia and their Lumia 920 simulation video not being exactly forthright. The video before the shameful reveal had no indication that it wasn't filmed with the actual product that it was marketing. When reddit.com  users got their hands on the video they quickly noticed that the reflection in the video is not of a person filming with a mobile phone on a bicycle, but of a man in a van with what looks to be at least a DSLR sized camera with what seems to be some type of Gyro-stabilization system. 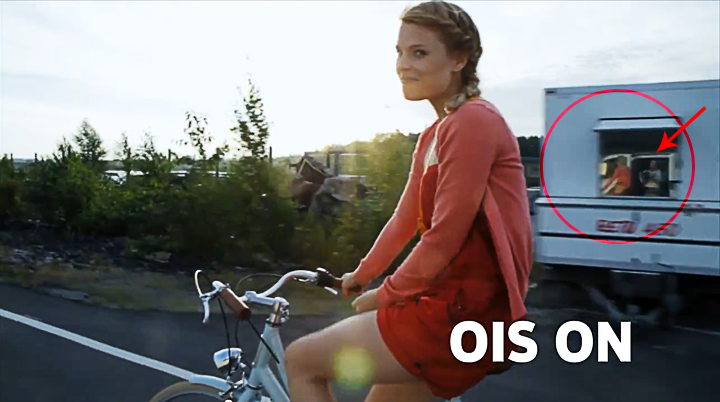 Nokia has released an official apology on their blog stating  that they never meant to mislead people and that the video was only meant as a 'representation of OIS'. I believe Nokia wasn't expecting to be caught with their pants around their ankles and were rushing to rectify the situation. Check the video starting at 0:27 and watch the reflection closely. How do you feel about Nokia's 'slip'? Will this deter you from trusting the company or are you willing to let the mishap slide? Comment below and let us know. 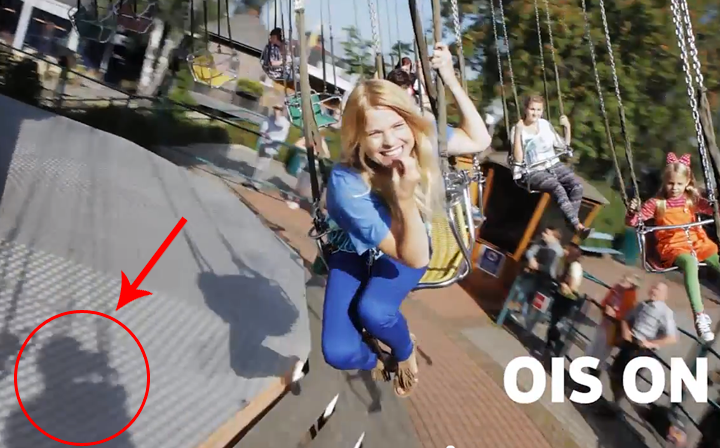 Update: One of our readers shared this very funny meme on the subject of Nokia's indiscretion and we just had to share. Thank you, Mikko Laitinen.

Gear / January 3, 2020
Why the Best Camera for Beginners Isn't Their Phone

Not only there, but you can also tell that from the Carousel; the Shadow of where the guy should be is completely different. Instead of the figure of a man 'holding a camera', it is instead a specially rigged camera on one of those seats... @ roughly 0:48

You are absolutely correct. *shakes head*

Shame on them, kind of reminds me of our politicians, smoke and mirrors.

even the stills look to be like it was taken with a dslr with strobes.. notice the bokeh from the shakey OIS-Off as compared to OIS-On.. star like bokeh are abit too much for a phone camera i'd say.. -my2cents

The eyes don't lie. Just look at the reflection of light in her eyes. You can that a single light source flash was used, round, not square. Must have been an umbrella, because it is diffused some.

The carousel footage is also slow-motion. While it's possible to slow footage from phones (and maybe Nokia has a slow-mo option built in) that is not at all an honest indication of the general use. And the still photos are not even close to cell-phone quality.

I wonder if there are any BTS of Apple's videos for the iPhone/iPod nano when they first had video and stabilization. It always looked better than what I could get even with a shoulder mount.

And the message is. . . . Don't try and fool photographers. We tend to notice the little details that people who just take snaps miss.

Did make me laugh though

ha ha, you can see at 1:13 the shadow and perfectly white light created by strobe, dirty cheats

That shows you exactly what the company cares about...

I really wish they would more readily truly demonstrate the phone's camera rather than a faked representation. However, they did release a legitimate comparison later on, and it looks quite impressive. The stabilizer really works. Time will tell if the stabilizer can stack up to these "representations", though.

Wtf the photos are the worst.. they are definitely lit with speedlites, there is no way that cameraphone could shoot that well in practical light... this whole thing feels like a 1980's McDonalds ad

Here's a behind-the-scenes photo from their still photo session. Notice the lens of a DSLR or another similar size camera on the left:

they all lie and Nokia is no different but they got caught. I think I saw Nikon used a promo video for Nikon cameras produced with Canon cameras.

Thanks Ville!
Don`t know, quite possible that Nokia is still a darn good mobile camera. But now we can all learn a lesson on whats happens when you`re lieing: You get caught. Always.

Thanks Ville!
Don`t know, quite possible that Nokia is still a darn good mobile camera. But now we can all learn a lesson on what happens when you`re lieing: You get caught. Always.

And that's how you get people talking ;)

This is filmed on a DSLR, a good indication other then seeing the shadow of the DSLR and the man holding it out side of a moving truck is the color change as well as the crop factor. They shot this pry with a full frame sensor camera like the canon 5DM3 or 2.   The reason why this is a huge issue is because its false advertisement, people can sue the company for doing this. Also it effects the investors, even this post on Fstoppers can really mess up this company because people will now speculate on if this is a nice phone or not and now lose trust with their products.

Wow. Yeah, even before I knew this commercial footage was faked I was extremely skeptical that a mobile could perform that well.

As a marketing person myself, this isn't marketing. This is lying. There is a difference, even if the public has a hard time discerning one. It's stuff like this that gives marketing a bad representation.

You're all going to feel so stupid when this camera arrives and its the size of a loaf of bread!

HAW! I can picture it now..... even comes with 2 week free rental of a large white van with the side door removed.

Maybe the phone was INSIDE the DSLR... ;)

I thought this phone is great but when I saw this... what a shame! even the last part.. of course it will be better picture bec it has a very good light! Do they really think that we're that stupid to notice those things?

@pable serrano... yup i think I know what you're talking about... is it the flight snow boarding trailer?:)) when it comes to video... I prefer canon, put with stills I still choose nikon, its just my opinion:))

All kinds of companies do this kind of thing ALL THE TIME... I see no reason to harsh out on Nokia. The MacDonalds reference earlier was a great example... they have photos of their burgers right up over the counters, but have you EVER seen a burger like that in your lunch? No. It's a representation of what is *in* your burger, not exactly what your burger will look like. This video is a representation of the idea of how OIS functions and the kind of results it provides, and does NOT claim to have been filmed on a cell phone.

The whole idea of Nokia getting sued by consumers for this advert' is daft. Yes, some cultures are pathologically litigious and like to drag anyone and everyone though convoluted legal systems, but the vast majority of the world sees this as disdainful and completely unnecessary, IMHO. Make sure you sue McDonalds first... then Apple for their SIRI adverts, then SubWay for their menu, then every skin-care product manufacturer ... etc ....etc .... etc.....

It's Nokia's new FOS (Full Of Sh%t). All kidding aside, how can you really trust any company? Their aim is to make money and if false advertising gets them to that goal then of course they're going to do it. Remember, companies will usually spend a ton of money on advertising to try and convince consumers that their products are great and that they really care before they'd think of spending a dime on actually making that a reality.