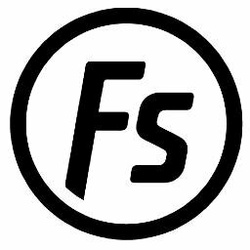 This member has no rating 0
Fstoppers Editorial Team
Twitter
Menu

New Zealand photographer Tom Hollow has an interesting photo series titled "Love Lost." Tom took an old couch, put a bride on it, set it on fire, and took pictures of the whole thing. Tom initially just thought it would be a fun idea for a shoot. It wasn't until after the session he realized he could do something more with the images.

Being a family photographer is hard. Ask anyone who does it or who has tried it. But it's also one of the most rewarding fields of photography - in my opinion at least. Family photos are a treasure in most families. They showcase who your loved ones were at the time they were taken, they show off your kids' personalities, and most importantly, they bring to life memories of loved ones that have passed. These tips I've explained within will help elevate your family photography to a new level.

It seems as if the film edit is getting more popular every day. A lot of beginner photographers out there will do anything to achieve this look. The easiest way to do that is to buy presets but I want to show you how to create the look yourself. I believe once you understand how to create the look yourself you can begin to find your own style. I know too many photographers that take an image, slap a preset on it, and call it good. All the editing on these images was done in Lightroom 5.

Fstoppers has partnered with the awesome folks at ViewBug to bring you sweet, sweet contests weekly! This week we want you to win a Canon Rebel T5i, 18-55mm Lens and 32GB EyeFi Mobi as well as 3 months free Eyefi Cloud membership and the opportunity to be featured in an Eyefi advertising campaign or on their website! This is easily one of the best prizes we have been able to offer, so don't miss out!

After releasing the last main scene for her story, Kirsty Mitchell's wonderland series is finally drawing to a close. She spent months creating the art work which she shows you in the behind the scenes photos and video. The series was started in 2009 as a memory to her mother that passed away and has evolved with time into something beautiful. Her images are painstakingly put together over months until the perfect time comes for her to capture the magic she has prepared.

With the brand new Fstoppers website, everyone can now upload a portfolio to a profile for the world to comment and rate your photos. After just a couple of days from launch Jaime Ibarra's photos exploded onto the front page, with a whole series of popular photos and with good reason. His photos are a beautiful combination of emotion, concept and color that you cant help but be stunned.