Don't Overlook the Value of the Canon EOS RP

Mirrorless cameras have become incredibly advanced in the last few years, but not all of us need top-shelf features in our primary or secondary bodies. For Canon shooters, the EOS RP offers full frame mirrorless at a very affordable price, and this great video review discusses why it is still a relevant body a few years after its release.

Coming to you from Jacek Sopotnicki, this excellent video review takes a look at the Canon EOS RP. The EOS RP was released back in 2019, but for under $1,000 new or even cheaper on the used market, it remains a great value and one of the cheapest ways to get into full frame mirrorless. One particular advantage is that Canon's mirrorless cameras work seamlessly with EF lenses via adapters, meaning you do not need to purchase new RF lenses if you would rather to continue to use your existing EF lens library. While Canon certainly had to make some cuts and adjustments to the body in order to get it to its price point, it is a great option as a backup camera or a primary device for someone who does not need more advanced features. Check out the video above for the full rundown from Sopotnicki. 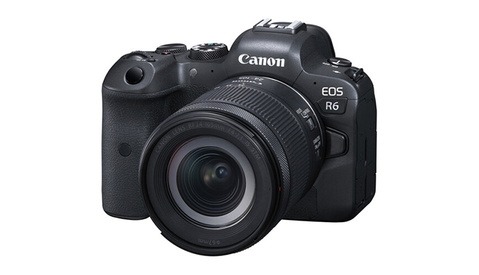 I love my RP. It gets a lot of flak by industry critics, but they don't understand who this camera is for. As someone looking to stay within the Canon ecosystem and upgrading from a crop sensor camera, it was perfect for me. And bonus, it uses the same battery as the camera I was upgrading from.

As the sensor is the same as in the 6Dii which I owned, it does it's job pretty well. Only those who tend to lift shadows without end complain.

I love my RP, too. Upgraded from a crop sensor as well. Fits great in my hands, can use the EF lenses gifted to me by my brother (thanks again, Jim), and renders very nice colors.

I love the RP as a concept, but they should have put a better sensor in it, the 26mpx they used, which is the same of the 6DII, was already obsolete when they used in the reflex, in 2019 mirrorless it's just ridiculous.
I'd have probably bought an RP if it had the 20mpx sensor of the R6, which is a fantastic camera built around a really good sensor but it has lots of stuff I don't need.

It’s an incredible camera so when I see reviews panning it, I know it’s due to bias. The design is superb, the ergonomics are class leading, focusing is fast and accurate, the touch flip screen is one of the best I have ever used, colors and tones are top notch and the per pixel level of detail is stunning. Canons menu systems continue to be the easiest to navigate. Nope it won’t beat a Sony Axxx on paper, but it will reward you with much better looking images.

I bought an RP on launch day to dip my toe in the mirrorless water. In my case it ended up going to my wife; she does Zoom and Teams meetings every day for work and it makes a very nice camera for video meetings. People comment to her all the time how much better her stream looks than the average laptop up the nose feed most people have. My particular issue with the RP is that I am left-eye dominant so trying to move the focus point with my right thumb meant that I was jabbing my thumb into my right eye all the time. It was an ergonomic nightmare with anything but a 40mm pancake lens if I tried to use my left thumb to change the focus point because there was no way to properly support a heavier lens. The price has come down since I bought it, and it is a very nice FF camera for the price. I would probably buy it again if I need another FF video meeting camera. Otherwise, I'll need to have a joystick on my next mirrorless body.

The Nikon z5 is a better value right now. I had to buy it since Canon did not release a RP successor and the Nikon is on sale.

Battery life is terrible, though, so it's a no-go for me.

It was a gift for me but I probably would've bought it anyway as it fit my budget and seemed to be a nice upgrade from my 77D which is still a great camera. I was really happy to find out they share batteries, but it would have been nice to have a larger capacity.

One HUGE bug - sometimes when the ISO is set to say 100 it decides that it wants to change to auto ISO on it's own and blow out my shots! Not cool when doing once in a lifetime photos so if I have something critical I'll use my 77D and the RP plays 2nd fiddle. When i do use it I check the ISO before shooting to make sure it doesn't read 1600 or something above what I set. I also tend to slow down and review shots more often. As of now there has been no firmware update for this issue. Does anyone else have this problem???

My first RP I had to return because it refused to focus properly with Canon's own EF adapter or a 3rd party.

Besides the ISO bug, I love it - ergonomics, features, customization, though I feel it could have better dynamic range.

Personally I think the RP is an absolute star of a camera considering its place in the market, there are endless criticisms of it from folks that have read reviews, 'battery life is rubbish' 'video isn't very good' and so on and so on, I believe it was a holding piece before canon could get the R5/6 to market. I think it has the last of the DSLR sensors before canon could market a more modern sensor, even so it's a star camera for its place, picture quality it fantastic if you put the right lenses on it, (as with any camera) people slate battery life, but coming from 4 years or so of Olympus, and use of Pentax, Sony and Nikon it's no worse particularly than any of them, personally the extra 10mm grip should have been in the body originally, but that's because I have big hands, yes a longer battery life would be good, but tell me any camera that that isn't the case! IBIS, yes obviously, but for that price I will throw in a spare unicorn! Joystick might be useful but my thumb is perfectly mobile and I haven't got any concerns about thumb strain. There are so many things that would be nice, but then you have invented the R6, it's a cracker of a camera, for the £1000 bracket it's absolutely perfect.

I first considered the RP in 2019, but went with the slightly more expensive 5DS and built a system of EF L lenses ranging from 24 to 400mm. When I choose my backup, it was an used 6D. It never made sense to buy new RF L lenses, other than maybe the RF 24-105mm 4.0L IS that used to be discounted in the kits. But now they discount the non-L, variable aperture version that goes to 7.1. Still the 1.7x 4K crop renders 24mm around 40mm, really not ideal for video.

The next time I considered it, was when taking a dip in MIL technology during 2020, but went with the 40% more expensive A7R II. The reasons being I like shooting with higher resolution cameras (like the 5DS and D800) that can take advantage of better lenses and give a lot potential for cropping, lack of IBIS in the RP, 4K video on FF and super 35 formats vs heavy crop on Canon and that Sony has some well made very compact lenses that look better on a smaller mount diameter (I have the Sony Zeiss 55mm 1.8, but will also get the Sony Zeiss 35mm 2.8 for sure, and maybe the Sony G 24mm 2.8, Sony 85mm 1.8 and Tamron 70-180mm 2.8). Then Sony has the Sony G 200-600mm 5.6-6.3 OSS that zooms and focuses internally and is far less expensive than the Canon RF 100-500mm 4.5-7.1L IS. Sony offers full AF compatibility with both, my EF and F systems. I can get my F Zeiss ZF.2 and Nikon AI-S to AF in the Sony, something that can't be done with the any Canon RF camera. Then, I almost bought an used Leica Q, but the A7R II with the Sony Zeiss 35mm 2.8 lens made more sense. Finally, I can put an OTG adapter to my Android phone and use qDSLR Dashboard to make the phone act like bigger external monitor and add tons of functionality, which isn't available for Canon RF cameras.

Today, I think the Nikon Z5 is a better camera than the RP. Slightly better sensor, 2 SD card slots, bigger battery and other benefits. And there are adapters for FE, EF and Nikon's own adapter for F lenses though it only AF AF-S lenses. But on the flip side there are adapters for the Z-mount that can AF AI/AI-S, also AF/AF-D lenses without AF-S.

I think may get a RF (and Z) camera in the future, but it won't be the RP. Maybe when the R6 takes a price dive. That camera looks like a poor men's 1DX III or A9 II.

I was shocked to read Ken Rockwell says the RP is much better than the A7 III, though IMO he may have a really strong pro-Canon bias. Sometimes I wonder if Canon and Sony marketing guys say, "let's sink down this in the mind of potential consumers", and then Internet influencers start having this really unusual takes one after another. Magically, the grip feel, color rocket science and menu structure takes clear precedence over 2x the battery life, more than 5 extra frames per second, far wider range of available lenses, better AF, full frame 4K, IBIS and the extra SD card slot . . .