During my time as a professional fine-art landscape photographer, I've come to appreciate the moody and somber aspects of photography more than those bursting sunsets. You can find me in the forest or on the beach in the harshest of conditions or in low-light. However, I'm a real sucker for mountains; mainly because we don't have those here in the Netherlands, but there's something in the interplay between the land and the sky that goes on in mountainscapes that I find truly attractive.

Your destination is very much determined by the material, age, and shape of the mountains in a specific range. Without diving into geology too much, hard mountains are shaped more smoothly than relatively soft mountains. Take this example from the Cairngorm plateau for example, where hard granite is dominant.

Expect rounded domes in areas where glaciers eroded away the hardest of materials. Conversely, mountains that are relatively young and soft are eroded more effectively by water, which makes them jagged. Dolomite rock is a good example for this and it’s where the Dolomites get their name. 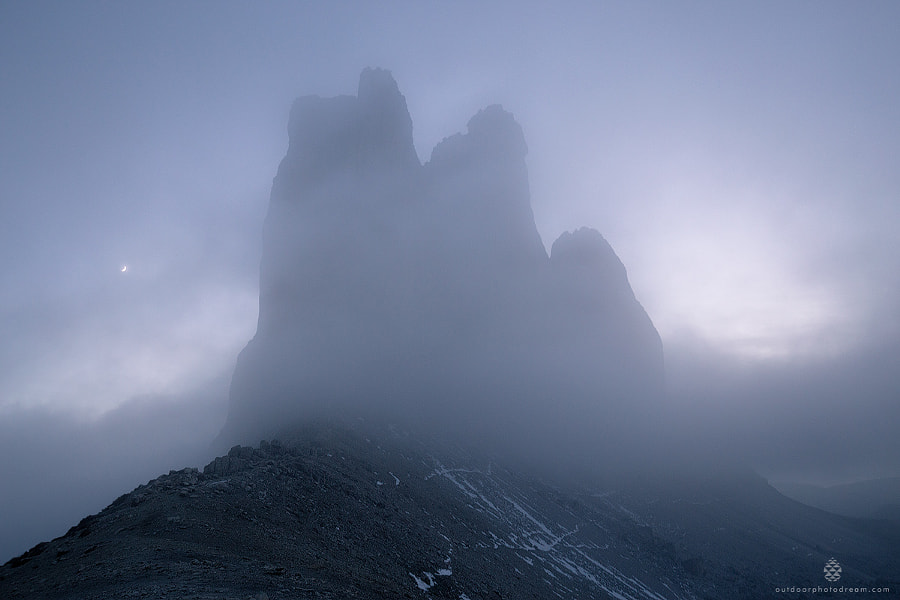 The Big Shyness by Federico Antonello via 500px

If you’re more of a hiker than a climber, it’s a good idea to start with smooth mountains. More interesting viewpoints can be achieved rather easily.

To bring more variation in your portfolio, it’s a good idea to mix up viewpoints and perspectives. From down below, the base of the mountain will look more massive than its peak. This will make the mountain appear to be looming overhead. If you can increase your altitude relative to the mountain you’re imaging, the summits will be more prominent and some interesting details could appear that otherwise would stay hidden. Increasing your altitude isn’t without danger, though, but in some cases (especially in the Alps), you can hitch a ride to the top with a cable car. I recommend a hike up the slope, since there’s nothing like the fresh air and you’ll never know what hidden gems you might find on your way up. 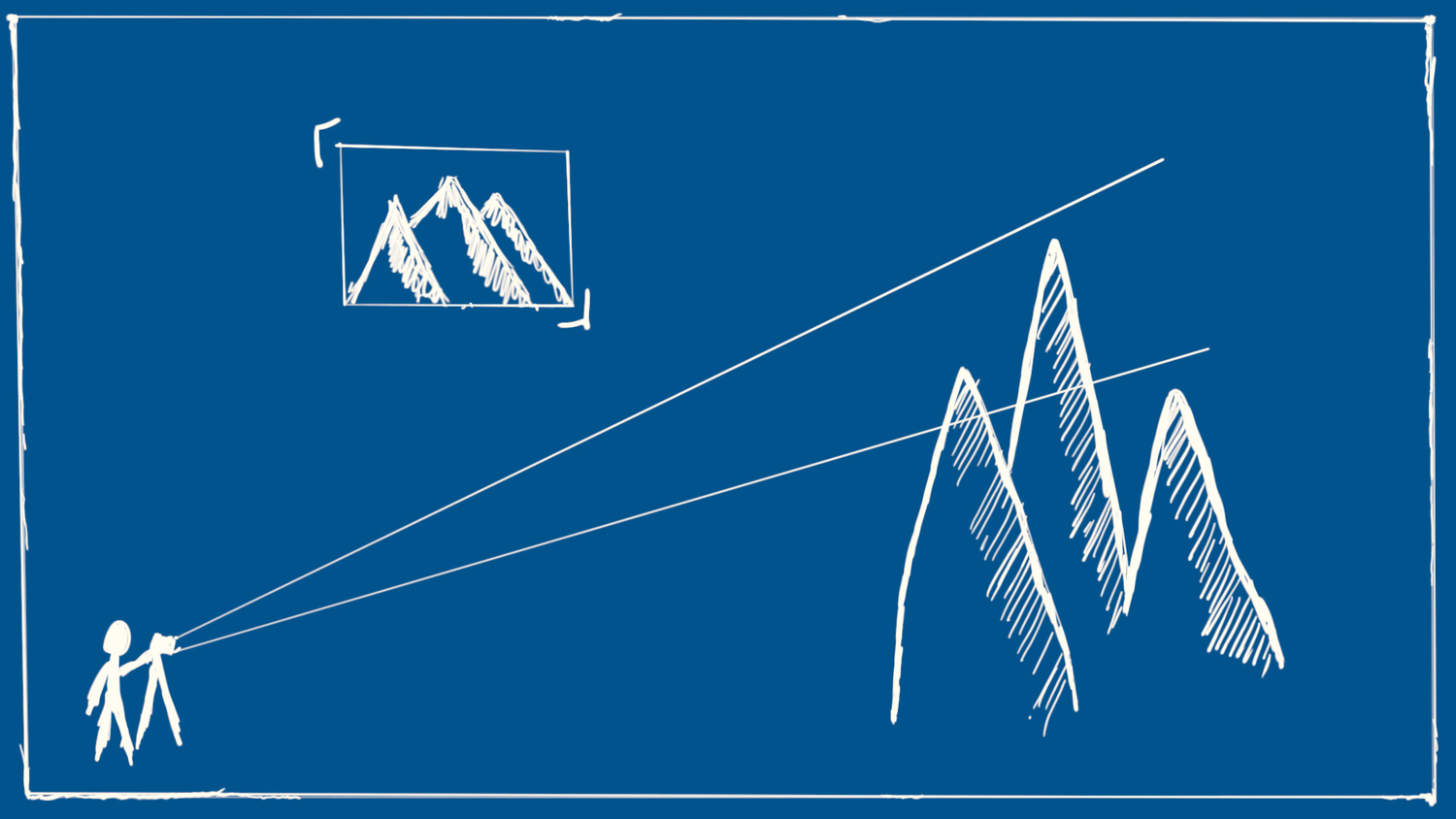 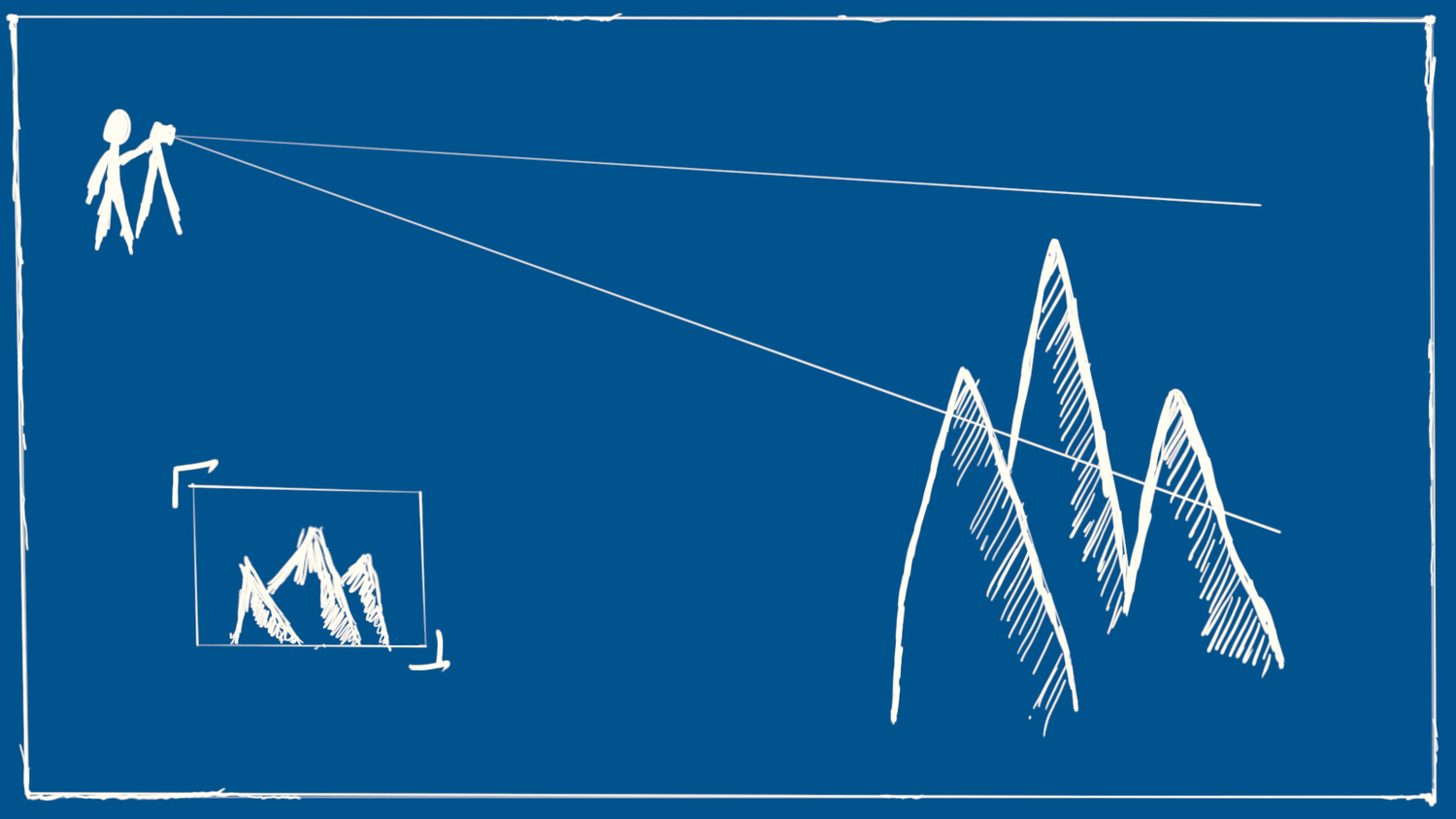 A mountain shot like the ones that only show the summit benefits from the use of a telephoto lens. Some of the best examples I've seen are shot at 300-600(!) mm — definitely not wide-angle lenses. 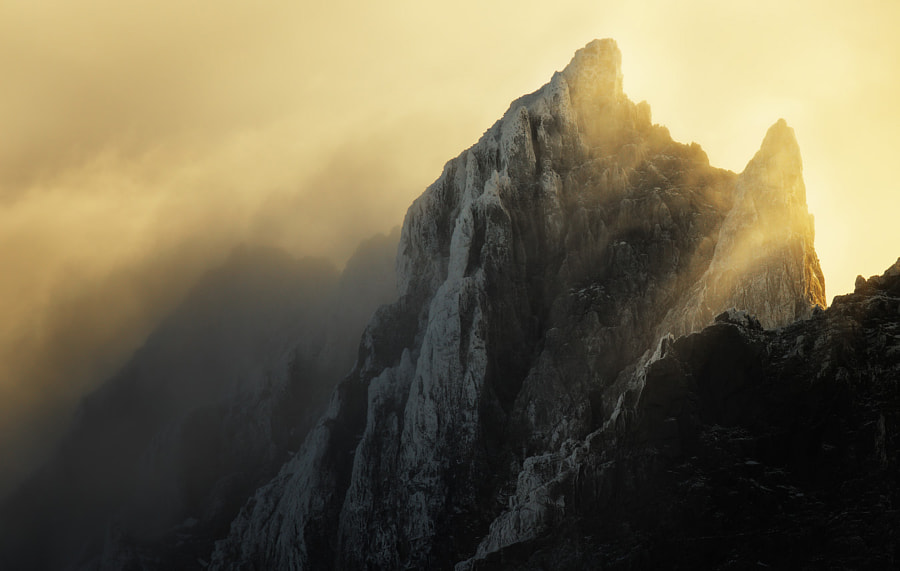 The Unfolding by ALEXANDRE DESCHAUMES via 500px

Deschaumes’ work is of huge inspiration to me personally, not in the least because his mountain shots always seem to come straight from Mordor.

Dragging a telescope like that up a mountain is admirable, but a less hefty wide-angle does have its place in this genre. Should you want to incorporate a foreground, a wide-angle’s distortion is exactly what you would want, since that enhances the apparent height of the mountains. Dramatic foregrounds can then be part of the composition as well, although getting them as sharp at minimum focus distance is challenging. 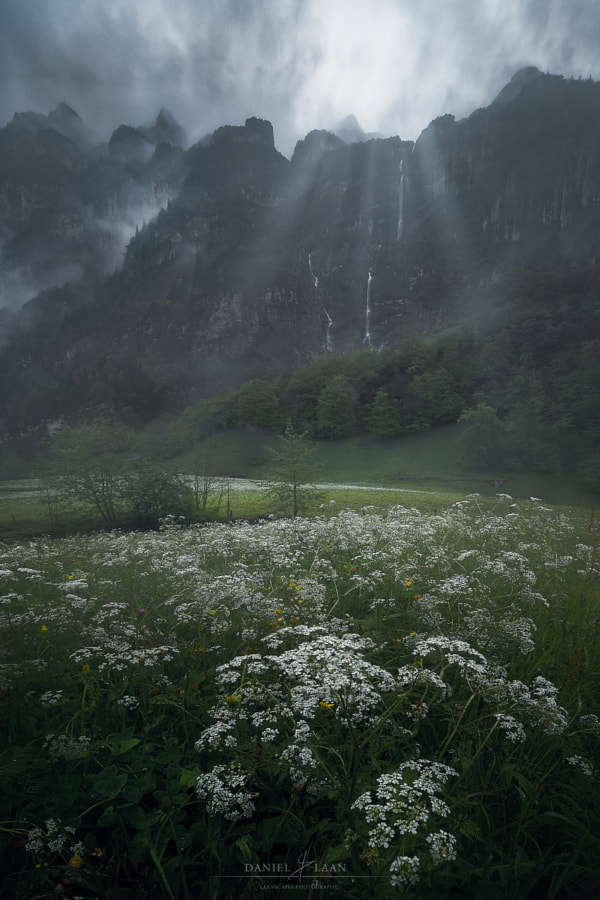 Land of the Lost by Daniel Laan via 500px

I’ve kept a record of the most stunning telephoto mountain shots over the years in a gallery called “Ghostly Mountains” on 500px. Here's a selection. Do follow these guys and gals, because their work includes regular uploads of these spectacular subjects. 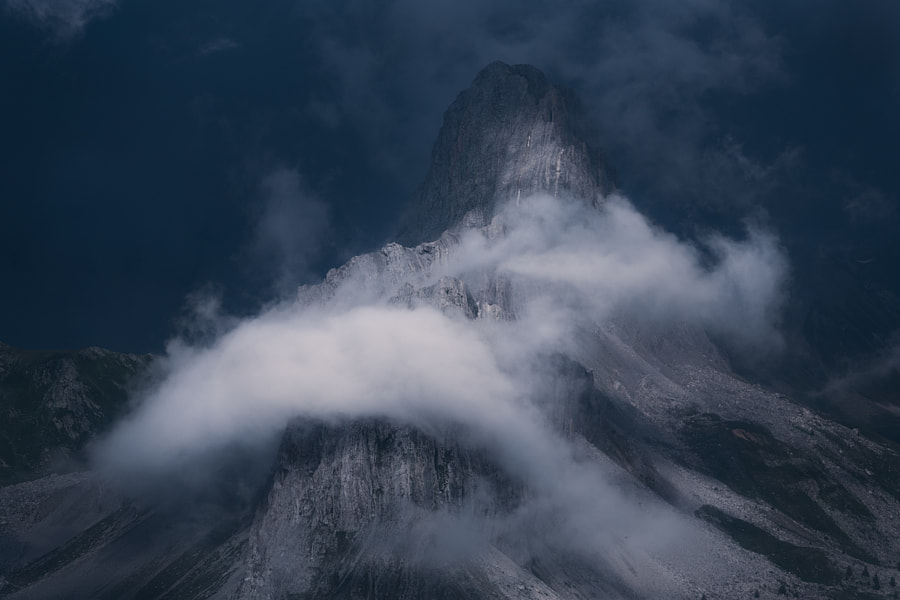 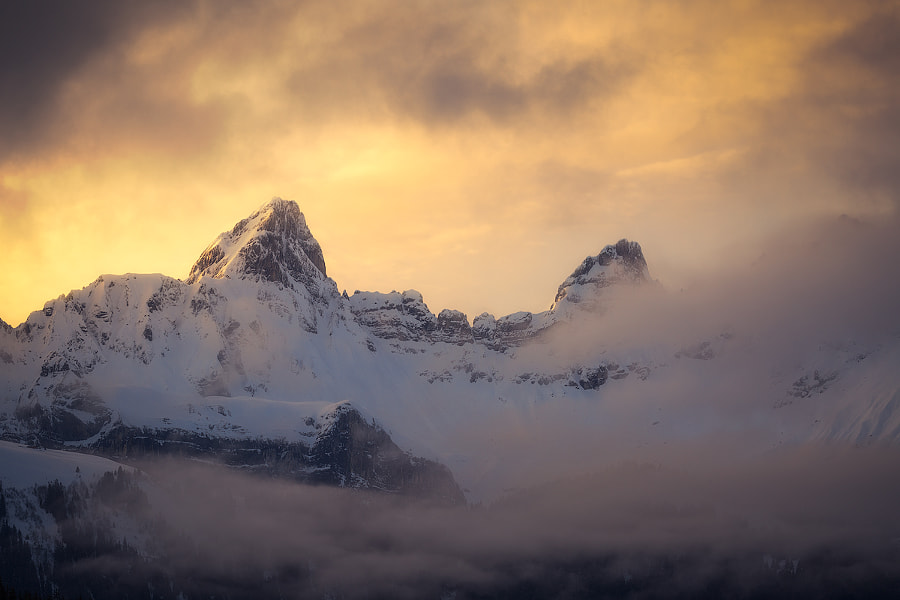 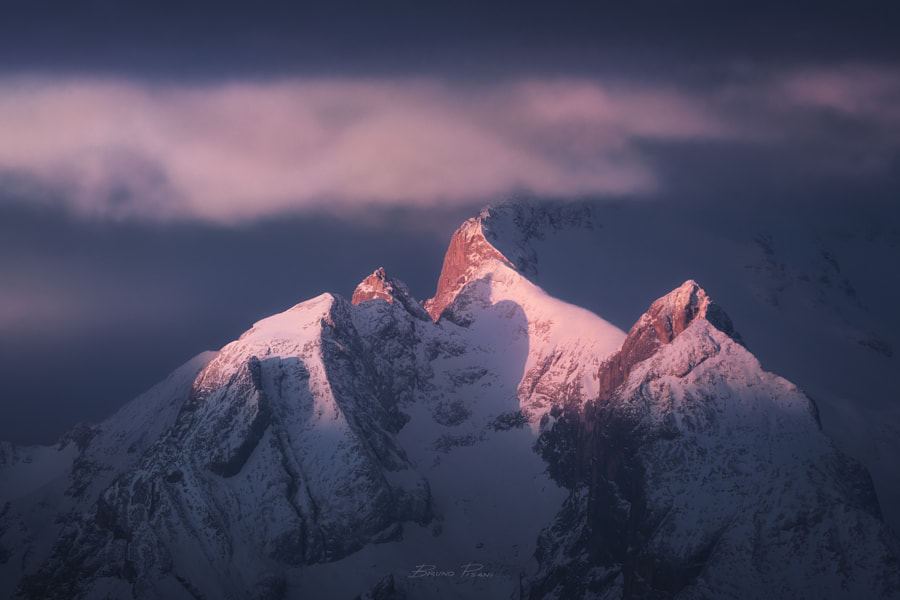 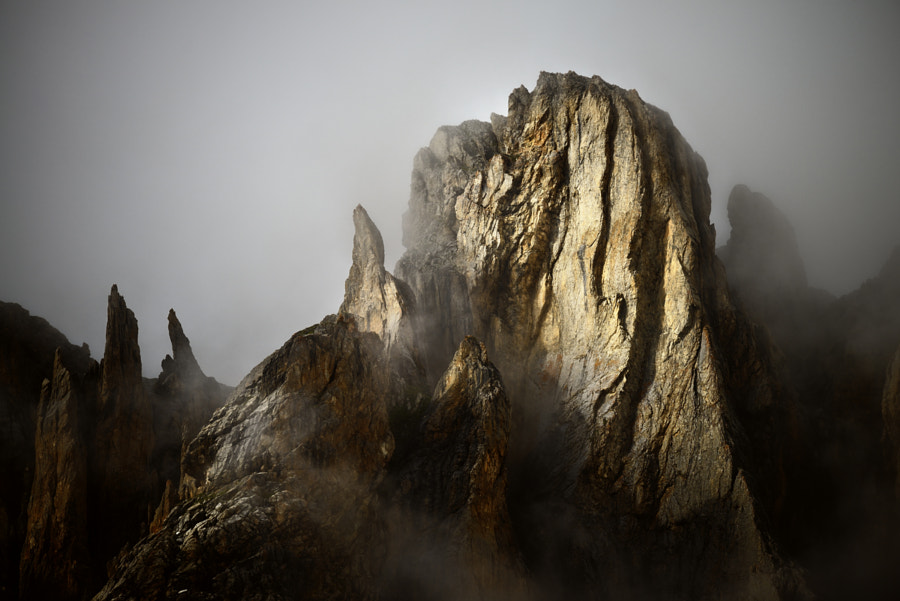 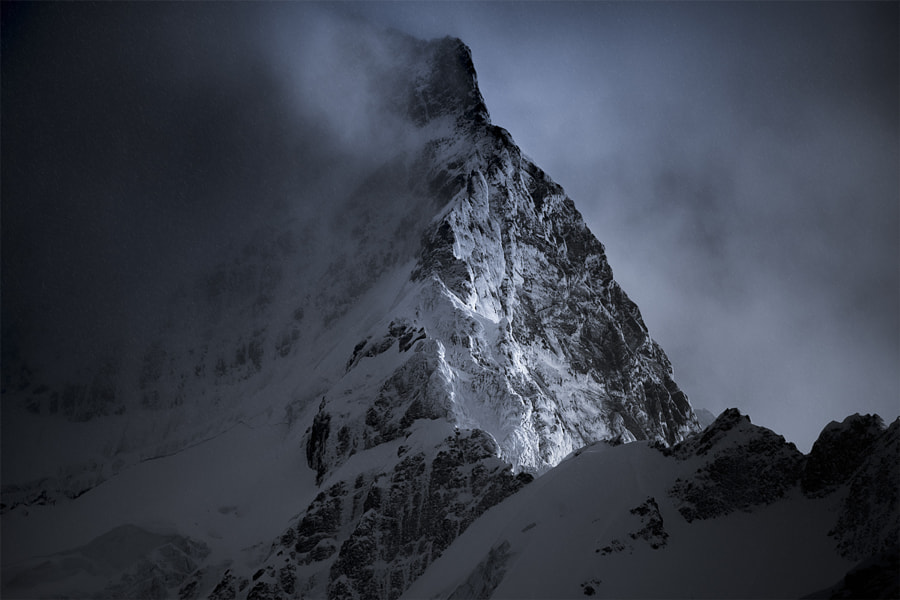 Echoes of the past by William Patino via 500px 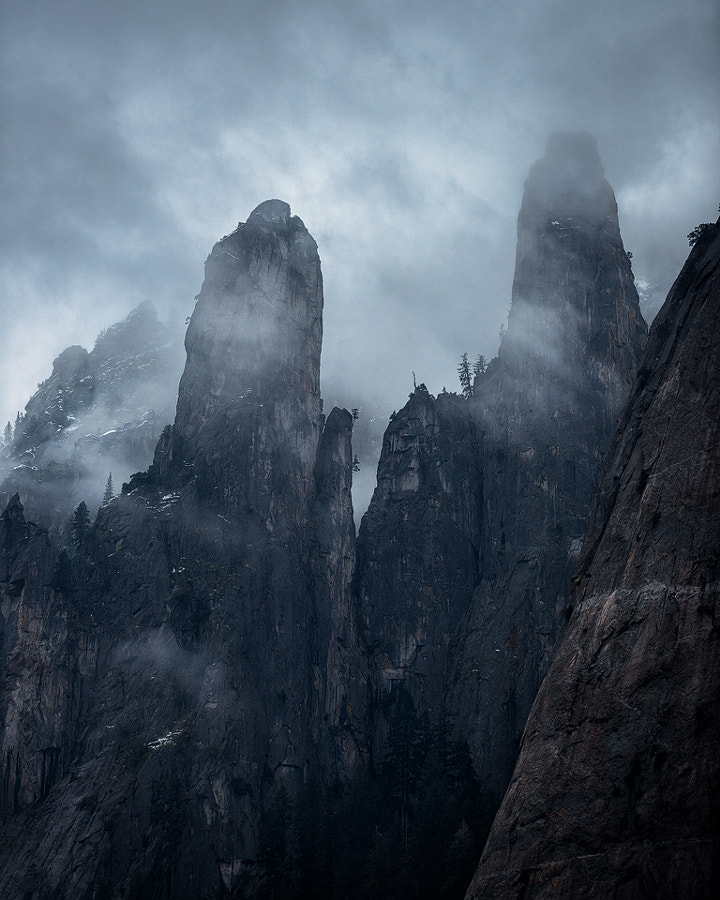 Twin Peaks in Yosemite by Michael Bandy via 500px 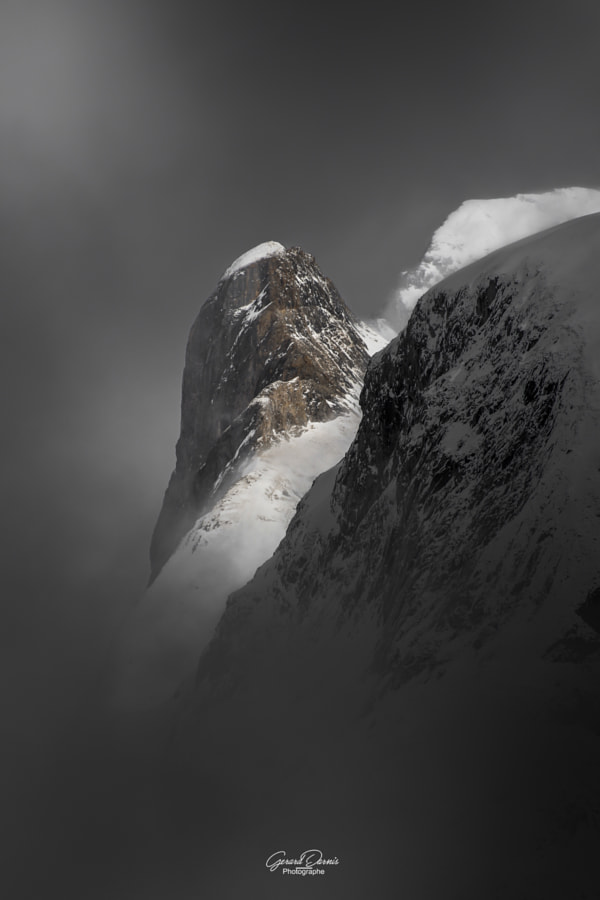 Aiguille of the Vanoise by Gérard Darnis via 500px 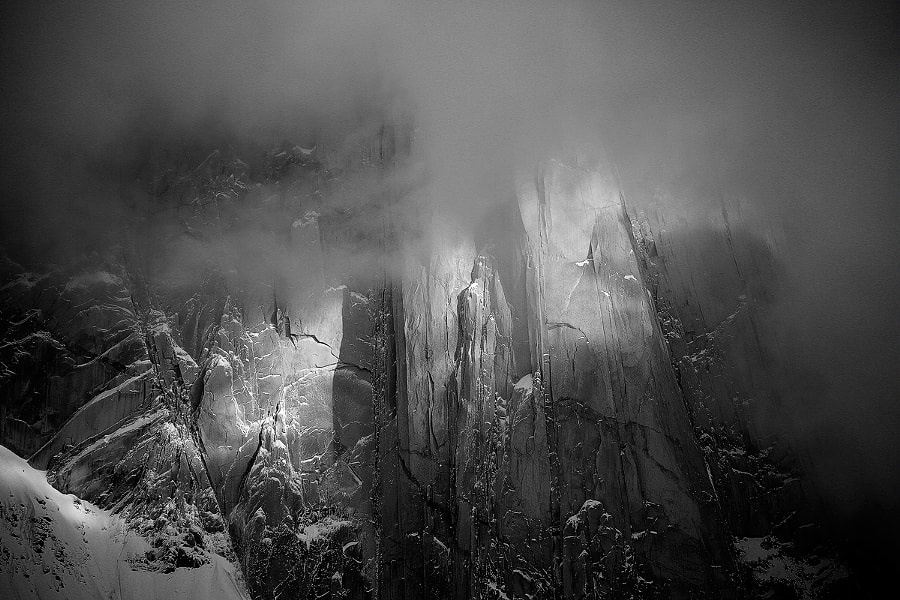 Vertical by Fred Bucheton via 500px

My creative vision to engage in the development of mystical atmospheres is at an all-time high, but I'm a firm believer in the plasticity of art. There comes a time when you'll want to explore other areas, other subjects, and other ways of processing as well. That's all fine, since painters had their artistic periods as well. Mountain photography is definitely worth exploring, but take care of yourself in this pursuit, because it’s not a genre without its hazards. I hope that you will read between the sky and the land and see the potential for ethereal photography someday too.

Amazing shots and I also am attracted to these kinds of landscape photos. Like you, though, I don't live near any mountains. :-(

That's too bad, Pat. All my holidays have some sort of mountainrange within a few miles, though. Is that true for you as well? :D

Sometimes. My wife and I go to Japan every year or so (her family is there) so sometimes we'll see some mountains (Nagano, Mt. Fuji) but nothing like those in your photos. In mid May, I'll be visiting my daughter near Seattle WA so I'll go to some of the mountains out there.

Both of those locations are excellent! I'm sure you'll have the opportunity to see clouds touching the summits. :) May isn't too far off now and flowers are at an alltime high then. Better bring that wide-angle too. ;)

These are incredible. Brilliant work! I love the mood, lighting and overall atmospheric vibe. Very inspirational.