Urban Hippie is an award winning fashion-short film that is also a Vimeo staff pick. I was immediately engaged by the visuals that depict a girl's journey into her imagination. There is so much energy and life in the video that it's a must watch. The way each moment was shot was meticulous and every frame could be a photograph of its own. It recent won the the best experimental film at the LA Cinema Festival and the best visual effects award at the La Jolla Fashion Film Festival.

“The fashion-short movie depicts a young girl's journey to the realms of her deepest imagination. In the first act we experience her feelings of loneliness. She is longing for love, light, the unknown, a world yet to be discovered behind the web that entangles the tender bird of her existence - her desire for freedom is symbolized by the delicate beauty of wings and feathers.

When she receives a letter, her day-dreaming is ignited by the anticipation of his love in the form of elements and motions representing thoughts, images of freedom, flying, love, colors, energy, strength - intensifying and finally exploding. This image slowly fades back to a dull surreal scene where she finally awakes.”

You can see a full list of awards, nominations, and full credits here:
https://vimeo.com/67676730 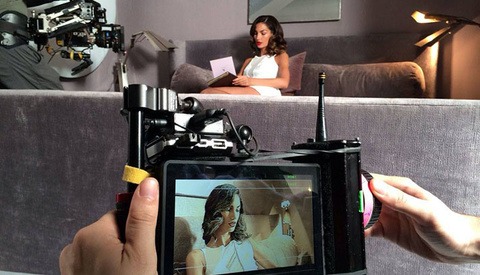 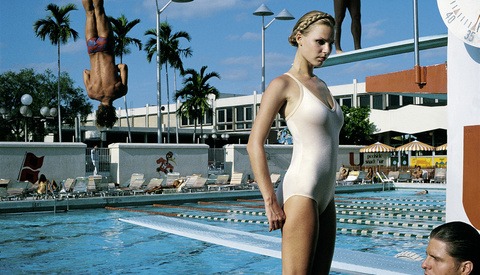 Fashion / July 24, 2020
The Bad and the Beautiful: Where Does Helmut Newton Fit Into Our New World?

This embodies all artist of the current 20 something generation! Such wonderful everything in this!

yes it does! all artists of the current 20 something generation = everyone with instagram.

I can't wait till this hipster washed over post-pro lighting effect goes out of style. I'm sick of these blue jean commercials.

reminds me of this http://www.youtube.com/watch?v=e9tAjoKj7q0

This is great, young people being creative AND funny!

Yeah I think they nailed it!

Why is it that the people that romanticize an era were not born or lived through that era? The grass is always greener I guess...

Or is it just that now we have access to more terrible music, hmm? There needs to be an academic study done on this.

Wow, people are so snooty when it comes to "omg 20-something hipsters with Instagram."

Personally, I love videos like this. The aesthetics are intriguing and in many cases throughout the video, beautiful. It's emotive and surreal. I believe these were the intentions of the producer/director/DoP.

Granted, I don't enjoy ALL photos and video being washed out and reminiscent of a time that the creators never lived in, BUT, I don't think it's fair to undermine this particular work with our jaded snarkiness about the "damned youths everywhere."

HA! I'm 52 and I can shoot a PERFECTLY exposed image and retouch it to add even more "perfection" but I find such snottiness towards the younger artists, and in particular with the whole instagram thing. Tell you what, I find considerably more compelling and interesting images on instagram ( sure there is crap as well) than on 500 or flicker etc... much of which is staged, self-conscious and deadly boring.

What the hell is wrong with using filters? Is the image moving, interesting, compelling? if yes, then move on, put your $10,000 worth of gear to better use by making good images rather than a steady stream of technically perfect "I shot this model with a tree branch in her hair" stuff, who cares? Photography is about a lot more than filters or styles. It's about moments, and young people have a great knack for moments because they are enthusiastic about life, not bored with it. I salute them and look up to them.

And the perfect follow-up video for when you catch yourself taking it all too seriously...

Not keen. Just felt like an introduction to something more substantial - kept expecting it to go somewhere.

Why is the word "Urban" in the title? This looks more like a return to nature while simultaneously being IN nature. I found it beautiful but frustrating.

Maybe because real hippies wouldn't dream of carving their initials in a tree or letting all that colored smoke in the air. :-)

This gave me goosebumps. To the ones complaining, it must be hard for you to watch anything without criticizing it.