DJI Phantom 4 Is An Entirely New Beast and Looks Like It, Too

Over the last few years, there just haven't been that many massive updates to DJI's Phantom drone lineup. The biggest was perhaps the inclusion of its own camera when it ditched the need to add a GoPro to the bundle. But just looking at today's Phantom 4 design is enough to indicate the major steps DJI took to step into an entirely new generation of autonomy. Featuring class-leading obstacle avoidance and autonomous flying modes, the Phantom 4 is so good that people are afraid of the implications of never actually having to learn to pilot a drone.

The Phantom 4's newest autonomous features, TapFly and ActiveTrack, are what really set it apart from its predecessors. And the implementation of these features are what could set it apart from its competitors. Four additional cameras and new ultrasonic sensors help with an all-new obstacle avoidance system.

With TapFly, flying to any point within the camera's view is as easy tapping a point on the live view screen. But you can now safely travel beyond what's in view. With a total flight distance of up to five kilometers and its new obstacle avoidance system, you can set a maximum distance for the Phantom 4 to fly, and then use TapFly to go beyond and around obstacles without user input.

ActiveTrack takes subject-tracking to a whole new level by recognizing and tracking 3D objects (such as people), regardless of orientation and without the need for any kind of tracking device. This enables tracking any person (or animal) with ease. Orbiting a subject is also easier. And while it does require the use of the remote controller, all that you need to do is select your subject and hold down one joystick to rotate around that subject (The Verge has a great video that goes through these features, below).

According to FAA guidelines and DJI's own disclaimers, these new features do, of course, "require" that you are able to operate the drone manually with the remote controller at any point in order to take control in an emergency situation. Naturally, many will undoubtedly fly the Phantom 4 without this knowledge, but its new sensors and technologies at least make it safer than ever before, as Return to Home also now employs the obstacle avoidance features. And for those that do take the time to become extremely proficient in remote control use, the Phantom 4 features a Sport mode that will take the drone up to 45 miles per hour from its normally electronically limited 35 mile-per-hour top speed.

Along with the Phantom 4's sleeker design comes an all-new eight-element lens in front of a new 4K camera that can shoot up to 30 frames per second in full resolution or 1080p at 120fps. The gimbal is sturdier with an additional motor and reinforced design. And the new sensors help the Phantom 4 maintain perfect position while hovering.

Meanwhile, although weight has increased by 100 grams, aerodynamic improvements and the larger battery responsible for the weight gain lead to an increased flight time of 28 minutes over the previous generation's 25 minutes. 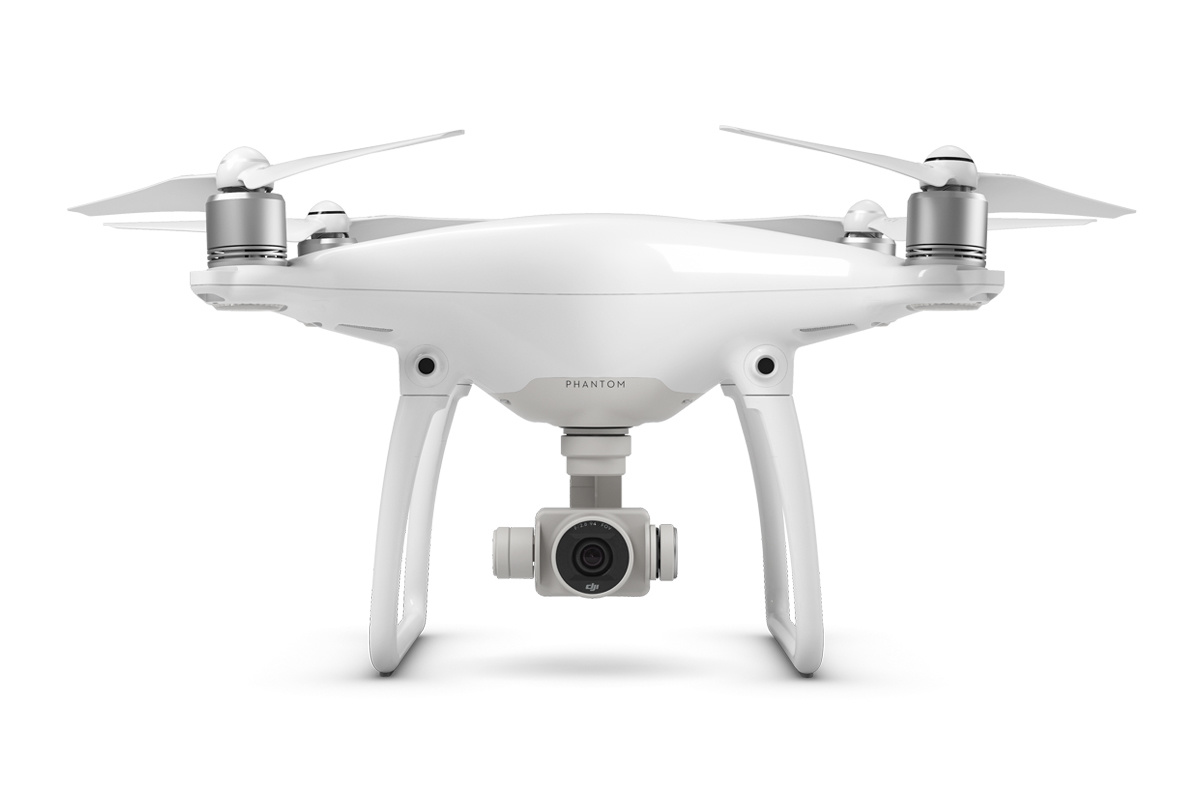 The Phantom 4 isn't cheap, but at $1,399, it's still an excellent value, seeing as your investment is protected by its technology that allows it to prevent what would otherwise become many, many crashes for new drone pilots. The Phantom 4 will be the "first drone prominently featured at Apple Stores around the world," according to The Verge, and is available to order today from DJI.com. 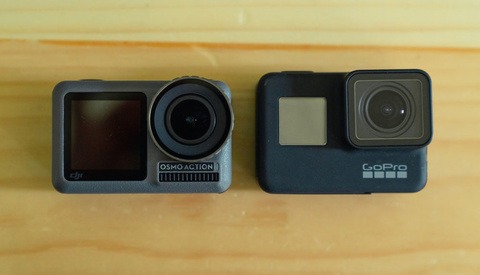 New features look great but why do they still use the 60mbs bitrate at 4K? Its so compressed and blocky, not to mention a nightmare to grade in post.

The only reason to buy an Inspire at this point.

Doesnt the inspire also use the same compressed bit rate?

Inspire 1 has same bitrate. It also offers a dual operator setup which is huge. It also allows an unobstructed 360 view for the camera. It also doesnt look like a toy from Best Buy (which has inherent value)

It's amazing how fast the technology is advancing in these things compared to DSLR cameras.

Not even a joke. For all the pros of Japanese culture, complacency is definitely a big con.

Not that surprising really, more people are likely to buy a $1400 drone than a $4,000 camera, especially when phone cameras are "good enough" for most people. Slap "shoots in 4k" on any thing and the average person won't know the difference between compressed bit rate, 4:4:2, iso performance and noise... whats interlaced, is there an app for that? Make it affordable (relative to what the type of person that would by a $1000 "toy" would consider affordable) and sell the crap out if for 6 months... until 6k comes out.

I know a few people that bought those $500 Parrot drones, that aren't photogs or videographers, just because "Its cool, I can control it with my phone, check out this video I made with the app"... The same person that is gonna buy this guy who was rocking a killer point and shoot mega zoom until their iPhone started shooting video.

Canon shooters are praying for a 5dIV, but honestly if it had every spec we all want how many are willing/able to drop $4,000 to pre-order a camera right out of the gate? But up until the new top of the line camera comes out the consumer cameras get better and better because a dealer will sell well over 100 Rebel models for every 5dx (I really hope that is the name of the new one).

You hit it on the head with when you said the only reason to by the inspire is for the uncompressed video. A pro will pay a premium for the features that are in a camera almost 5 years old (5dmIII), the consumer will by the pretty box with the hot new feature, even if they don't know why.

Wow, did not mean to write that much... sorry if I over generalized.

I dont understand your comment . You are comparing a flying machine with a video camera to a handheld dslr. Seems like apples and oranges to me.

What I meant by the comparison is that the technology will only develop as fast as the consumer will be ready to by it. The professional need is forced to wait for the next leaps in tech while the consumer market catches up...

Canon has been way behind on their upgrades and/or improvements. 4K has been out for a long time now and canon still does not have anything to offer (DSLR format besides the 1dx). Considering the 5DR came out last year, I would not hold your breath for a 5IV. And even if they do release anything,based on their track record,it would already be out of date and have less offerings than current cameras. All my equipment is Canon (Phaseone in Studio) and always has been, but for video there are much better lighter 4k options. Even if you do not need 4K it is the future and is nice to be able to re crop or crop in with all the extra information with 4K. I have been wanting to buy a drone for a while and the recent price drops make it tempting even though I would prefer to hire an expert operator for a Job.

Pretty amazing, I can't imagine what we will be able to do with a 1k$ drone in 5 years...

I hope it will know how to make coffee...

Im learning to fly a cheap Syma before getting one of those, What happens when the gps gets interference or fails and you get a 'flyaway'. You have no idea how to manually pilot it back. Learn to fly a cheap drone first.

That's a good point. Luckily, DJI includes a training mode that electronically limits speed, altitude, etc. You can manually step it up over time. And many of the new systems are actually redundant for safety reasons. They really thought of a lot, here...

yes but no device is 100% fail safe. Also Ive watched idiots on YouTube with an inspire in a car park fly it into a brick wall despite all the 'improvements.

Pretty good innovations! I have a phantom 2 and it did a 1.5km flyaway in a sudden storm and took a week to find. Lucky I had timelapse going! You can find it on youtube if you google phantom 2 flyaway and recovery

The improvements to the camera are negligible, I'm a little disappointed. I had the phantom 2 with a gopro 4. I could film 2.7K at 60fps. Now have the Phantom 3 which I love, but was hoping for a more serious upgrade on the camera front. It seems they put it all in the body.
The Gopro 5 will allow for 4K at 60FPS and probably 120fps at 2.7K, so if their new drone is any good, that's probably where my money will go.

What do you think of this compared to the Snap from Vantage Robotics Adam?

I REALLY loved the Snap when I saw it. I think the built-in "robustness" of that is superb. But there's no doubt that the added sensors and obstacle avoidance are great to have not just for protection's sake (the Snap "protects" with a cage/web-like structure around the blades), but also for filming purposes. ActiveTrack and TapFly with the addition of these sensors is really going to be neat, I think.

Additionally, no one knows how to compare the camera of a pretty-much-unreleased-drone to that of the Phantom 4 (which is also unreleased). It should be interesting to see how each of these features affect each other in the marketplace and on price going forward.

I just ordered the Snap yesterday, can't wait till it arrives in the mailbox! I have high hopes for the camera as it should be pretty similar to the Gopro hero 4 Black in terms of options (fps, resolution) and image quality, and it's form factor should make it much easier for travel (ie. not having to bring an extra bag for the drone, which is a pain when you already have a 15 kg camera bag to bring aboard a plane... :) )

Exactly. That's a huge factor. The best drone is the one you have with you! ;-)

So this is all good and all but what about stills? What sort of MP are we looking at or are they still focusing only on video?

It takes 12-megapixel raw stills, but is definitely more video-centric.

The inspire 1 says it has a 60 mbs bitrate also.. am I missing something here? I can't see a reasons to pay £1300 more for the Inspire?

It's a $1,400 toy for most buyers. It's still pretty cool, however I think my interest would diminish pretty quickly. Drone footage was interesting the first time I saw it, but now it has lost the wow factor. Right along with Super-Slow motion and time lapse.