Australian wildlife photographer, Scott Portelli, has spent the better part of two decades freediving with humpback whales around the tiny South Pacific island nation of Tonga. In this video, Portelli, one of Australia's top wildlife photographers, captures stunning aerial and underwater footage of one of nature's most amazing events—the heat run.

While humpbacks generally feed in colder waters, they prefer warmer waters for breeding and giving birth. Each year between the months of July and October, the whales frequent Tongan waters. The heat run unfolded near the island group of Vava'u, and documents around 15 male humpback whales competing for the attention of a single female.

According to Portelli, the event has been known to last hours and even days. To get the underwater footage, the Aussie photographer bravely positions himself in front of these “40 ton locomotives,” as he playfully refers to them. As if the spectacle was not mind-bending enough, during the pursuit, a pod of rough-toothed dolphins join the frustrated males, who have been known to blow bubbles and lunge at one another.

I’m heading to the South Pacific in a few days and cannot wait to meet and photograph one of these behemoths myself. Have you been freediving with humpbacks? Let me know in the comments below and follow me on Instagram for updates! 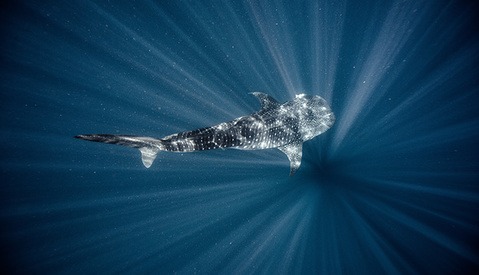 Enjoy this type of nature films. Just stunning to watch.

Very cool, and it looks intense. I sure hope he got it in 4k. It was falling apart on my screen at 1080.

Take this with a grain of salt (I'm a perfectionist) but he uses the "locomotive" analogy twice. Of course people will repeat themselves but it shouldn't have been in the final cut.

That aside, it was pretty cool.

LOL. Do you have two accounts here, Sam?

I noticed he uses the "locomotive" analogy twice. Of course people will repeat comments but they shouldn't.

That aside, it was pretty cool.